Or, “Winter turns to Spring.”

This post contains a few more pictures I’ve taken, showing the results of some more big snowfalls, and then the beginnings of the thaw now that Spring is here.

Early in March we had a snow that didn’t deposit too much on the ground, but covered the tree branches considerably: 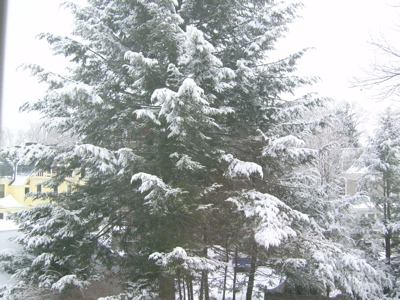 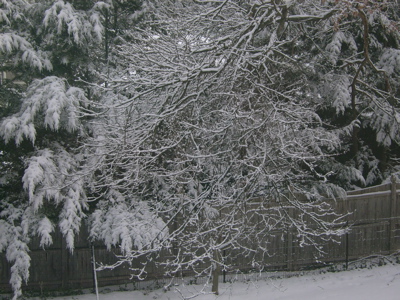 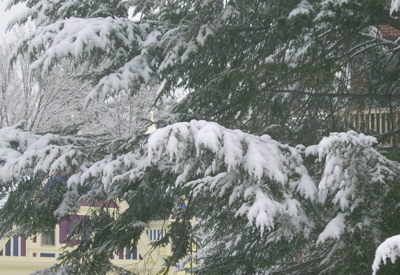 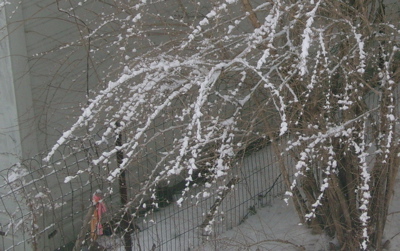 We had a nice big snowfall a bit over a week ago (just after the Ides of March), which plowed up into great honkin’ heaps. I encountered one such heap on a walk, and was amused by the thin path cut through it. It wasn’t really cut all the way through, nor all the way to the pavement, so you had to go up a bit, and through, and then up some more and down – kind of like a mountain pass: 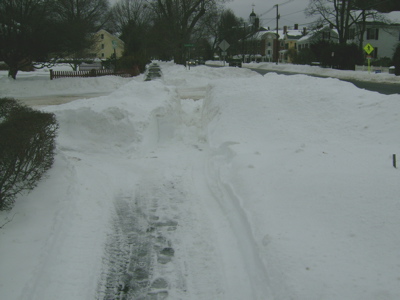 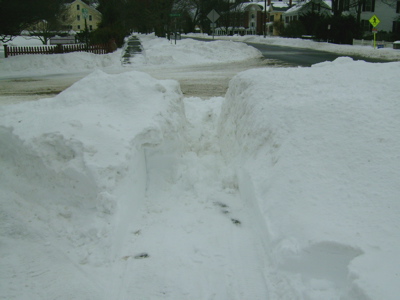 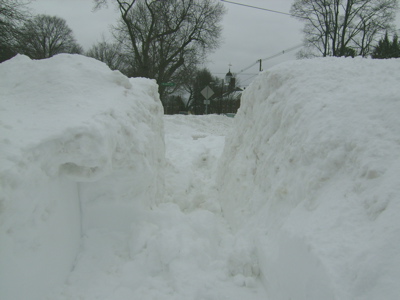 This weekend, much of that snow is gone, as we’ve had high temps in the 50’s all week. I went for a walk through Florence to Look Park, and took a couple of pictures of a creek there among the melting snow: 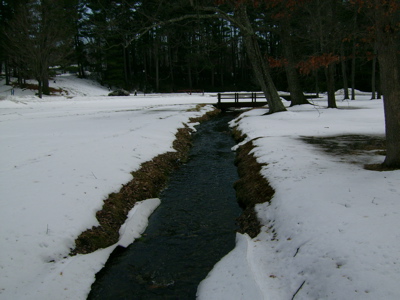 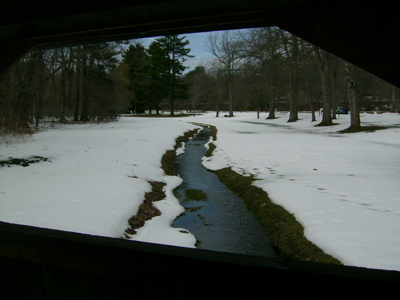 The pictures were taken from inside a tiny covered bridge for pedestrians. 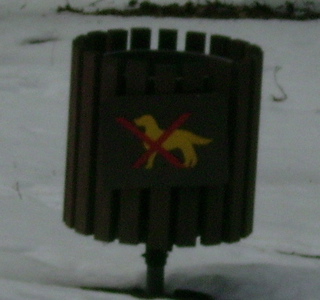 Yes, they tell you not to throw your dog in the garbage can. I wouldn’t think you’d need to tell people that, but I guess it doesn’t hurt to be safe…