Earlier this month we went up to Canada for a week. Specifically, we were staying on the coast of New Brunswick. I took plenty of pictures, and present here some choice ones (mostly of fauna, both domestic and wild).

We were very near the water, and went walking on the beach once a day. On a couple of those walks it was low tide, and we found some jellyfish stranded on the sand. Here is a very purple specimen: 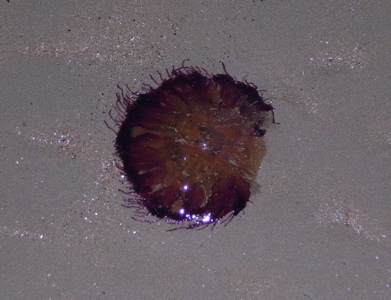 Presented with a foot next to it for comparative size (we know not to step on the things, don’t worry): 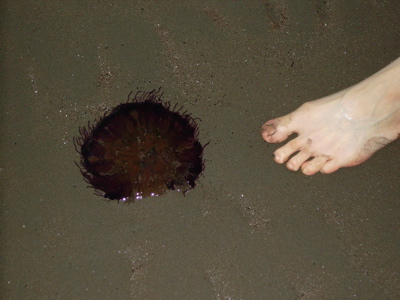 One day while we were up there, we headed out to Prince Edward Island to go see the Belfast Mini Mill. It’s a family business that makes smaller versions of traditional
fiber milling equipment, so that people can start up a milling business, co-op, etc. relatively cheaply and affordably, and process their own yarn in small batches, rather than sending it to big mills where it would get mixed in with other stuff. They’ve sold such equipment to customers all over the world. The Belfast mill makes their own yarn as well, using the machines they manufacture, and they have a bunch of livestock who provide much of the fiber they work with.

The pics I took at the mill are all of the animals. There were sheep, of course, but I didn’t get photos of them. I did get llamas: 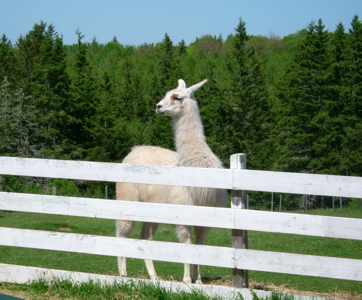 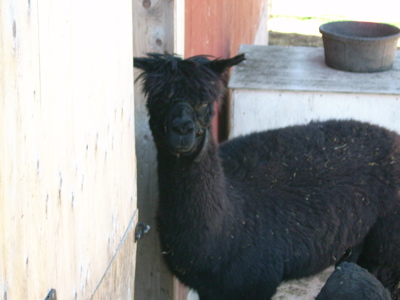 Including a baby llama! 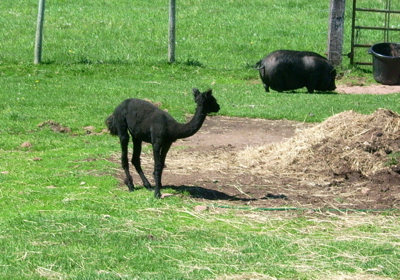 They also had geese, and “pom-pom ducks”: 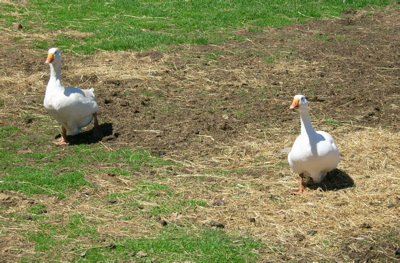 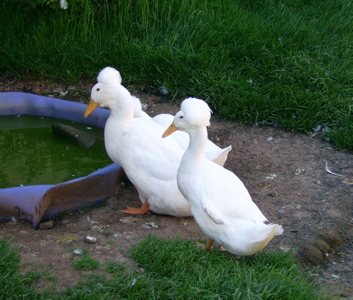 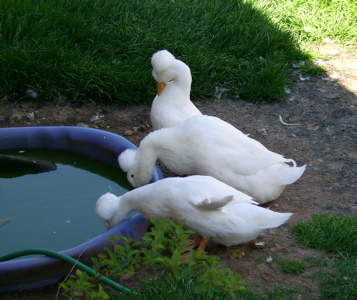 Hiding under an old Karmann Ghia was an angora rabbit: 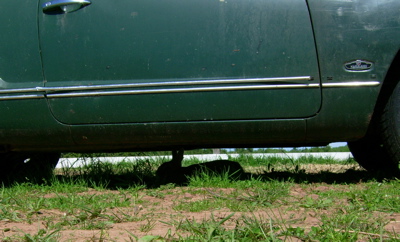 There was also a friendly cow there (whose hair probably does not get spun into yarn). 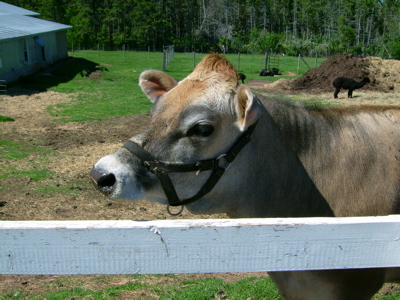 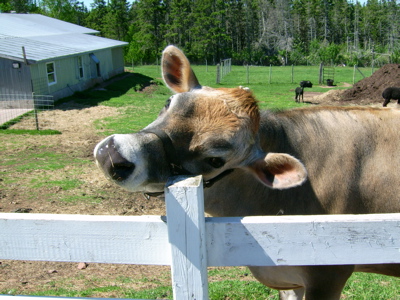 She appreciated me scratching her head, but needed to use the fence post as well.

Also on that day trip, we stopped at a provincial park, and I took some pictures that show the particularly red sand found in PEI. 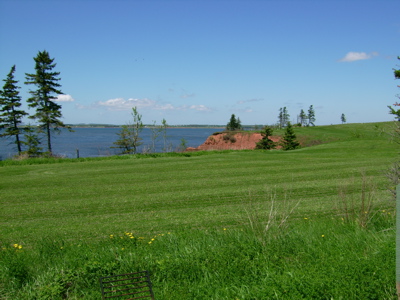 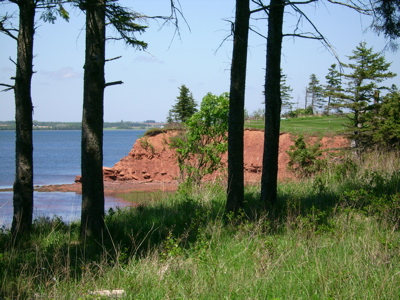 Other than that, the vacation consisted of playing cards and Scrabble, and eating lots of fresh seafood.