Blog : I didn’t hug them goodbye

I didn’t hug them goodbye

There were 2 very tall trees in the front yard of the place we live.Â  It’s a duplex, and our landlord lives in the other half.Â  We were surprised when she let us know in December that those great trees were going to be taken down.Â  I thought it unfortunate that we’d lose the shade of the trees, both on the house itself and on our car in the driveway, but the landlord said they were quite hollow and might drop large branches or worse in a heavy wind.

I decided to document the process of taking them down.Â  At least, I took pictures of the stages of the removal – I was never around when the actual work was being done.

The crew began in mid-January, and did much of the work in a 2-week period.Â  I don’t have a pic of the trees before they started, but here are pictures after the first day of work: 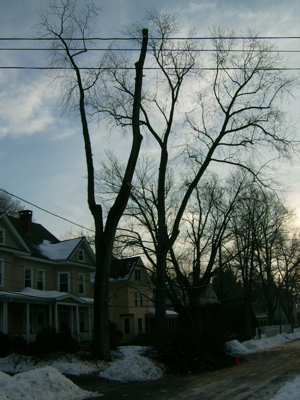 They mainly stripped branches off of one of the trees, and piled some of those branches on the curb for later pickup. 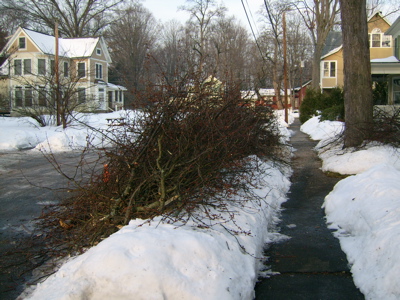 Here are the remaining branches on the other tree, which was mostly untouched at this time: 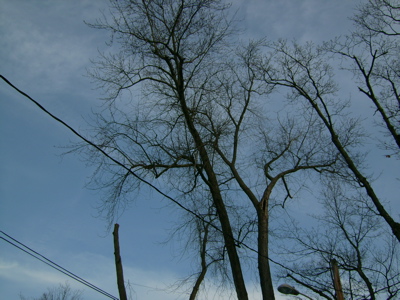 They came back 2 days after that, taking some branches from that tree, and removing a bunch of trunk from the other tree. 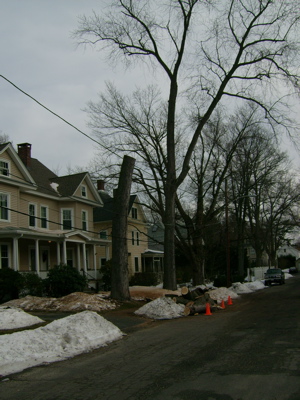 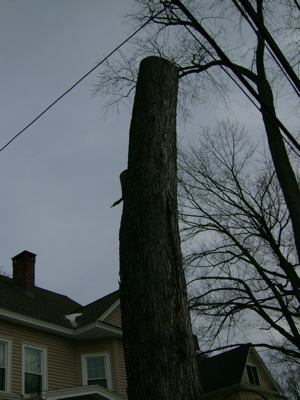 The pieces of trunk were piled on the curb, and you could see just how hollow it had been: 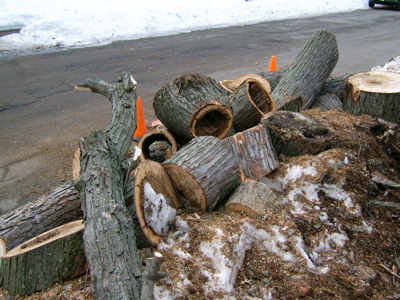 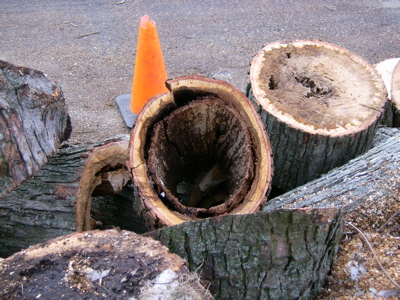 There also started to be a lot of sawdust covering the lawn and snow:

When they next came back, the cut off the upper trunks of the right-hand tree. 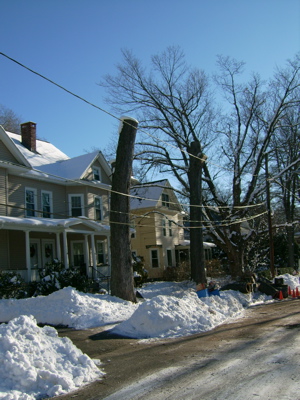 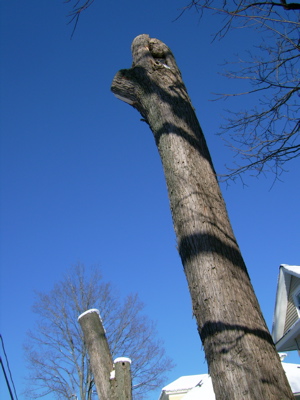 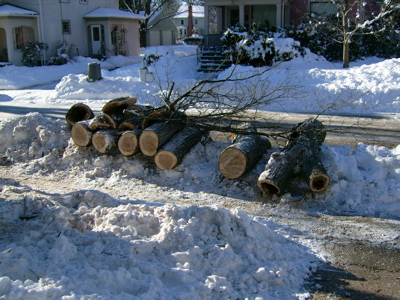 There had been fresh snow by that point.

After that, they picked up those logs, and didn’t come back until early March.Â  For a while, we thought they might leave the bare trunks standing, but they finished the job over 2 days.Â  Here’s how the place looks now: 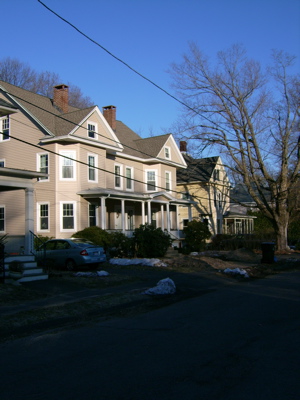 The sawdust got partially cleaned up, but also used to help fill and cover over the holes where the stumps were removed: 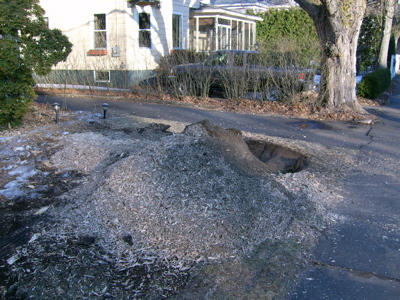 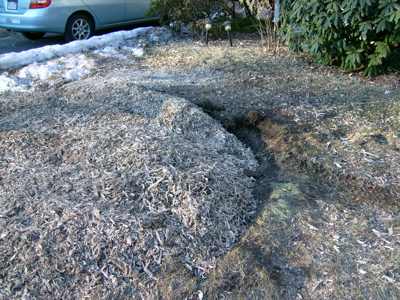