Over Memorial Day weekend I went on my first decent hike of this year. I did another section of the Metacomet-Monadnock trail – namely Section 5.

This section is less mountainous than other sections I’ve done (like 6, 7, and 8), but still hillier than I thought it would be. There is a nice ridge that one climbs and hikes along for much of the path, and it has some good views.

This trail section starts in the Southwest part of Holyoke, and heads up to a point near the city’s border with the Town of Easthampton. Here are a couple of pics of the first good view I came across, looking off to the West at the Town of Southampton. 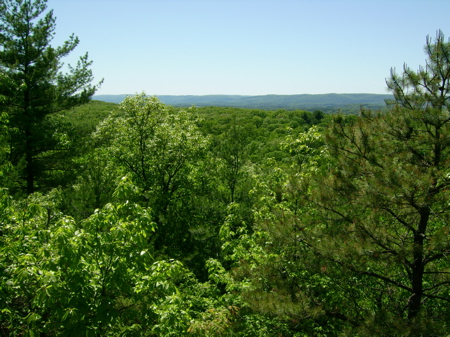 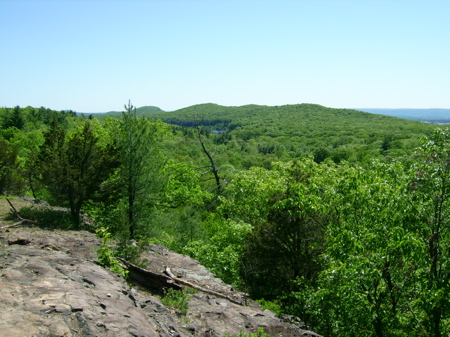 And a little further along the ridge I saw similar views: 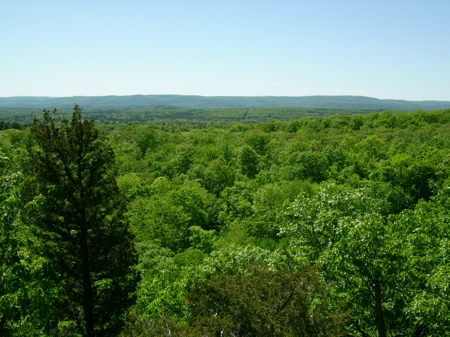 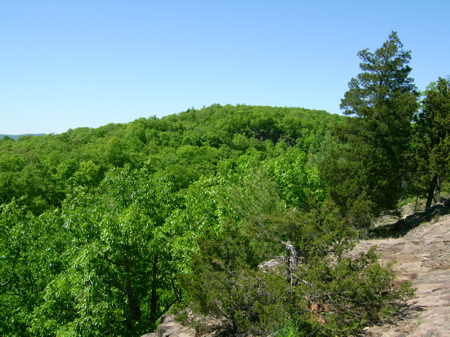 Shortly after those vantage points, I ran across some small trees whose leaves looked as though they were a bit…infested.Â  I don’t know what might have done this to the leaves, or whether it’s harmful to the tree.Â  If anyone can tell me anything based on these pics, I’d love to hear it. 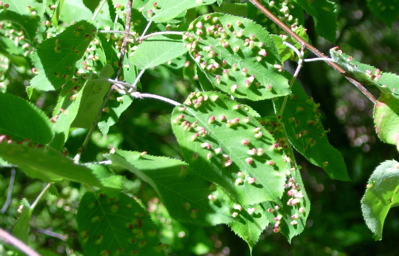 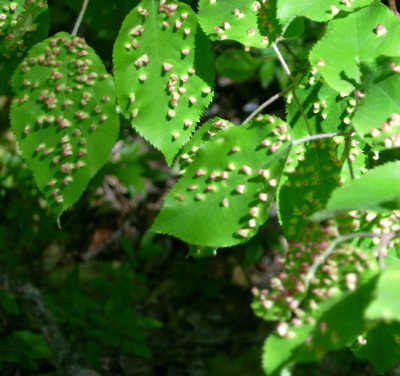 There were other views like the ones above – so much so that I didn’t take pictures.Â  I did get to one point that looked out Eastward toward the river and the town of South Hadley, and here is a picture of that: 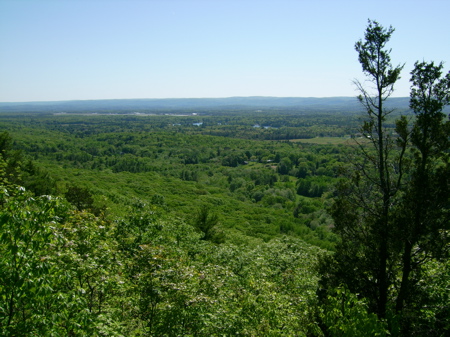 This section of the trail goes past an old radio beacon tower, long out of use at this point.Â  I always think it’s cool to find abandoned human-made stuff in the middle of otherwise wilderness settings.Â  It’s kind of like visiting ruins, only they’re relatively recent ones.

Here are pics of the tower: 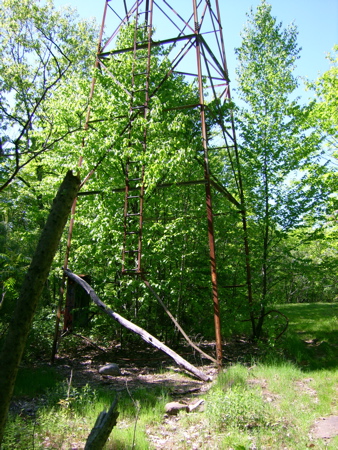 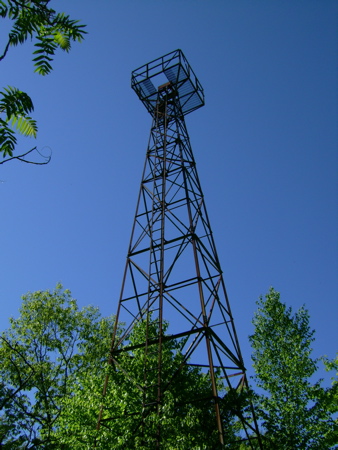 Soon after this point I got a bit lost.Â  The trail is marked with white blazes on trees and rocks, but part of the trail had been moved in the recent past, and they didn’t do a good job of marking the new path.Â  I could only find blazes that had been painted over, marking the old path which one wasn’t supposed to use any more.Â  This happened because a piece of the trail was on private land (many pieces are), and the owner had changed their mind about allowing hikers, or the land had been sold to someone who didn’t want to allow the use.Â  I eventually followed something that turned out not to be much of a path, but took me quickly downhill (and I almost stepped on a snake).Â  I knew there would be a road soon, and if I got to it quickly I could walk along it to find the correct path again.Â  I did get to the road without incident, and found where the path actually comes out and enters the woods again.Â  The rest of the trail section was pretty short at this point – only about a mile or so.Â  This piece was not very hilly, so I made quicker progress.

When I was almost to the end of the section, I saw 3 odd, puffy flowers growing alone in the middle of the woods.Â  I couldn’t identify them, but here are some pictures in case anyone else can: 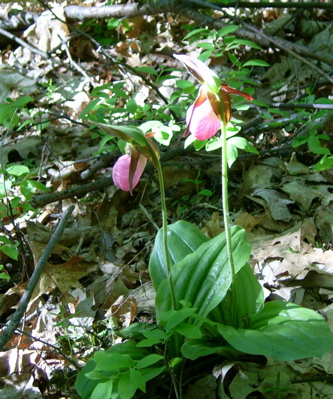 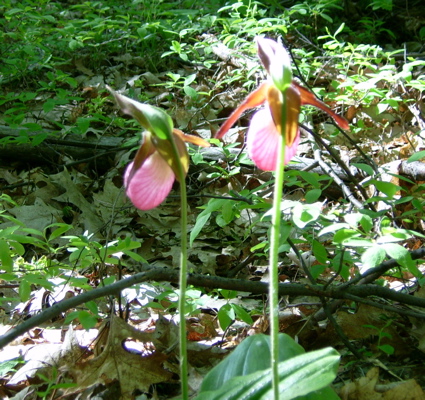 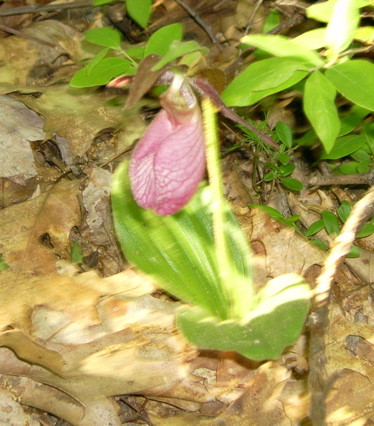 That finished section 5, which is just over 5 miles.