This is the last catch-up post – again posting about something that happened in October.Â  I went to see They Might Be Giants at the Calvin Theater in Northampton, just as I’d done the previous October.Â  Seating was different this time – the last time I’d been there, there were additional chairs setup in front of the fixed seating, and all tickets were assigned seats.Â  This time, the area in front of the stage was open, and tickets for that section were general admission, which was what I bought.

Unlike many previous times I saw Them, there was no opening band.Â  Then again, you could say They opened for Themselves. They played 2 sets, the first of which was composed of all the songs from the album Flood, played in order.

I arrived soon after the doors opened, and was surprised to be able to get a spot right up by the stage.Â  It was over to one side, but right in front of John Linnell’s keyboard!Â  I took a few pictures of the stage before they came out, some of which didn’t work so well without a flash. 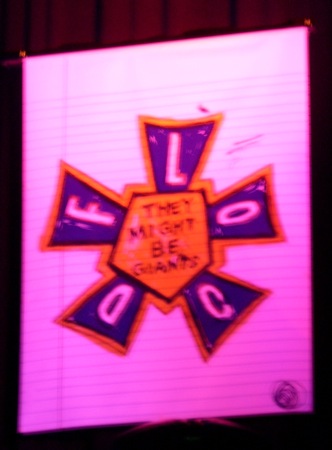 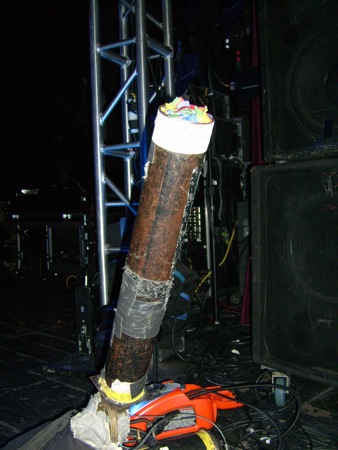 I think it’s self-explanatory what this is: 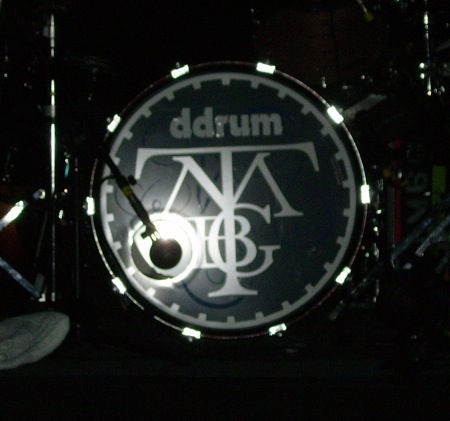 And of course, Mr. Linnell’s most famous instrument (and his coffee cup): 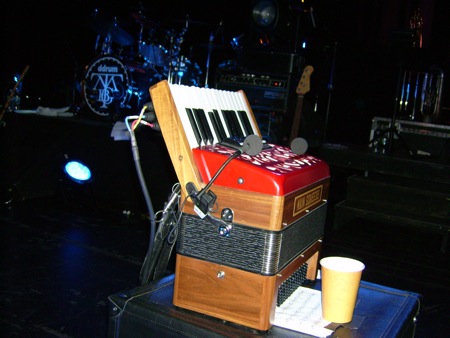 The Flood set was great, as They played some songs I’d never heard in concert (and that They rarely play live).Â  They had horn players with the band, who joined in on appropriate songs, such as Your Racist Friend (on which I think Flans screwed up the lyrics by repeating part of a verse).

Flans broke out a marching bass drum for Whistling in the Dark: 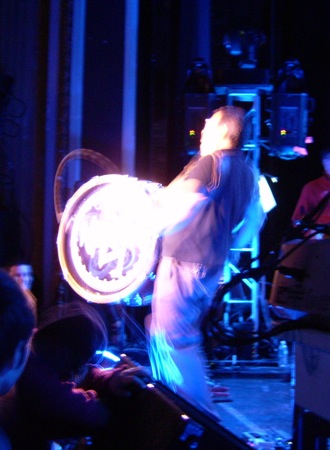 That’s the best photo I have of it.Â  I tried often not to use my flash, partly because there was a ‘no cameras’ sign in the lobby, and I didn’t want to draw the attention of the theater staff.Â  Eventually, I got tired of blurry photos and turned the flash back on.

At one point (I don’t remember which song), Flans passed his guitar into the audience so people could play it. 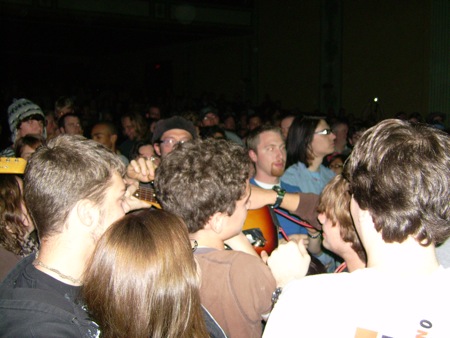 During the intermission I got a picture of the non-Flood backdrop: 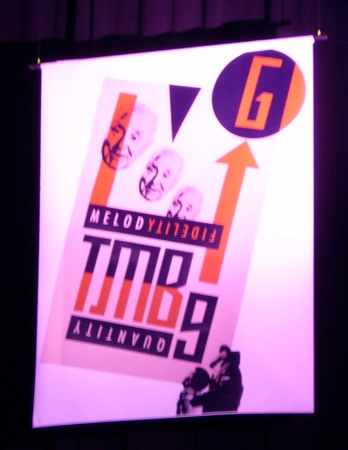 and the setlist for the second half: 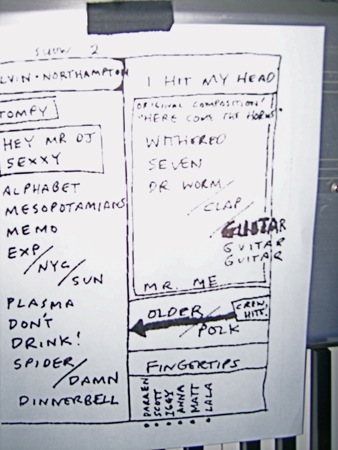 to spell out the listed songs:

The first thing written under the name of the venue looks like “rompy”.Â  I believe this just refers to Their intro music as They came out on stage.Â  They then played:

They went right from Dinnerbell to Here Come the Horns.Â  The setlist has written “I Hit My Head”, which would refer to a Mono Puff song, but They didn’t play it or anything like it.
They did 2 encores:

The first was Older/James K. Polk, during which Flans thanked the crew, and the second was just the song Fingertips.Â  Normally, the confetti cannon is used during James K. Polk, but Linnell decided (couldn’t tell if it was planned in advance or not) to shoot it off earlier.Â  If memory serves, it was during Clap Your Hands or The Guitar. 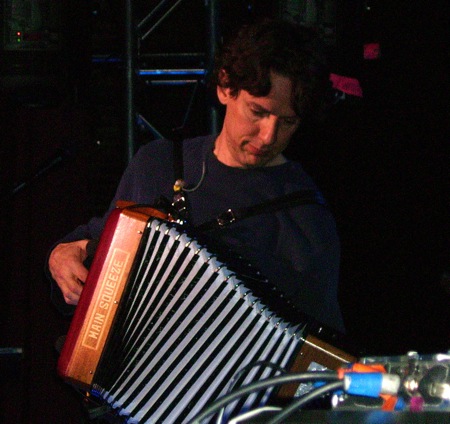 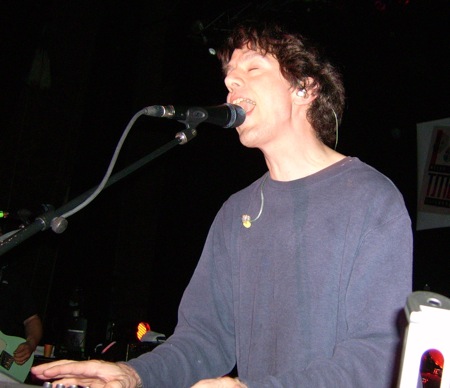 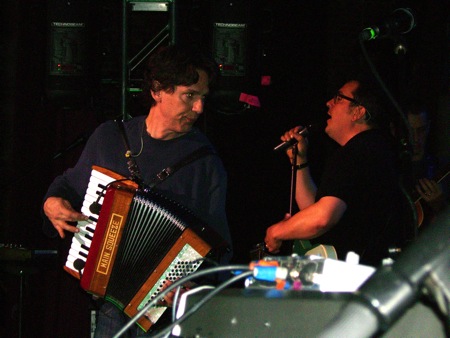 After the concert was over, the drummer, Marty Beller, came out on stage to say Hi to fans: 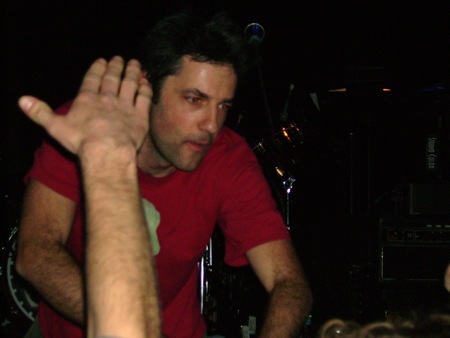 And so ended my 10th time seeing TMBG in concert.