Blog : One Redo, One New

One Redo, One New

Over the 4th of July weekend I went on a hike covering sections 10 and 11 of the M-M Trail.Â  As longtime readers may remember, I attempted section 10 once before, but didn’t finish it because of a change in route that I didn’t know about.

The hike started out in pretty Holland Glen, which is home to this waterfall: 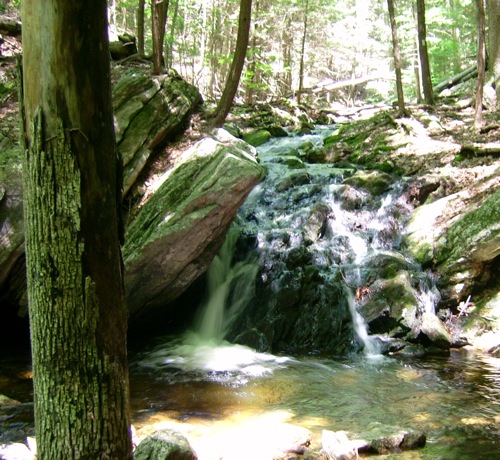 From there the path crosses the stream and ascends along the bank for a while, then eventually heads away from the water and along a ridge.Â  Then it descends a ways and comes to an old dirt road, then gets away from that and follows an old stone wall for a while, before meeting up with a horse riding trail (some of which is described in the post from 2 years ago).

At one point, the horse and hiking trails are together, but the white blazes which mark the M-M Trail have been erased from that section, at the request of the land owner (though you can still hike it).Â  The trail comes to a junction where one can go straight or turn right, and the signs for the horse riders point to the right.Â  I thought I remembered that right was the direction to go for the M-M as well, so I went that way.

I remembered wrong.Â  The trail twisted around a while, and went over some rickety bridges made of logs and wood pallets, which were broken in spots.Â  I did fine crossing the bridges, but I can’t imagine that horses would have a very easy time with them.Â  Eventually, this trail dumped me out on a road.Â  If I had kept on the correct trail, I would have come out on a road as well, but a different one.Â  Gulf Road was what I wanted, and walking to a nearby intersection told me I’d come out on Gold Rd.Â  This was the intersection with Gulf, so I hiked West along Gulf to where I would have come out, and then kept going down the road to the new point where the trail continues into the woods (I had read the online trail updates this time).

Once I was back on the right trail, there wasn’t too much left of section 10.Â  I did come across an interesting sight before reaching the end of this section – a tree that grew in a circular path (perhaps helped by humans?): 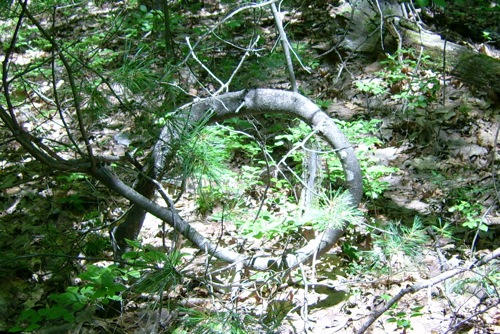 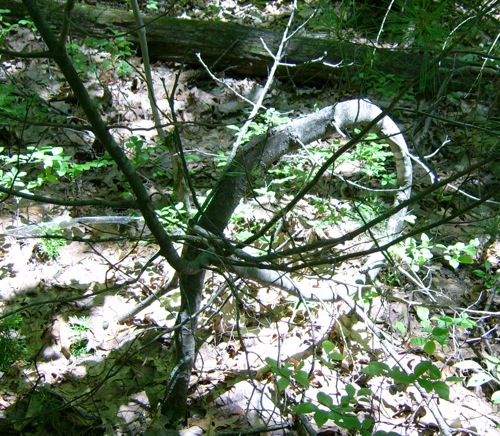 I got to the end of that and took a bit of a rest, and then continued with section 11, which I’d never hiked before.

At first, section 11 ascends a hill known as Mt Lincoln.Â  At the top is a radio installation and old fire tower: 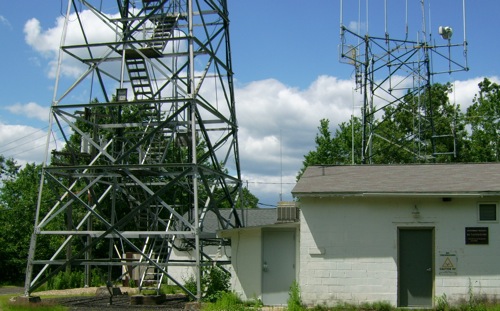 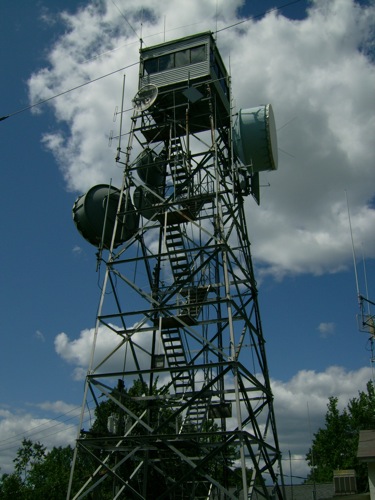 The guidebook mentions the great 360-degree view from the fire tower, but there are “No trespassing” signs on the tower, so I couldn’t go see for myself.Â  I did take a picture of a tall radio tower, though: 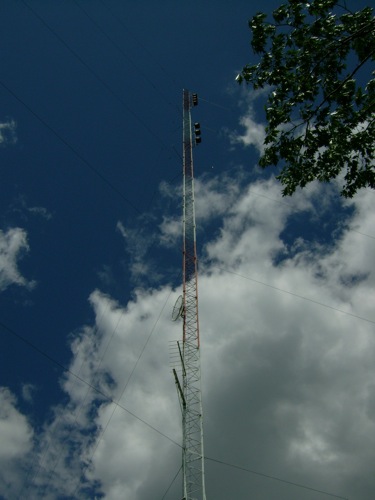 From here the path went down through more woods, eventially crossing the somewhat busy Amherst Road in Pelham.Â  On the far side of that crossing, the guidebook warned of poison ivy, which I noted and avoided.Â  The trail then went through a lot of pine forest, with little to no undergrowth.Â  There were just a lot of dead needles all over the ground, so the trail markings on trees were very useful, as there wasn’t always a clear path.

The trail came to a dirt road, and went along it a bit, before heading into more woods.Â  I saw a couple of people walking dogs on the road – besides them I had encountered 2 other hikers earlier, and those were the only people I saw the whole time (except when I crossed a road and cars went by).Â  Just after leaving that dirt road, I was in water supply land for the towns of Pelham and Amherst, and came to a stream just past a reservoir dam.Â  Here is the waterfall coming off the dam: 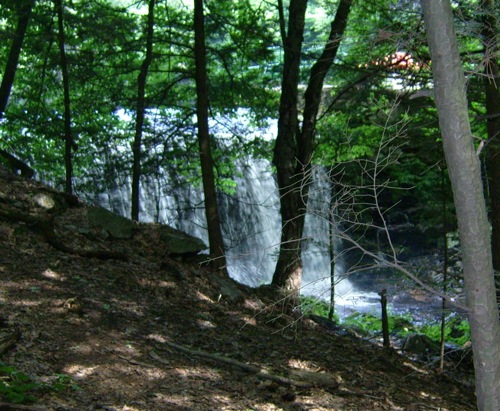 Best shot I could get, really.Â  The path followed this stream for a while after that.Â  Here’s another shot of the stream:

I think this might be Amethyst Brook, but I’m not positive.

Eventually, it came together with another brook, and the path started heading upstream along the other one.Â  I took a picture of this bit of falls/rapids: 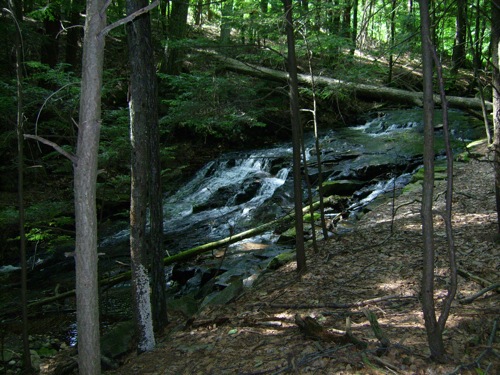 and then found that I was at the end of the trail section just after that.Â  I passed a sign that labeled this area as the Buffam Falls conservation area, so I think that last picture may be Buffam Falls itself (alluded to in the guidebook).

Overall, I covered about 7.5 miles (maybe closer to 8 with some backtracking and my wrong turn).Â  Total hiking time: 4.25 hours.