In mid-July, I went on a business trip to Memphis, attending a conference put on by a software vendor.Â  It was my first time being anywhere in Tennessee.Â  The person who wanted me to go, and who was in charge of the travel budget, insisted that I should stay in the same hotel where the conference was taking place: The Peabody.Â  It’s a rather fancy, historic hotel, but when I checked in, I was informed that I’d been upgraded to the Peabody Club.Â  Among other things, this meant that my room would be on the exclusive 12th floor, which you can only get to by putting your room key in a slot in the elevator (this turned out to be more of an inconvenience than a feature – it’s certainly not like I was worried about the riff-raff populating my hallway).

My room turned out to have a few amenities I’m not used to from past lodging experience.Â  For one, in addition to a couple of chocolate squares on the night table, there was also a plate of confections: 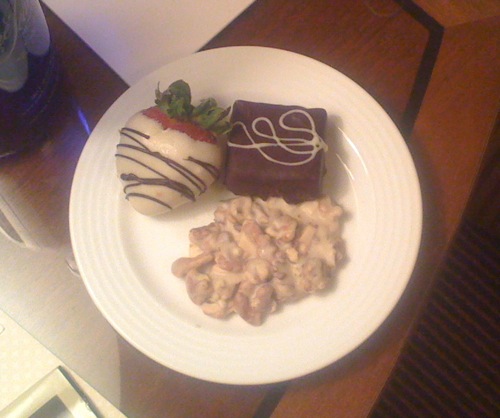 That’s a white chocolate-covered strawberry, a petit-four, and a white mixed-nut cluster.Â  It turned out that they put a new such plate in my room every evening (and it was the same stuff each time, except that one night the cluster was dark chocolate instead of white).

The room also had an lcd tv, which wasn’t of much interest to me since I didn’t watch any tv while there.Â  It also had a nice Bose radio instead of the usual cheap alarm clock.Â  Here are other pics of the place: 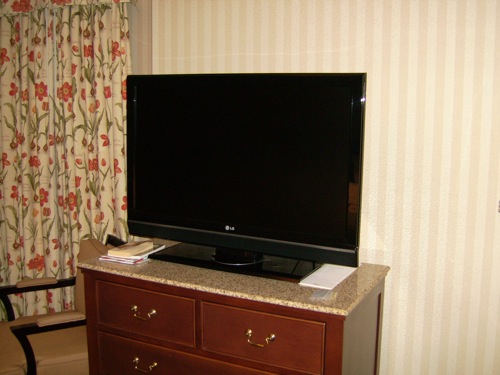 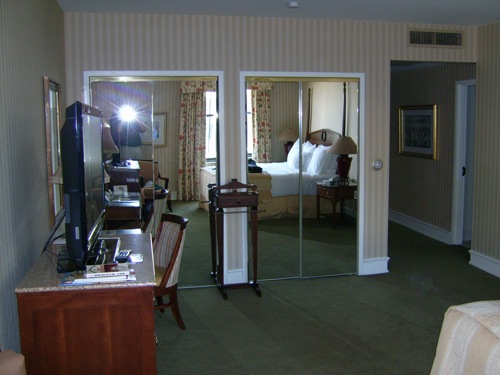 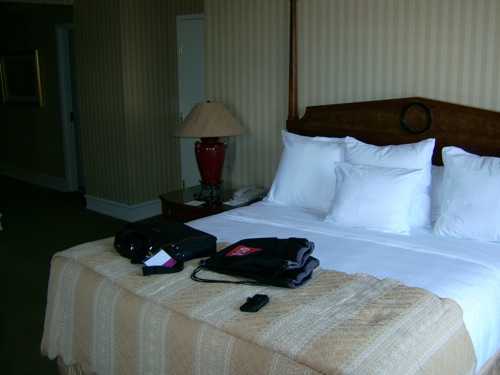 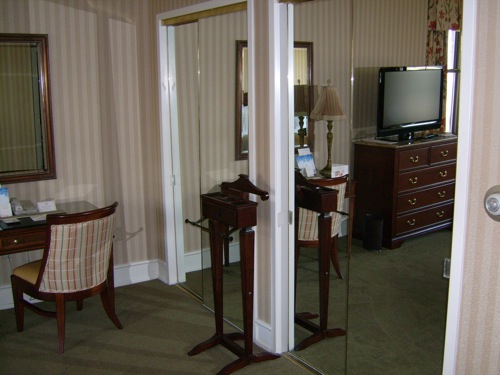 And here is the view out one of the windows: 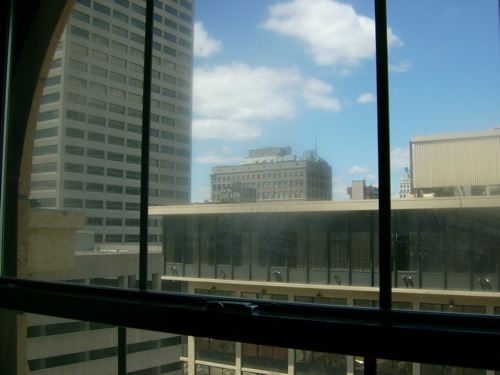 Including a little architectural feature: 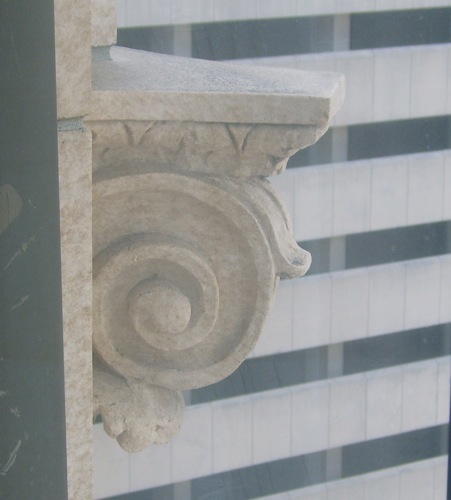 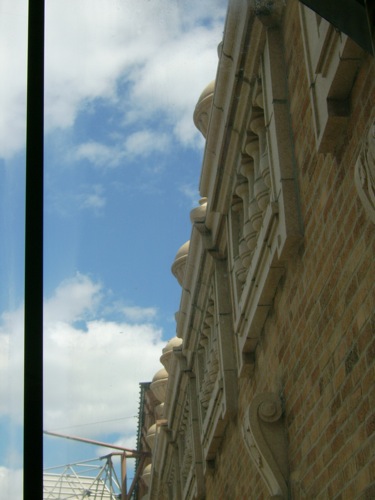 Later on, I was on the roof, and took a picture of that window from above (the one with the rounded top): 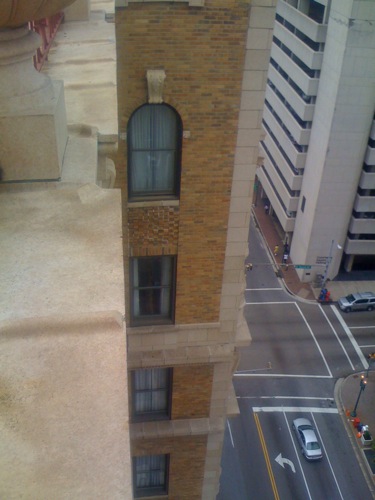 The rooftop had some nice views of the city (and the river): 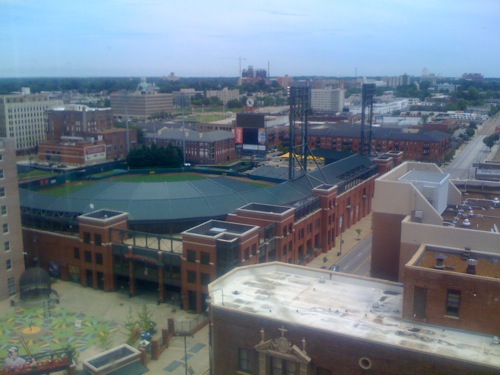 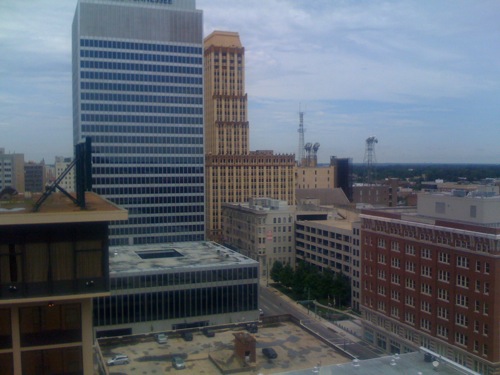 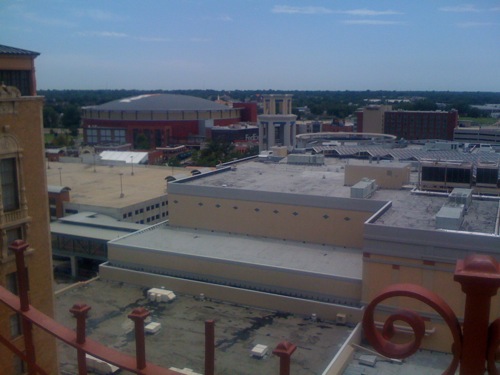 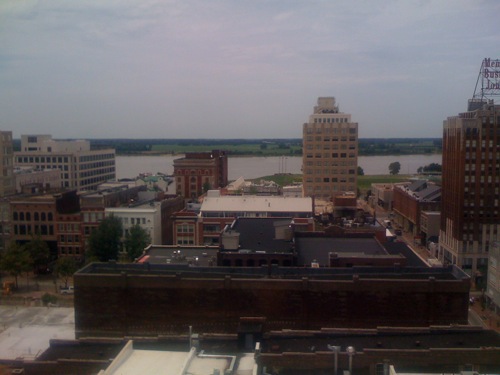 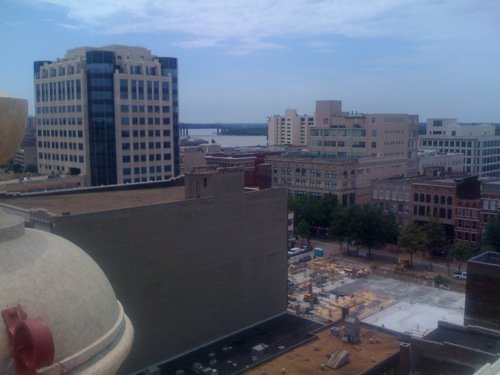 Also on the roof was this structure, which one could not enter: 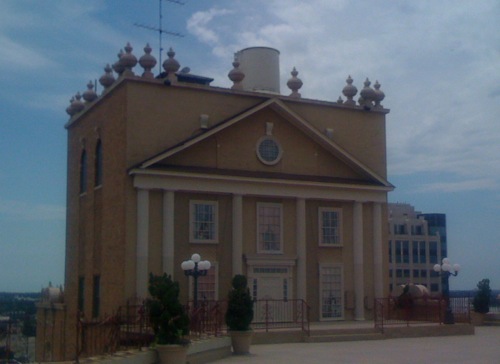 But it had these creepy-looking paintings of children in the windows: 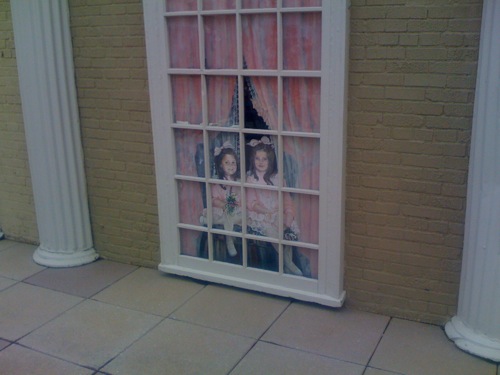 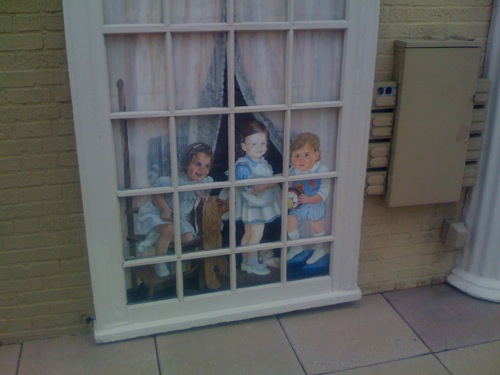 Here is the neat sign on top of the place: 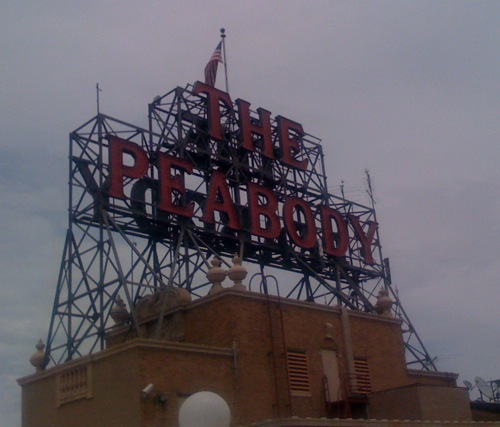 The Peabody is also home to the “World Famous Peabody Ducks“.Â  I had not heard of them (or the hotel, for that matter) before I planned this trip, but apparently they are pretty well-known.Â  The ducks live most of the time in an enclosed area on the roof called: 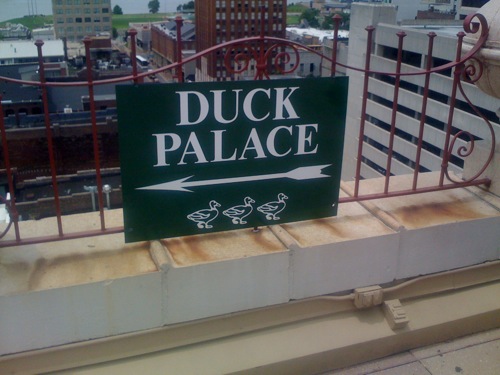 In their palace, the ducks have their own little fountain, as well as a miniature version (not exactly to scale) of the hotel: 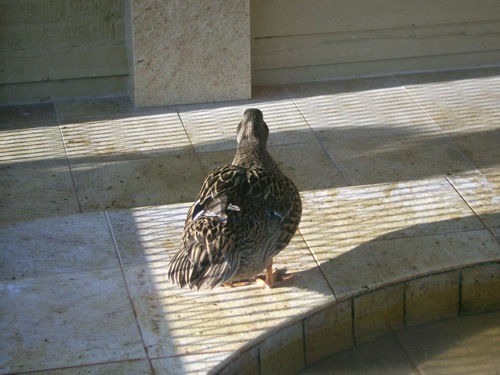 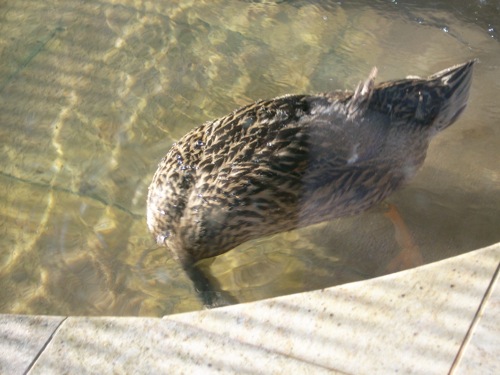 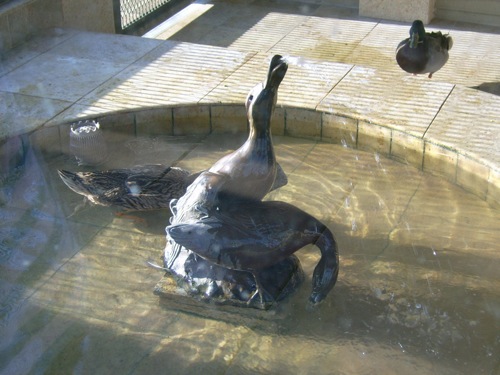 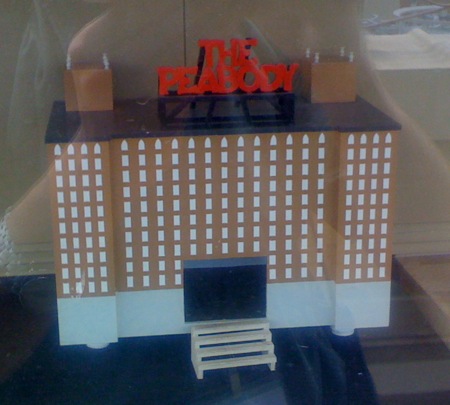 At one point they were all partaking of some salad: 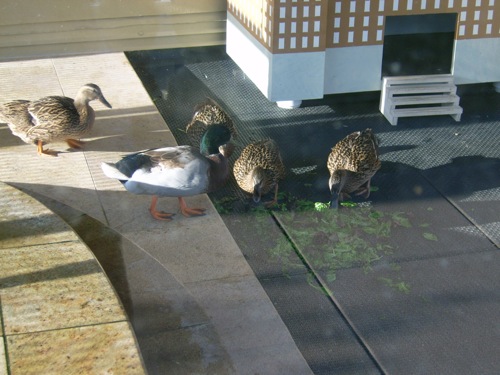 Part of each day, the ducks are not in the palace.Â  They are led in the late morning to the fountain in the lobby of the hotel, and there they stay until 5pm.Â  I got a few pics of them in their daytime workplace: 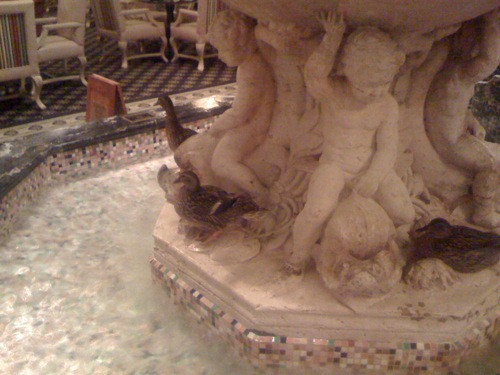 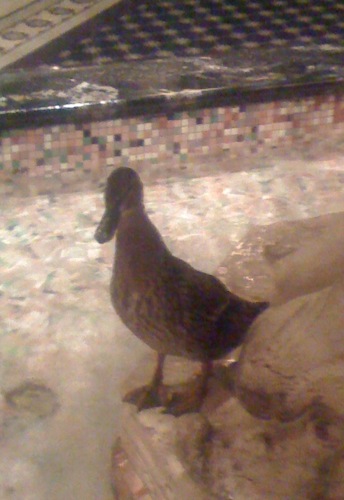 The ducks seem to be a major attraction, as people come to the lobby in large crowds (whether or not they’re staying at the hotel) to see the twice-daily duck marches.Â  Duck logos are printed on all of the hotel’s materials, stationery, etc.Â  Did I mention that they even have duck-shaped soap? 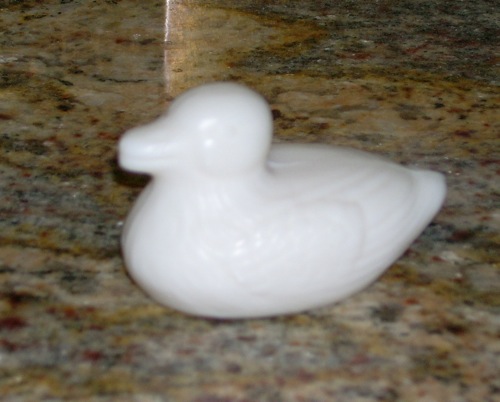 That soap in now in use at our bathroom at home.