This is my final post from the trip to Canada last month.Â  Toward the end of the week there, I got a chance to go hiking in Kouchibouguac National Park, which is about an hour North of the city of Moncton.

Something that’s interesting about the park is the variety of different types of forest and other vegetation found there.Â  The first trail we hiked was through a fairly deciduous forest, with some tall pines (and wild blueberry bushes!), and it came out on a tidal bay, pictured here: 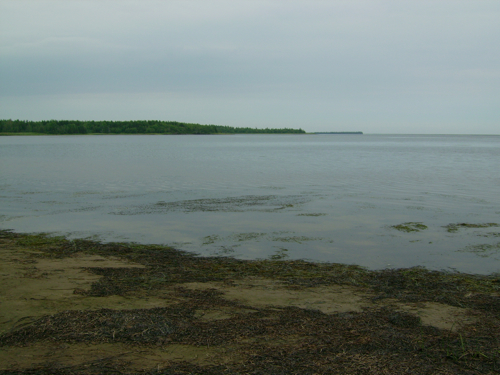 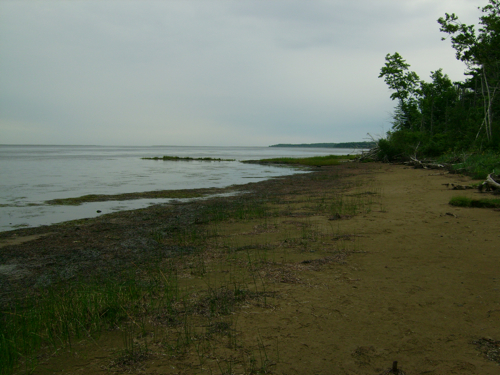 Here’s a slightly different part of the bay, seen at a different point on the trail: 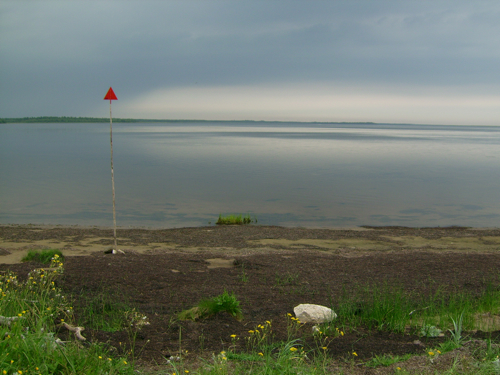 I don’t know exactly what this thing is for, but I would guess it’s supposed to be visible from well out in the water:

The next trail was a boardwalk that went out onto a dune and barrier island: 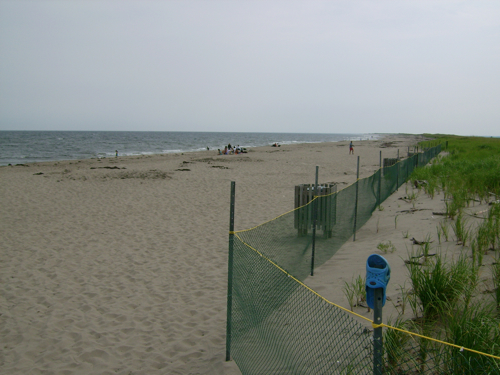 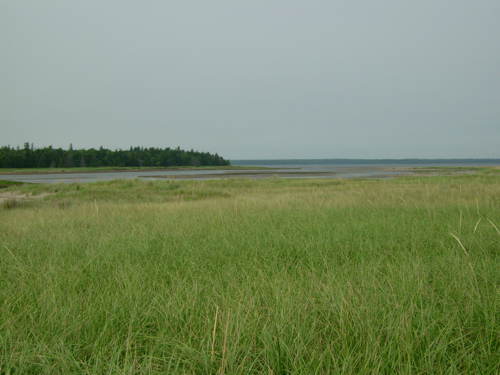 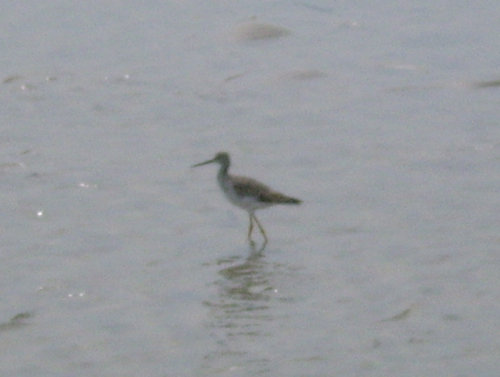 The estuary between dunes and shore: 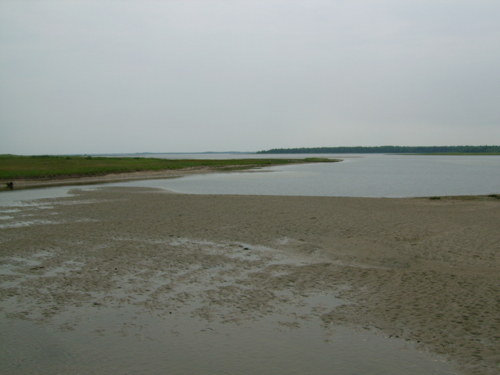 After that, we took a short trail that went through a salt marsh.Â  Here’s a picture of the marsh grass: 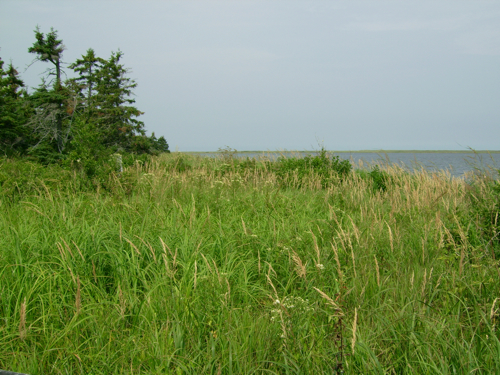 According to one of the signs, some of what grows there is known as elephant grass, which can get as tall as 3 meters!

On the way back from that trail, near the parking area, I spotted this critter: 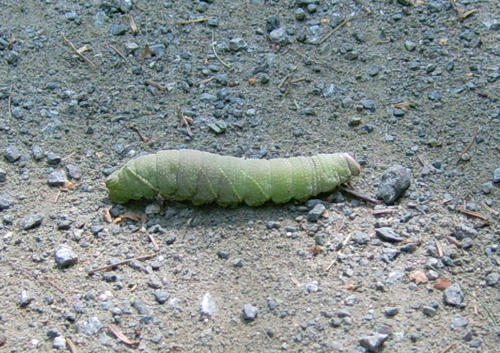 To give you an idea of its size, here it is in front of my foot: 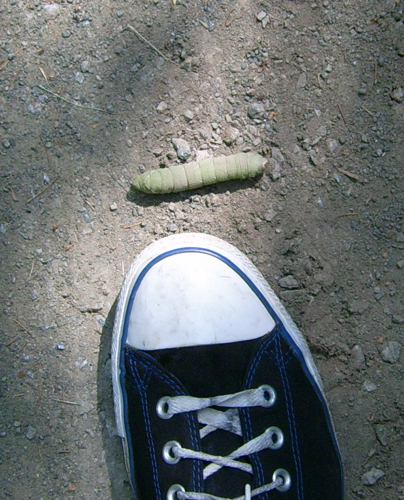 Next we went on a trail through a cedar forest.Â  The cedars are traditionally considered sacred by the Mi’kmaq Nation, and the tribe has a wigwam near the trailhead for teaching visitors about their customs and culture: 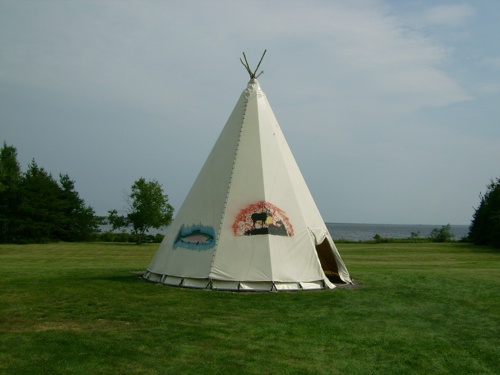 Nothing was going on inside while we were there: 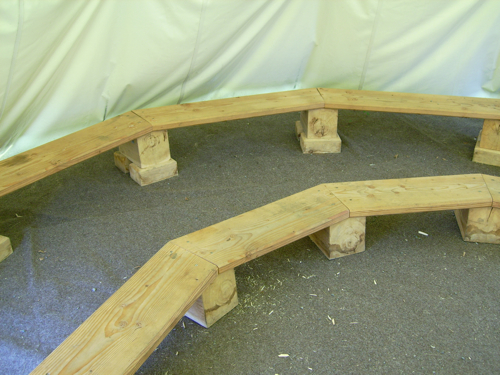 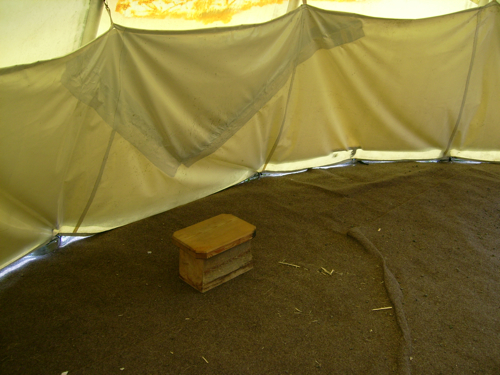 The trail itself certainly had a number of cedar trees, some of which had a strange-looking moss growing on them: 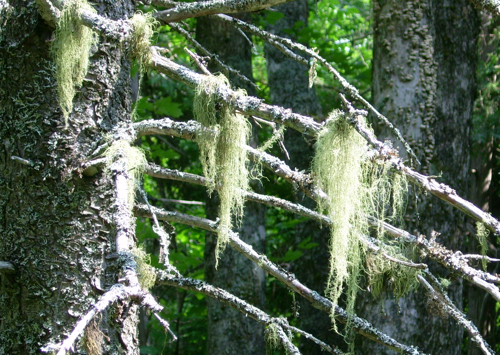 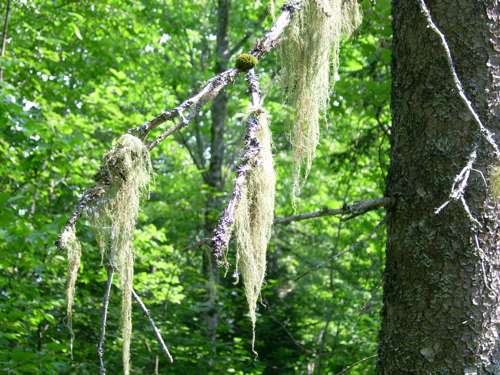 We went on one more trail after that, which supposedly contained an abandoned beaver lodge, but at the point where a sign talked about the lodge, it was completely hidden from view by bushes.Â  No pictures from that trail.

The total hiking distance was around 10 km, and we spent about 4.5 hours there (including a break for lunch).Â  It’s a lovely park, and I hope to go again sometime.Â  If you should ever find yourself there, though, bring some mosquito repellent, because there are great hordes of the insects there.