Over the long Independence Day weekend, I went for a bike ride into the towns of Shutesbury and Leverett (both hill towns to the North and East of Amherst).  I intended to visit 2 places, and maybe make it to one or two others.

The first place I wanted to go was Baconville.  What is Baconville you ask?  That’s exactly what I wanted to know.  There is an intersection in Shutesbury which, if you look on Mapquest, is labeled ‘Baconville’.  I first spotted it on a map of the area on the National Weather Service page (it isn’t there any more).  That label doesn’t show on Google maps, but if you try mapping ‘Baconville, MA’ on Google, it will point to the same intersection: 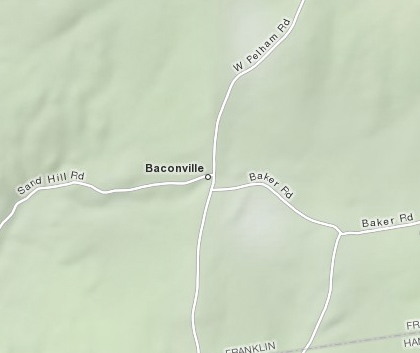 Basically, it’s where Sand Hill Rd. and Baker Rd. meet W. Pelham Rd.  I couldn’t find info online about it, so I thought I’d go see what was there.

To get there, I rode through Amherst into the town of Pelham, and then came North on Buffam Rd. (which turns into W. Pelham Rd.).  That road involves a good deal of climbing, so I had some slow going.  On the way up, I spotted this interestingly colored house: 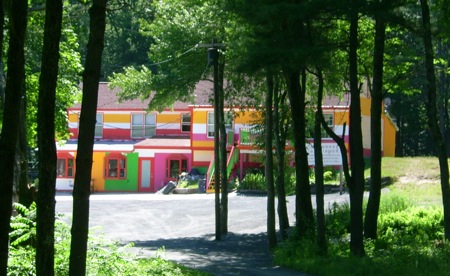 There were 2 flagpoles near the end of the driveway, one flying a US flag, and the other with a flag that seemed to have the same colors as the house: 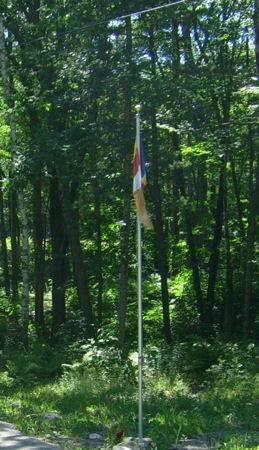 However, I couldn’t get a very good look at the flag.  I tried looking for flags of other countries, but couldn’t find one with that color combo.

Continuing on, I soon came to the crossroads known as Baconville.  And here’s what I found: 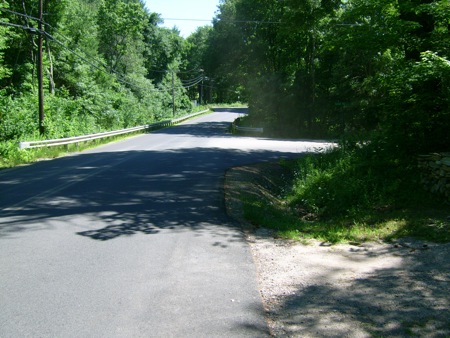 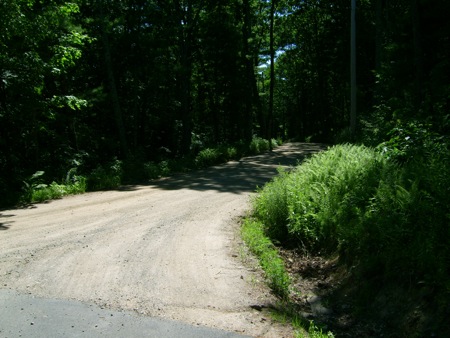 There’s not much there.  I definitely had the right place, as evidenced by the street signs: 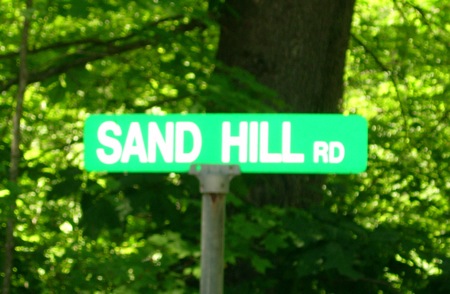 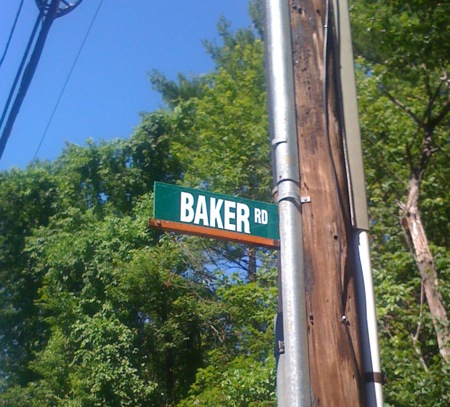 There were a few houses, one of which had some nice stone walls: 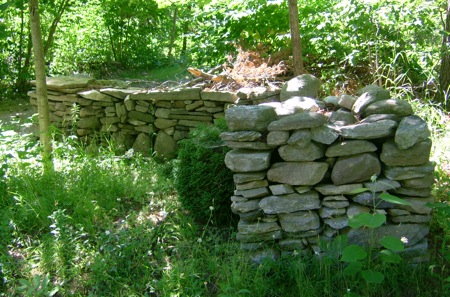 And an electrical or phone transformer of some kind: 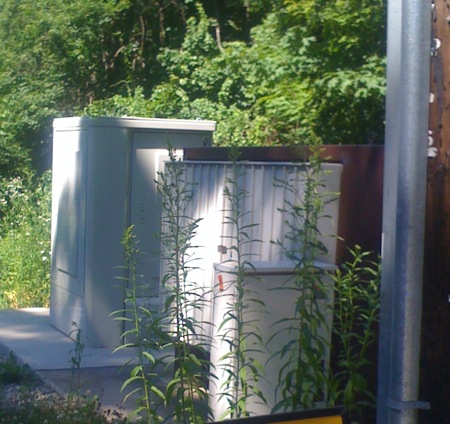 But nothing else to speak of. 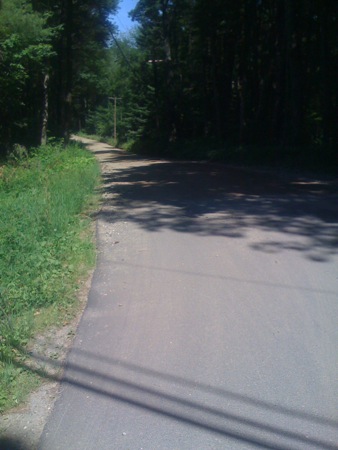 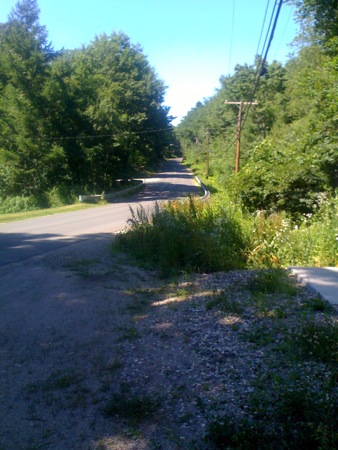 I looked for a sign, or a historical marker of some kind, but found nothing.  Perhaps I’ll have to check with the town historical society sometime.

From there I continued North, and bore slightly East toward Leverett.  I ended up traveling on a dirt road for quite a ways, which is fine, as long as it doesn’t get too steep.  However, there were a couple of spots where the road headed downhill to steeply for my comfort, given the loose surface, so I walked my bike in those areas.

I did come across a lovely marsh area while still in Shutesbury.  Here are some views of it on either side of the road: 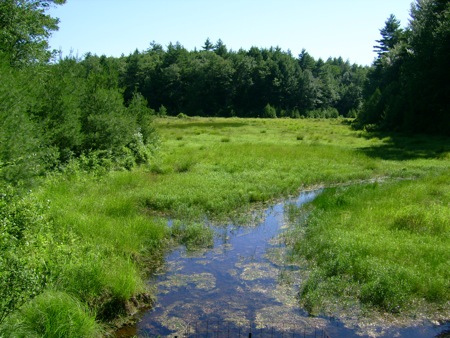 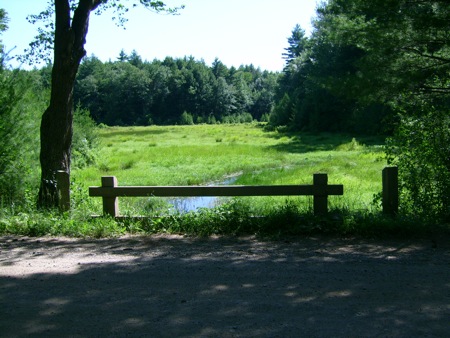 A bit further up the road, there was a dam that the wetland flowed over into a creek.  Here are shots of the area above the dam: 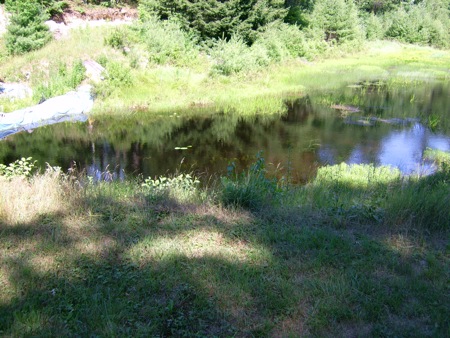 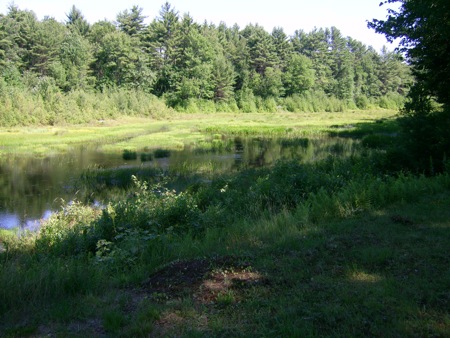 And the dam itself: 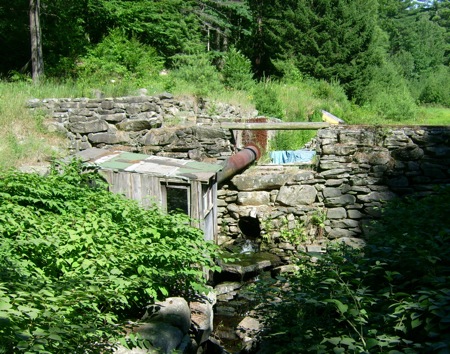 Just after that dam, I entered the town of Leverett.  Not long after, I came to the end of the dirt road I was on, where there was what looked like an old mill building with a creek running past (probably the same waterway that the marsh fed into). 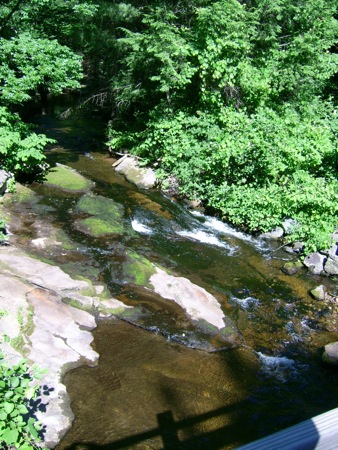 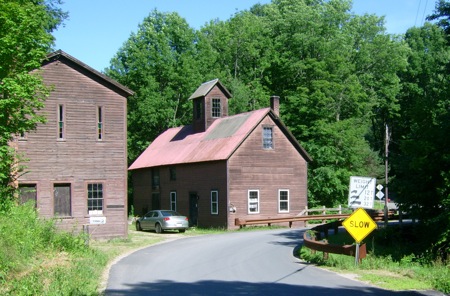 I almost immediately turned onto another dirt road and came to my next destination, the Leverett Co-op: 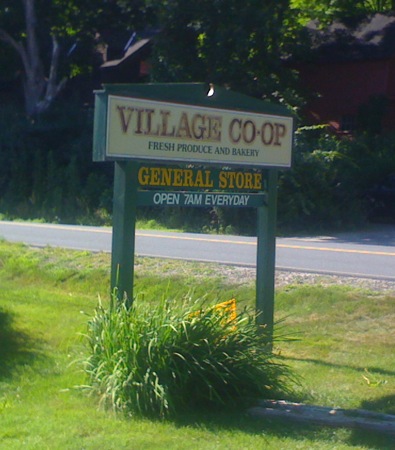 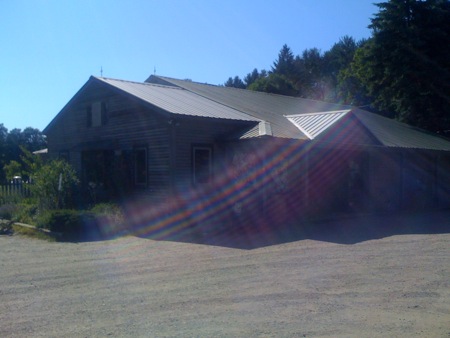 Yeah, not a great picture of the building, but the sun was behind it when I was there.  I stopped in for some extra water (and a cherry-cheese danish).  It’s a neat little place, and would be very convenient to shop at if one lived up in the Northern part of Leverett.  Besides selling groceries, there’s a little cafe there, a computer with Internet access (not sure if it’s high-speed), a playground (with old merry-go-round):

and also a quiet garden with peaceful decorations: 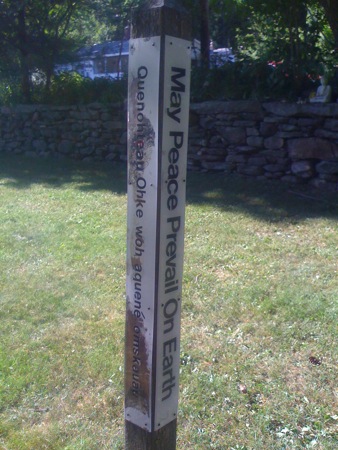 This fellow also resides on the grounds: 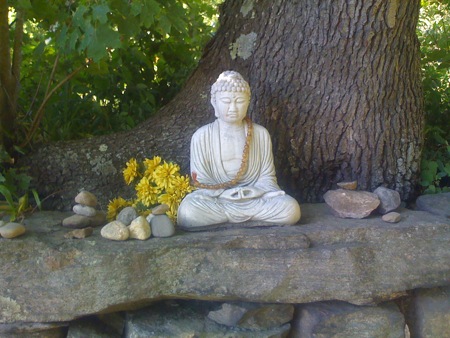 I left the co-op and traveled down the dirt road that it’s on, called Rattlesnake Gutter Rd.  I had not paid close attention to the road as marked on Google Maps – if I had, I would have noticed that the road gets very thin for a while.  It turns out that the road climbs up a hill, and then becomes closed to motor vehicles.  It turns into a gravel path only open to bikes and pedestrians, which goes through a conservation area.  Once again, I found myself having to walk the bike through parts that were downhill, but it was definitely worth going through there.  Rattlesnake Gutter turns out to be a pretty gully in the hills, and I took a few photos: 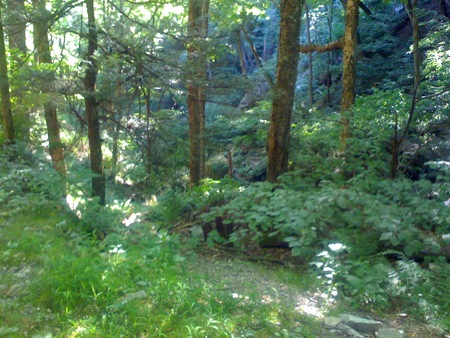 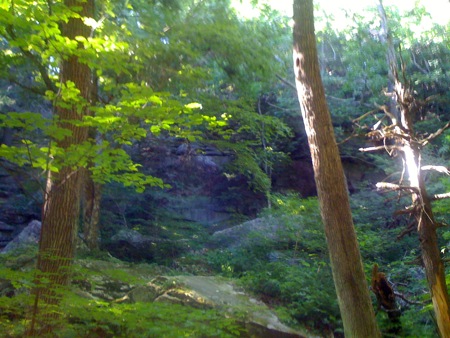 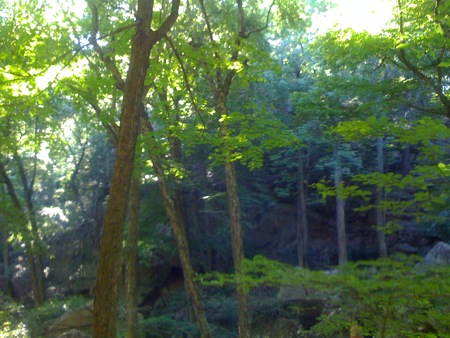 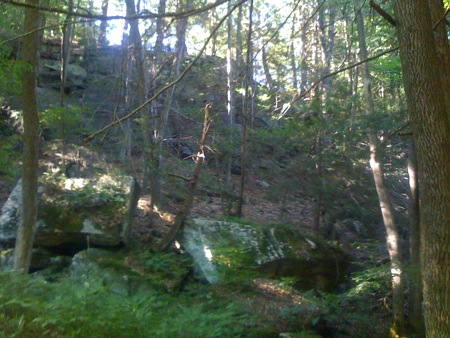 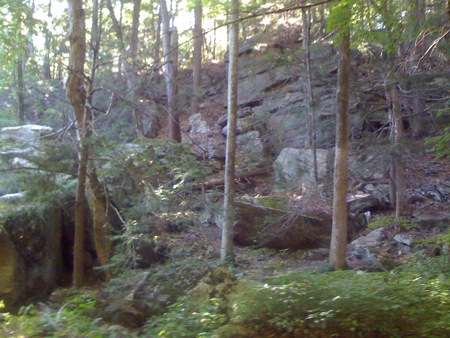 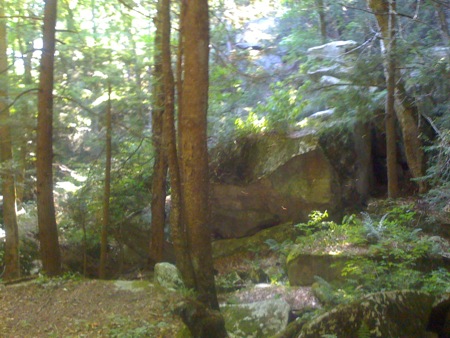 Eventually, I passed a gate at the bottom of the hill, and the road turned into a road once again, and not long after intersected a paved road.  From there I pedaled down through Amherst and home.