A few weeks ago I biked up to Greenfield, MA to check out the Brick and Mortar Video Art Festival.  It was a one-day presentation of many video installations at 5 different buildings in town, all 5 of which were in at least partial need of renovation.  I had not heard of the festival before, but this seems to have been its second year.

It started in the mid-afternoon and ran through late evening.  I headed out close to 1:00 and got to Greenfield around 2:45, passing through Sunderland and Deerfield on the way.  In Deerfield, I passed right by the Mt. Sugarloaf reservation, and took some pics of the side of the peaks (with some Fall colors): 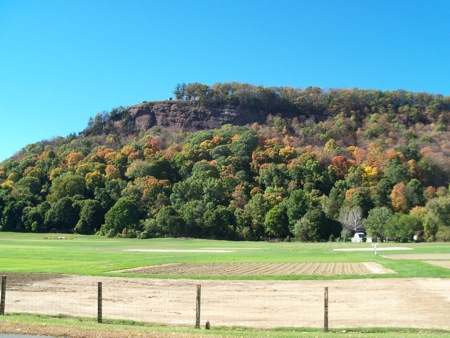 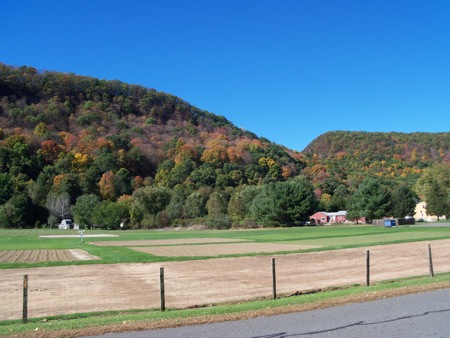 Once I arrived, I looked for some lunch before going to any of the exhibit spaces.  I ended up eating at the cafe in Greenfield’s Market, which is the natural food co-op there.

From there, the first building I went to was the Pushkin gallery, which is in an old bank building: 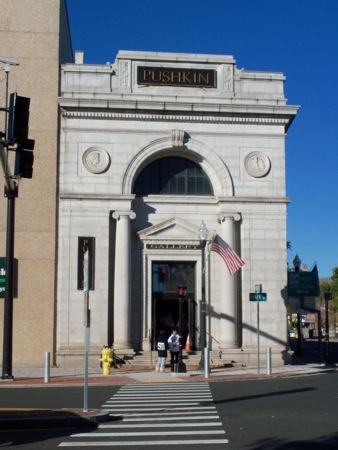 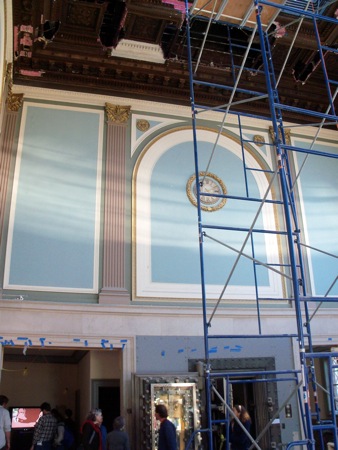 There were videos showing in a few spots in the building, including in the old vault: 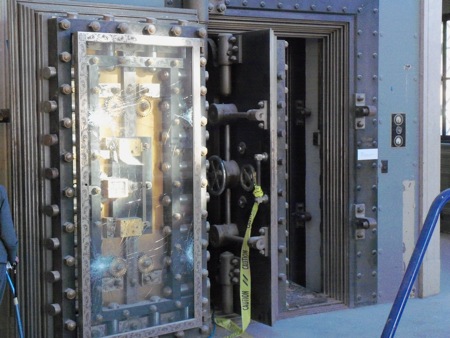 The second building I went to was also an old bank: 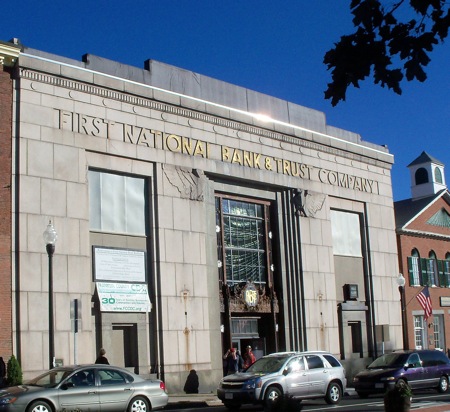 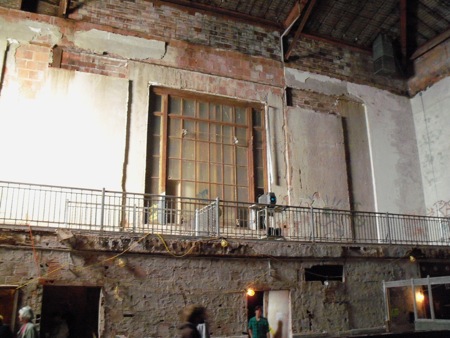 Inside its cavernous space was the largest video projection of the whole show: 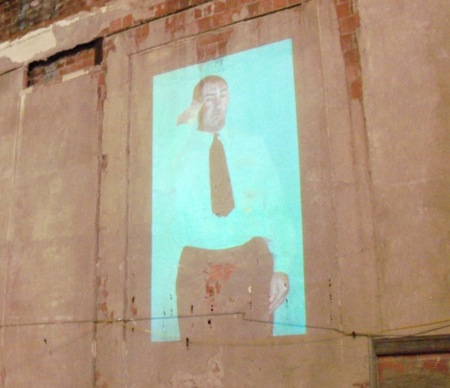 That image was at least one story tall.

It was an interesting way to see videos, in spaces that were partially restored, or full of bare studs, or just dilapidated.  Some were projected on walls, some showed on small lcd monitors, and a few were on good old honking CRT monitors on A/V carts.  The quality varied, and I think I found about half of the videos interesting in some way.  They were all fairly short, so if I missed the beginning, I could just wait until it repeated.  One that I found fairly captivating was also one of the simplest – it was just a real-time, extreme closeup, single take of a snail crossing a space of 6 inches or so.  Of course, it helps that I like snails.

Once I’d seen everything, it was starting to get dark, so I set out for home.  I had lights with me, so I was prepared for the darkness.  Unfortunately, I had somehow thought I’d be leaving sooner, so I hadn’t dressed as warmly as I should have – just 2 not-very-thick layers on top, only 1 layer on my legs (with shorts underneath), no hat under my helmet, and no gloves.  It got quite cold as I rode back (down to the upper 40’s, if not lower).  I took a slightly different route back, crossing the Connecticut River and heading South through the towns of Montague, Leverett, and Amherst.  It took about 2 hours in that direction, but though it was cold, I still mostly enjoyed the stillness of the night, and the excellent view of the stars.

It’s good I wasn’t out much longer, though.  By the time I arrived home, it was cold enough that my hands were getting numb.  The total distance I covered was more than in the organized ride I did the previous weekend – about 47 miles.