A blizzard hit us last night, and so we had a large amount of snow waiting to be shoveled in the morning.  3-5 inches were predicted to fall overnight, but it looked like 8 inches when I got up (before 6am).  It was still coming down quickly, too.

Here’s the view of the back deck and the table we have there, as soon as it got light out (maybe 7am): 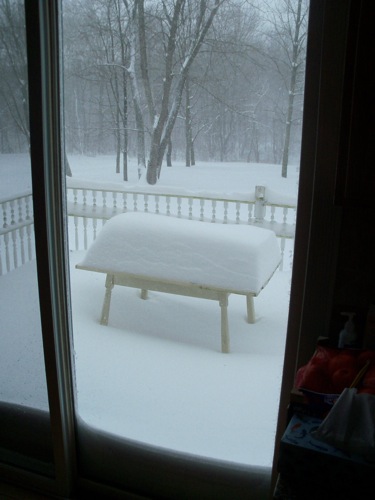 Note the height of the snow on the glass: 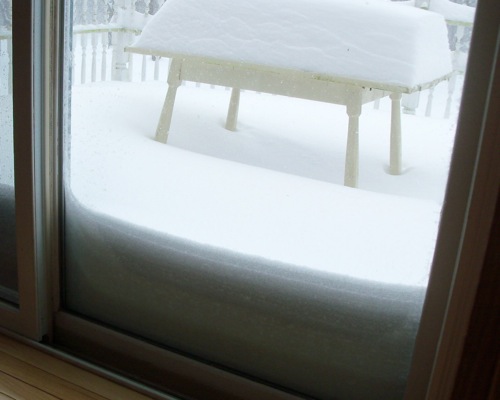 and the deck surface is a few inches below the floor inside the house.

I called in to work to check on whether they were open, and found that the place was closed.  This was very fortunate, as it was going to take a long time to dig out.

Here’s what I found when I opened the side door: 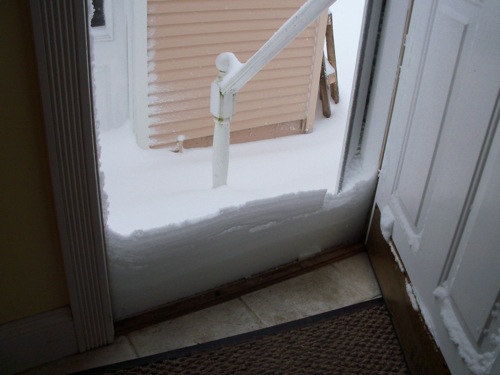 We went out after breakfast to start shoveling.  After a while (about 11:30), we got out a yardstick to measure the depth in the driveway: 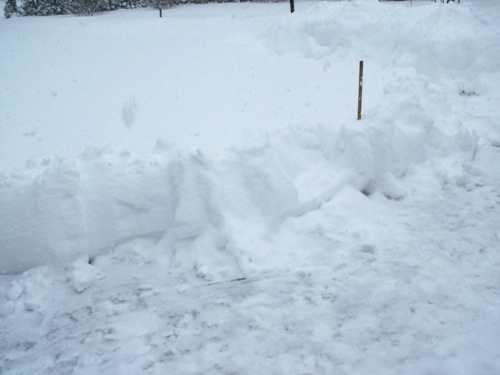 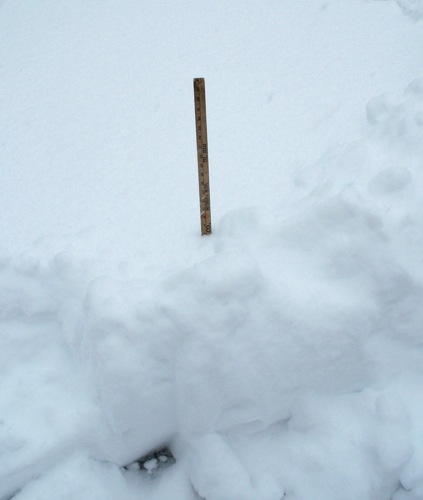 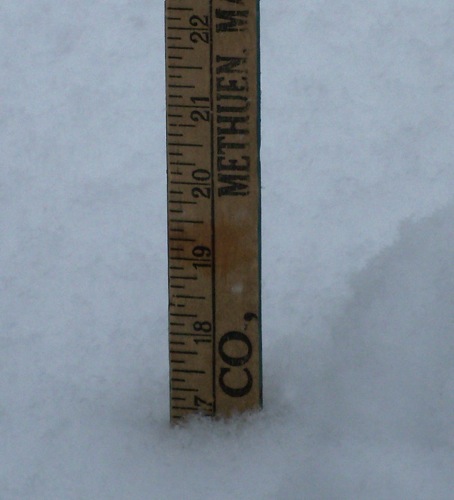 Yes, 17 inches had collected, and it was still snowing.

After a bit over 2 hours of work we had cleared only 1/4 of the driveway.  We started to consider whether we could hire someone to plow, though we didn’t know who to call or whether anyone would be available at that point.  After lunch, though, we noticed a truck plowing 2 nearby driveways (one next door, and the other across the road).  We flagged down the driver, and found that he lived in the place he’d plowed across the road, and was willing to plow our driveway for free! 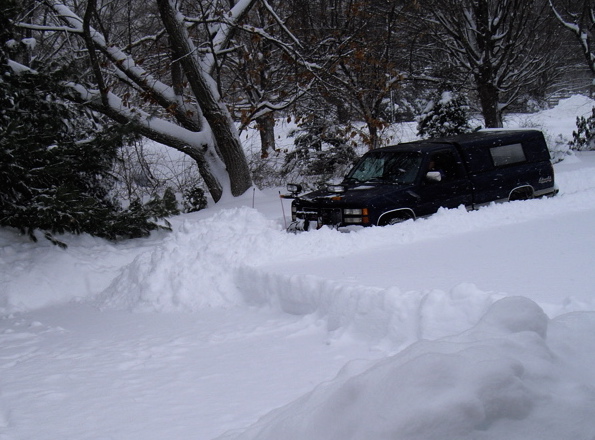 This was very appreciated, and we insisted on paying him a little bit for his trouble (and gas).

Here’s the pile he pushed up, just past the garage: 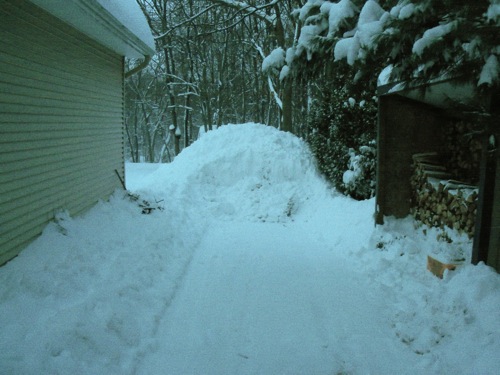 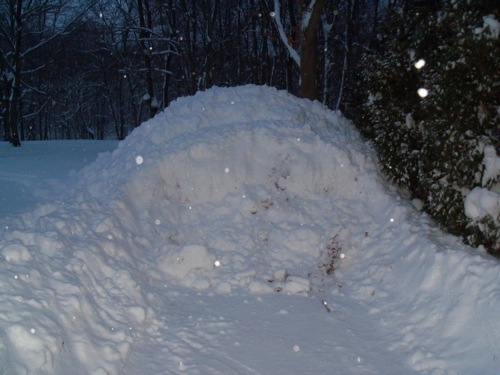 With the driveway pretty much done, we could turn to the stairs and deck and such.  We usually put birdseed out on the table there, and some of the usual birds (a pair of juncos) came looking for seed while the snow was still there: 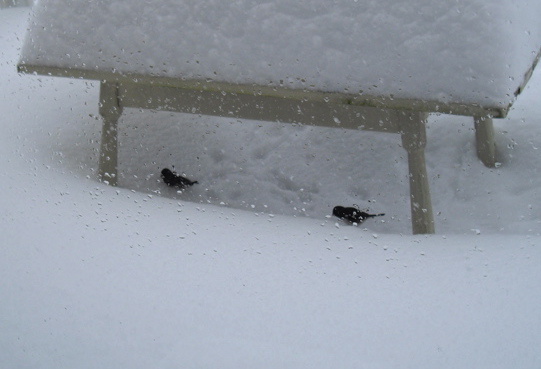 We measured the snow back there, which had drifted against the house somewhat: 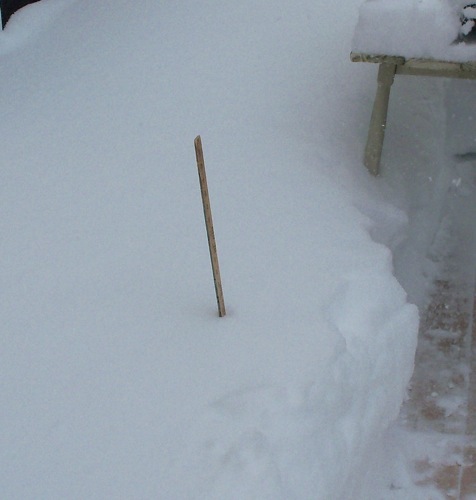 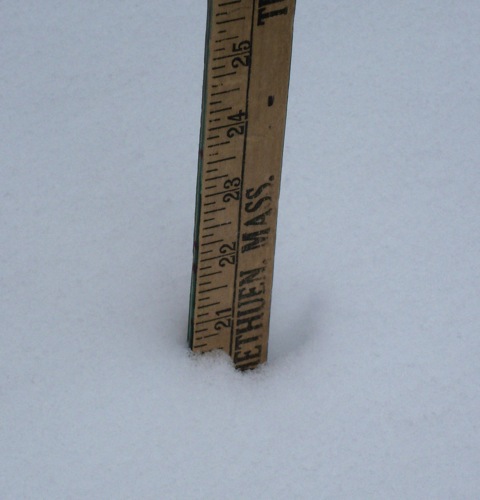 It was a bit shallower on the table: 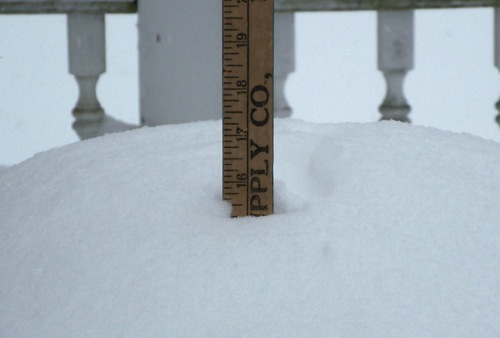 There was still a bit of snow falling in the late afternoon when we worked on finishing things up.  We probably got a total of 20 inches altogether.  Here is the stuff we piled up by the front porch, from the section of driveway we cleared ourselves: 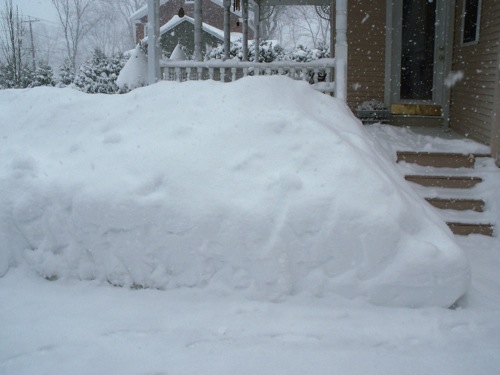 And the yardstick going through part of the pile: 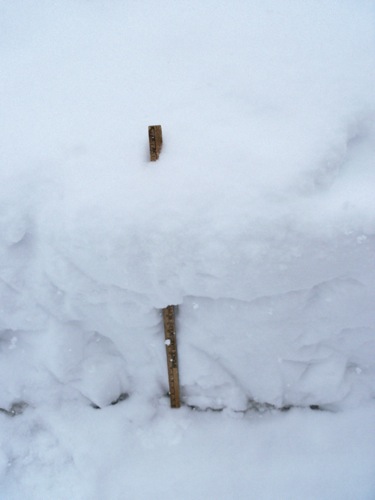 Here’s what the backyard looked like after most of the snowfall: 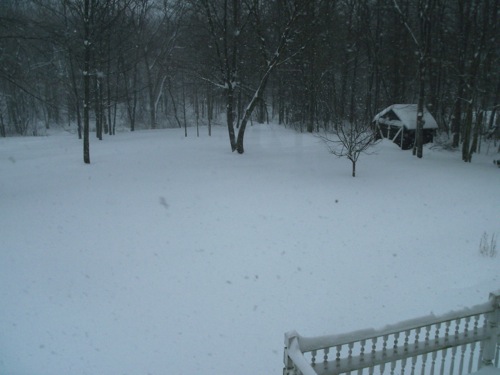 And here is the house: 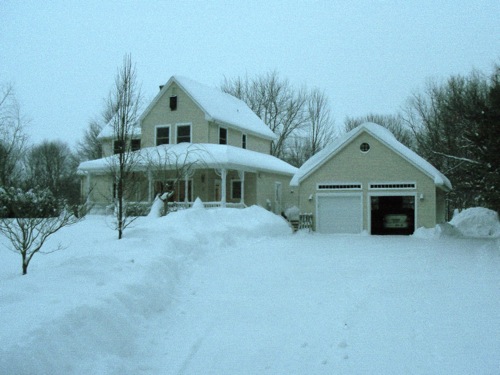