Over Memorial Day weekend, I was visiting Philadelphia, and went walking in the Heinz Wildlife Refuge.  I had not been familiar with it before, but it’s many acres of preserved wetland, located right near the Philly airport.  It’s surprising, but cool, that a chunk of nature has been protected in such a heavily urban area.

A number of animal species seem to live in or visit the place, as chronicled below.

Here’s the main lake/waterway in the refuge: 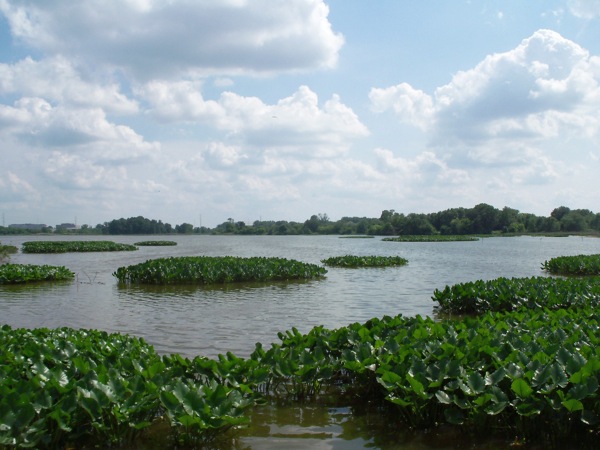 There was a boardwalk across the water at one point, and it had lots of small birds flying around it.  This one hung out nearby on the railing (almost as though it was expecting to be fed or something): 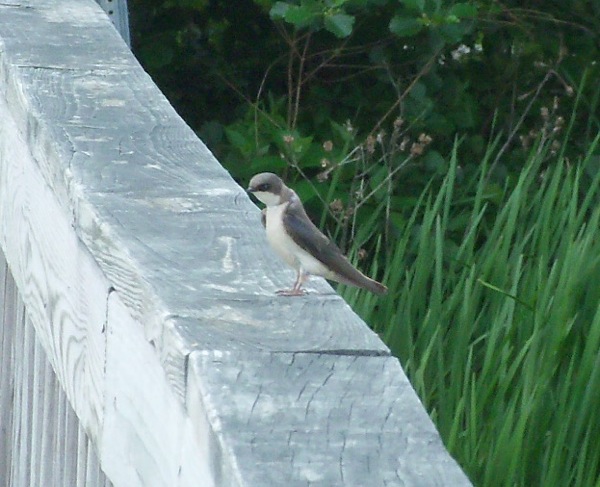 I’m not sure what variety that is, but there were some blue swallows around as well.  Here’s one sitting on one of the many birdhouses constructed in the refuge: 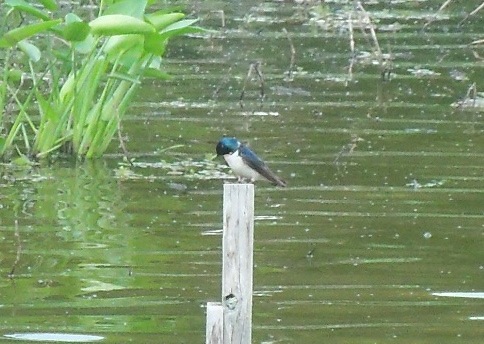 And I (amazingly) caught one of them in flight: 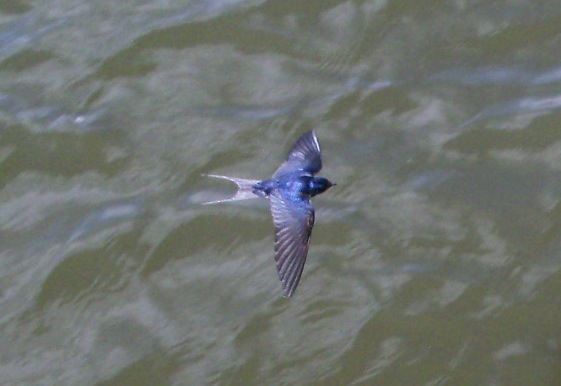 I spotted this creature in the mud at the end of the boardwalk: 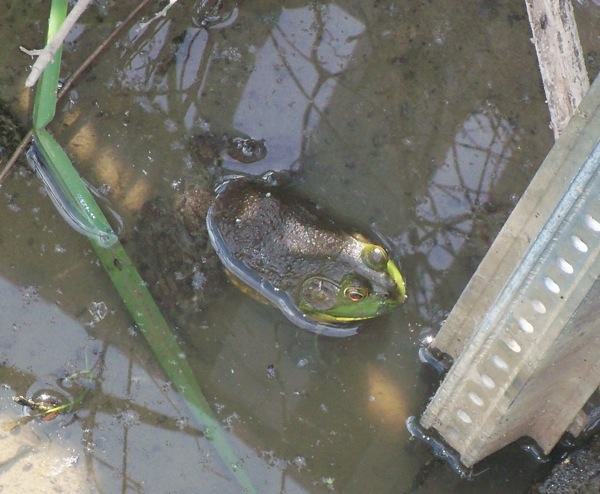 A turtle spotted from the walking path: 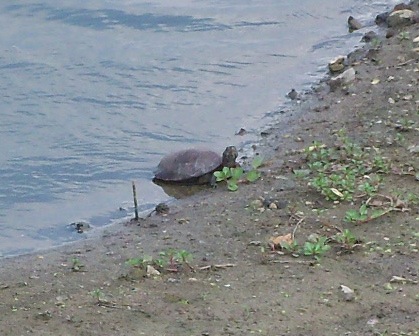 Further along, there was an egret hanging out in the water: 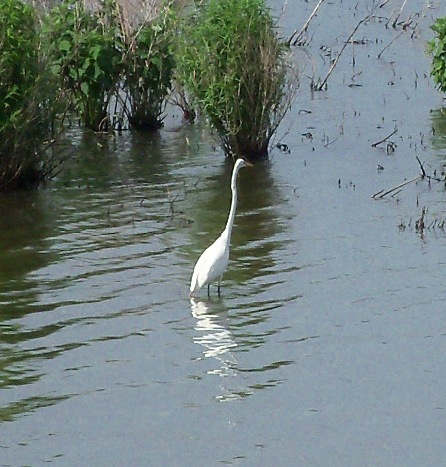 But then, on the other side of the water, I startled 3 egrets that I hadn’t spotted sooner.  I managed to snap a picture as they flew away: 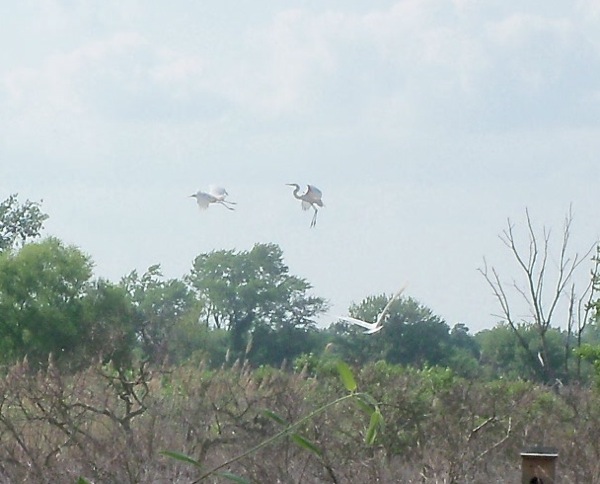 The best find of the day, however, was seeing someone lumbering along the path ahead: 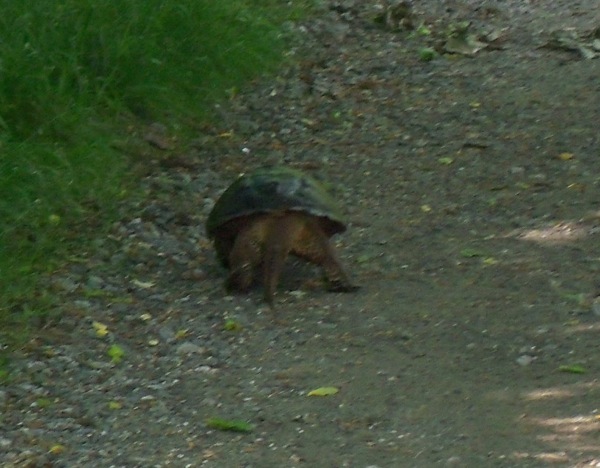 This turtle was at least 14 inches long (not including the tail). 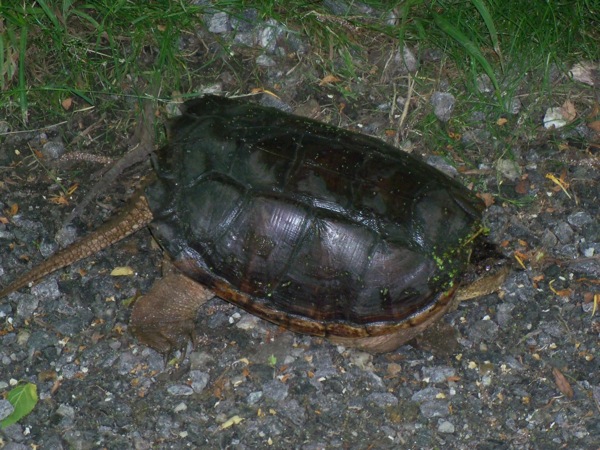 It was obviously scared, and my flash probably didn’t help (sorry!). 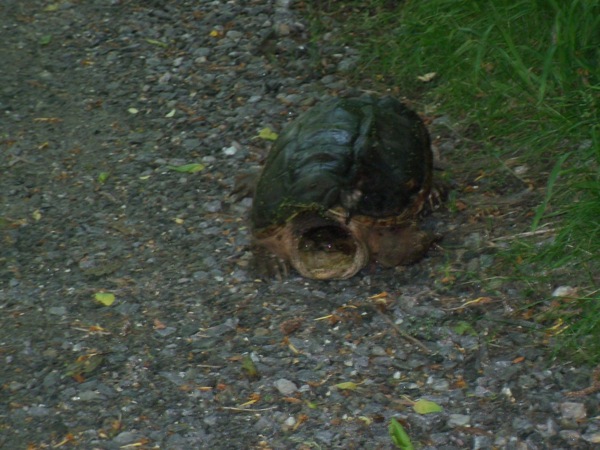 Not pictured, a deer that ran away too quickly for me to photograph it, and several mallard ducks and Canada geese (which one can see almost anywhere).  I’d highly recommend visiting the refuge in you’re in the Philly area, as admission is free, and it’s a lovely place, at least the portion of it I got to see (which was less than half).