This year, I’m making another attempt at fulfilling the NaBloPoMo challenge.  That is, November is National Blog Posting Month, so I’ll be trying to post something here each day in the month of November.  30 posts in 30 days, and here goes with the first.

If you live in the same area as me, you’re probably dealing with this as well, and if you live elsewhere, you’ve likely heard news reports, but New England was hit by a snowstorm this past Saturday that dumped record amounts of snow for October.

The total amount of snow in our area wasn’t so bad, in and of itself – we got about 10 inches or so, and we’ve certainly had bigger storms than that.  What made this bad was how wet and sticky the snow was.  It clung very heavily to all trees, causing massive damage to them, and downing lots and lots (and lots) of branches.

The snow started Saturday afternoon, and here was the situation after an hour or two: 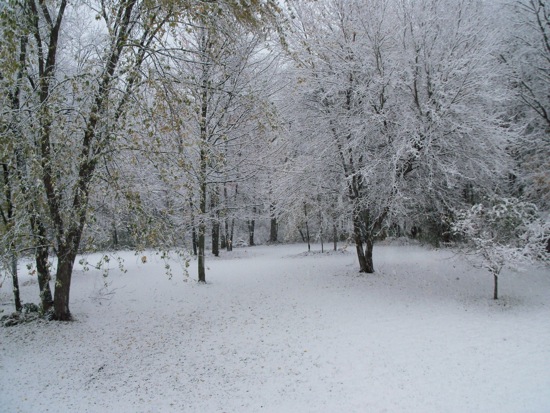 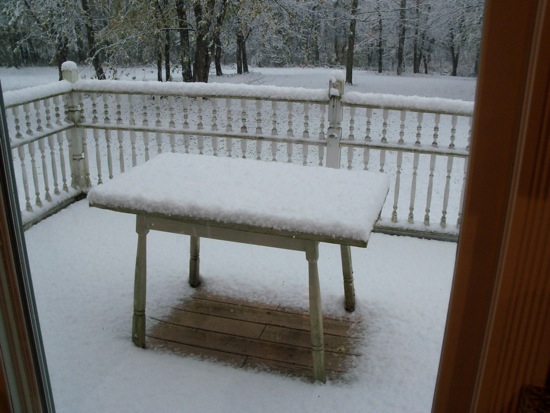 The next morning, much more had fallen: 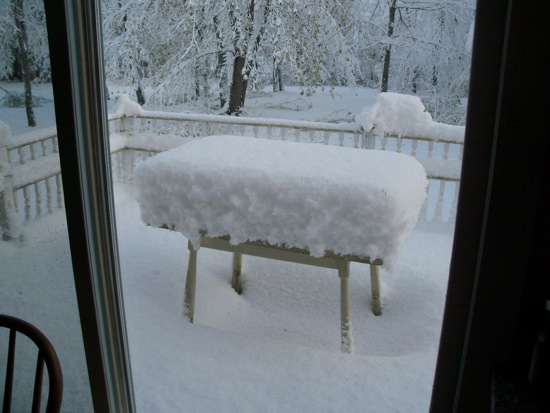 During the night, we could hear branches breaking, and we saw more of the extent of the damage in the morning: 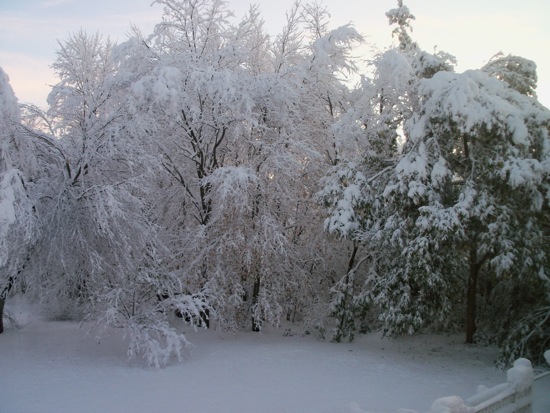 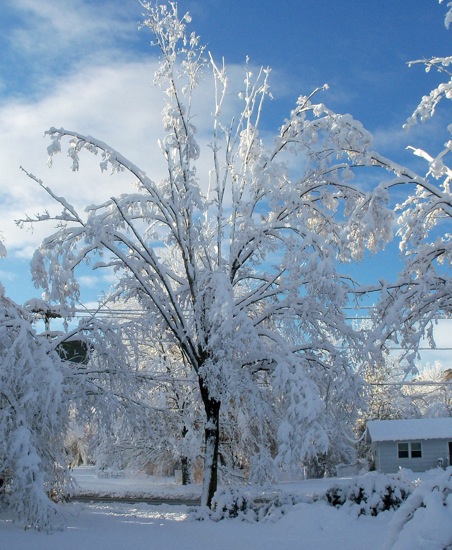 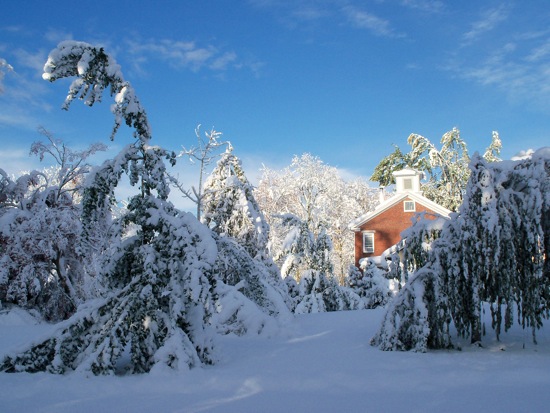 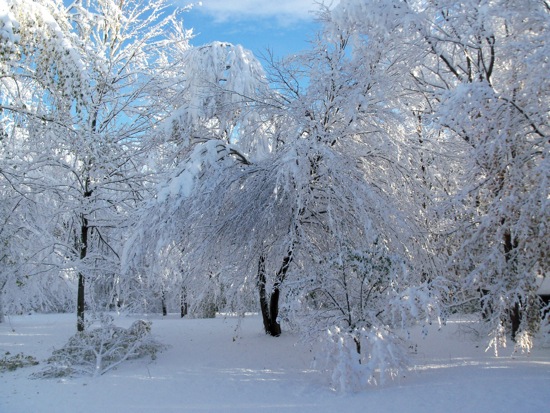 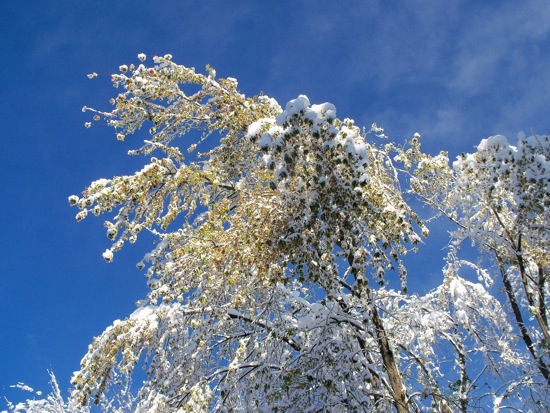 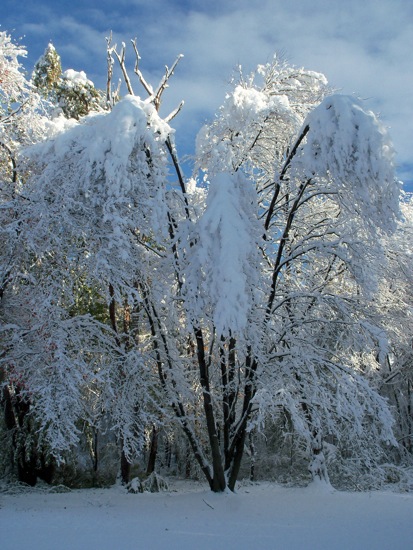 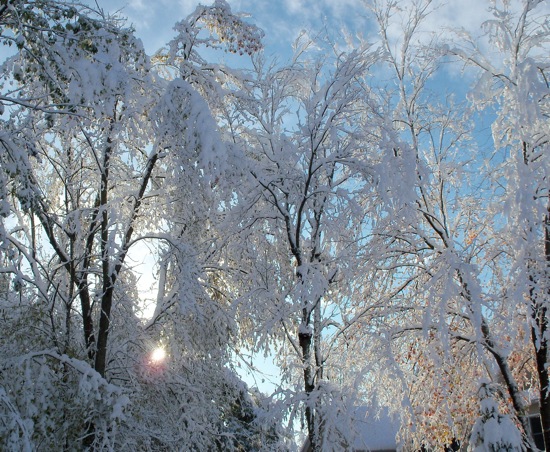 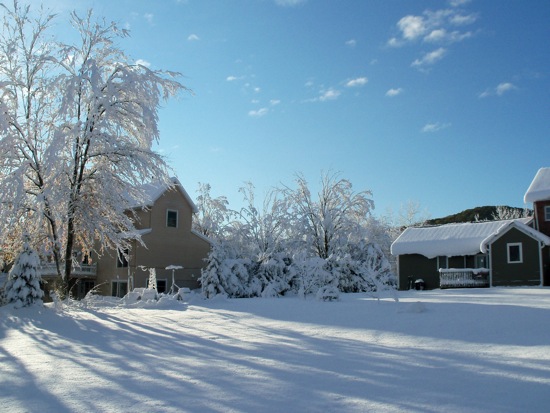 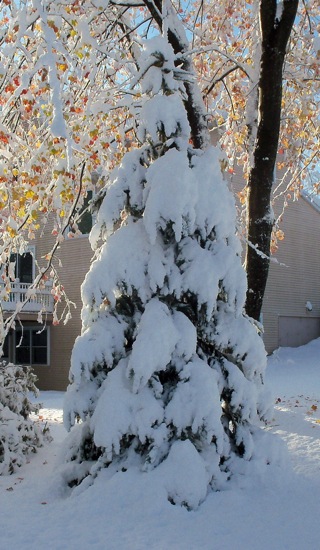 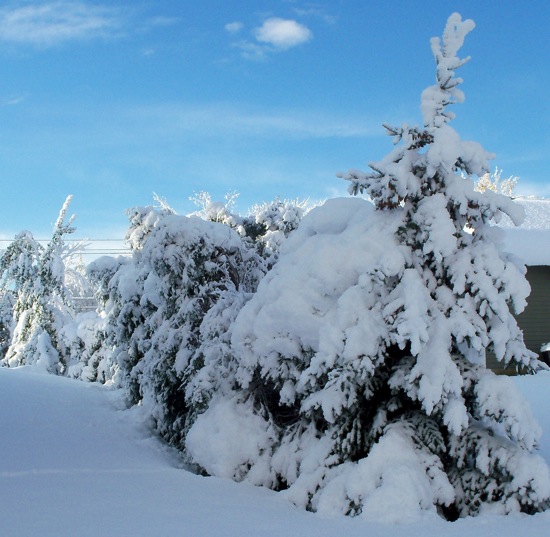 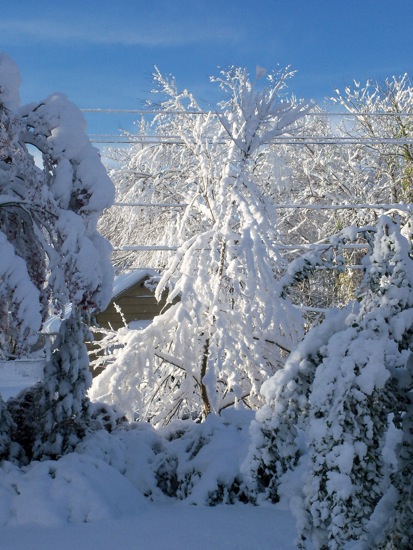 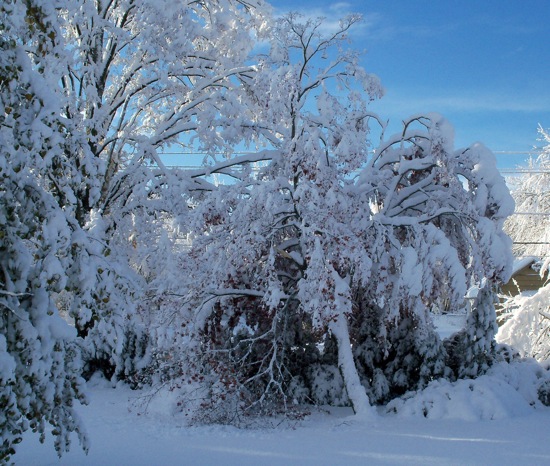 This is a dogwood tree, crushed to less than half its normal height: 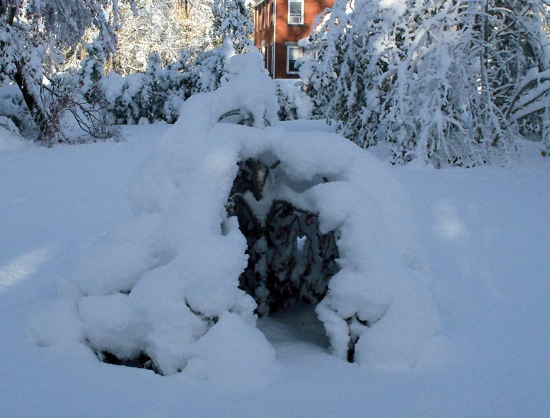 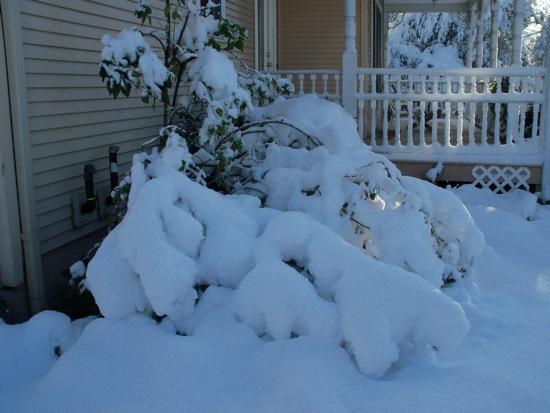 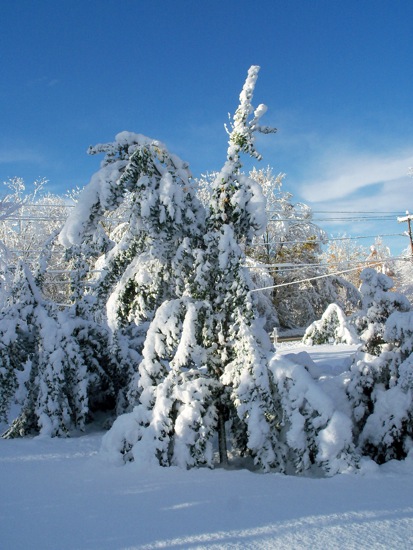 One of our two chestnut trees – both of them suffered major damage: 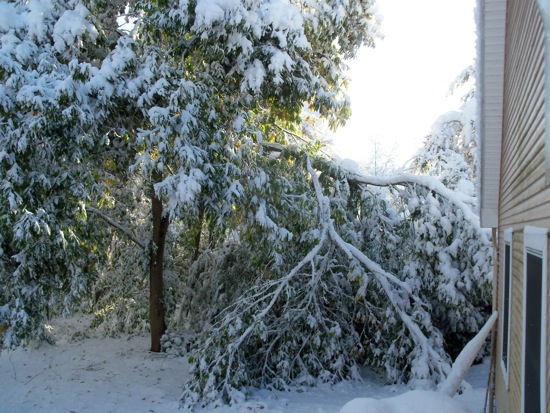 This photo kind of sums up the earliness of the storm: 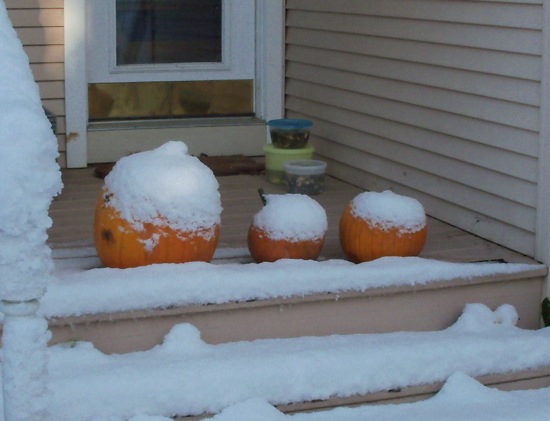 We also lost power in the storm, which I’ll write more about in my next post.  Behind the pumpkins there, you can see soup that I had made on Saturday sitting on the porch – that was a more certain way to keep it cool than putting it the fridge or freezer (which we tried not to open once the power went out).

Next: about the outage.