Blog : Had to Find Out Sometime

Had to Find Out Sometime

A couple of weeks ago (well before our big snowstorm), I decided to test a claim that I had made some time ago, I believe in a previous blog post (actually, the post is here).  My claim was that I could walk from my house to the top of nearby Bare Mountain in an hour’s time.

I set out in the mid-afternoon on a partly sunny day.  The hike started with a half-mile walk down the road to the trailhead. 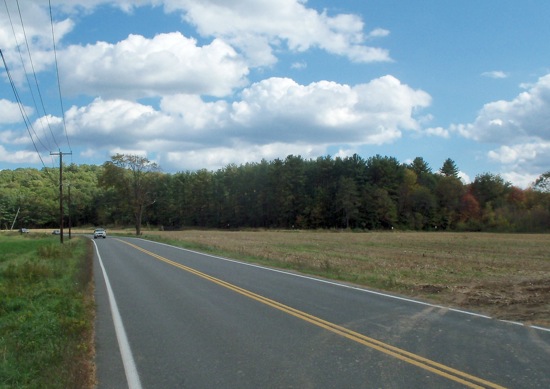 The trailhead is in the middle of those trees.  Here you can see the entrance, down a driveway where Hadley residents are allowed to park (if they get a permit, I believe): 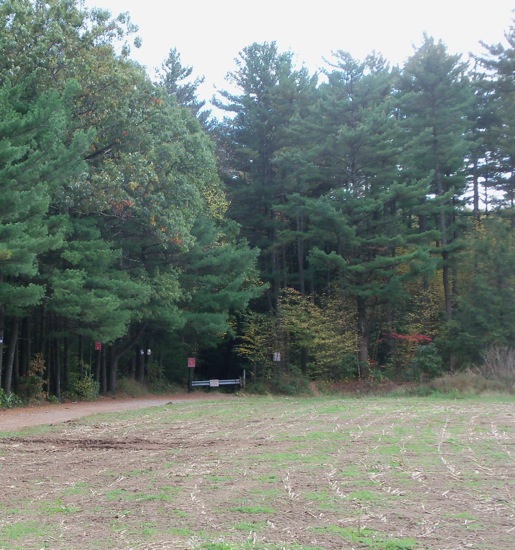 That guardrail looking thing is actually a gate.

I had hiked in here and up to the Notch last winter, but had kind of haphazardly made my way up.  This time I tried to be a little more systematic in my choice of trails.  As it turned out, I did not head East enough, but focused on heading South (i.e. straight up) before turning East.  I did get where I wanted to go, but ended up having to cut through on some narrow mountain bike trails to get to the proper main trail.

Just before the trail emerged from the woods, I found these concrete vent things: 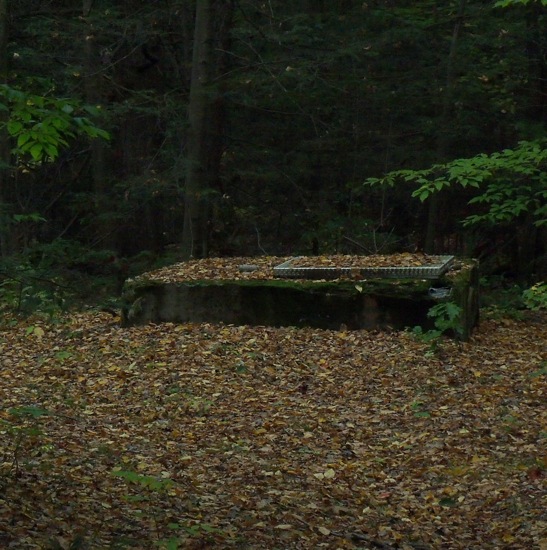 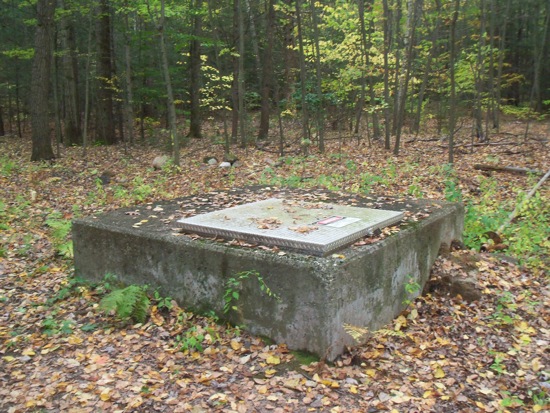 Or access hatches, or whatever they are.  Seeing them, I figured that I was close to the old military reservation.  Sure enough, only steps later I came to the fence: 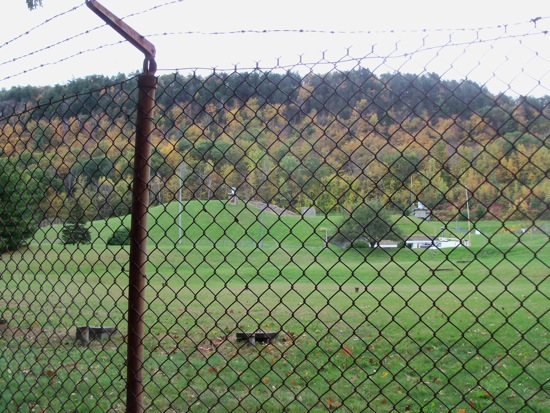 I turned left and made my way along the fence to the military road, and then soon came to the Notch area on route 116.  There, I was able to head up Bare Mt. on the good old M-M trail (now heading mostly West up the side of the mountain).

The path up to that peak is steep, so it was tiring going up it, but I tried to keep up my momentum.  I reached the summit with time to spare, though; the total from house to mountaintop was about 53 minutes.

Of course the sky had clouded over while I climbed, so there’s no sunlight to speak of in my pictures from the top:

That picture above is looking back toward Hadley (I crossed into the town of Amherst on my way up).  Here is the view East to Mt Norwattuck: 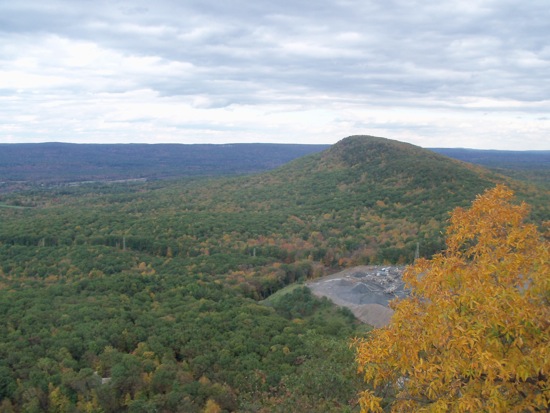 I spent about 10 minutes up there, and then went back the way I came.  The sun came out as I was heading down – here is a picture of the Notch visitors’ center  when I got back down to it: 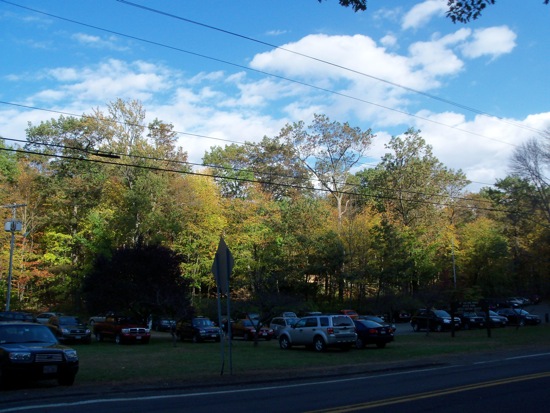 A lot of people were out recreating that day, apparently, as many of them had to park on the grass.

I went back around part of the old military base and then back down the main trail, this time following it all the way back to see exactly where I should have turned off to begin with (turns out that I should have taken the first left turn after entering the woods).  Just before getting back to the first trail, I passed this little reservoir: 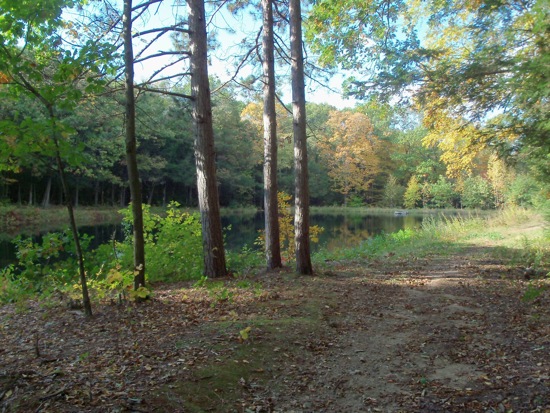 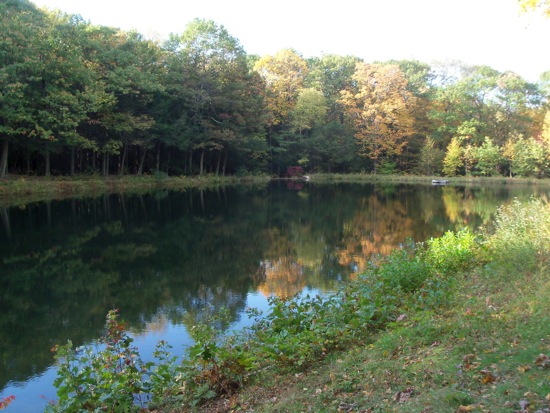 I had passed that on the way up, but I was on the other side of it.  Soon enough I was back on the road and then home.