(Note: I’m writing this post while sitting in the airport.  I’m about to fly to Las Vegas – more about the trip in subsequent posts.)

Last weekend I drove down to West Springfield to drop some people off at the Big E fairgrounds, and to pick up a birthday cake from a bakery there (not my birthday).  I got to the bakery a little earlier than the time I was supposed to pick up the cake, so I took a short walk around the area (which I believe is the city center).

I saw this dog statue outside the public library: 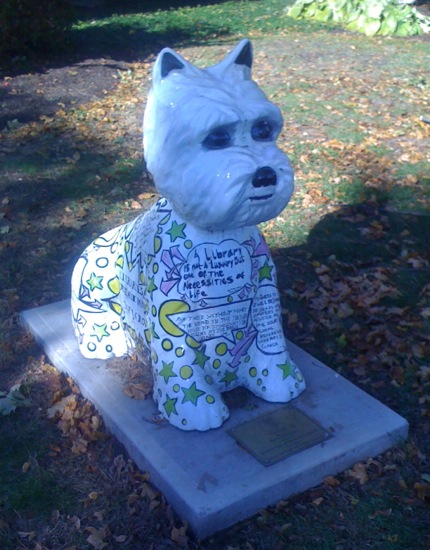 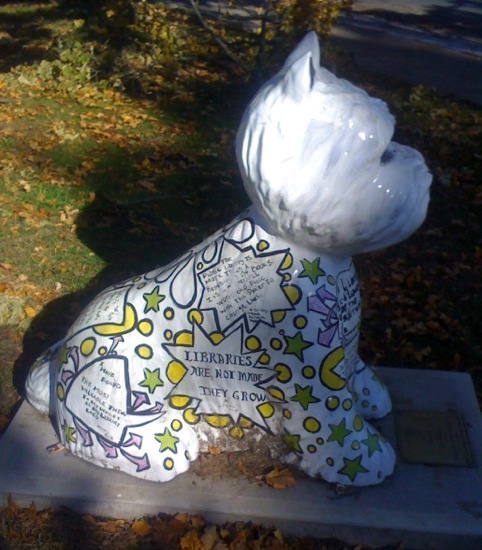 Here’s the library building itself: 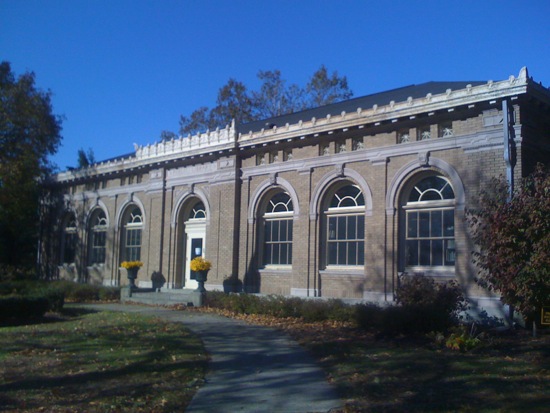 I thought the dog might be a unique thing, but a few blocks later I spotted another one, outside a bar/restaurant: 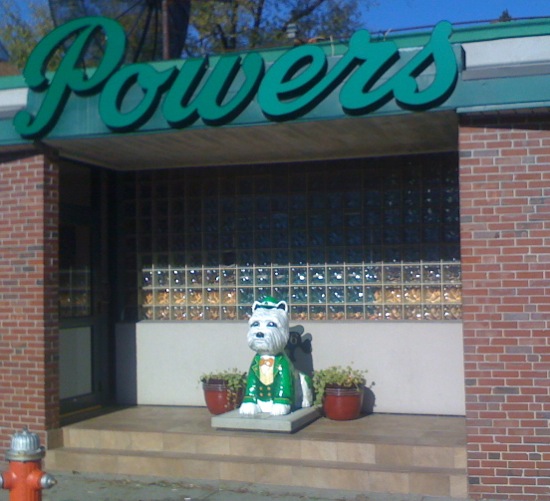 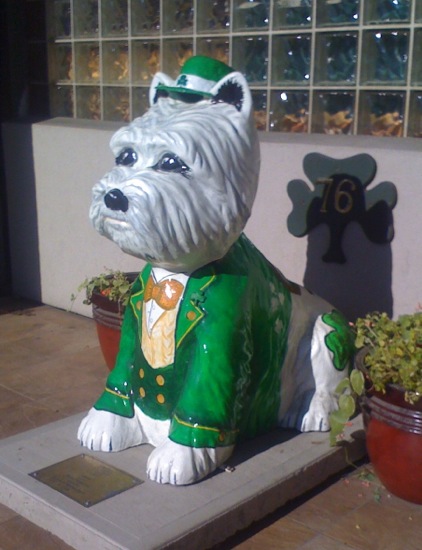 I suspect that these are remnants of one of those events where a city gets a bunch of fiberglass statues of a given shape, and has local artists decorate them in different ways (Easthampton did it with bears, and Springfield with athletic shoes, for example).

I then picked up the cake (which turned out to be pretty tasty – definitely better than other bakeries we’ve tried in the area).

While killing some time before I needed to pick people up at the Big E, I drove around, and ended up passing a place called Victory International Market (they don’t have a website).  I thought it might be an interesting place to stop.  In fact, it was.  Most of the products on the shelves appear to be Russian, and there were customers and staff speaking Russian around me, so I imagine it is run by a Russian family.  What I found most exciting about the place was a whole aisle full of candy.  Some of the candy was from other European countries, but much of it seemed to be Russian.  I got a few varieties of Russian ones, though they weren’t all actually imported.  A closer inspection of the wrappers later showed that some of them are manufactured in New York.

Still, I’ll want to visit the place again sometime.  I hadn’t even known it existed before, and it was just chance that I found it that day.