Blog : How Green Was My Hotel

How Green Was My Hotel

The hotel where I’m staying (and at which the conference is taking place) is the MGM Grand.  Here’s what it looks like, as seen from the southeast (on Tropicana Blvd, near where the bus from the airport dropped me off). 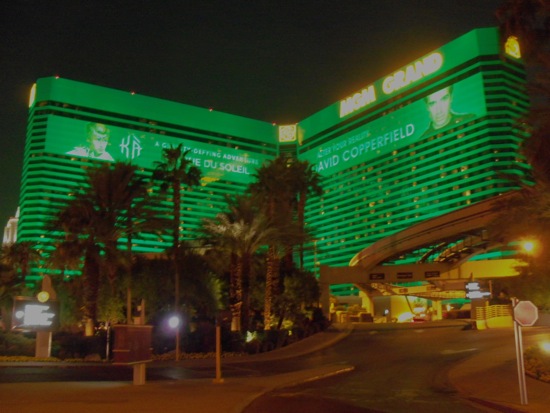 Those ads near the top are static, so I think they might be some kind of poster, but I’m not sure.  They could be screens of some kind that are left on the same image for a long time.

Walking up to the hotel, one comes to the covered dropoff area near the main entrance: 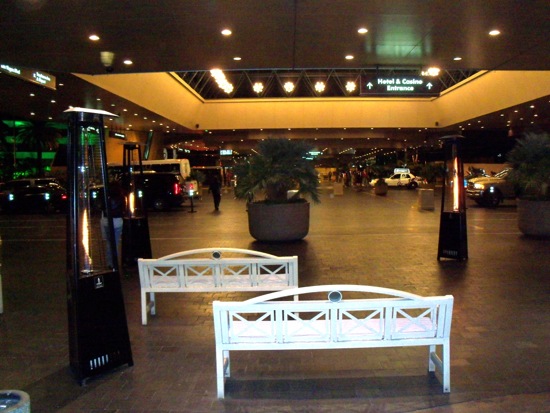 The actual entrance doors are pretty distant there, as there are several lanes for traffic here.  The area for the valets is in the foreground, and seems to be heated (and maybe lit a bit) by these big gas flame things (low temps in Vegas this week are around 50 degrees, so I’m not sure how much the heat is actually needed).

Upon entering the lobby, one is greeted by a stern lion: 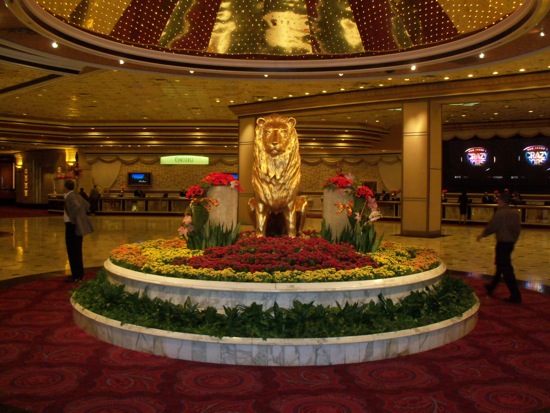 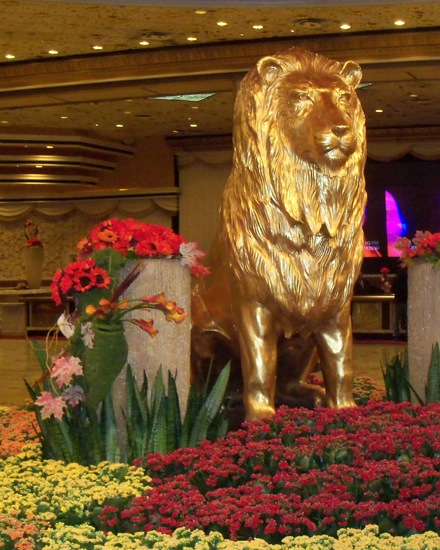 “You will obey the hotel rules.”

My room is up on the 23rd floor.  It faces back southeast, so on that first night I was able to see from whence I’d come: 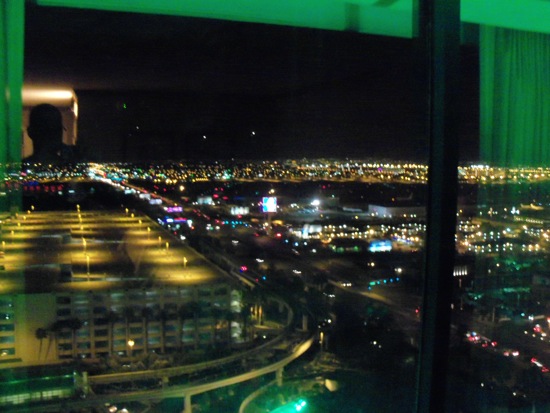 You can’t really tell from the photo, but I have a great view of the airport.  I also have a closer vantage on Mr. Copperfield: 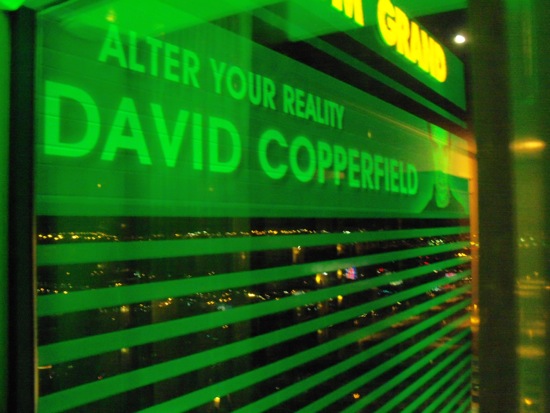 I think I’m a floor or 2 below the Cirque du Soleil sign.

Here’s the room itself, complete with pictures of old MGM stars: 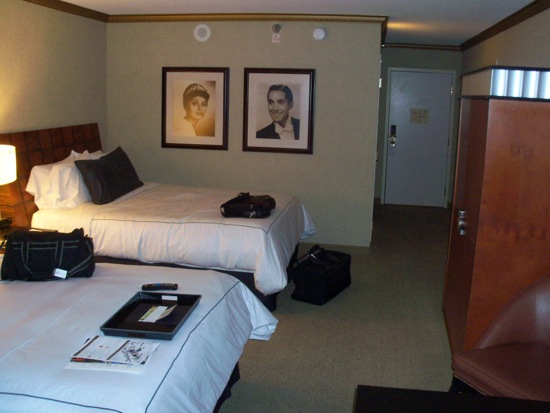 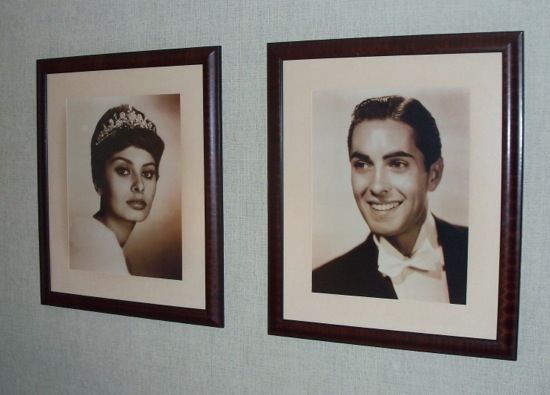 I think the one on the left is Sophia Loren, but I have no idea about the guy on the right.  Nor am I sure who this is: 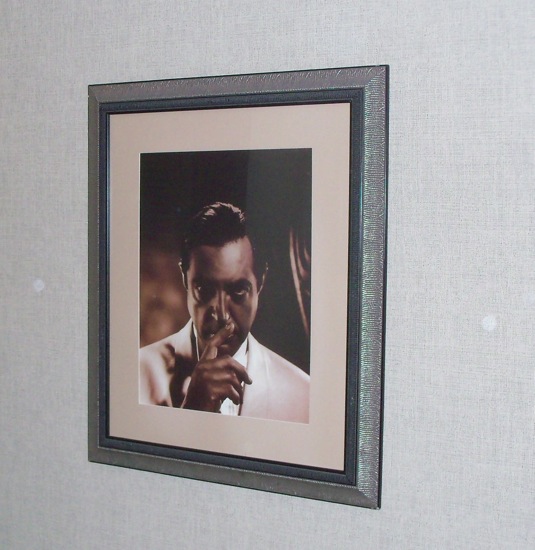 This is an image I’ve seen many times before (filming the famous roar): 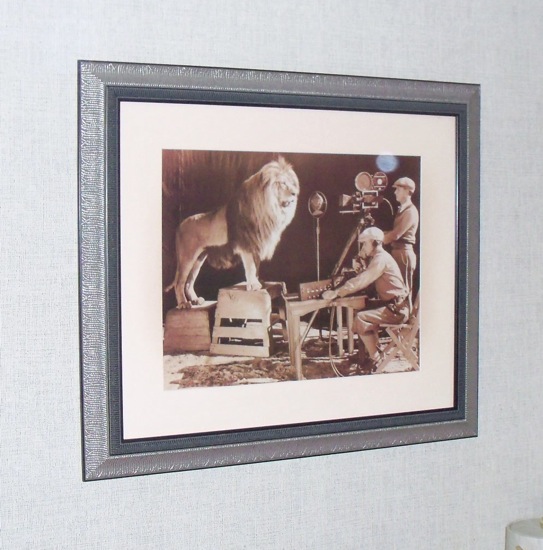 This looks like an armoire, but is actually the TV cabinet: 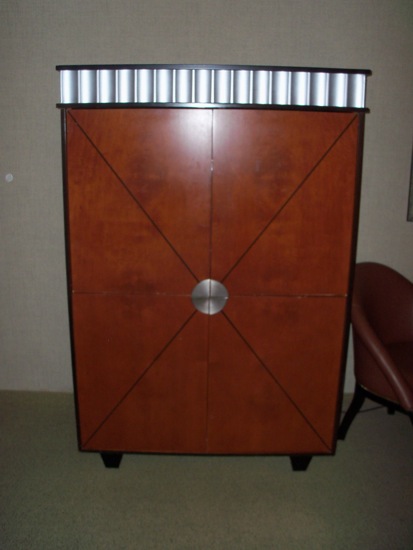 Here is the bathroom: 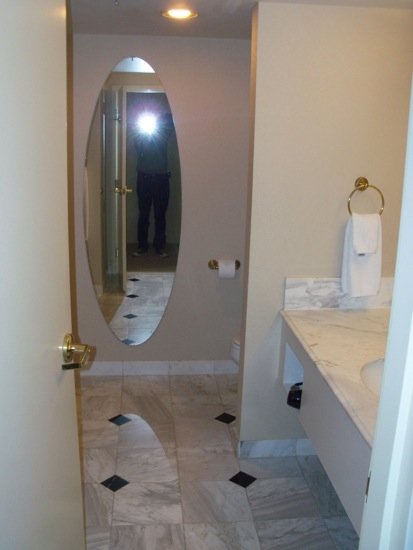 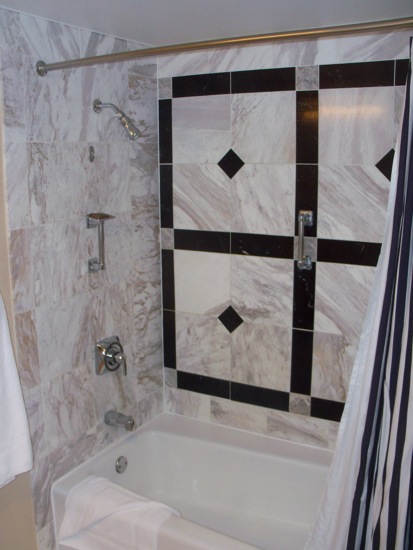 Here, you can see that the hotel advocates for access to legal, safe abortion: 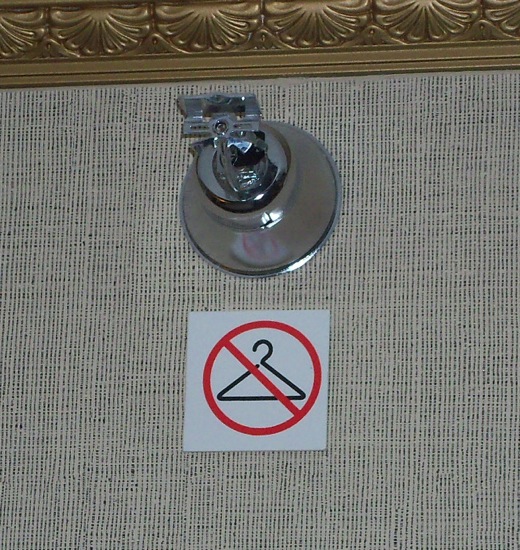 Who knows what that has to do with the sprinkler head…

While I was taking pictures out of the window, I noticed that green light was shining up from the parking lot (which gives the building its color at night) and it reflected off of anything close to the window, and then back off the inside of the window.  So I was able to capture my image in the glass: 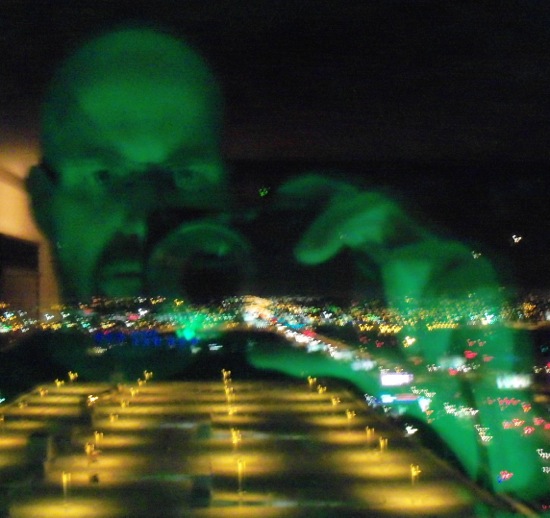 This picture looks like it should be on the cover of an old science fiction paperback or something.

Next post: images from other parts of the hotel.