On Wednesday, the conference wrapped up at noon, and I soon left the hotel to head for the airport and my 3:15 flight.

I took a couple of last daytime shots of the hotel: 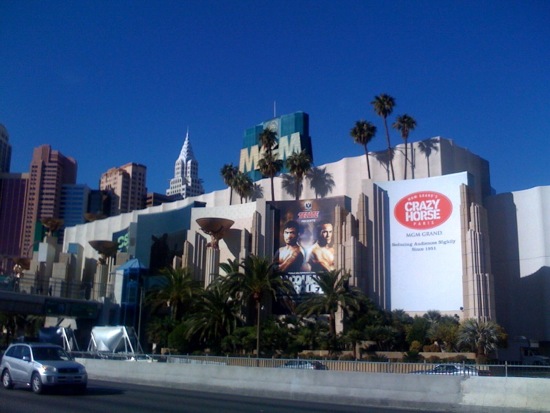 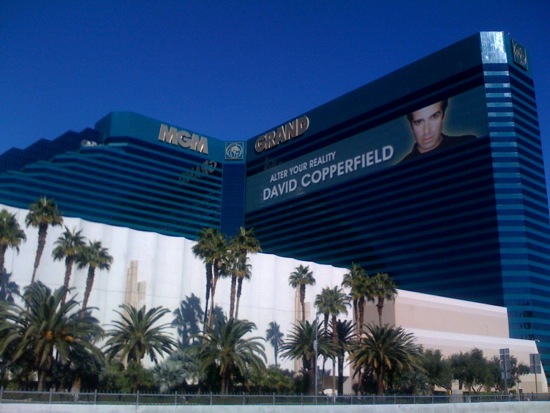 I took those from the bus stop as I waited for the airport bus.

The ride to the airport was uneventful.  The line was particularly long at the check-in counter, as the self check kiosks were down (at least, the ones at the counter that allow you to check bags, which I needed to do).  I got checked in eventually, and they gave me a security pass, rather than a boarding pass.  For some reason, they couldn’t issue a boarding pass there, and I would have to get one at the gate itself.

Fortunately, security took me almost no time to get through, and I proceeded to the gate.  There was another flight scheduled to go out before mine, and it was listed on the gate screen.  I went to get the boarding pass, and as I did so, I heard a ticket agent other than the one who was helping me talking on the phone about my flight being delayed.  The person helping me printed my boarding pass and handed it to me without saying anything about the delay.  I asked her about it, and she confirmed that the flight was now expected to depart at 5:45 instead of 3:15.  That’s Pacific time, so instead of landing in CT at 11:20pm, I’d be getting in at 1:50am.  Oh boy.  This meant rearranging my ground transportation, so I worked on that while waiting around.

I took this picture out the window of the mountains with the last of the day’s sunlight on them: 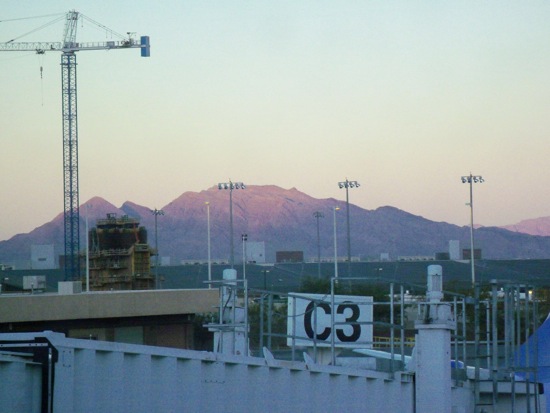 A while later, the departure estimate was changed to 5:40, but when we actually boarded, it was past that time before everyone was on the plane.  It was about 6 when the plane backed away from the gate.

The jet stream must have been strong at our back, though, because the flight ended up taking less that 4.5 hours, and I was on the ground around 1:20 in the morning.  Still, I ended up finally getting home at 2:30 or so.  Unsurprisingly, I went into work late on Thursday.