In February, we celebrated our anniversary by going to visit Magic Wings, a butterfly conservatory in the town of Deerfield, Mass.  I had passed by the place before, but never been there.  After living in this area for more than 6 years, it was about time to check it out.

Once you pay admission and are let in, you start out in a room full of terraria.  There are various bugs, reptiles, and amphibians kept in here.  Here is a yellow frog (I didn’t note what type it is or what its native region is): 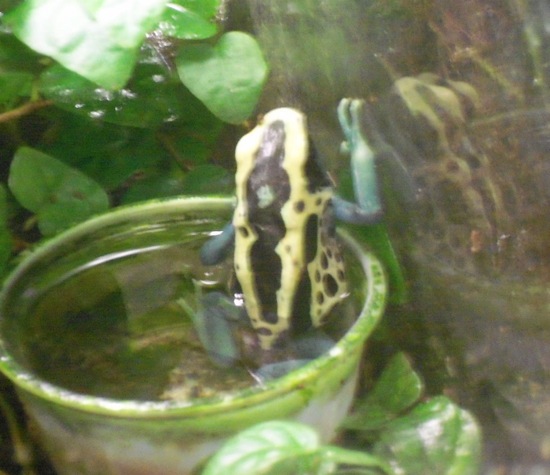 And here are 2 specimens of one of a few varieties of walking stick type bugs they had: 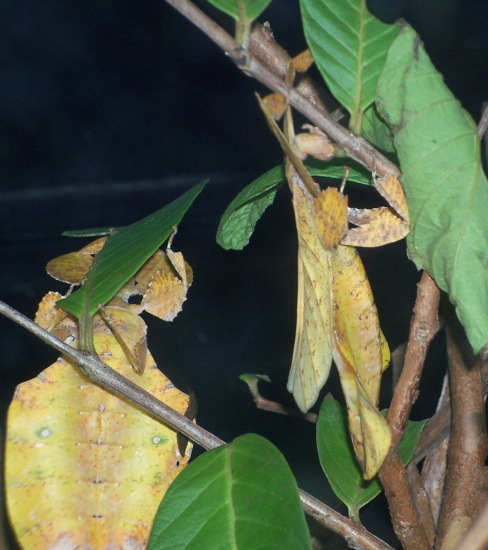 Hint: the bugs look like yellow leaves amid the green leaves.

Once we finished with that room, we headed through a positive-pressure chamber and then into the conservatory proper: 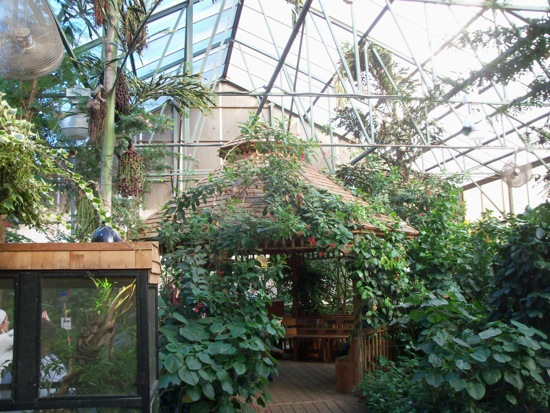 What you see in that picture is only about 10-20% of the space.  There are lots of species of butterfly and moth in the place, just flying around free.  Fortunately, they land a lot, which makes it easier to get pictures: 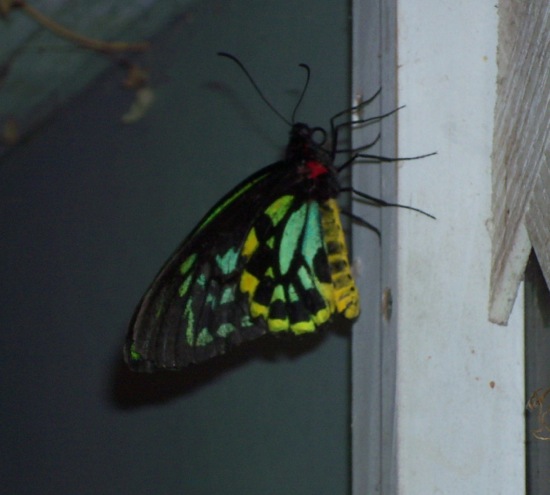 This is called a glasswing, for the obvious reason: 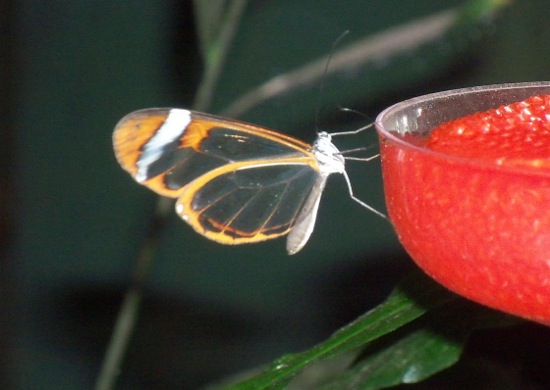 The big, red object that it’s perched on is a feeder, filled with nectar of some kind.  There are a lot of these around, as well as actual flowers for the insects to feed on. 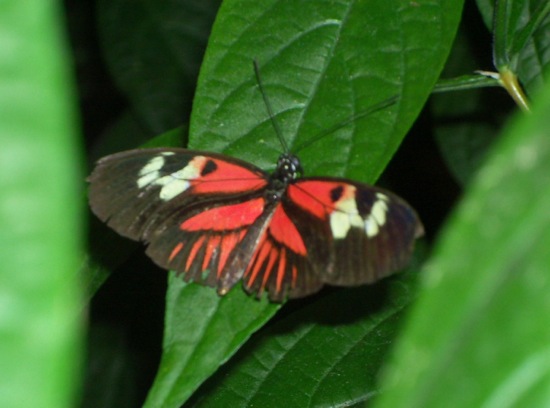 In the middle of our visit, one landed on my leg: 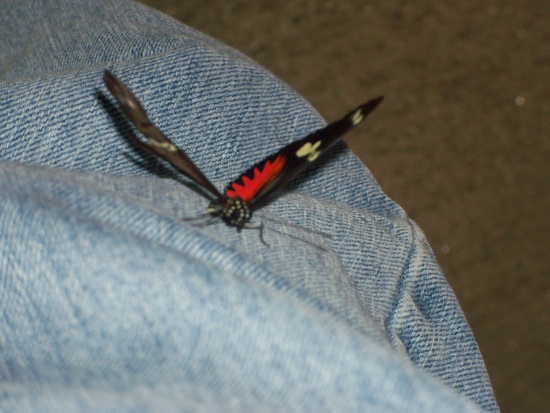 It slowly walked upward, and I had to just let it do its thing, as they have a strict rule against touching the animals (because of potential contamination).  Once it got near my hip it decided to take off again.  You might think that the butterflies would often land on people in this space, but it’s apparently a rare occurrence.

Here are 3 ricepaper butterflies at a feeder: 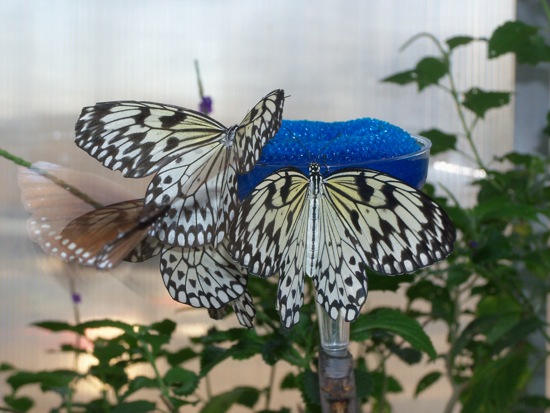 This is some type of moth: 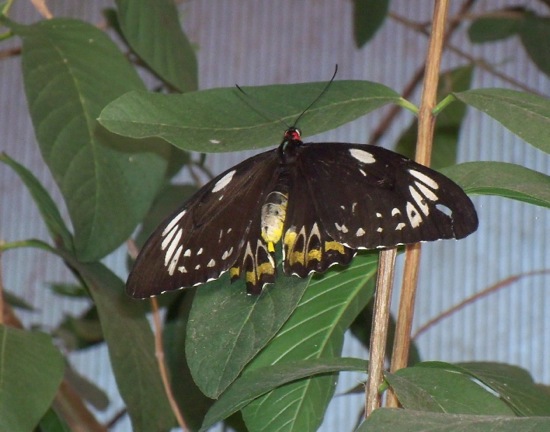 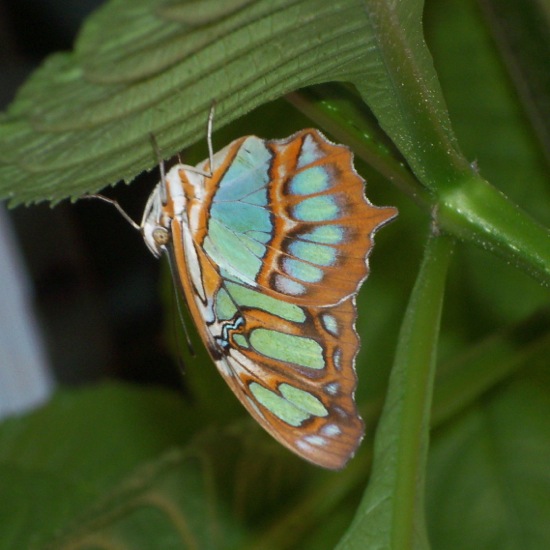 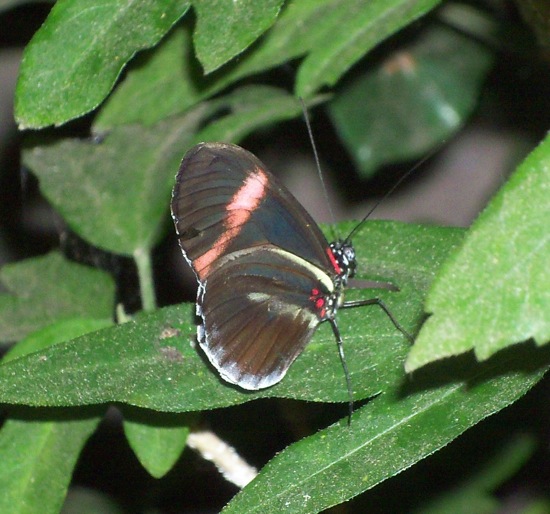 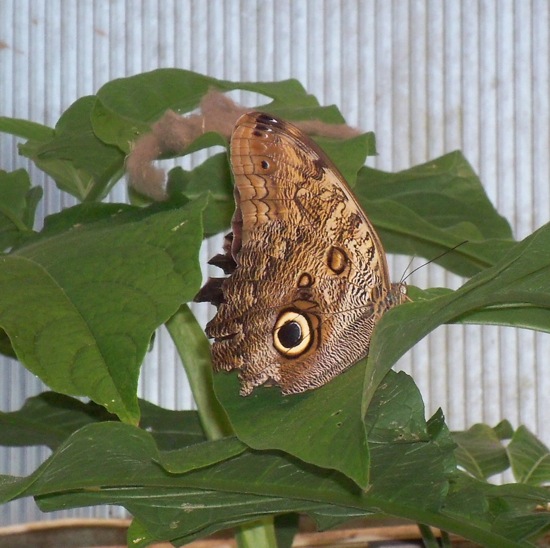 IIRC, below is a blue morpho.  The inside of its wings are the really vibrant, blue side, but it only showed that side when in flight (and it was hard to get a good picture of them in motion): 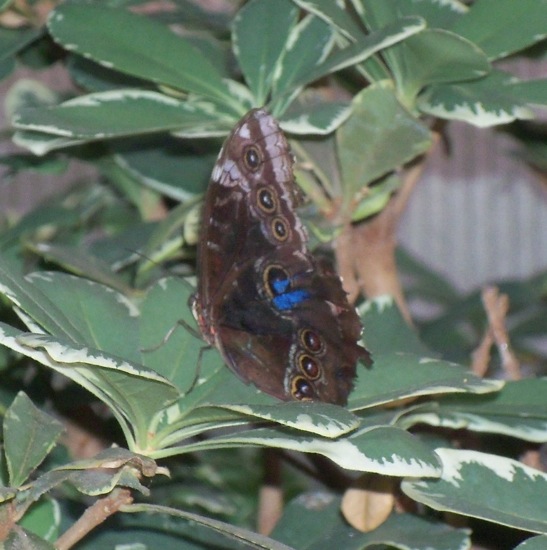 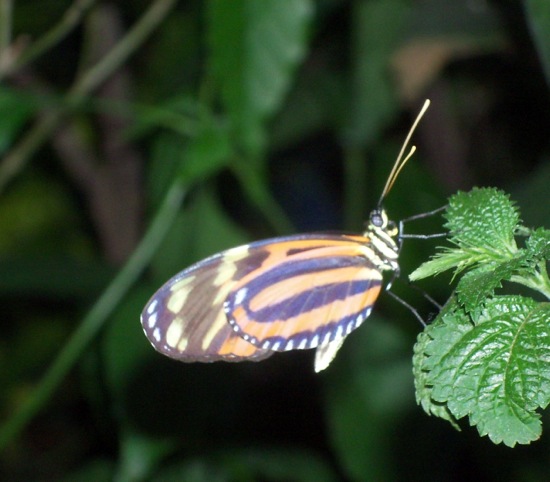 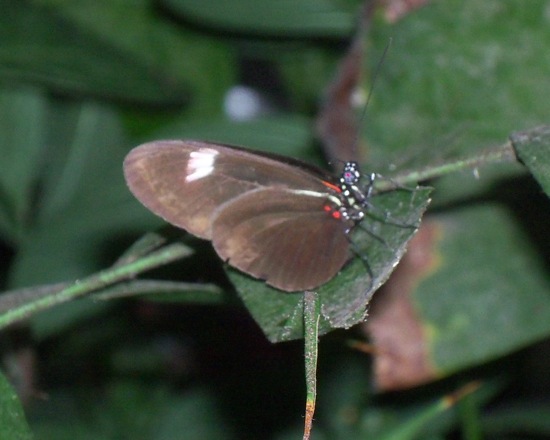 Here’s a video of one feeding, and not sitting still:

The place also had birds in the conservatory.  This is a Gouldian Finch: 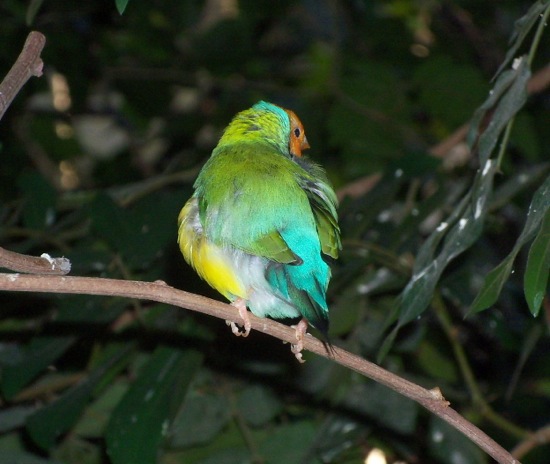 There were a bunch of them perched in a few trees, and some more (younger ones, maybe) in a couple of cages.

Also, running around the ground were these little quails: 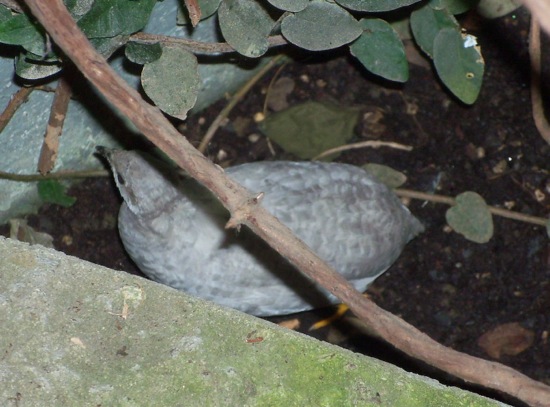 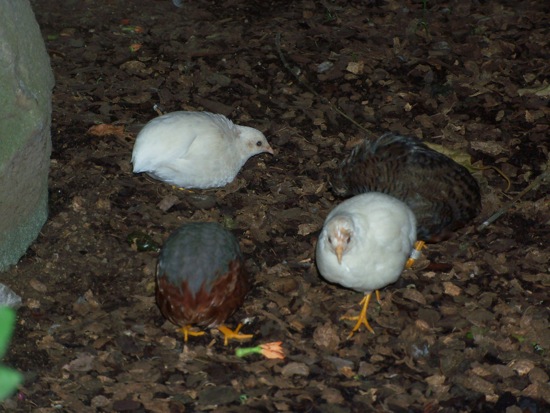 They were funny to behold.  They mostly kept to the dirt areas under the bushes and trees, but would occasionally hop down into the walkway, run across, and hop up into the next dirt area.

Not pictured, we also were able to look in some windows at their nursery, where they’ve lined up bunches of cocoons, and you can occasionally see one break out as a newly-winged organism.  Also, apparently when they’ve recently finished metamorphosis, their wings are a bit too wet for them to fly.  We encountered one on the path that was having a hard time getting off the ground.  An employee said it was probably newly released from the nursery and still needed to dry out a little.  He picked it up by letting it walk onto a foam paintbrush (no touching, after all), and then he deposited it on a nearby branch so it would be out of harm’s way.

That was pretty much it.  If you like butterflies, or insects in general, the place is well worth the $12 admission.  I might like to visit again in the summer, when they’ll have their outdoor garden in bloom, attracting native species to it. 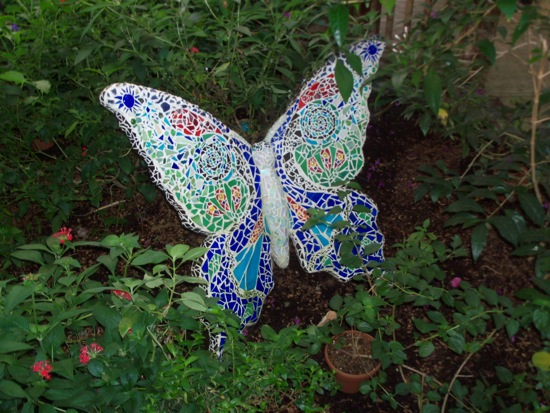