Catching up with a few photos from the past few months.

Back in January I was flying home from a visit to Michigan.  As I waited in the Detroit airport, I noticed something moving through the air in the concourse.  Then I saw more than one thing.  It turned out that there were birds that had gotten into the building somehow.  They just kept flying around, sometimes resting on the windows and some times in the rafters. 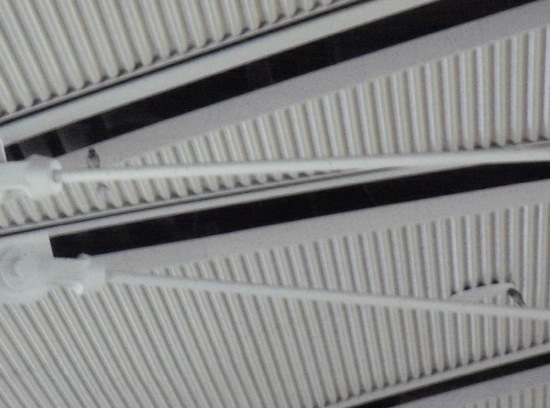 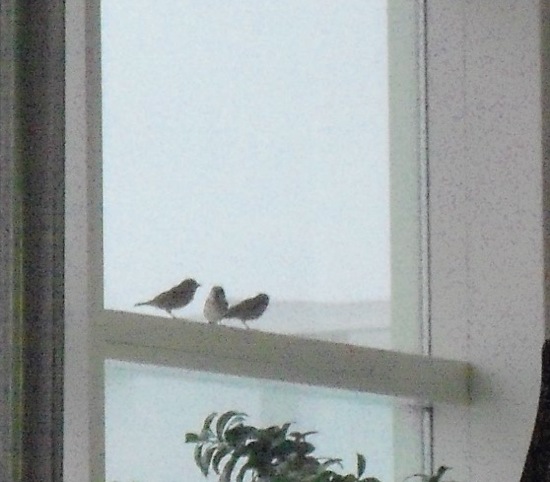 They clearly wanted to get outside again, but I didn’t have any way to help them.  Hopefully they were able to do so later on.

Here’s our cat Mr. B doing his best impression of Monorail Cat: 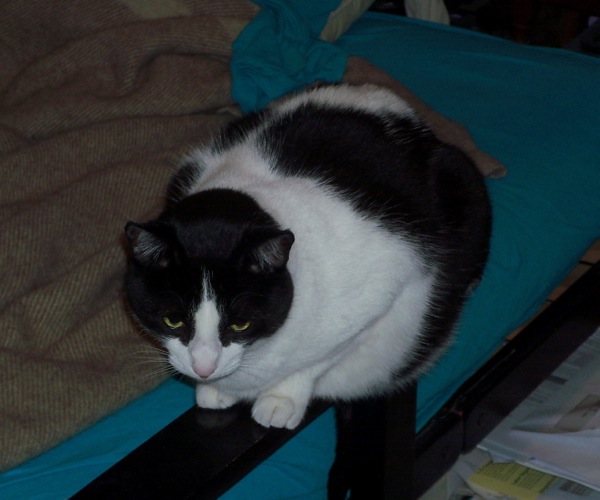 (…except he has some visible paws.)

Finally, here is Deodat, lying one pillow lower than she usually does in this stack of pillows: 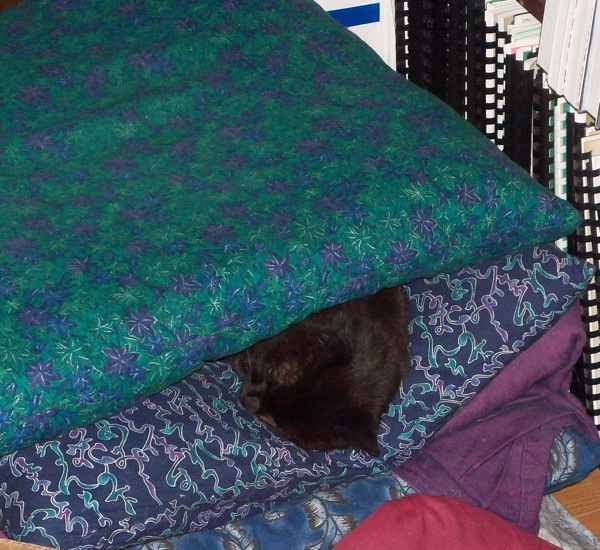 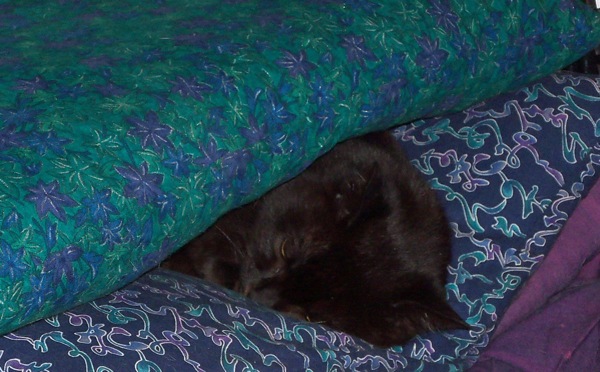 There have been a couple of times that she was completely sandwiched in there, without even her head poking out.