On my birthday bike trip, I spent my birthday itself in Boston and its suburbs.  I decided to give myself a break from the bike seat for the day, so I got around on foot and by public transit.  After breakfasting at my hotel, I walked a few blocks through a residential neighborhood to pick up a bus to the Revere Beach train station, where I bought a day pass that’s good on all buses and trains.  It was a bargain at $9 (though the price went up to $11 on July 1).

I rode the blue, green, and red lines to get out to Cambridge, and went to a fun secondhand clothing store, The Garment District.  Specifically, their by-the-pound section (formerly known as dollar-a-pound).  For those that haven’t had the experience, they have a large floor area covered with clothing that you go through, and then you pay $1.50 per pound for whatever items you want.  The only thing I found that I wanted was an additional moisture-wicking shirt for biking (bringing my total of such shirts to 2).

I then took the train out further to Harvard Square, and hit a few stores, including a very good comic shop, Million Year Picnic. 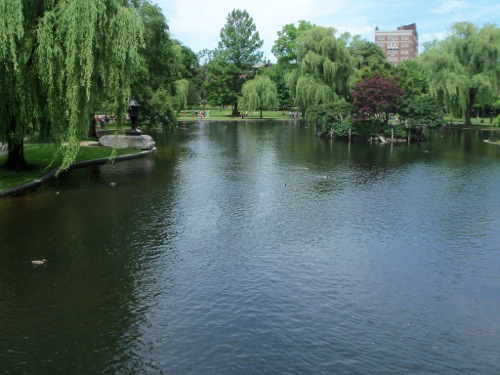 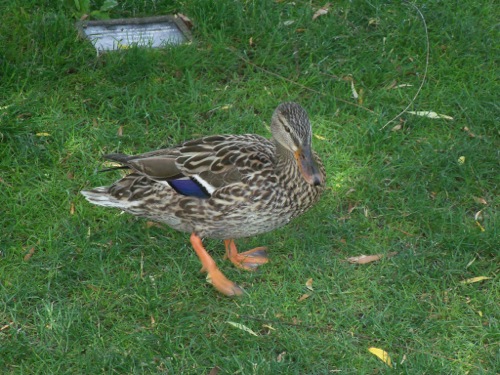 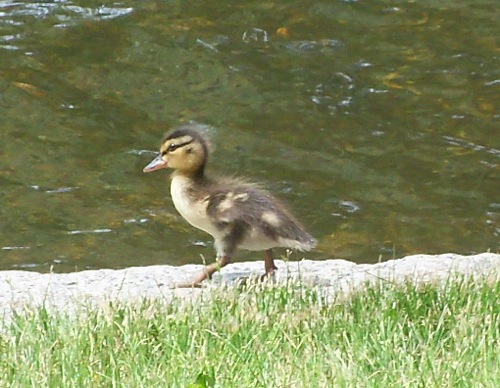 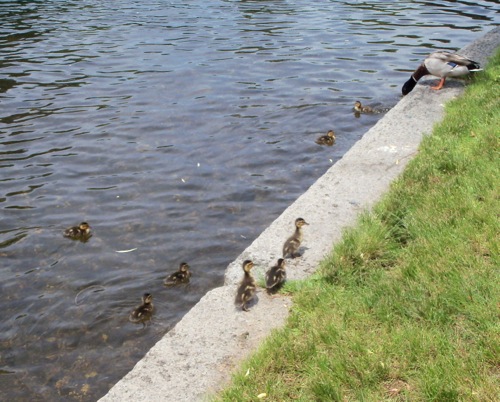 I like how you can see the beads of water on this one’s feathers: 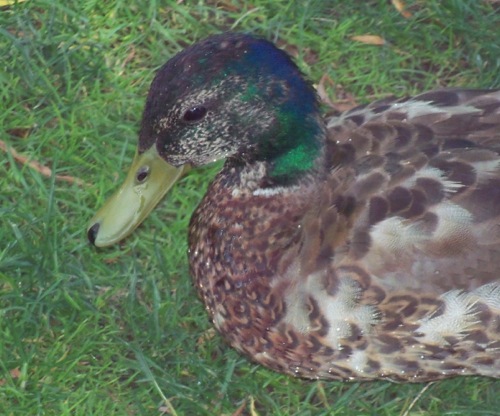 The ducks will come right up close to people in hopes of being fed (and several people were tossing the birds food).  There were some birds who were kept separated in this fenced-off area, though: 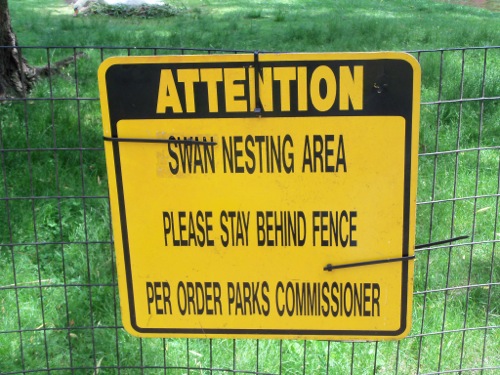 Here the swans are building their nest: 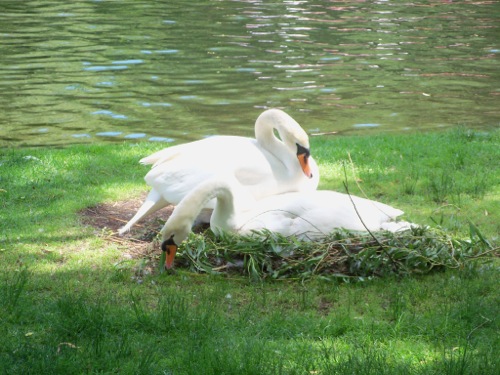 After hanging out with the park’s waterfowl for a while, I exited to the south onto Boylston St., where a crowd was gathered along both sides of the street.  This was in anticipation of the Boston LGBT pride parade, which was scheduled to come by soon (I took my place in the crowd around 12:30).  When I got there, there was a nearby church playing, for some reason, ‘Danny Boy’ on its carillon.  When that ended, I was surprised and intrigued by the next piece of music that played – it was ‘Happy Birthday’.  I wonder how they knew…

Before too long, the parade came through.  This was the first time since the mid-90’s that I had been to a big city pride parade, and it was neat to see.

It started out with the mayor riding in a car, along with other dignitaries, such as the Pride King and Queen: 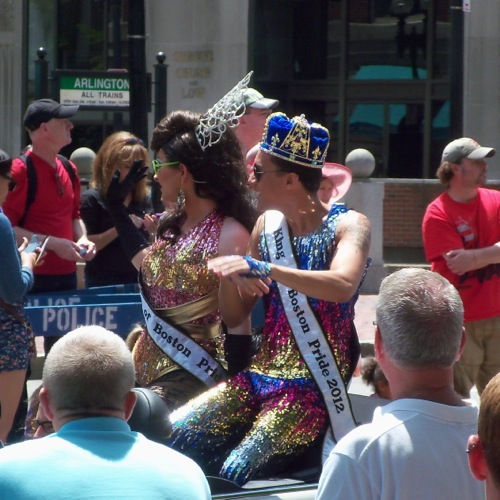 There were pink flamingo balloons: 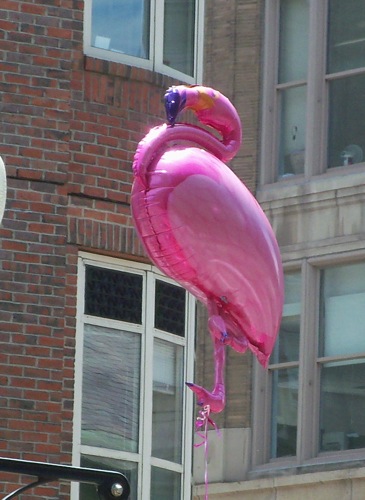 There was, of course, a lot of rainbow-colored stuff, including this…interesting hat: 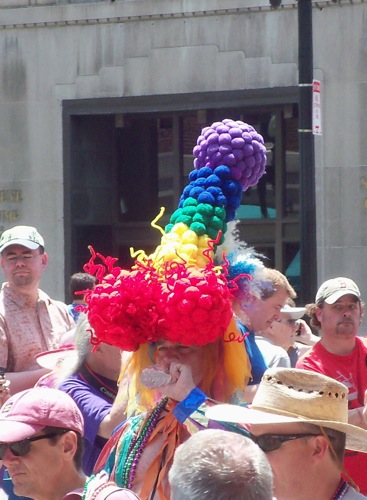 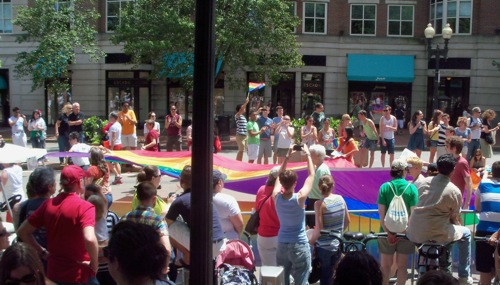 There were a bunch of men in purple priestly vestments: 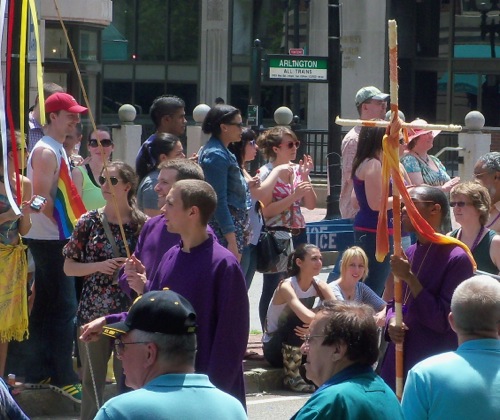 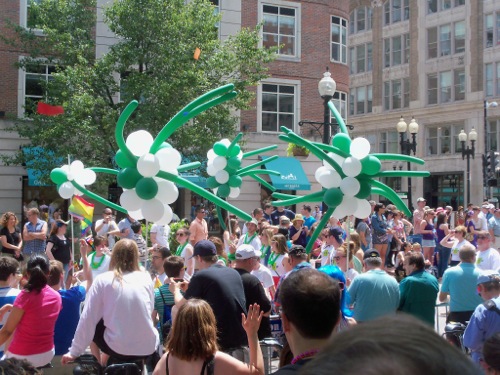 and The Price is Right! 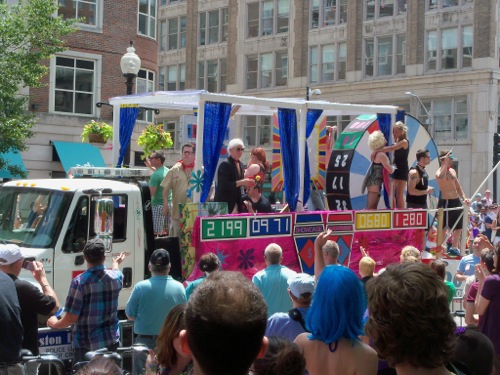 It also wouldn’t be a pride parade without some leather men: 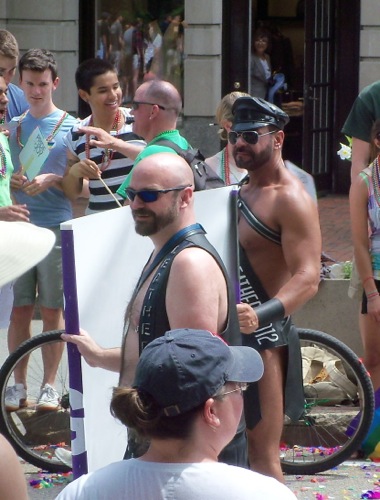 And their flag looked bigger than the large rainbow one:

This might have been the largest headdress I saw: 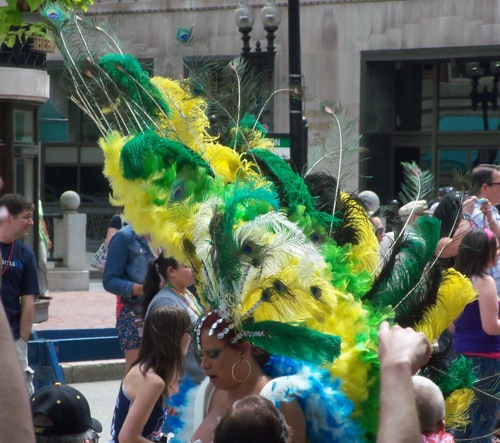 But this was a more impressive outfit: 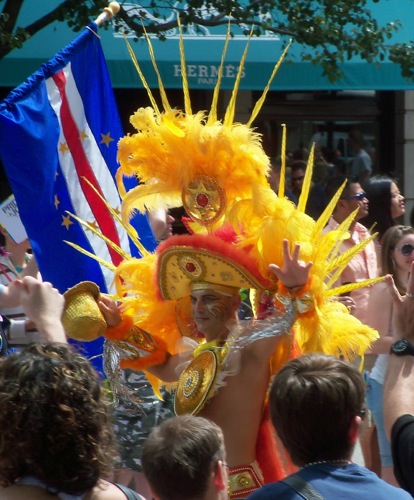 There were a number of politicians marching in the parade with groups of supporters.  They were mostly city councilors or candidates for state legislative districts in the area.  Toward the end of the parade, though, I did see my favorite U.S. Senate candidate: 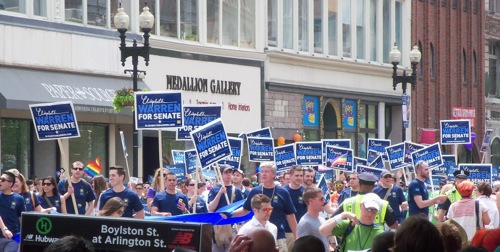 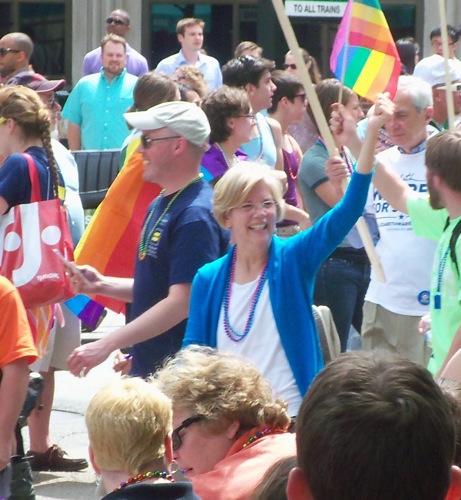 After the end of the parade passed by, I went back through the Public Garden toward Boston Common.  I caught the last parts of the parade again as they came up Arlington St., and got a good view of this vehicle: 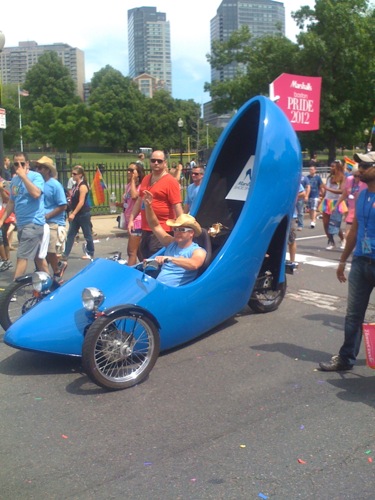 I went off in search of lunch, and found a Turkish place east of the common where I got a very filling falafel, hummus, and tabbouli sandwich.

Next time: the latter half of the day.