On June 10, I headed home from the Boston area.  I had decided not to set the alarm clock in my room, and so didn’t wake up until 8:00.  I ended up checking out at 9:30, and then hopping on my bike to pedal for home.  Whereas I had ridden to downtown Boston on the way out, then taken a bus up to the hotel in Revere, to go home I headed westward straight from Revere.

My route did angle a bit southward, taking me through communities such as Malden, Belmont, and Arlington, until I reached Waltham, where I linked up with the route I had followed before, and started following it backwards.  This first meant a long stretch on highway 117 (angling a bit north now), which took me through Concord and Sudbury.  In one of those towns (I think it was Concord), I saw this pretty little waterway: 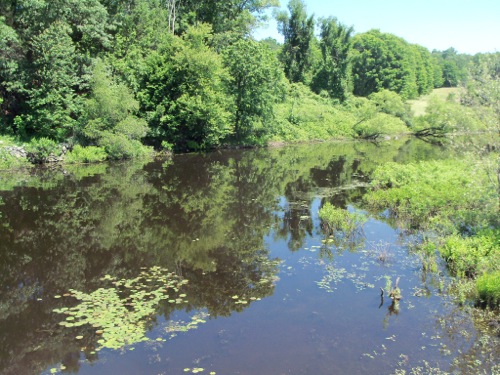 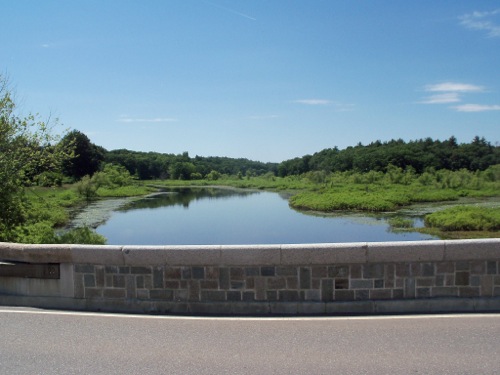 In Sudbury, I saw that there was a trail project, which not everyone in the town is happy about. 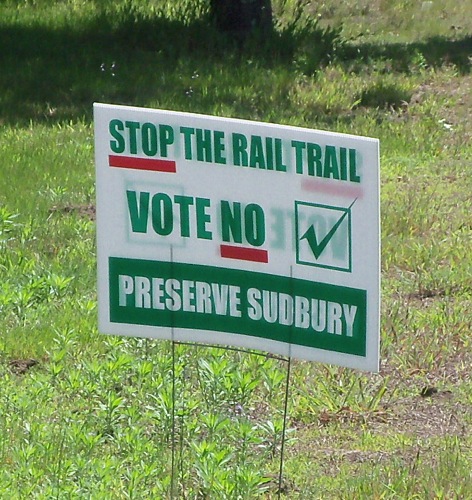 In looking at some google hits on the subject, it’s unclear whether these signs were leftover from votes the town took earlier in the spring (in which the trail was affirmed), or there was some new vote scheduled later in the year.

I made better time on this road than I had on the way out, which I mainly chalked up to being fresher for riding, since I was covering this stretch earlier in the ride.  Before too long, I was in Bolton, the town in which I would leave 117 and start heading through a series of different back roads.  In Bolton, I stopped to photograph the public library building: 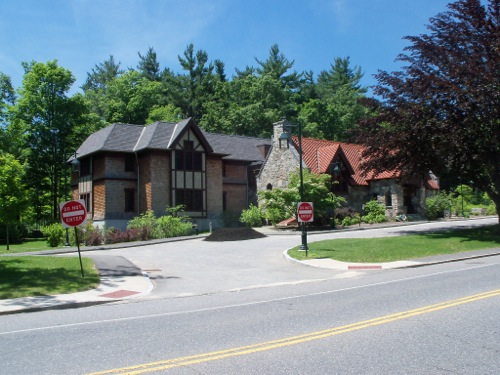 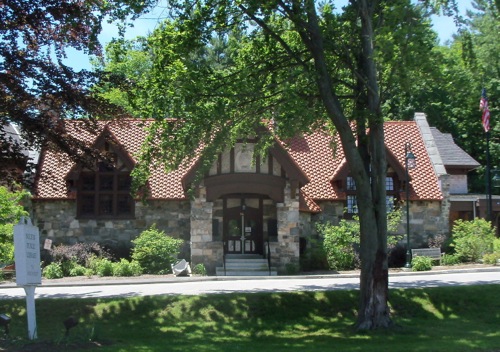 It’s an interesting building – I’m not sure how often I’ve seen a tile roof on a stone building.

I continued to make good time, and stopped off for lunch in the town of Sterling.  The place I picked to eat had a sign outside saying that they served breakfast, lunch, and dinner, but once inside I discovered that on Sundays it’s only breakfast all day.  So I had an omelet, toast, and home fries.

Soon after that I traveled back along the small section of bike trail in West Boylston, made my way through Holden and Rutland (in the latter town I stopped to replenish my water supply), traversing Central Mass and getting nearer the Quabbin Reservoir.  I didn’t take any more pictures until I was headed through Gilbertville (a section of the town of Hardwick), right near the Quabbin.  Here’s the library there: 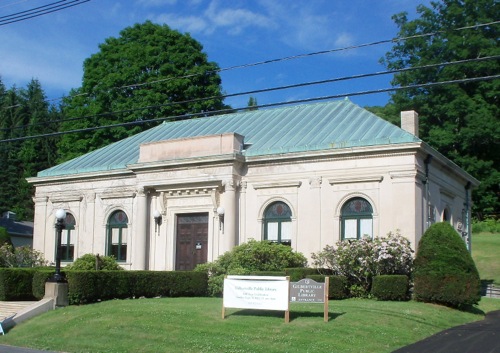 and an adjacent church: 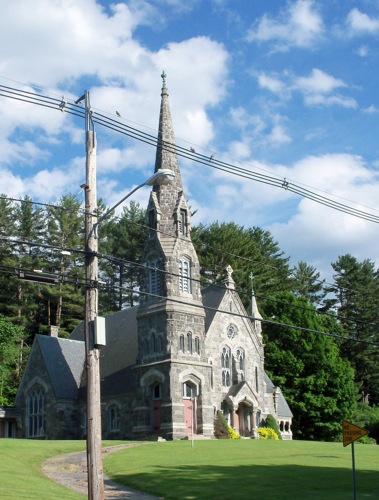 I headed south from there, to downtown Ware.  On the way into Ware, I saw this view: 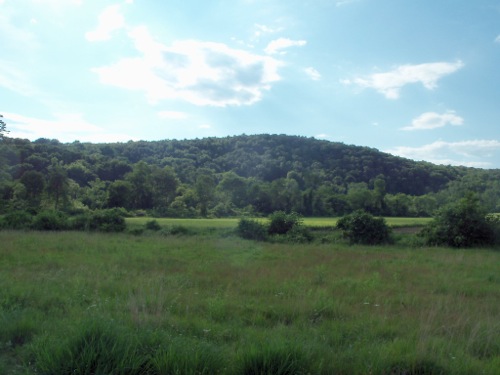 That would be one of the Quabbin hills.

I had dinner in Ware (a tuna grinder at a pizza place), and then headed on for the last 2 hours of riding.  It started to get dark when I got within an hour of home, so I put my lights on.  Just before home I passed through the Hampshire College campus, and stopped by this bus shelter with an art project in it: 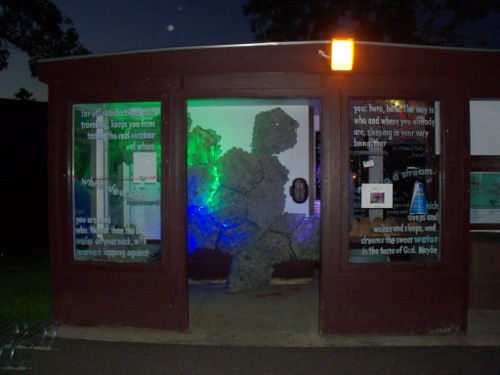 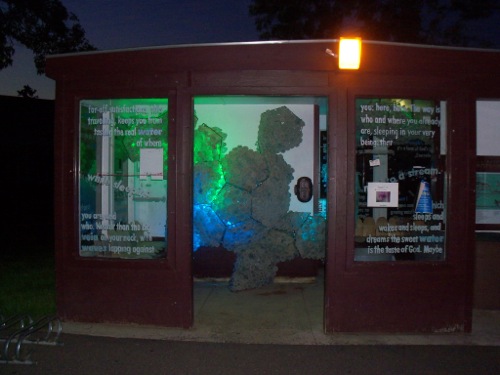 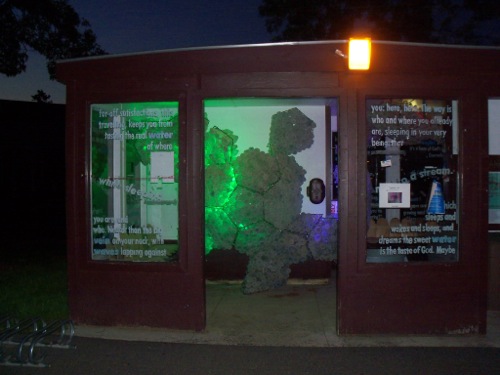 As you can see, the colors of the light change.  I had seen this exhibit on a previous evening ride, but did not have a good camera with me that time.

I made it home a few minutes after 9pm, making my total travel time 11.5 hours.  Interestingly, this is less time that it took me to go out to Boston, and I had even traveled a longer distance coming back, having ridden all the way from the hotel.  The most likely reason for the difference is that, on the way out I had to refer often to the directions and maps I had printed out, while on the way home I remembered most of the turns, and didn’t need to stop as much.

Thus concluded my longest bike trip to date, and my 40th year on the earth.