I posted last year about the flower on our night-blooming cereus plant, which was open for less than 24 hours.  It bloomed again this year, on almost the same date.

Here is a picture from late June, when we had just noticed that a flower was growing: 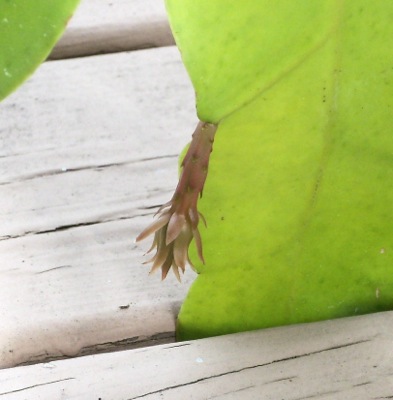 Here is the flower one day before blooming (July 7): 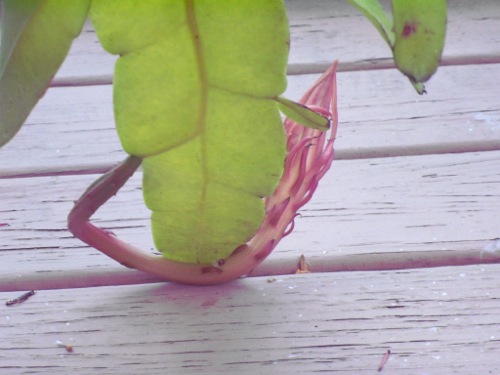 It began to open in the early evening of July 8: 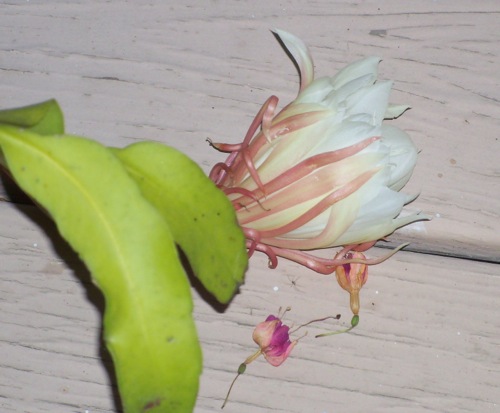 And here it is fully open in the late evening:

The following morning it was still open: 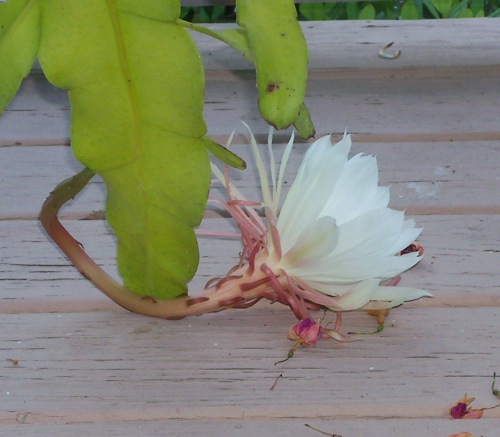 Later in the day it had closed up and started to fall off.  Until next year…