In early August I went for a ride to the North.  Specifically, I was headed for Northfield, which I had ridden through 2 years ago on my way to Brattleboro, VT.  I took pretty much the same route up there, going through the UMass campus into North Amherst, then heading through Leverett and Montague.  At the north edge of Montague I went over the same little walking bridge as in 2011, which crosses the Millers River in a very pretty spot.

In fact, as an aside, I got contacted last December by a staff member of the Northfield Mountain reservation asking if they could use one of the pictures I had posted from that bridge.  They were putting together a Google map guide to various scenic recreation spots in the area, and thought my picture illustrated the bikeway well.  That guide can be seen by clicking here, and if you scroll down the sidebar and click on “Franklin County Bike Path – Northfield Connector”, you’ll see my picture, and a photo credit that links to my 2011 blog post.  Pretty neat.

I continued along the Connecticut River, until the road moved me back to highway 63, and then headed up into Northfield Center.  I stopped for lunch there (at an okay bar/bistro), and then headed east into new territory for me.  I was headed into the town of Warwick, MA, from which I would then head south.

Now, I expected that the road, which goes near Northfield Mountain itself, would climb a ways, and then descend into Warwick.  That’s not quite what happens.  The road climbs, and climbs, and climbs some more.  It turns out that Warwick is at a good bit higher elevation than Northfield.  So I kept expecting the climb to end, but then the road would continue going up.  Finally it went downward a little, but then I had a last little climb to come out on highway 78, which would take me south.

Now, this was where I really started to go downhill.  There was a lot of descending on 78, and some downhill sections were nice and straight, which meant I felt safe letting gravity speed me up a lot.  I have a bike computer that I got last Xmas that has a speedometer and odometer – at one point heading down route 78 my speedometer actually read 40MPH! (which is kind of a scary speed on a bicycle – even on a straight road with  no traffic around)

Before leaving Warwick, I stopped by the side of the road where there was a nice pond: 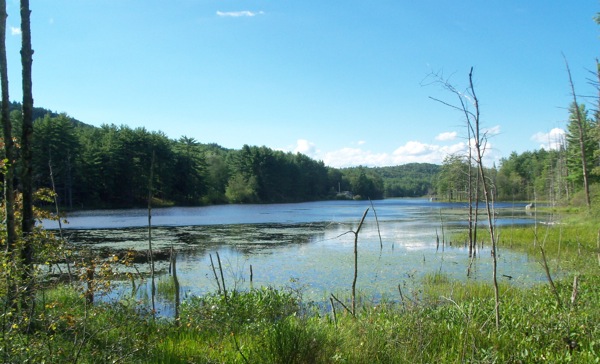 As I was taking that picture, something came out of the rushes to my right.  It was a heron, which had flown up just a bit to a fallen tree: 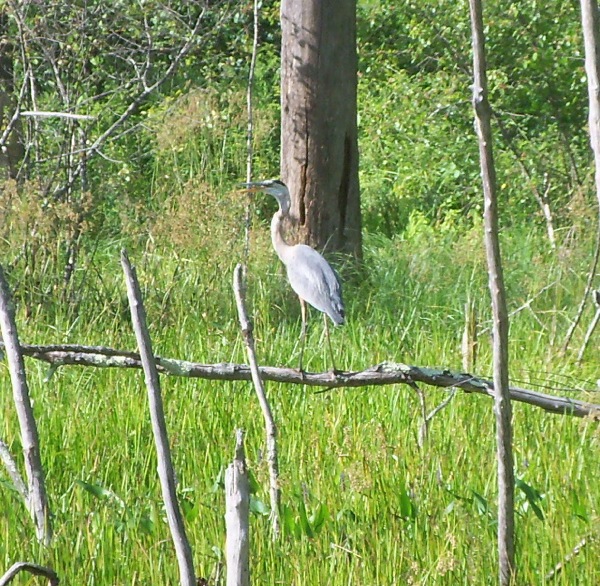 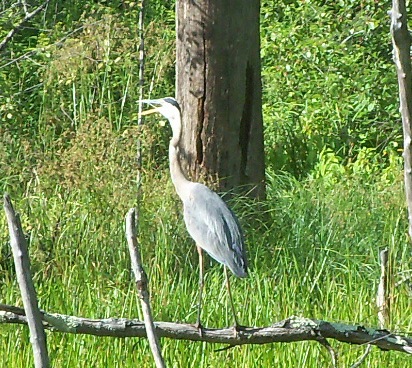 It wasn’t there long.  I got a couple of pictures of it and then it took off across the pond.

Heading south again, I soon entered the town of Orange – one of the larger towns in Franklin County.  I only passed through one corner of it (didn’t really get close to downtown), but my descent ended there.  I arrived at route 2A and headed just a tad west, then was able to go south across a little bridge over the Millers.

This is looking back at 2A from that bridge (and having just passed under that railroad trestle in the photo): 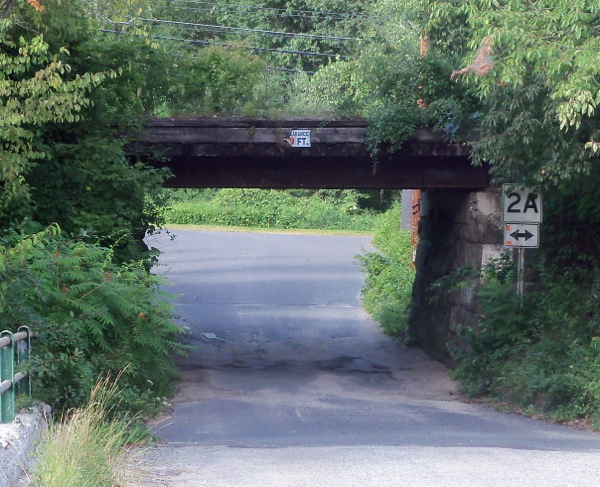 Here’s the view upriver (east) from the bridge: 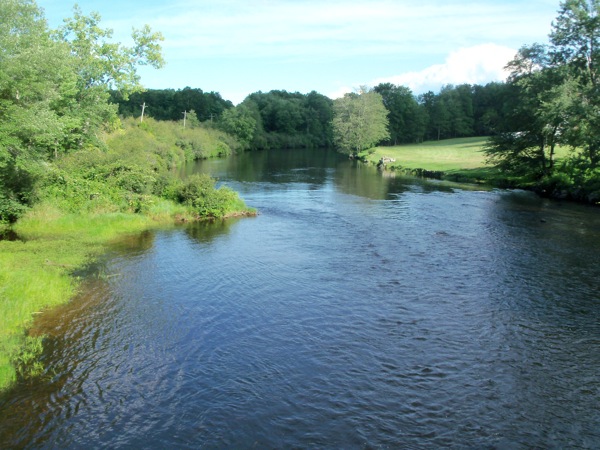 Not visible, but just off the right side of the photo was a house whose lawn sloped right down to the river.  I thought it would be really cool to live right by the water like that, but then wondered if their house is high enough to avoid flooding in the spring.  Who knows?

Here is the view downriver: 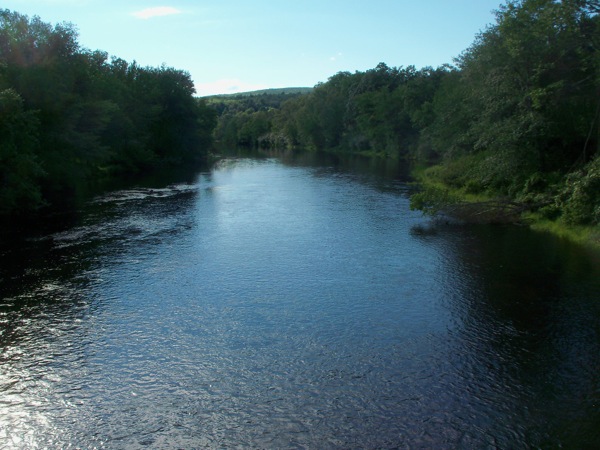 From there I continued south into the town of Wendell.  I had to start climbing again there (I had forgotten that Wendell is on quite a hill).  Once I got to the top it was not far to Wendell Center.  There is a lovely general store there which I stopped at to get more liquid, and then I headed south and west (and downhill) through Shutesbury and into Leverett.  In Leverett I picked up route 63 again and headed back home the way I’d come.

The total time of that trip was a little over 8 hours, and I went 79 miles.