On my fourth day in Iceland, I checked out of Héradsskolínn to head back to Reykjavik.  There was finally good sunlight shining on the town of Laugarvatn, so I took some last pictures of the hostel: 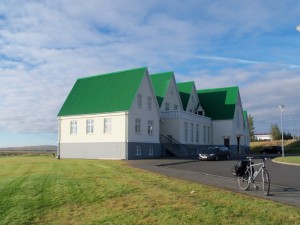 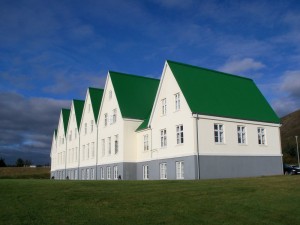 and of the nearby mountain: 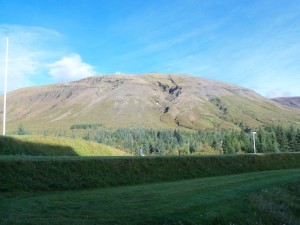 and some other buildings in the town: 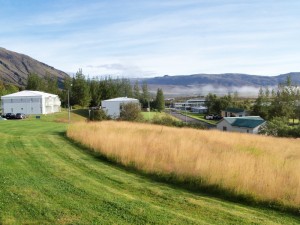 This is the Laugarvatn Fontana, where I had the geothermal bread and smoked trout.  It’s kind of hard to tell in the photo, but it has a grass roof: 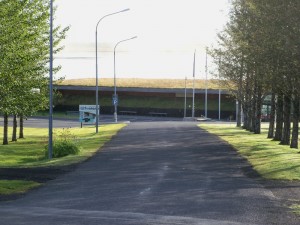 I also got a picture of this re-purposed mixer inside the hostel: 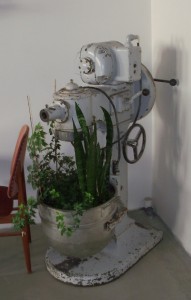 I took a different route back to Reykjavik than I had taken out.  I first headed south on Route 37.  Here’s a view of the lake not long after I departed: 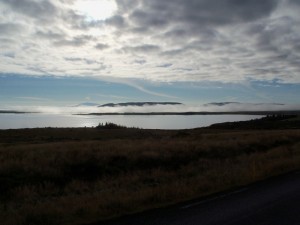 I headed south until I hit Route 35, which I then followed west by southwest.

At one crossroad, I made a point not to take the right turn: 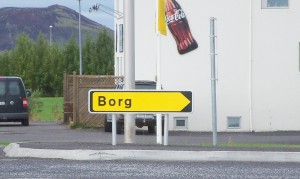 although resistance was probably futile.

At one point on 35, I saw signs for a tourist site called Kerid (it can also be transliterated as Kerith – the last letter is an eth).  I did not know what it was, so I stopped to take a look.

It turns out to be a huge volcanic crater: 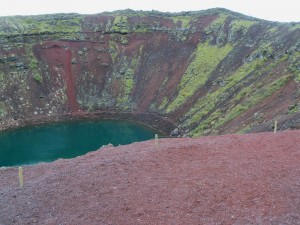 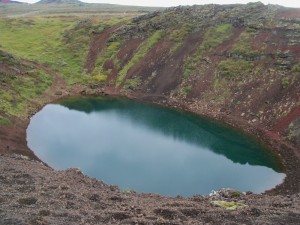 To give you an idea of the scale of the place, here’s a person standing atop the slope: 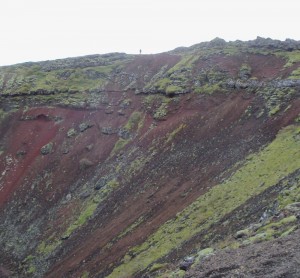 There was a path going all the way around the top, so I got to see the crater and its little lake from all angles. 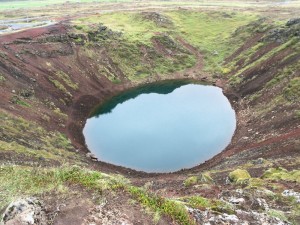 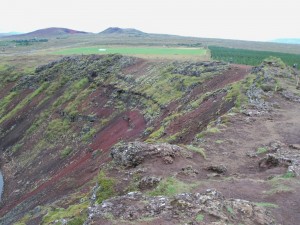 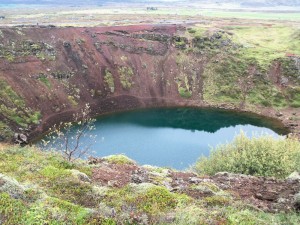 One can also walk near the bottom, around the water, but I didn’t want to take the time, so I got back on the road.

Not too long later I came to Route 1, near the large town of Selfoss.  I started following it west (with it angling north a bit), and after another half hour or so, stopped for lunch in a much smaller town called Hveragerdi.  There wasn’t much there, but there was a bakery in a small mall that served sandwiches, so I got a decent meal.

I walked around the little mall after eating, and discovered this: 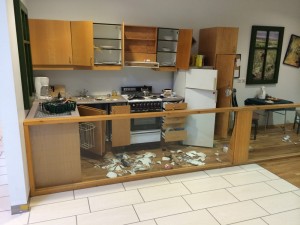 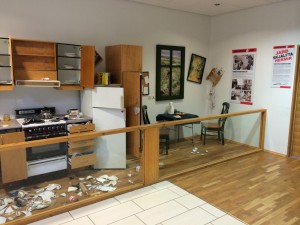 I did not know what to make of it until I saw this sign: 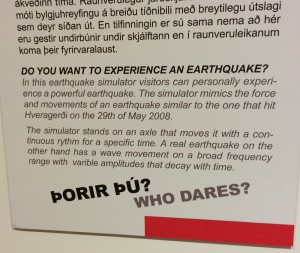 Thorir thú, indeed?  It didn’t matter whether I dared, as it did not seem to be in operation while I was there.

The riding had been pretty level so far that day, but as I left Hveragerdi I had a good-sized hill to climb.  I did not realize just how long a hill it was.  I was in the lowest gear, pedaling as long as I could hold out, and then stopped to rest.  Then I went another good ways, and had to rest again.  I thought I was getting near the top at that point, but I found out soon enough tha my second rest was only halfway up the hill.

Here are some pics from the halfway point: 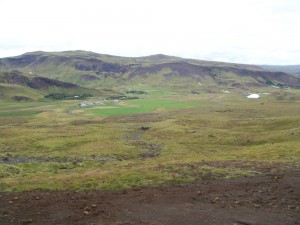 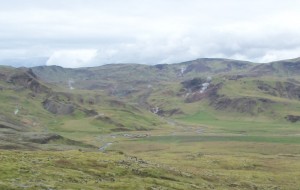 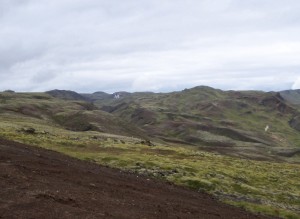 Here’s the view up the hill: 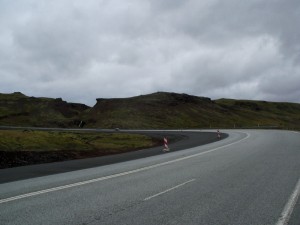 Which at least contained a pretty waterfall: 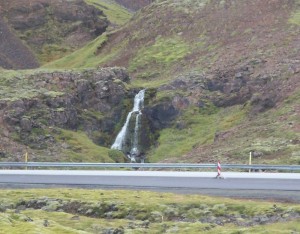 After 2 more rest stops, I was at the top, and rode on a fairly long straightaway.  I could tell I was on a high plateau of some kind, because the wind was fairly unrelenting.  The temperatures had been in the 50s for most of my time in the country, and it was right around 49 or 50 that day, so the wind made it uncomfortably cold.  It also was often blowing from in front of me, so it was not easy to make headway.  Another unfortunate fact is that the shoulders of the road were not very wide through this section, and on Route 1 cars were zooming by at 90 KPH or more.

I do not recommend this road as a good cycling route.   🙂

Eventually, I got to a good long downhill portion, and though I still had to contend with cold wind, the going started to get easier.  I stopped off at a gas station to warm up a bit at one point, after which the shoulders got wider as I got near Reykjavik.

Once I got to the outskirts of the city, I was able to find my way back to the paths I’d used to exit the city earlier in the week, and so I retraced my route back to the airbnb apartment (I was to stay that night in the same place I’d stayed my first night in Iceland).

I got checked in around 4:30pm, showered and changed, and then went to the shopping mall nearby to look for a cheap backpack or something like it.  I was done carrying luggage on a bike for this trip, so I thought I should replace my broken bags with something better.  I found cheap, small backpacks at a sporting good store and bought 2 of them.

After that I headed into the city to get dinner. I saw this recycling container near the harbor: 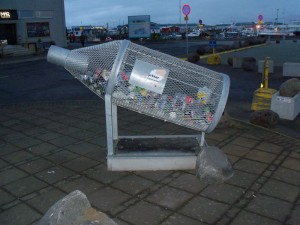 I ended up at a restaurant called the Sea Baron, where you pick out skewers of raw food from a refrigerated case, and they grill them for you.  I got skewers of redfish, potatoes, and vegetables (pepper, mushroom, onion, tomato).

I looked around the downtown a bit after dinner before heading back to my lodging.  I saw this figure next to a gift shop: 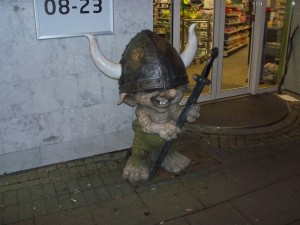 One of many elves that populate Iceland, I believe.

I also passed by a little lake, which had ducks swimming around in the dark: 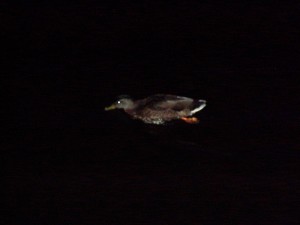 Usually I’d expect them to sleep at night.

Speaking of which, I got back without incident and went to sleep for my last night in Iceland.

Next: off to the UK