On my last morning in Iceland I got up somewhat early so I could return my rented bike (Óli Stef).  I headed for the Reykjavik waterfront along the city’s bike paths, and partway there, I noticed geese in the median strip of the road (click photo to embiggen): 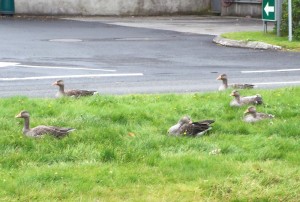 I also encountered this little bird at the waterfront: 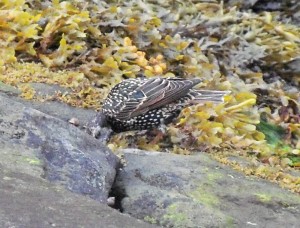 I believe it’s a starling.  In this photo it’s poking into a seawall, presumably trying to get some food.

After dropping the bike off, I walked back toward my lodging, taking in some more of the city on my way, as I did not have to hurry.

A couple of days earlier, I had visited the home of the original Althing, the gathering of the country’s leaders to make law.  The Althing still exists, but it meets in a building in Reykjavik – this building, to be exact: 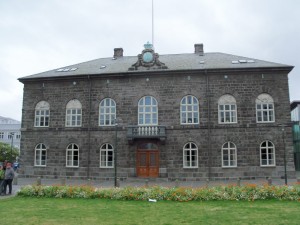 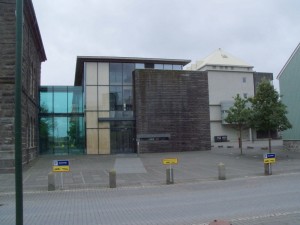 It’s labeled on this side section:

As are the spaces on the street in front of it: 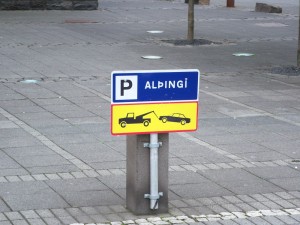 That third letter is the letter thorn, by the way, which has a soft ‘th’ sound.  I’ve been transliterating it to ‘th’ in Althing and Thingvellir, among other words.

I thought this fountain was neat looking: 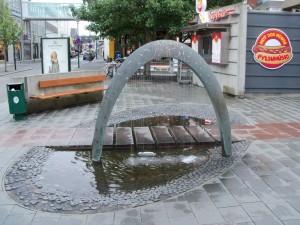 And yes, that is a hot dog stand in the background – it’s supposedly quite popular.

I came across some interesting sculptures on my way east through the city: 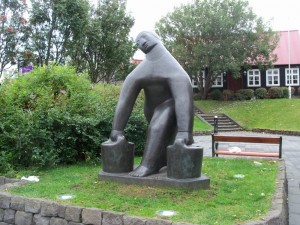 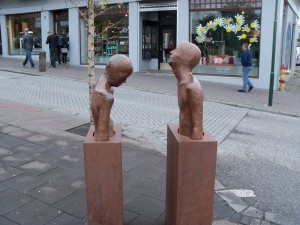 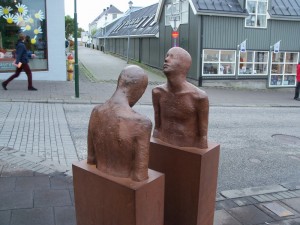 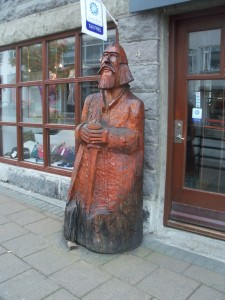 Not sure what to make of these folks: 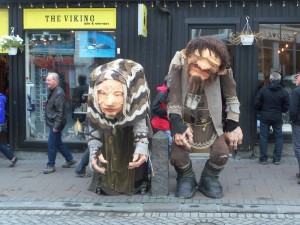 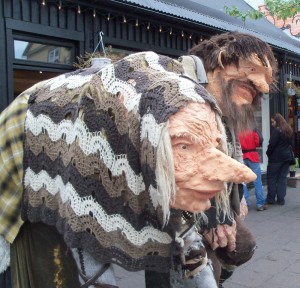 or these polar bears: 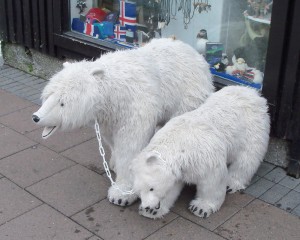 I saw similar stuffed bears in chains in front of other stores.  It’s some kind of thing…

At the far end of the street was one sight I wanted to make sure to go by: 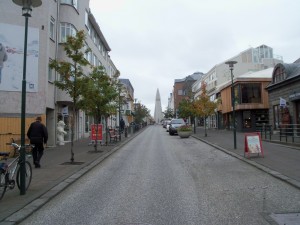 It is Hallgrímskirkja, the largest church in Iceland, and of unusual architecture: 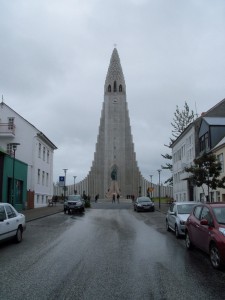 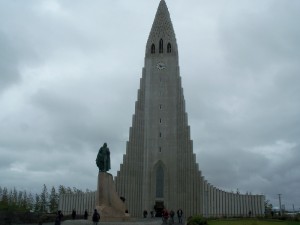 There is a statue out front of Leif Ericsson out front: 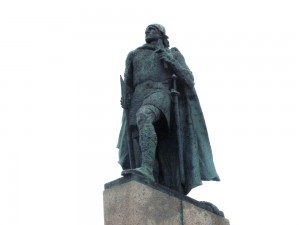 This inscription is above the door: 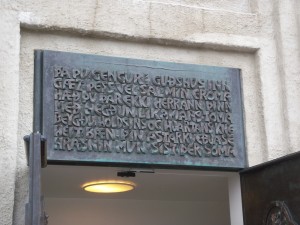 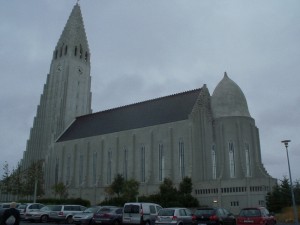 I did not go inside, but I did encounter another friendly cat outside the church before I moved on: 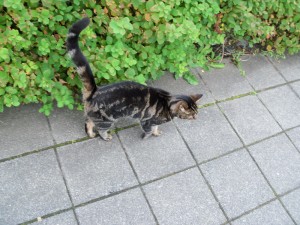 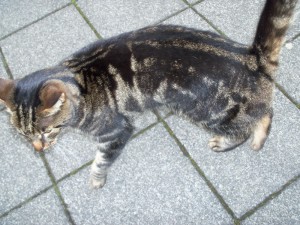 I got back to the apartment and packed up my stuff, then took a city bus to the bus station.  There I had some lunch (more lamb) and waited for the bus to the airport.

It had been dry that morning, and for a couple of days before, but it started raining by the time I got to the airport, just as it had been raining when I arrived in the country.

Getting my bags checked required waiting a while in line, because the luggage conveyer belt at the check-in counter had broken down.  Eventually some carts were brought to move the luggage through, and I was able to head for the gate.

On the flight to London, I watched an Icelandic documentary called Electric Reykjavik, about the electronic music scene there.

The plane flew southward over the British Isles, and I was able to glimpse some thin white things in Scotland or Northern England.  I took as best a picture as I could with my phone: 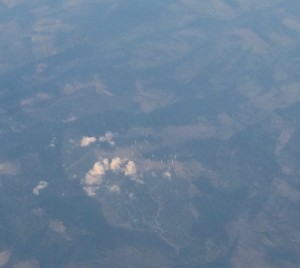 They’re right in the center of the image.  I was able to figure out pretty quickly what they were, because I could see blades turning.  Apparently, windmills are visible from tens of thousands of feet in the air.

I arrived fine in Heathrow airport, and took a bus from there to Reading train station.  From there it was a short train ride to Didcot, where I was staying with a friend for a couple of nights.  The next day, she’d be showing me around Oxford.