As I mentioned briefly in my first post this month, I went to Las Vegas for a convention for work (the same conference I went to in 2011).  The trip out there was uneventful, and I made it to the hotel fine.

The hotel I and my co-workers were staying in this time was the Luxor.  Yes, it’s the big, black pyramid: 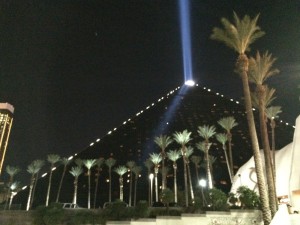 At night it has that huge beacon shining up toward space from the apex.  In a city that’s well known for its light pollution, this place may be the worst offender.

Some statuary out front (click any picture to enlarge): 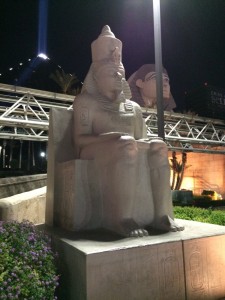 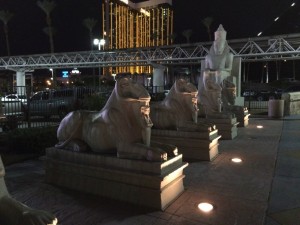 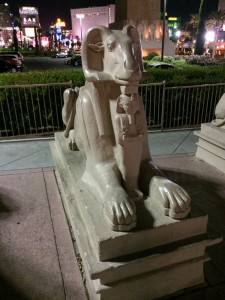 Similar features are found on the interior: 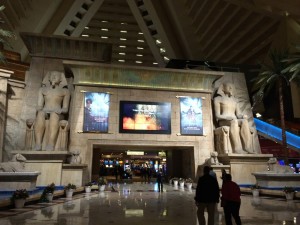 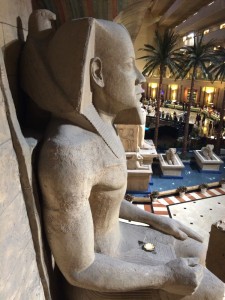 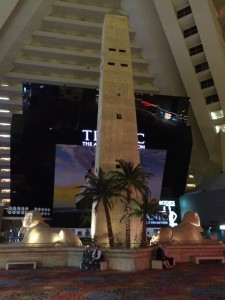 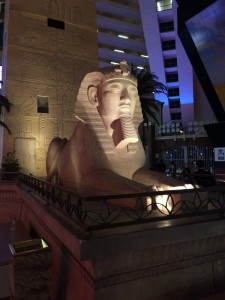 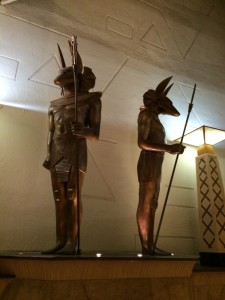 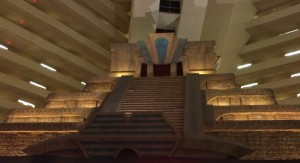 Looking up at the apex from the ground level: 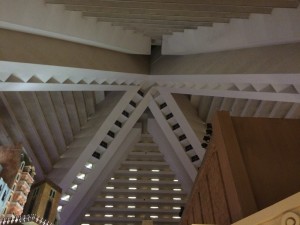 I ended up with a room on the 26th floor (there are about 30 floors total).  Getting up there was kind of neat, as the elevators in the place travel diagonally in the 4 edges of the building (you can’t see outside the elevator while you’re in it, but you can feel that the movement is partly horizontal).  On each floor, there are walkways which are open to look down, with the rooms all on the exterior of the structure.  Here’s the view across the interior from outside my room door: 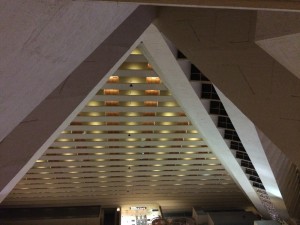 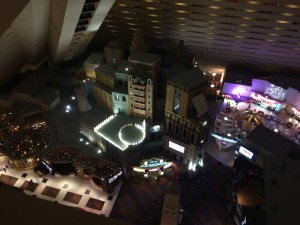 Here’s the room itself: 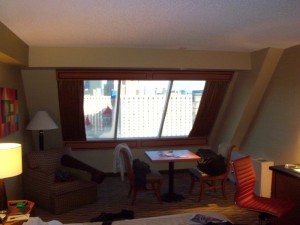 There were heiroglyphs on the bureau (not sure whether they’re real ancient Egyptian letters): 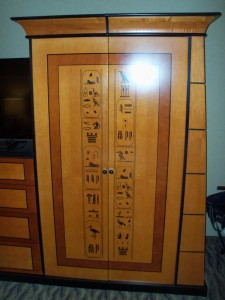 The hand soap in the bathroom was also part of the theme: 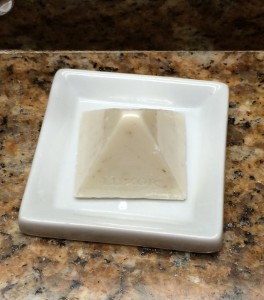 You can see by the angle of the window that the room is on the side of a pyramid: 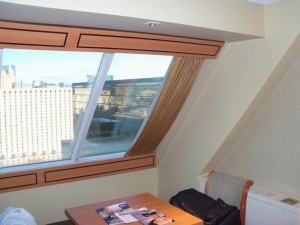 Here’s the view, looking northward at the Excalibur: 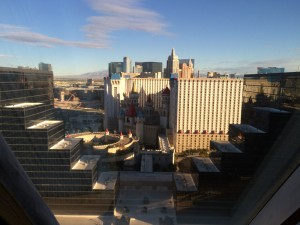 Looking slightly to either side are the Luxor’s adjacent towers, which hold more guest rooms: 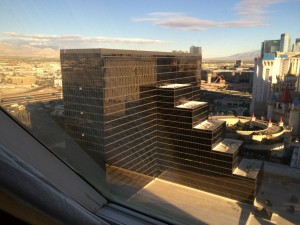 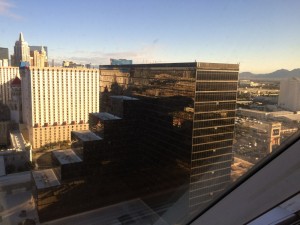 Here is the view at night: 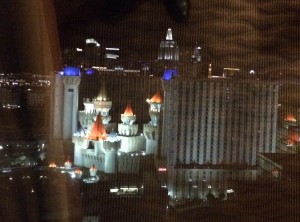 It was a comfy room, and the Internet connection worked well, though I was a bit surprised that the rooms only offer wired Internet.  Wireless is only available in the public areas on the lower floors.  At least they provided an ethernet cable on the desk, given that I had not brought one.