Back in April, I went for a 26-mile bike ride, which is a typical length for the early to mid-Spring as I get back in cycling shape.  I rode to Westfield, Mass to check out Stanley Park, which I’d heard about but had never visited.

I entered the park on the South side, at a sort-of “back entrance”.  There was a small parking lot there, which featured the entrance to hiking trails in a wooded area.  The trail just looked like a little dirt road at first, but then became more of a traditional hiking trail further along (click on images to view larger). 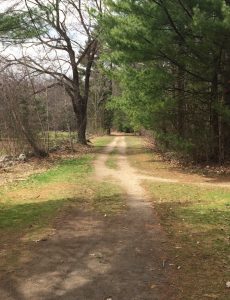 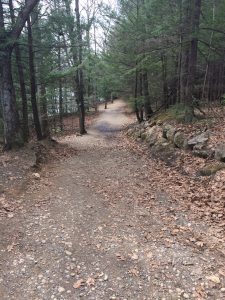 The trail I hiked mostly followed the Little River, which flows along the southern part of the park.  There are a number of nice views of the water, such as this: 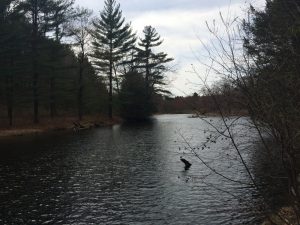 I did not see a lot of wildlife, but did catch sight of this snake, just after I heard it slither off the trail into the groundcover: 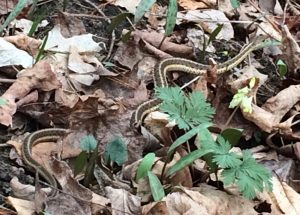 At one point, the trail I was on crossed a tributary stream, doing so on a floating bridge: 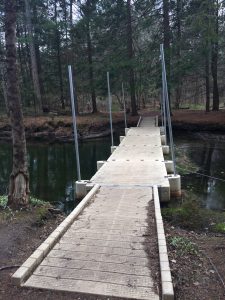 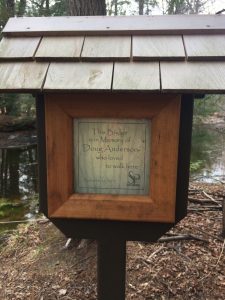 I walked through the trails for about 90 minutes, before getting back to my bike.  I then ended up walking the bike through other parts of the park, such as past a duck pond: 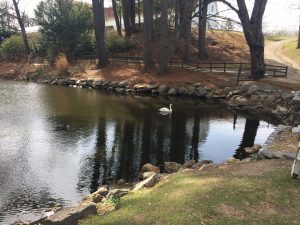 which had a swan in it, as well as ducks.  There were also various kinds of geese around, including these white ones: 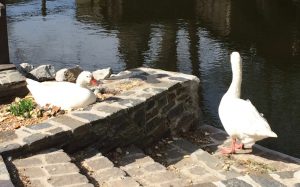 Near the pond are a couple of small, old structures, like this one with a water wheel: 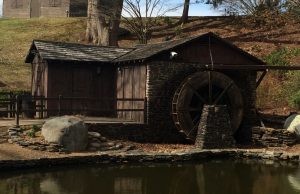 As I moved past here toward the front of the park, I passed through a couple of the garden areas, including the Asian Garden (named for the structures erected more than the plant life). 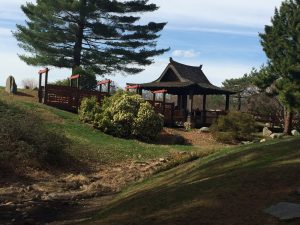 Near those gardens, along the front side of the park, were a series of athletic fields and picnic areas.  For a park in a somewhat urban area, it was not only larger than I expected, but surprisingly diverse in the types of terrain and facilities.