Blog : Forest in the City

Forest in the City

The first weekend in June this year, I went on my first 50-mile ride of the year.  Much of the route was roads I’d ridden on before.  I rode from Holyoke east into Chicopee, then south through Ludlow and a bit of Springfield into Wilbraham.  I then went southwest to East Longmeadow, rode the Redstone Trail again, and then made my way due west into the town of Longmeadow.

I had not biked through Longmeadow this way before, but my objective was to head to a part of Springfield that I hadn’t previously visited.  Heading north into Springfield, I rode into Forest Park.  I’ve known about this large park in the city for years, but only finally got around to visiting.

I didn’t ride through all of the park – mostly the western section.  There I found a large pond: 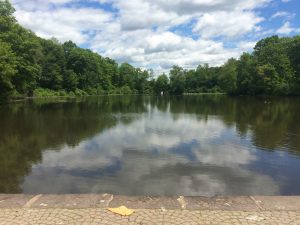 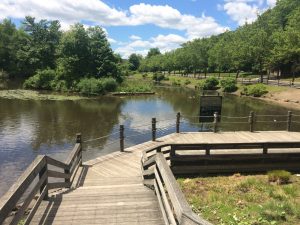 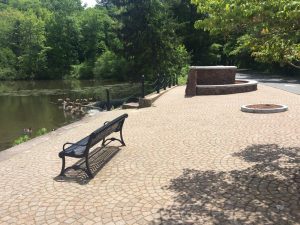 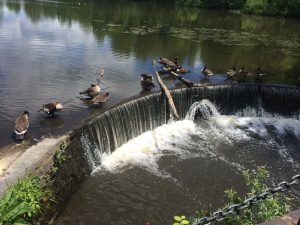 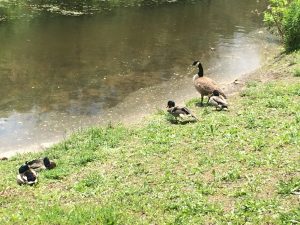 Apparently that one goose prefers the company of ducks to that of its own species.  Birds, like humans, have different orientations, it would seem.

I passed by the old carriage house that is now used as an event space, and walked up a little hill to view the fancy mausoleum of the Barney family. 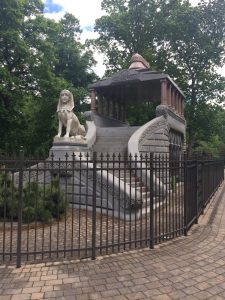 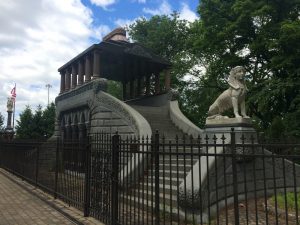 It’s fenced in, so the general public can’t climb all over it (or to keep people from defacing it, I suppose).

I exited the north side of the park and went to have a burrito for lunch.  I then, as a couple times in the past, rode up Springfield’s riverside bikeway, though that path currently has a discontinuity.  The portion of it that traveled on a bridge over railroad tracks is closed and under construction – part of the larger reconstruction being done on Interstate 91.  So I had to ride on downtown streets for a ways, then go back to the path.

After reaching the northern end of the bikeway, I headed through Chicopee and back to home.

Next: a weekend bike trip to another state.