Blog : Fogs and frogs and birds in bogs

Fogs and frogs and birds in bogs

Last weekend I hiked section 8 of the M-M trail, which I had done once before (about a year ago). This was different from my other hikes, in that I got up early and hit the trail at 7:15am, as opposed to hiking in the afternoon. This had the big advantage that it wasn’t blazing hot – the temp was around 60 degrees when I started out.

There was an added interesting feature to doing a morning hike. Namely, that as I drove from Northampton to the Eastern end of the trail section in Amherst, I passed through a bunch of fog that as covering the river and half of the town of Hadley.

Luckily for me, much of the fog was still there when I reached the first scenic lookout, on the Western slope of Long Mountain: 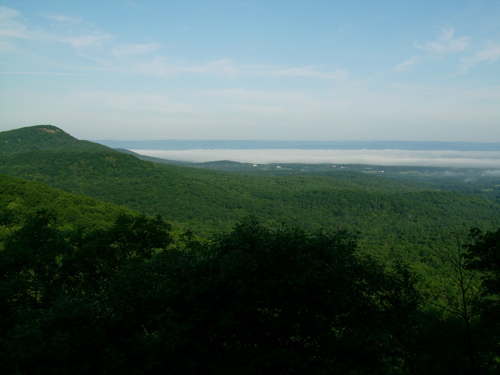 It looks kind of like other pictures of clouds seen from mountaintops, until you realize that the mountain I was on only rises a few hundred feet above the valley floor.

The only other pictures I snapped on that hike were of a beautiful spider-web in the woods, which isn’t really visible in any of the shots. Too bad. It was a notable hike, though, because I got to the Western end (the Notch visitors’ center) in about 2 hours and 25 minutes. Last year the same hike took me 3 hours and 10 minutes. It’s true that I stopped to take pictures less this time, but some of that 45 minutes I shaved off is because I didn’t have to rest as much. Spending a good chunk of this summer hiking has put me in better shape, with better endurance.

A bit later the same day, I went to the swampy portion of the Norwattuck trail to look for herons. And indeed, I saw a few. The first one I saw was closest to the trail: 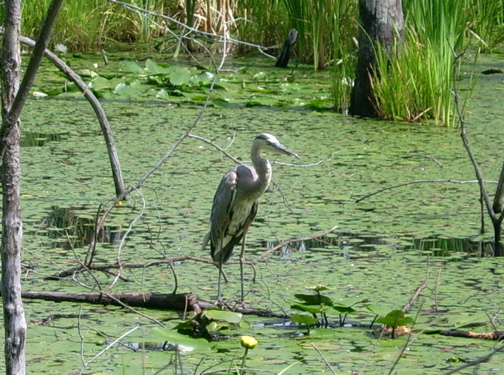 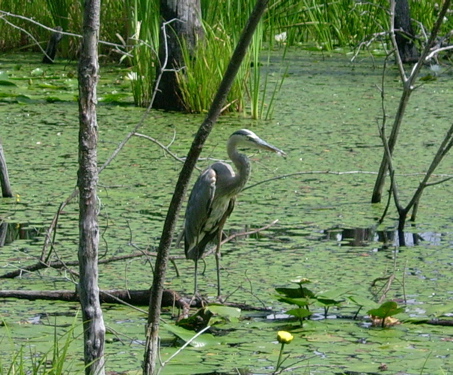 I walked further along and saw one a ways away:

After walking a bit more without seeing another, I headed back. When I got near the point at which I’d seen the first one, some other people walking past noticed a heron in a tree: 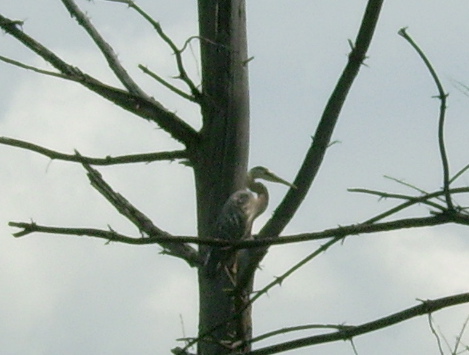 I think this might have been the same one I first saw, as there was no longer a bird in the spot I’d seen it. Continuing back toward the car, I just managed to distinguish one more a longer distance off: 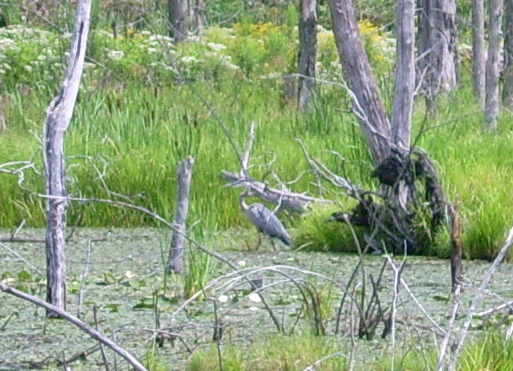 I also checked out some water near the trail that was full of lily pads. In there, I found a frog on top of a pad: 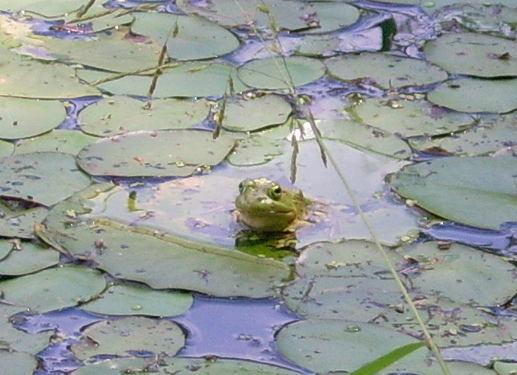 And also a frog partially submerged: 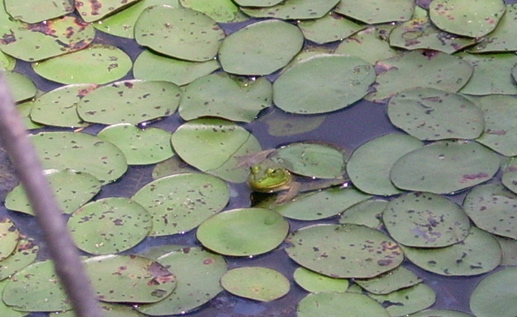