Blog : Another effect of global warming

Another effect of global warming

I went on a hike this past weekend with my friend David. It was the same hiking trail we went on in July, but we scheduled to do it again over Columbus Day weekend specifically to see the Fall colors from on high. It turns out that not that many trees’ leaves have turned. The weather has been warmer than it should for leaf turning (I hesitate to say ‘unseasonably warm’, because warm October seems to be the new norm).

Nevertheless, it was a fun hike, and I took some different pictures from the last time. As we hiked up to the summit of Mt. Tom, I did take this photo of the view: 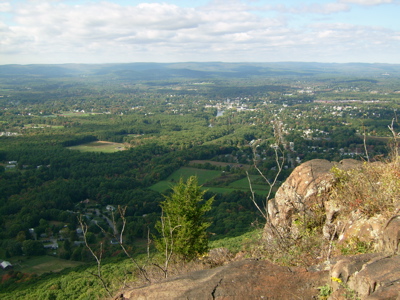 And I had David snap this photo of me, proving that I was on top of the mountain: 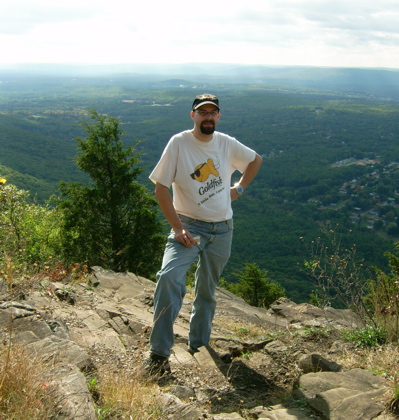 These photos were taken in a spot just a few feet below the summit itself. Instead of a trail or rocks to climb for those last few feet, though, this mountain has concrete stairs: 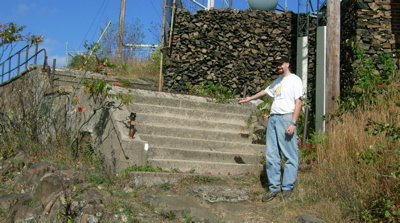 These stairs and the walkway they lead to are the remnants of an old hotel that stood on the peak. You have to be a bit careful, though, because the concrete has crumbled away in places: 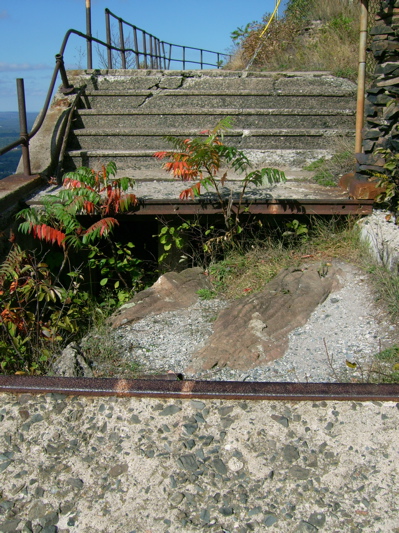 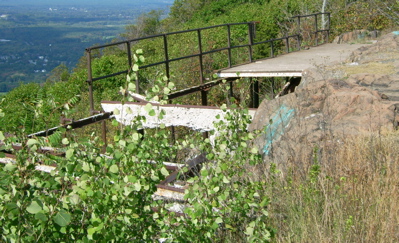 The mountaintop is now home to several towers supporting all manner of radio antennae, satellite and microwave dishes, etc.: 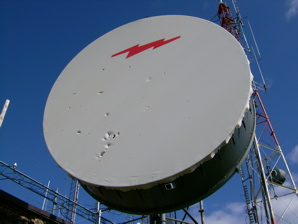 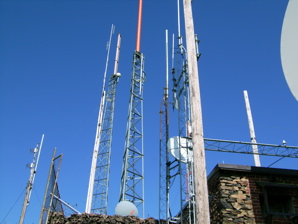 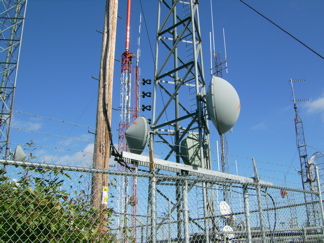 After that peak, the hike went quicker than last time, because we knew where to find the trail (we had lost track of it shortly after this area the previous time, because you have to get really close to the cliffside to follow it). Quite a ways further along, after a bit of descent, we ascended again to Whiting Peak, and there we saw what we thought at first to be hawks. On closer inspection, we decided they were probably turkey vultures. It helped that one landed on a tree downhill from us, so we could get a better look at it: 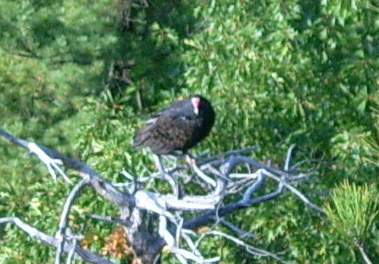 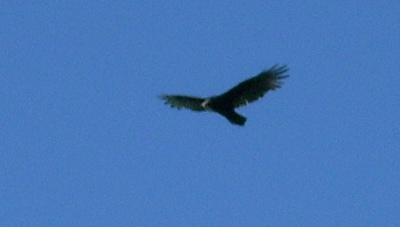 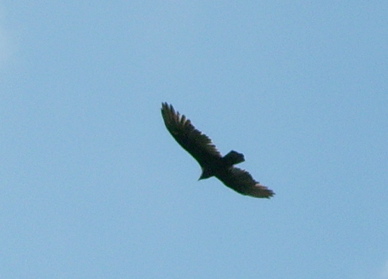 We did a shorter section of trail than the last time – about 2/3 of the distance – and so finished up less than 3 hours after we’d started. I definitely plan on doing some more hiking this Autumn, hopefully to see more spectacular colors and to take advantage of cooler temps (so as not to get so sweaty).