Blog : I want to write my icicle

I want to write my icicle 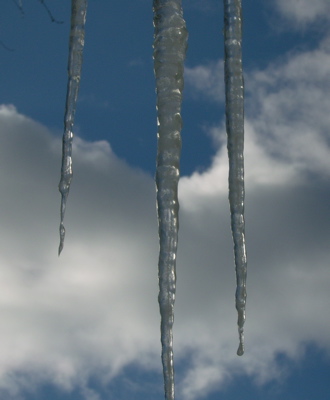 This is a catching up post, as the pictures contained herein were taken a week ago (or more, in some cases).Â  After the Thursday snowstorm where I did the time-lapse video, we got just as much snow in another storm that Sunday (12/16).Â  On Monday morning I took some pictures around the house.

First, though, I have some pictures from before those storms, when there was just a little snow on the ground.Â  We had a visitor in the backyard, who looked like a young’un to me: 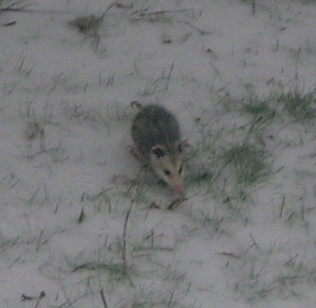 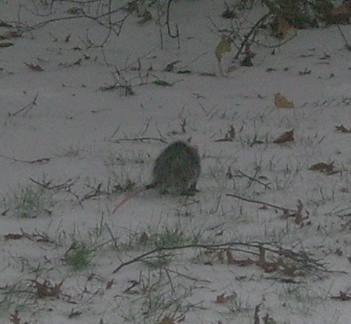 It is certainly much smaller than possums I’m used to – though I suppose that they could just grow them smaller here in New England than in the Midwest.

Here are pictures of the snow on our street the day after the second storm, after most of it had been shoveled and such: 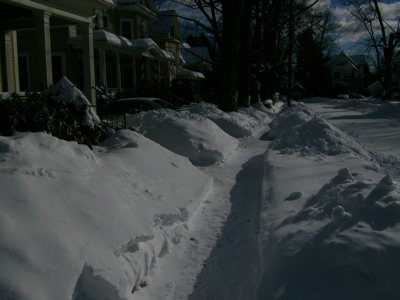 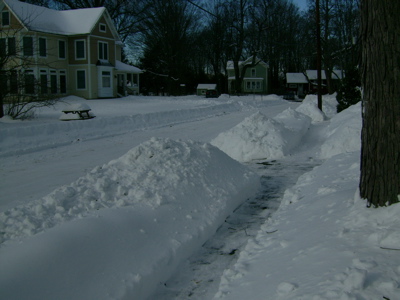 Here is the car for height comparison: 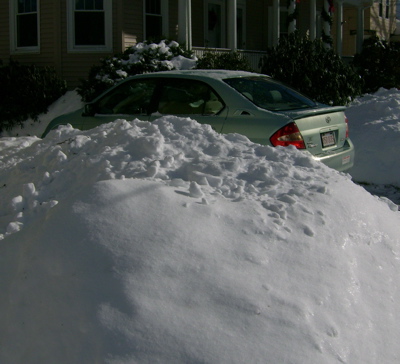 We also had some wicked long (like I said, this is New England) icicles on the house.Â  The most artistic picture I took of them adorns the beginning of this post, but here are more pics that show the size better: 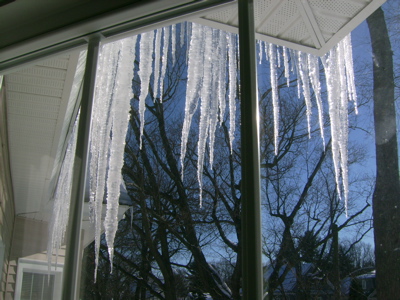 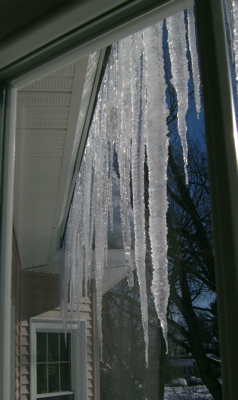 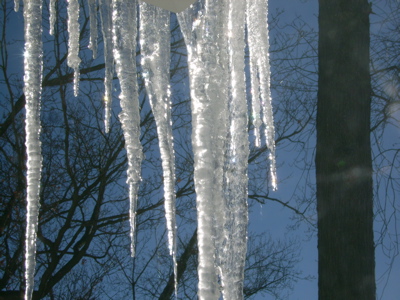 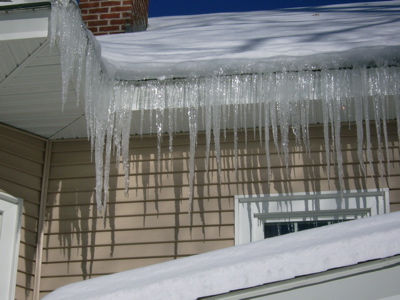 The last few days have been warmer – above freezing each afternoon – so a lot of melting has taken place.Â  We heard crashing sounds last night, which seemed to be ice and snow falling in large chunks from the roof.Â  Nevertheless, there’s so much snow on the ground that all the melting has still left things white for xmas.