Training ride number 3 took place on the Saturday of Labor Day weekend.Â  I decided to tackle a feat that I’d been thinking about for the better part of 2 years.Â  I was going to ride up Mount Holyoke.

Mt. Holyoke is the Westernmost peak in the Holyoke range, and it forms the bulk of Skinner State Park.Â  It’s also only a 20-minute ride from my house (the base of it, that is).

I headed down route 47 toward the park.Â  Here’s the mountain from a mile or 2 away:

When you get closer, you can see the summit house that sits atop the mountain: 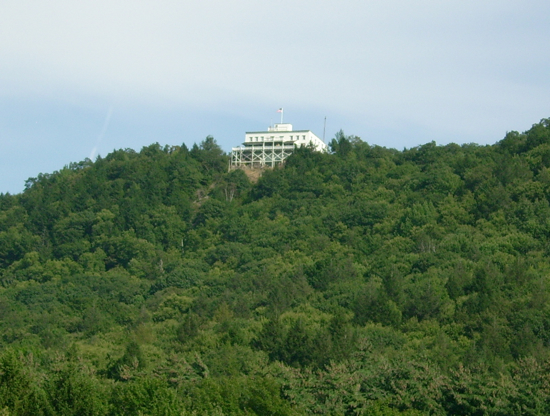 The climb began rather steeply, and I had to stop and rest twice in the first quarter-mile.Â  I thought I might end up taking a long time to get to the top, but the road became much more gradual soon, and I was able to go much of the way up without stopping.Â  It got steep again toward the end, where it goes around a few hairpin turns, so I rested 2 more times before reaching the top.Â  Still, the climb tool me exactly 30 minutes, about the same as Sugarloaf, but Holyoke is a longer climb (the bottom of the mountain is downriver from the bottom of Sugarloaf, thus it’s a bit lower in elevation, and the summit of Holyoke is a good 250 feet higher that Sugarloaf’s).

The Summit House closer up: 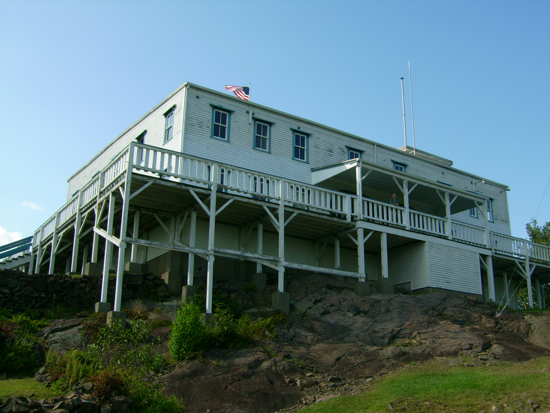 The Summit House was once a hotel, and apparently there were hotels built on a number of local peaks.Â  Eventually they all closed, presumably from waning business, though I’m not sure why people wouldn’t want to stay in such a place.

Here I am at the summit itself: 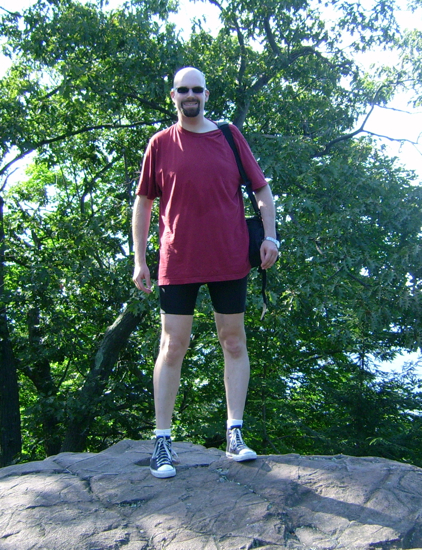 I’ve been at the top of the mountain before, but most of those times I had hiked up (on one occasion I drove up).Â  I had not seen the house open before, but it was that day.Â  I took in the views from the main deck first: 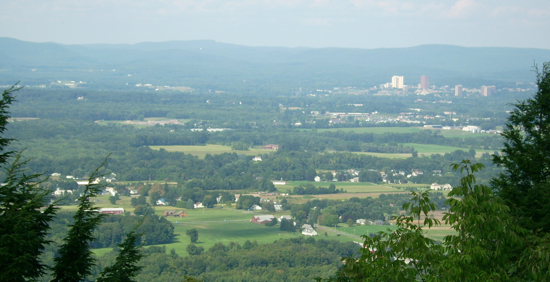 (the tall buildings to the right above are the UMass campus) 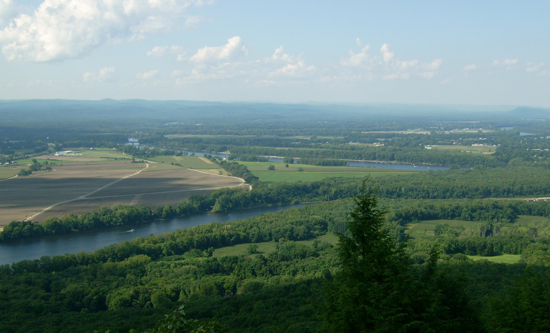 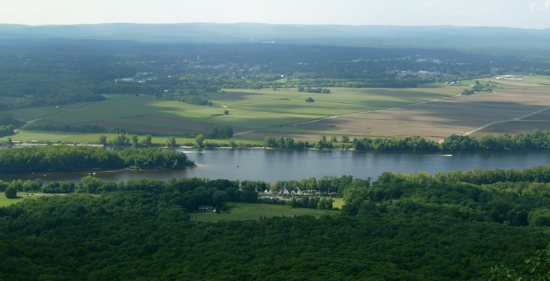 The Connecticut runs very close to the mountain.

I then went inside to see what was there.Â  Apparently, they’ve restored several rooms to the way they were when it was a hotel: 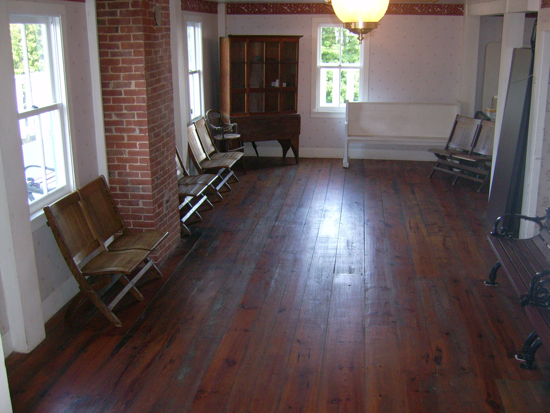 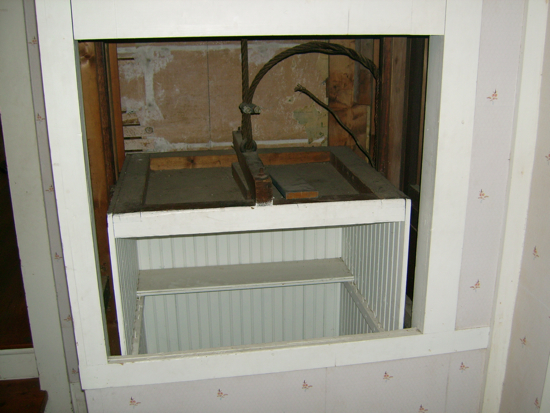 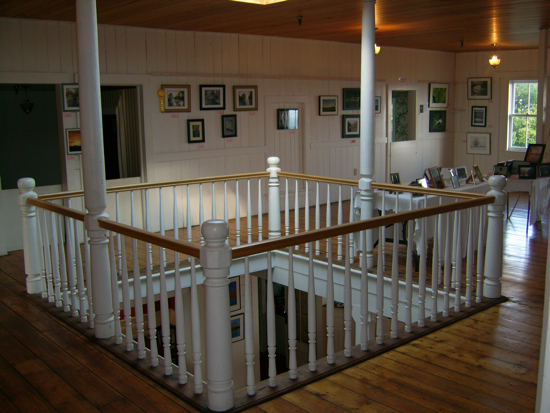 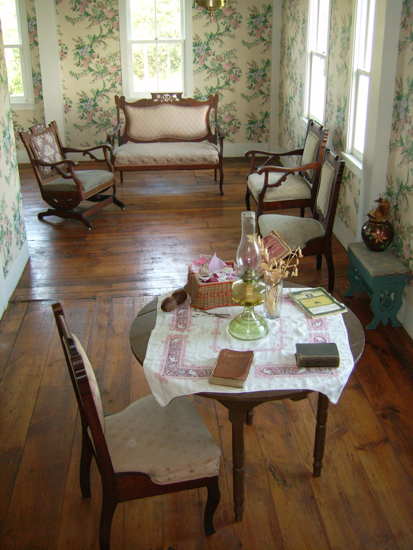 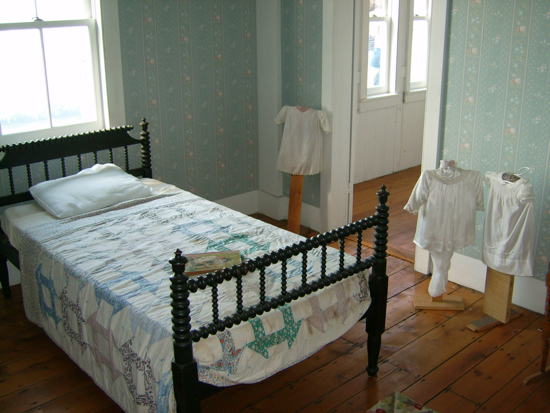 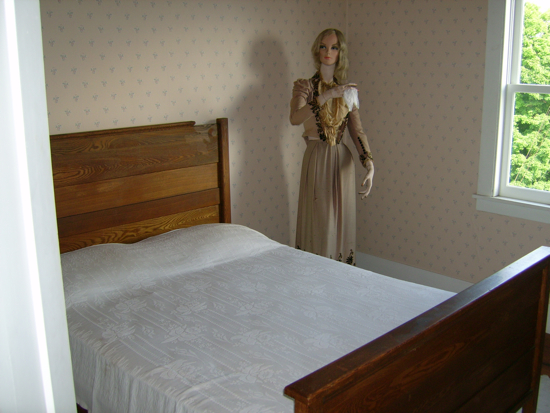 I don’t know if all of the furniture is from the periods when the hotel operated, but they do seem to have paid attention tom some important details: 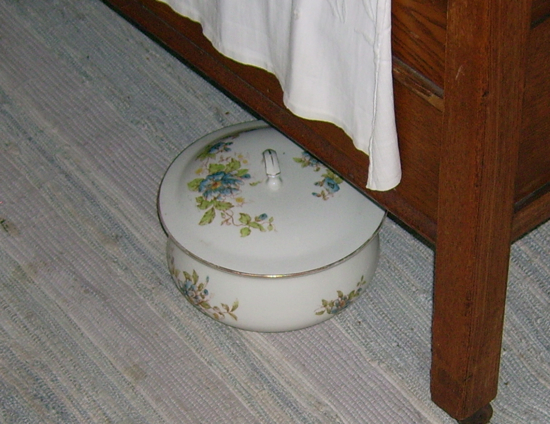 There were also some exhibits going on in the house, as part of the Town of Hadley’s 350th anniversary celebration, going on all this year.Â  A photo contest had been held earlier in the year, and all the entries were on display – people were just supposed to submit photos they’d taken of places/things in Hadley.Â  Most were recent, though there were some older photos.

There was also an exhibit of historic photos and documents, such as this newspaper-produced booklet with photos of hurricane-related flooding: 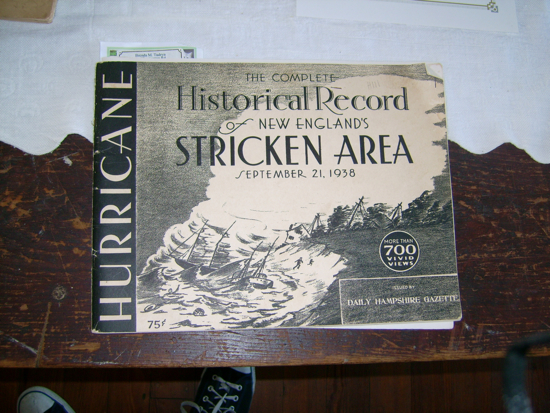 Chairs were set up for a video, which I didn’t watch: 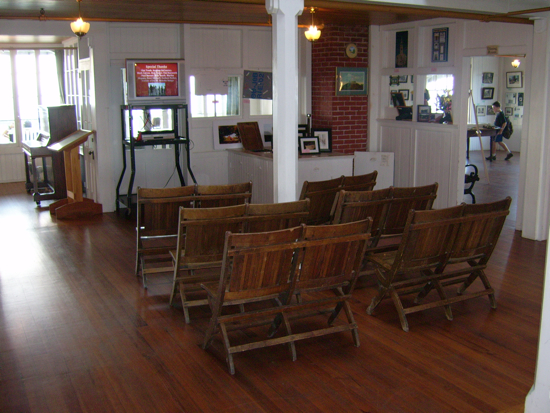 I’m not sure if that was part of the 350th stuff, or if it’s something they normally have in the place.

I discovered that the house has 2 more observation decks, above the large one.Â  You can only get to them from inside.Â  Here’s a view of the river from the second floor deck: 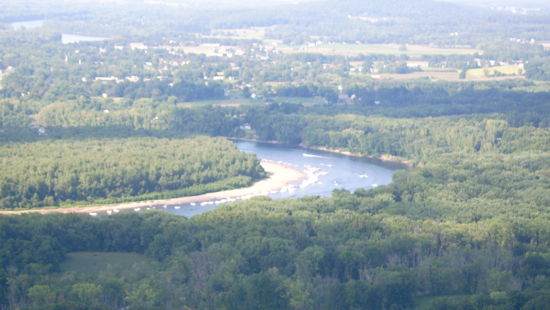 There were a lot of boats out that day.Â  Also out was an airplane that had taken off from the little Northampton airport, which is just across the river.Â  The plane was practically at eye level: 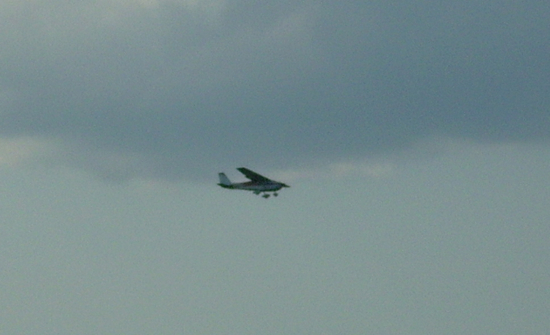 This is a picture I took from the roof deck:

Coming down the mountain road was quicker, of course, though I had to walk the bike through the hairpin turns.Â  Once I left the state park, I proceeded to go over to Northampton to visit my local comic shop (Modern Myths), and then I came back over the river and headed home.Â  The total ride was shorter than my previous ones, but the climbing definitely gave me a good workout.Â  Total distance: 22 miles

Next: A hidden tower