A few weeks ago I had reason to be in the Boston area, and one of the places I went was the DeCordova Museum, which is located in Lincoln, MA (a town that happens to be the birthplace of John and John of TMBG).  I was there before the museum opened, which was fine, as I was interested in seeing the sculpture garden.

One of the first pieces of statuary I came upon was this set of 5 tigers: 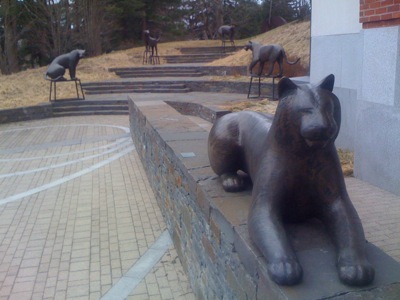 Here are closeups of a couple of them: 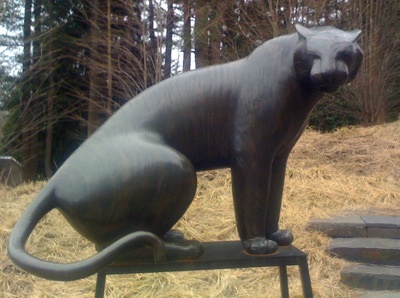 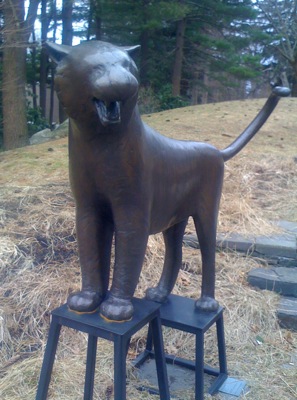 A bit further along, I came upon a pair of pants and a skirt (inspired by a Dada piece): 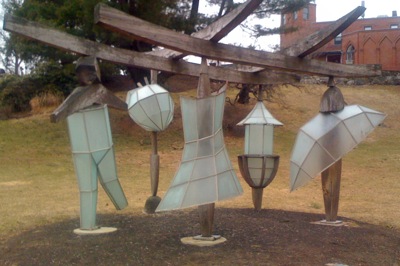 Near that was a Tower by Sol LeWitt: 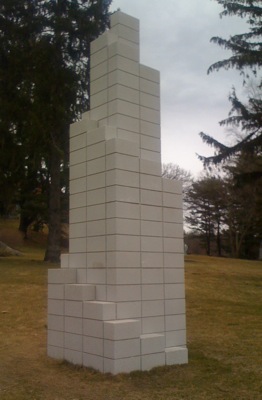 The steps spiral all the way around, so it was tempting to climb up it.  However, for almost all the sculptures, the plaques say “Please do not climb on the sculpture.”   This one was no exception.

This twisty, wormy one had a name that didn’t have to do with worms, or tubes, or any such thing.  It’s called “Reflex”. 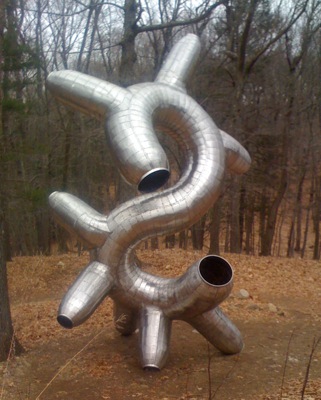 At a few points, there were installations almost hidden by trees.  This is one, and it was also among my favorite pieces – it’s called “Pine Sharks”: 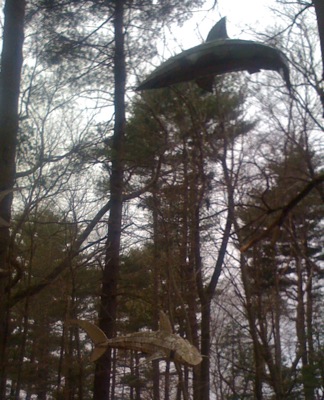 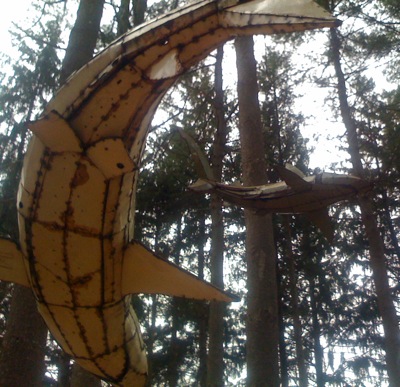 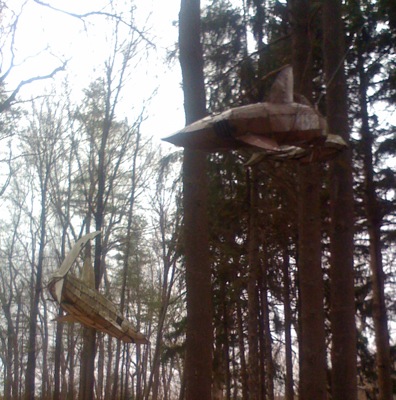 Yes, it’s three shark sculptures suspended from trees, as though they’re circling in the air.  No, they don’t move, except for swaying a bit in the breeze.

Moving on, I came across this very teal “Hand”: 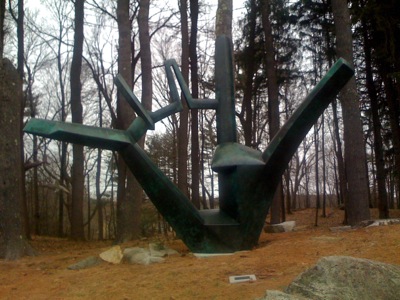 And another cool one made entirely of pine (and other tree) cones and wire (simply called “Cones”): 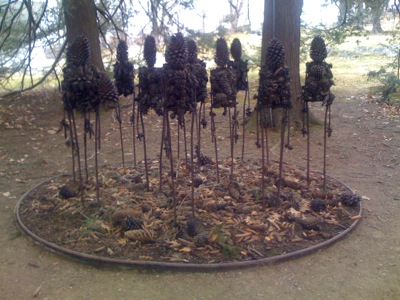 There is at least one motorized piece there.  “The Merry-Go-Round of Hidden Agendas” has a windmill at the top, which powers a set of figures who have word balloons and pass through several ‘houses’. 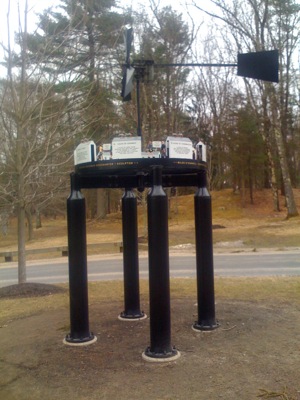 Here’s a closeup of the moving part: 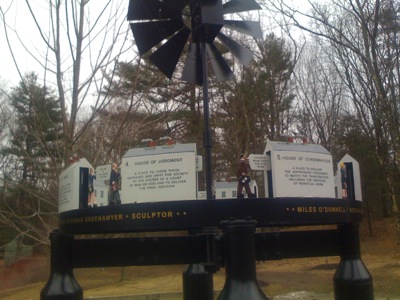 Those are the works that I found most interesting, though there are several others that are neat and fun.  You can actually see pictures of many of them on the museum’s web site, like these, which I failed to take my own pictures of.