After my failed attempt to ride to Shelburne Falls, I planned another training ride the following weekend.  This time, I went for a bit more modest distance, because I went biking the evening before, and was a bit tired from that.

The evening ride was on Saturday, July 9, and involved riding from Hadley north to Sunderland, MA and back.  It was a quick 22 miles.

The following morning, I set out for points east and south.  I first rode east through Amherst and Belchertown to the town of Ware (“Where?”  “That’s right.”).  On the way, I passed near the southern part of the Quabbin Reservoir reservation, and rode right by a marshy area along state route 9.  Saw a heron there (at a distance): 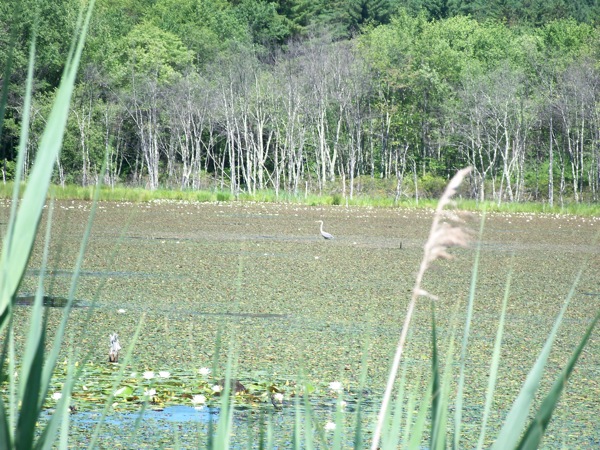 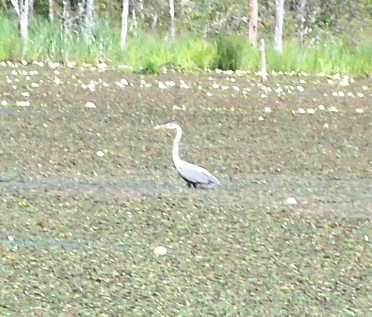 The road gets a little hilly as one gets closer to downtown Ware, and so I was feeling a little bit worn already when I got there.  Here’s what the main street looks like: 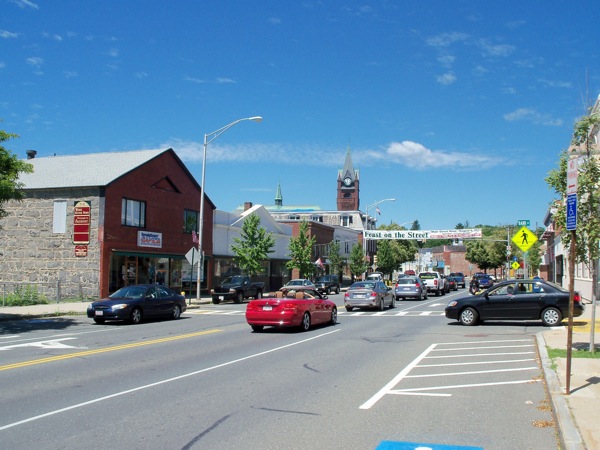 In the distance is the spire of the Town Hall: 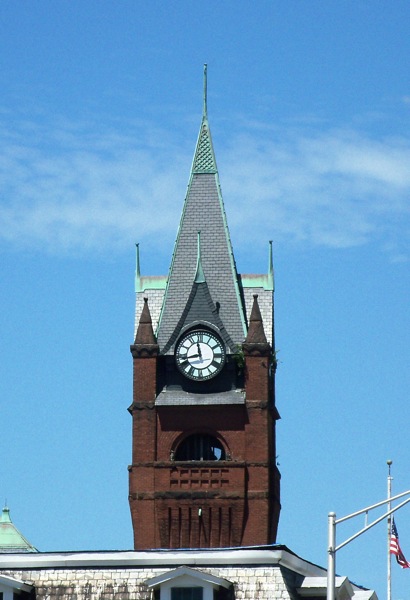 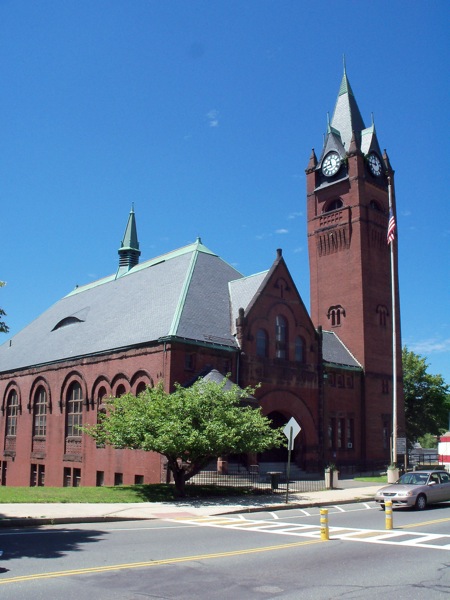 I’m always fascinated by how many town and city halls in New England seem to look like churches.  Coincidence?

I left Ware heading south on route 32 toward Palmer, MA.  This was a slightly hilly, and not always very interesting-looking ride, but I did find one nice view: 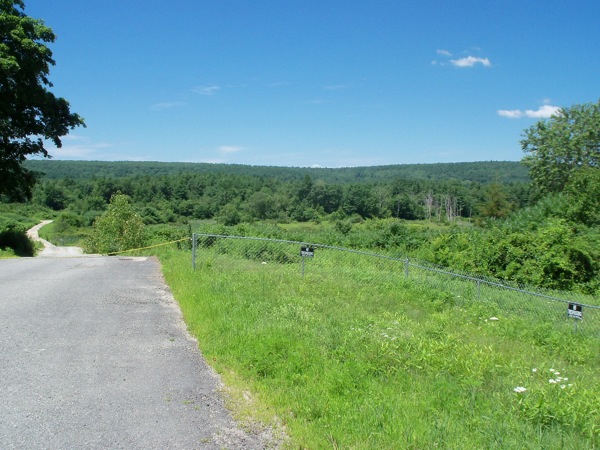 I could tell that the ride the evening before was still having an effect on me, as even minor hills were slowing me down a fair deal.

Before too long, though, I got to Palmer, passed south of the Mass Pike, and started heading back west on US 20.  As I rode out of Palmer’s downtown, I passed this abandoned fast food place: 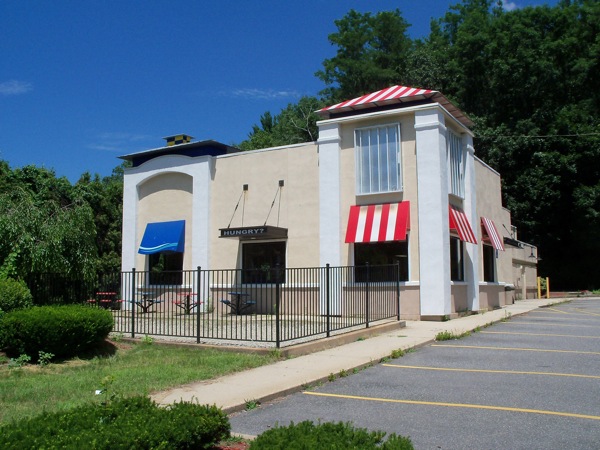 There were no signs indicating what it was, though the patterns on the awnings might give some clue.  The only text seemed to be a “Welcome” sign over the side door, and this: 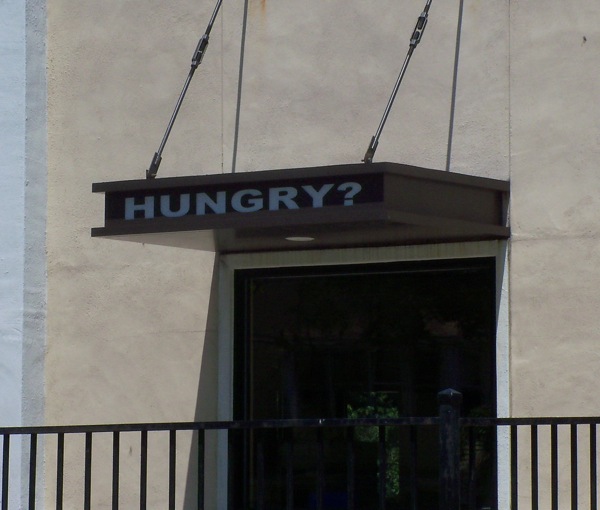 At that moment, I wasn’t hungry yet, having had a sizable breakfast.  But it was nice to be asked, I suppose.

I passed briefly through the town of Monson after that, and then into Wilbraham.  In the latter, the road started run along the Chicopee River: 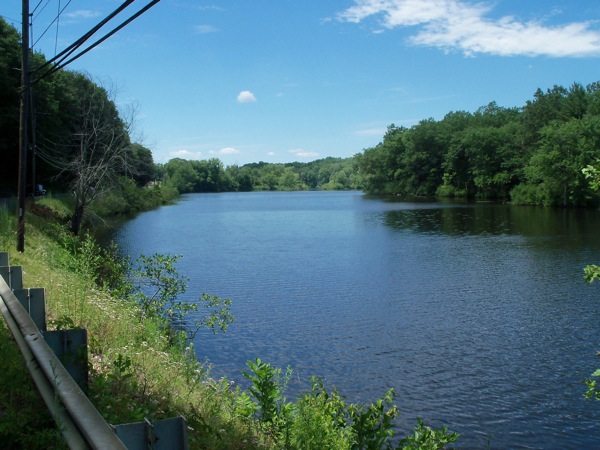 That’s the view west (downriver), and here’s back east: 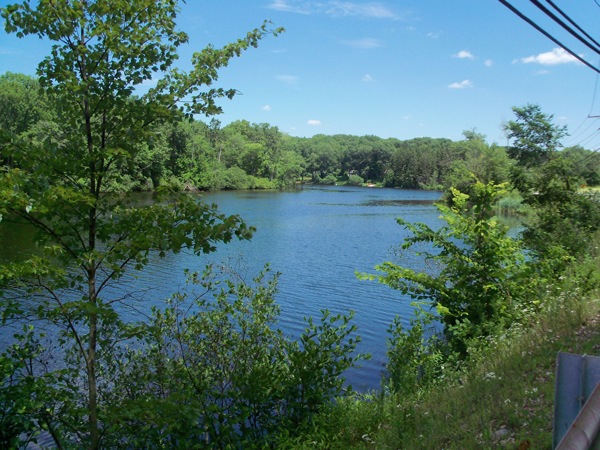 Soon after this, I turned onto a side road that took me across the river into Ludlow.  There’s a dam just before that bridge: 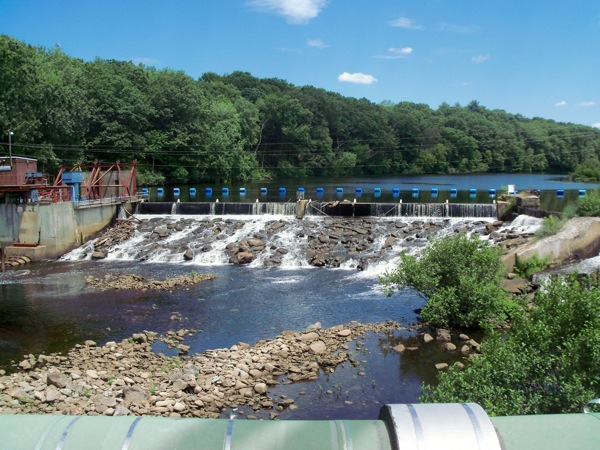 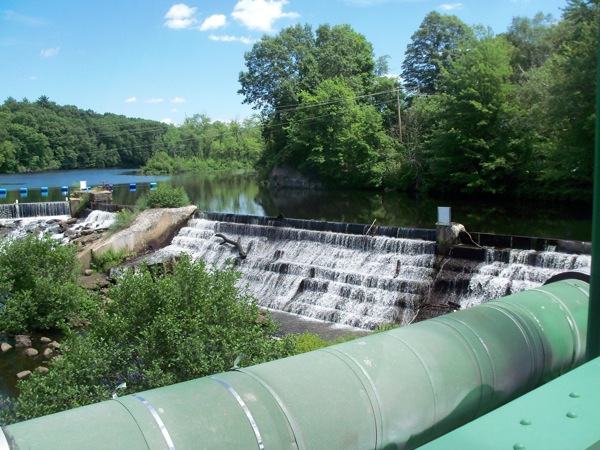 I didn’t take any more pictures after that, as I didn’t see anything I really wanted to photograph.  I rode through Ludlow, with a short break to eat some fruit I’d brought along, skirting the Pike on a parallel surface road.

This road took me into the city of Chicopee, where I ran into route 33, a heavily developed road.  I headed north on 33 toward home, and though it isn’t a particularly pretty ride, it was direct and pretty flat.  My legs were not liking inclines much at that point.  I stopped at a convenience store to get some kind of drink with electrolytes, and fortunately I wasn’t feeling picky, because they had hardly anything on their shelves or in the coolers.  I wasn’t sure if the place was closing, or getting ready to remodel, or what (and I neglected to ask).

Somewhat refreshed, I continued up into South Hadley, where I rode on route 116 for a while, and then picked up route 47, which took me back to Hadley.  47 has a few short but steep hills, and it took me a good bit more time to climb them than I was used to (this is the route I use when I ride my bike to work).  I did make it home, though, having spent about 6 hours total on the ride.  Miles ridden: 58.  Still an improvement over my previous rides of the year, and a total of 80 miles for the weekend.