Readers will recall that, last year, to celebrate my 40th birthday, I biked to Boston and back.  On the way out there, as well as on the way back, I rode on a small section of what will eventually be the Massachusetts Central Rail Trail, running the length of the state.  The section I was on runs from Holden to West Boylston, just north of the city of Worcester.  What I wasn’t aware of at the time, but realized earlier this year, is that there is another, longer section of trail that I had passed somewhat close to.  That section runs through the towns of Barre and Rutland (further to the west than the West Boylston section).  I decided earlier this month to ride out there and ride this section of trail.

I began the same way as my Boston trip had, heading east through Amherst and Belchertown, then into downtown Ware. I took a slight detour on the way, going through the southern end of the Quabbin Reservoir reservation, riding across Winsor Dam: 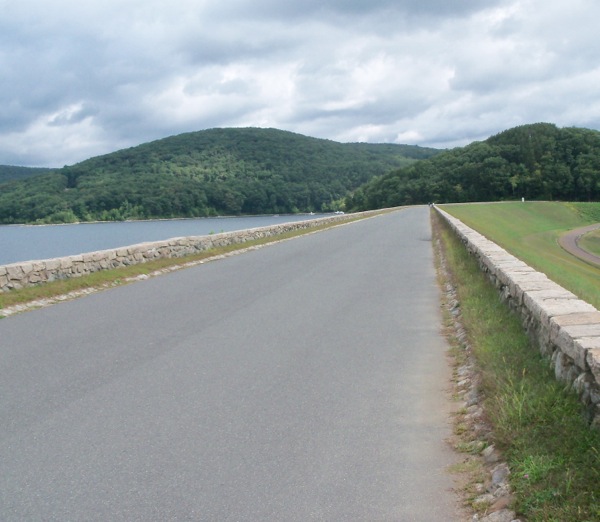 Here’s the view north of the water: 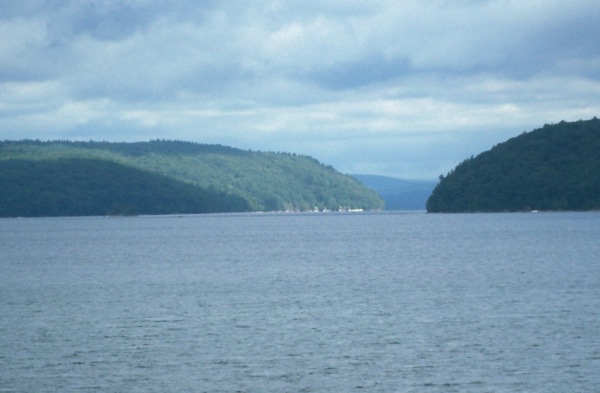 And looking south I could see rather a large number of geese below the dam:

Back on the main road (route 9), I passed a swampy area, and as often happens there, I saw a heron: 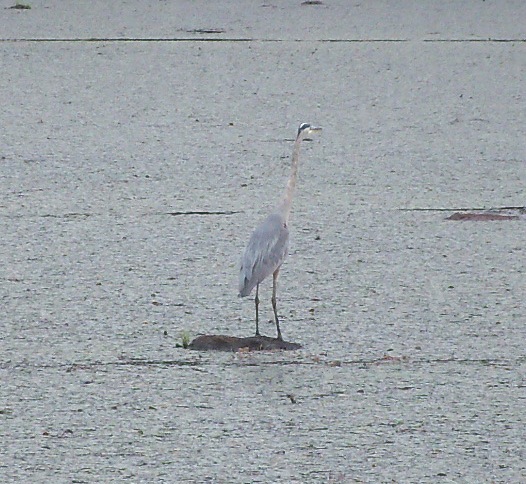 Once in Ware, I then headed north into Gilbertville, and went farther north than I had last year, in order to head east on a more direct route to the bike path.

The route I took was not very hilly for a while, but eventually did require a bunch of climbing of me, and then went downhill for a long stretch right to the beginning of the trail in Barre.

What I had not realized was that this section of trail (about 5 or 6 miles total) was not paved.  It’s mainly finely crushed stone/gravel, with a few sections that are almost dirt trail.  Here’s what the surface mostly looks like: 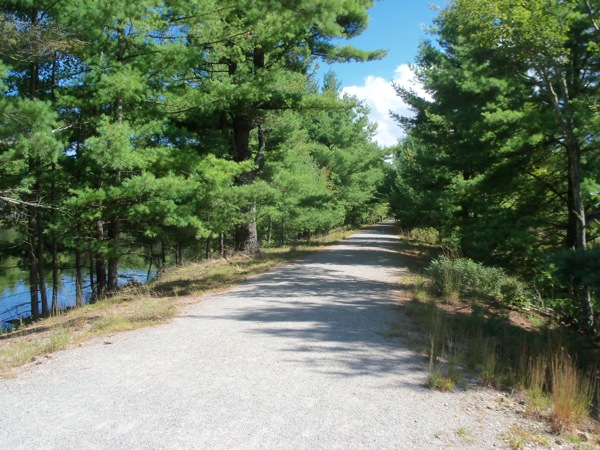 It is a very pretty area that the trail passes through.  Here are some of the water areas: 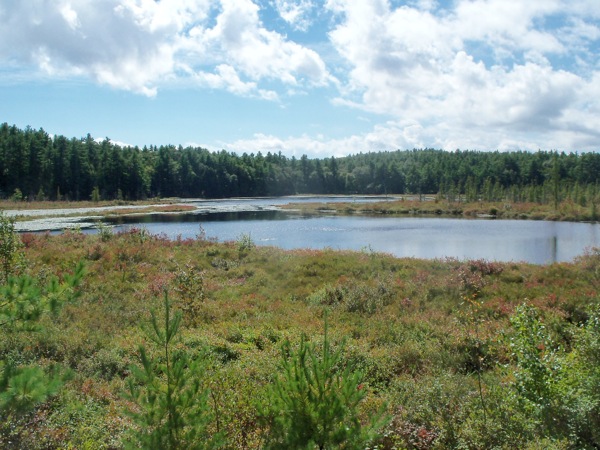 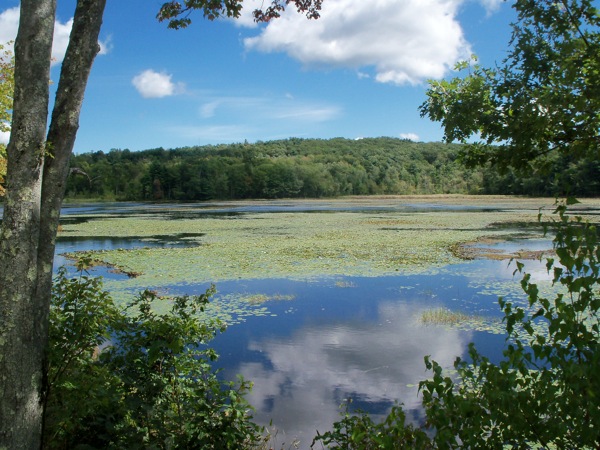 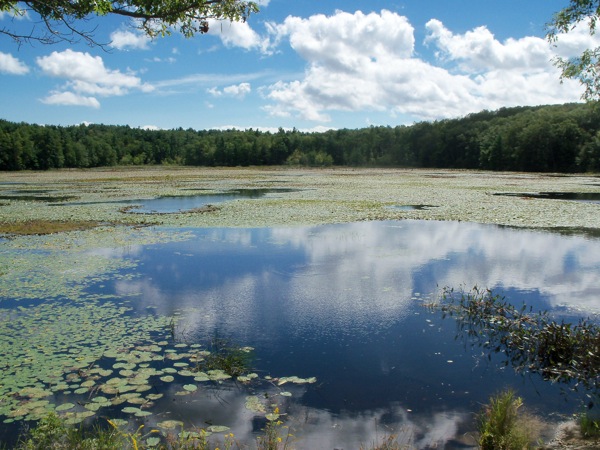 The trail even does a bit of climbing and falling.  There are a couple of tunnels under roads: 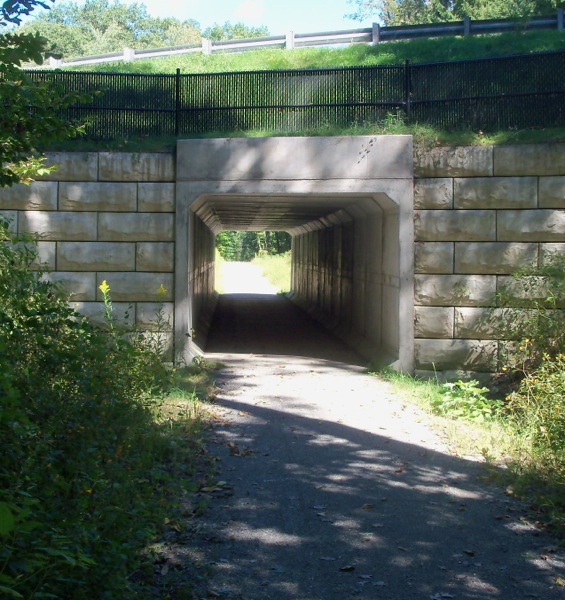 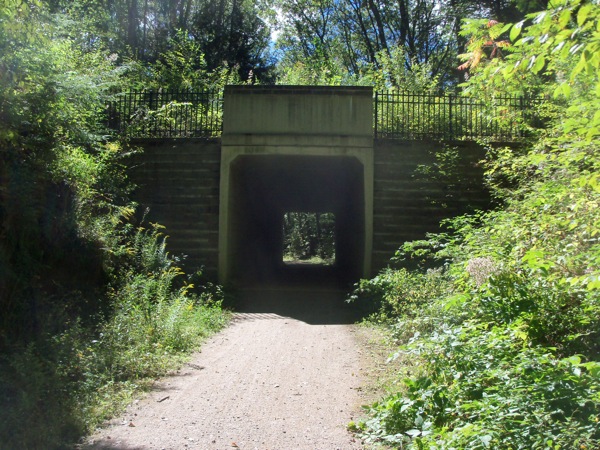 and a bit that heads between 2 rock walls: 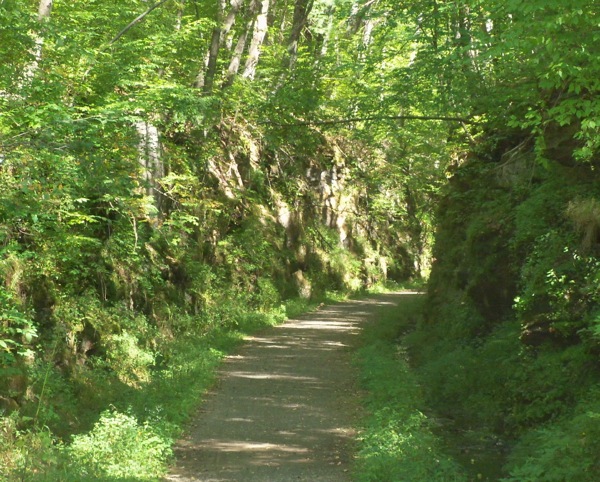 I took longish rest when I got to the end in Rutland.  At this end (and only this end) of the section is a MCRT sign: 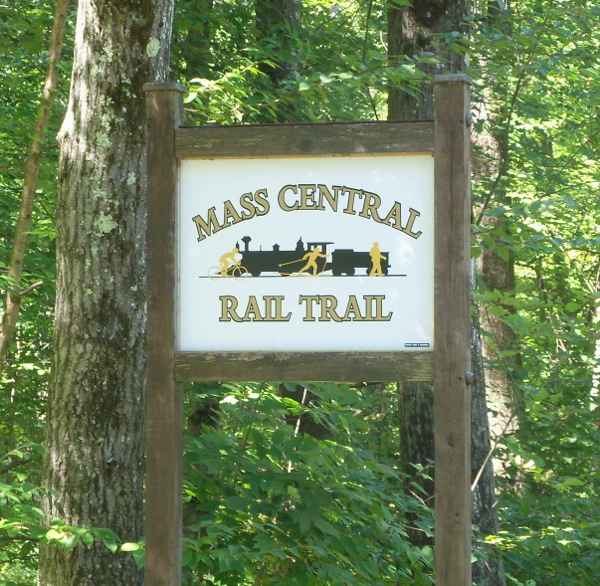 Here’s the path seen from that end, just before I started back: 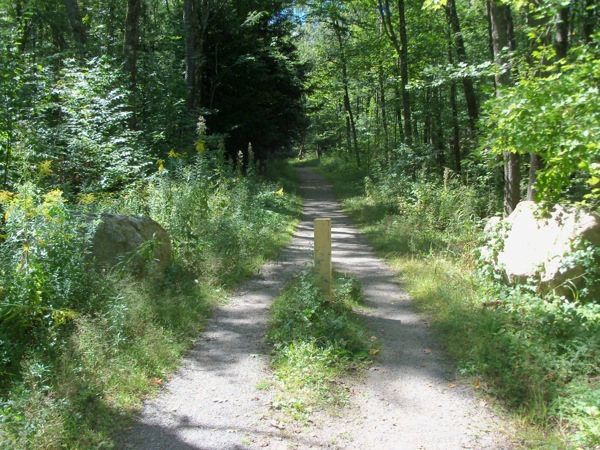 Riding back was a bit quicker to get to the western end of the path, and I then went just north and picked up highway 122 so that I could have a more hill-free ride home.  I did make fairly good time getting back, completing the whole trip (85 miles) in less than 8 hours.