Blog : A Feast for Your Eyes

A Feast for Your Eyes

As I promised last night, here are pictures of our Thanksgiving meal, some in-progress shots, and some of the finished dishes.

We first worked on the pies.  I don’t like making pie crust, but my partner is good at it and likes it.  The situation is the opposite with the filling, so while she was cutting butter and rolling dough, I was peeling, coring, and slicing apples.  We put together 2 pies , and here they are before they went in the oven: 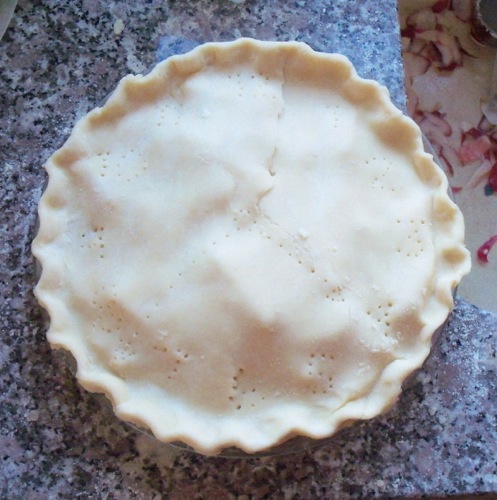 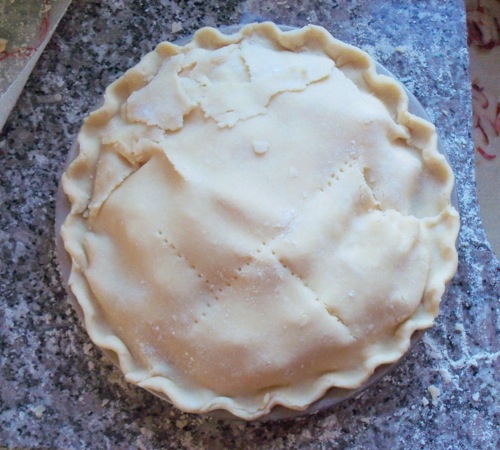 The pattern on the first one may look familiar to you.

There is generally extra dough leftover after pies are assembled, so we put it in small pieces on cookie sheets, and sprinkle them with cinnamon and sugar: 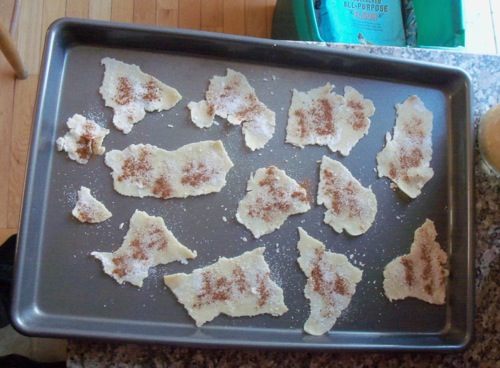 We had enough of those to fill 3 sheets (not to the wind).

Here are the finished pies (in late afternoon sun): 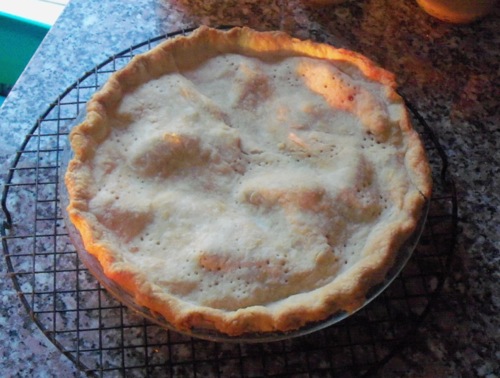 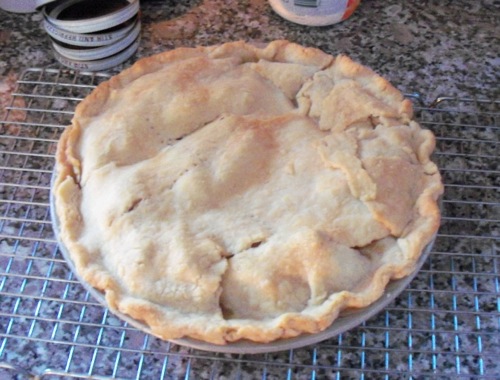 After the pies were done, I went out while there was still daylight and picked kale and chives in the garden (yes, both are still alive): 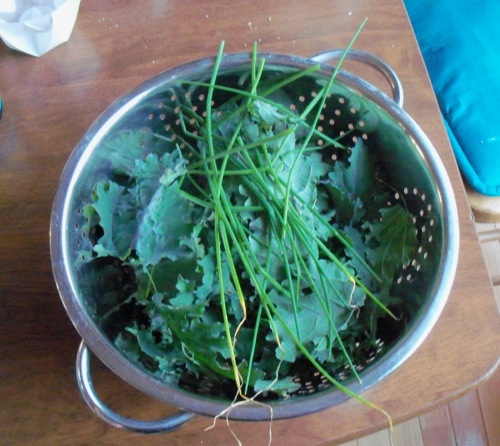 I spent about 2 hours on the cooking of dinner, and I made all the following dishes, except for the popovers.

Sweet potatoes that have been steamed, before mixing in the dressing: 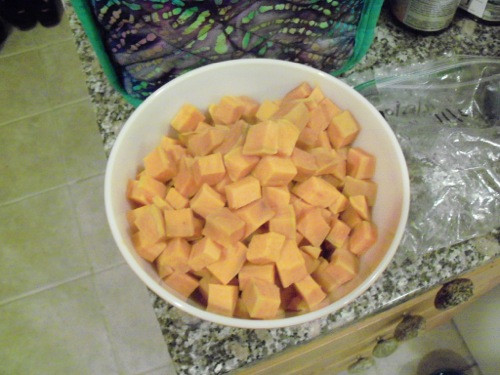 After dressing (they got a little mashed from then stirring): 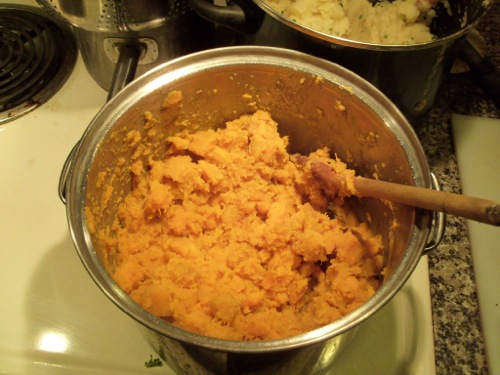 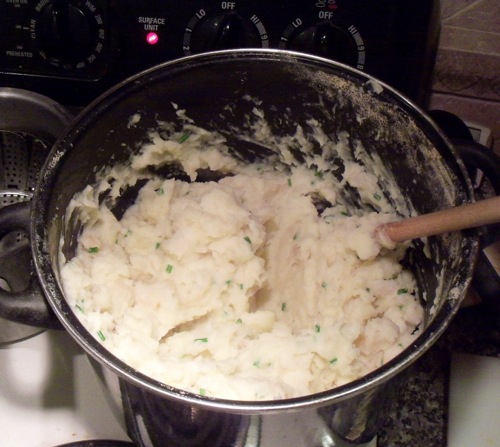 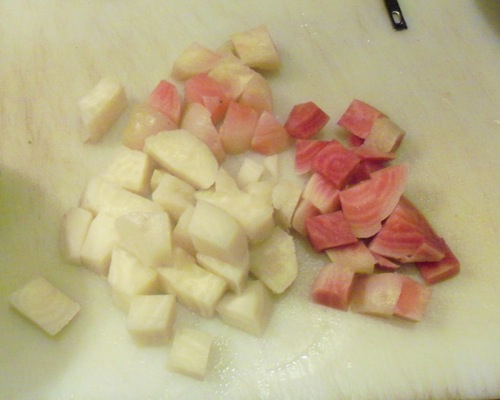 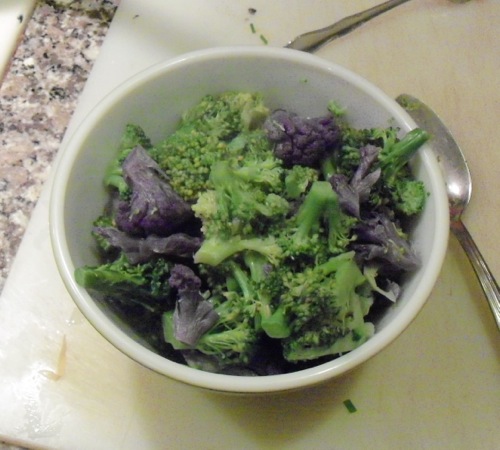 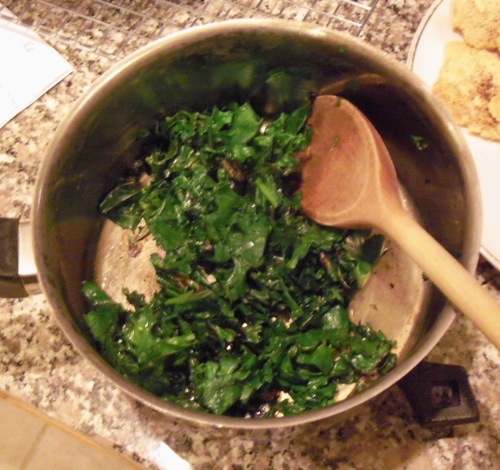 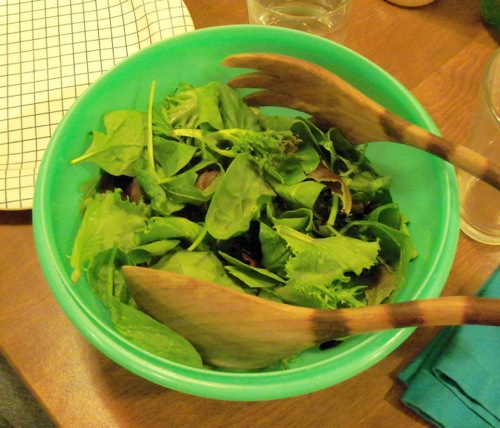 The sauerkraut (which was merely taken out of the fridge – we made it weeks ago): 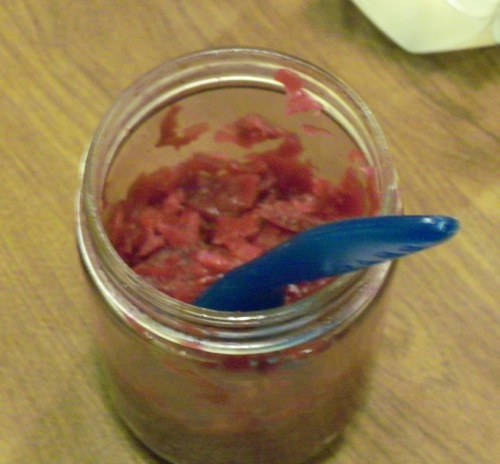 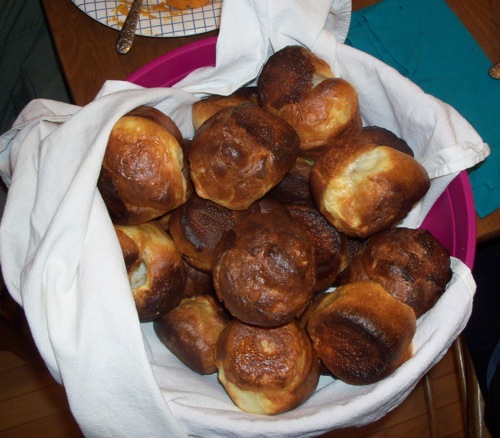 We finished dinner a little while ago, and are waiting to have room for pie.  The aftermath of all this food includes, of course, a lot of dirty dishes to do: 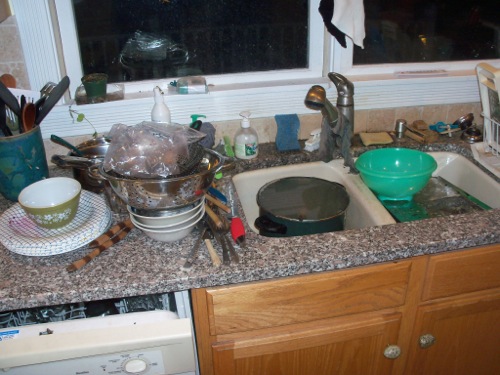 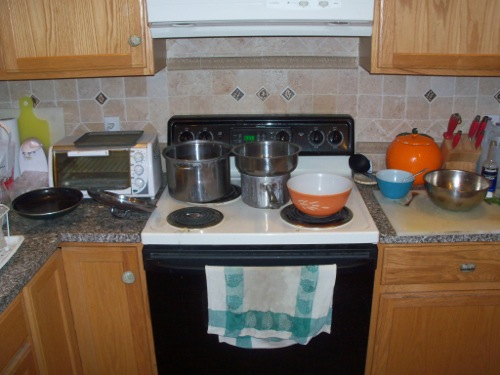 We do have a dishwasher, but I expect it will still take a day or so to get caught up on those.  We also have plenty of leftover food, so we’ll have nice big dinners for a few nights, yet.