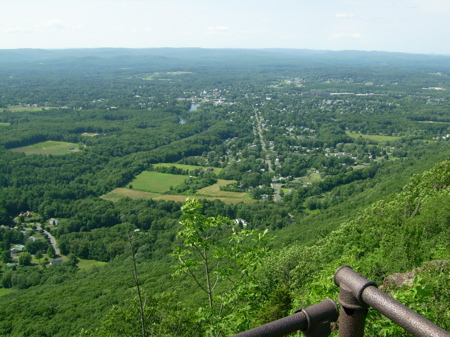 In mid-July I went on a solo hike through the Mount Tom Reservation, which I had done with a friend in 2007.Â  Since I was doing a one-way hike by myself, I had to park the car at one end of the trail and ride my bike back to the starting point.Â  Unfortunately, this involves riding up a steep hill on Mass. route 141, just before getting to the trail head.Â  It was quite a warm day, and I had to rest a few times on the way up the hill.Â  I also used up 20 to 25% of my water supply, and had to rest up a bit before starting to hike.

The trail does start out easy, and is almost completely level for the first 10-15 minutes.Â  Then it ascends and ascends and ascends.Â  I took the above picture at the summit, but didn’t need to take many, as I have plenty of the same view from last year.

Further along, when I was near the second summit (Whiting Peak), I noticed something that I’d missed the previous time: wild blueberries were growing among the rocky slopes. 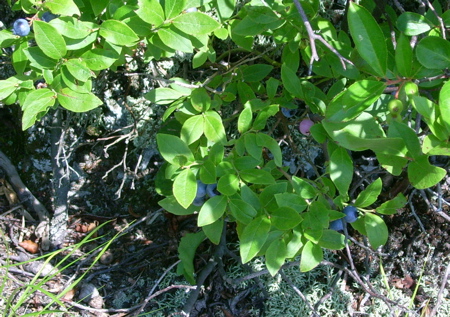 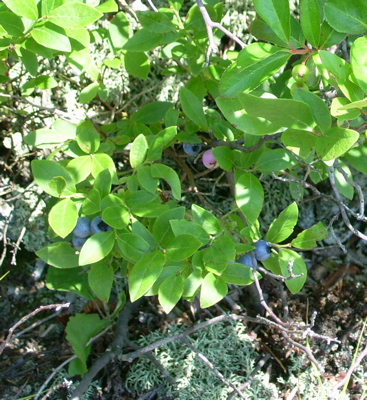 I ate several handfuls of them as I worked my way along the cliffs.

The total hike along through the reservation is about 6 miles, but about 60% of the way through one descends to a park road and picnic area, and there is a drinking fountain where one can refill on water, which I did.Â  In the remaining part of the hike, I crossed Goat Peak and Mount Nonotuck, each of which had features that we’d not taken the time to see last year.

First, on Goat Peak, just off the path a little ways, there is a lookout tower: 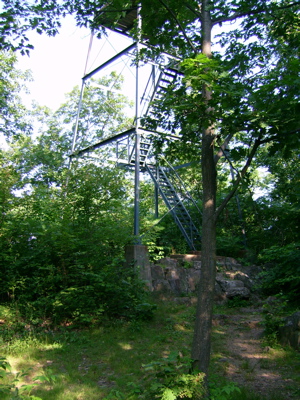 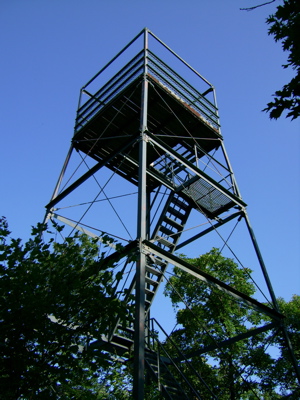 I went up and took a look.Â  What’s great about this tower is that you have a 360-degree view.Â  All the vantage points on the trail just look to one side of the mountain range (Northwest).Â  Here are pix from the top of the tower, looking in various directions: 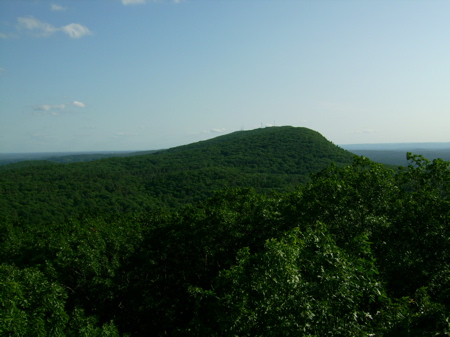 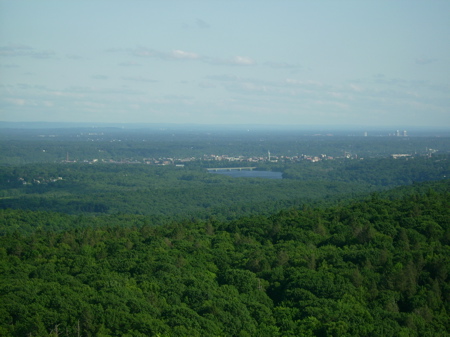 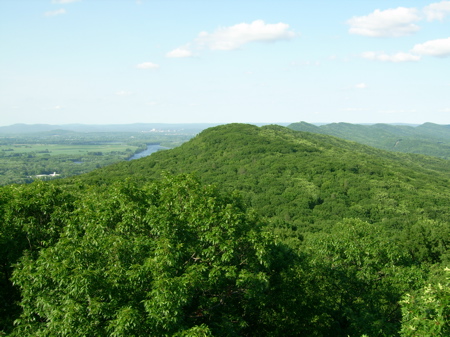 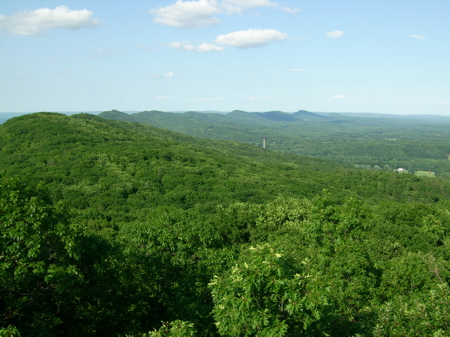 The path passes near, but not directly over, the summit of Nonotuck.Â  It does cross an old road, though, that you can follow up to the summit.Â  At the summit are the ruins of an old hotel, The Eyrie House, which burned down about a century ago.Â  Here I’m looking up at the ruins from below: 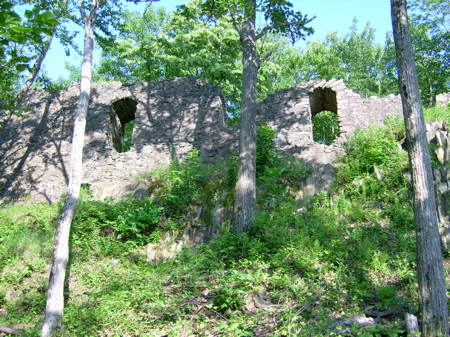 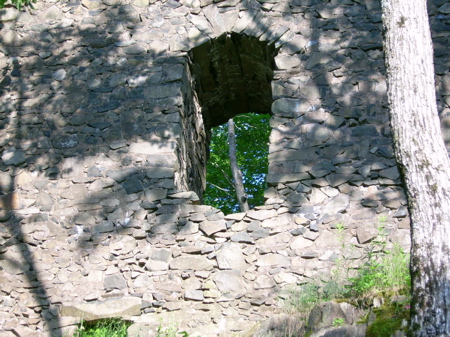 and here I explore a little bit: 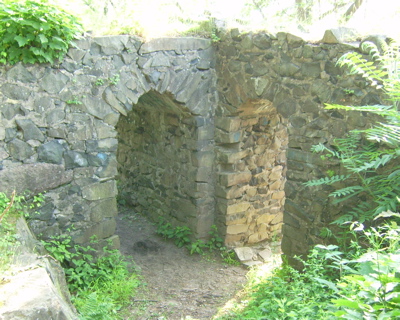 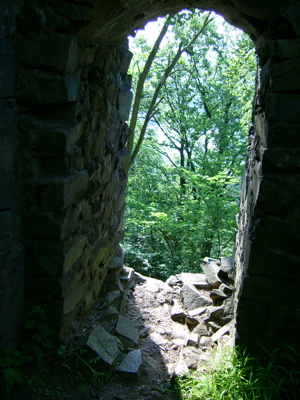 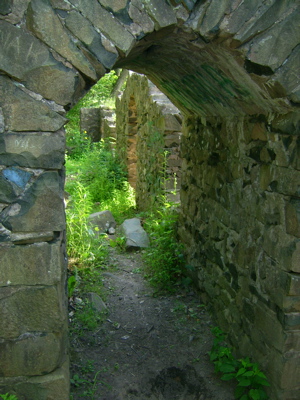 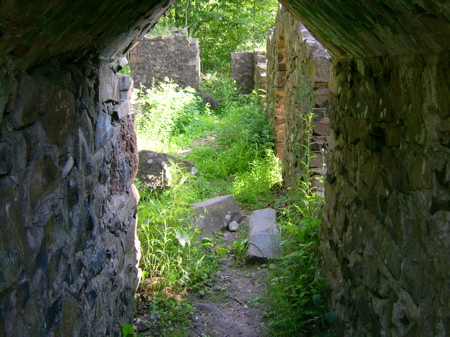 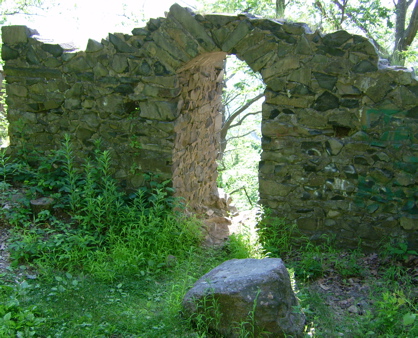 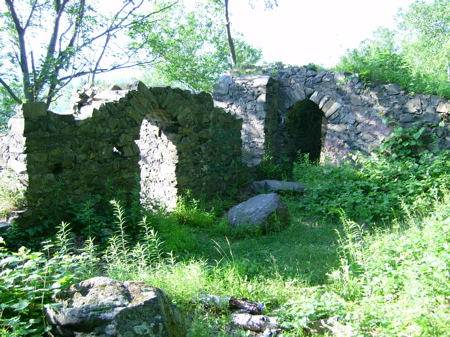 Those are all the pictures from that hike, and nothing too eventful happened on my way down to the car.