I spotted this on a bulletin board while at NEWW: 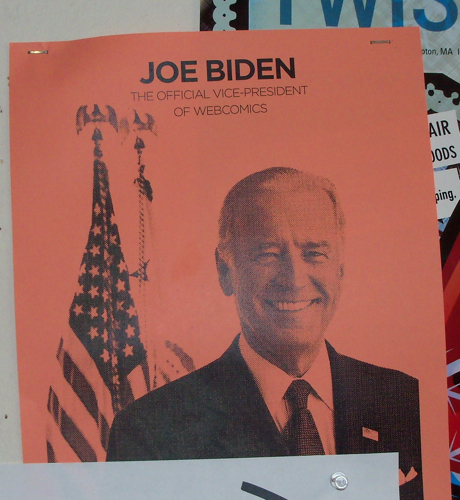 I guess that means that webcomics are a Big Fucking Deal!

I went to one panel on the first day of the con.  It was about world-building.  Here’s a pic of the panelists: 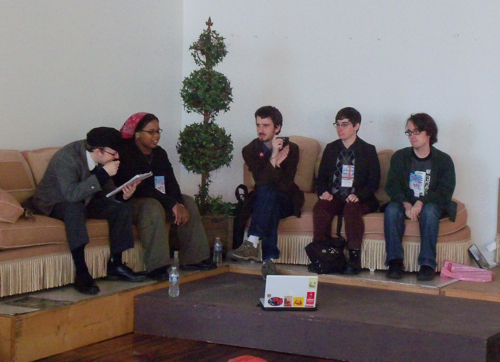 From left to right: Aaron Diaz; Spike; Evan Dahm; Liz Baillie; and Ben Riley.  (Note that I only read one of those 5 comics, but I may check out the others)  Evan was the moderator, and he’s posted an mp3 of the panel on his site.

In the late afternoon I did my volunteer stint.  I ended up watching over the green room, which was basically for the artists at the con to go to when they needed a snack or some peace and quiet.  It wasn’t much work, and I spent much of the time in there reading or chatting with other volunteers or artists who came in.  It was necessary, though, as several people had left backpacks and such in the room.

After the show officially ended for the day, there was a dinner gathering with pizza for all the artists and volunteers.  Getting to hang out there was the real advantage to volunteering.  It was mostly people sitting around in a big room and talking, but there was also black construction paper on the tables and one wall, and chalk for drawing on the paper.  Here are some bats that were done on a table corner: 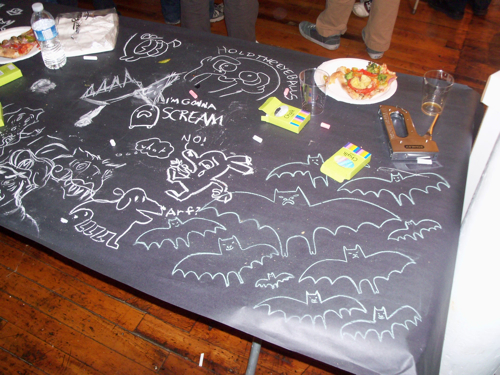 And another section of table where I drew some objects that may be familiar: 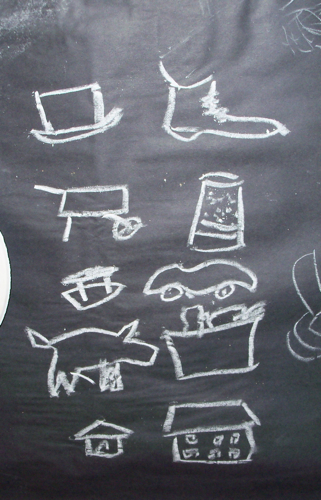 On the wall, I also doodled a couple of things.  I’m nowhere near as good as the people who draw comics regularly, but I learned years back at another convention to not let that bother me, and just to have fun with it.

A dragon took up the middle of the paper: 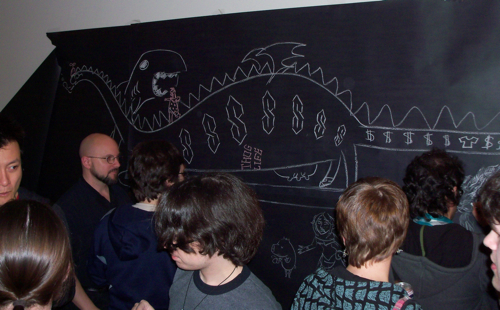 Here’s Spike drawing one of her characters: 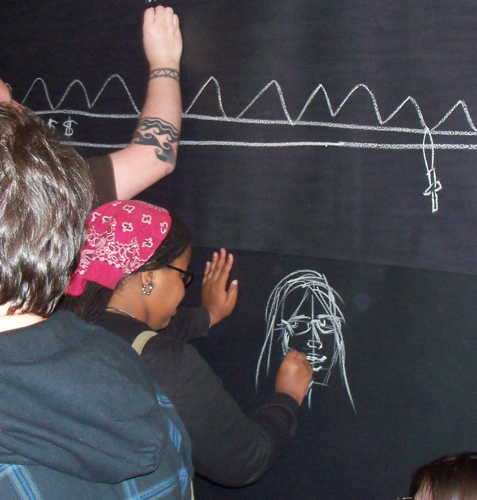 A bit later I saw her drawing an eyeball with a top hat, and asked, “Is that one of the Residents?”  She answered in the affirmative, and then someone came up next to me and asked the same question.  I think Spike was surprised that that many other people knew of the group. 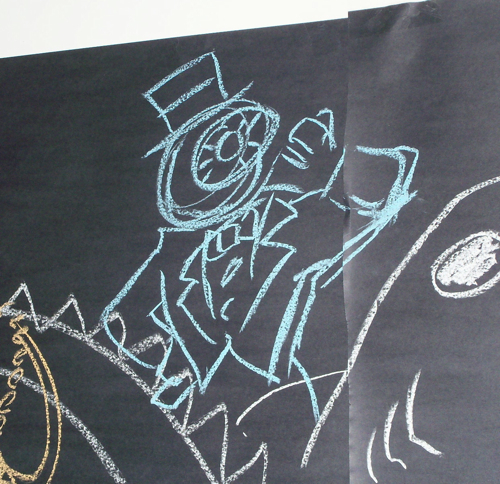 After that, someone else drew in the rest of the band: 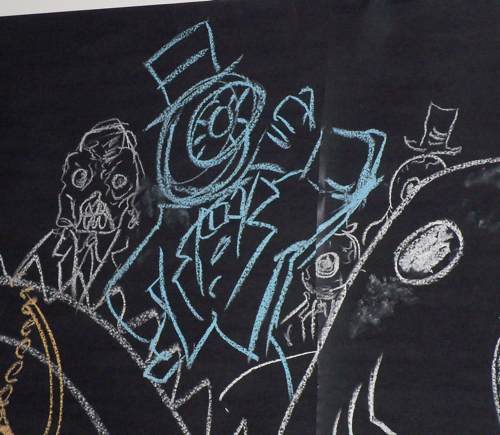 The following day I took a picture of the filled paper: 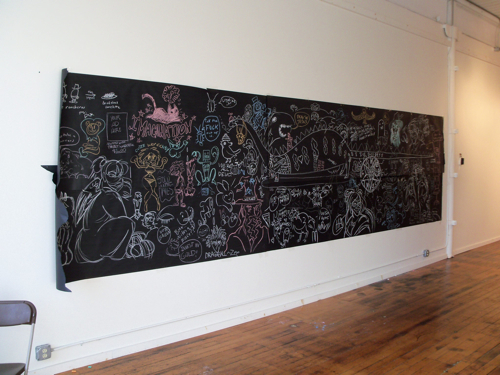 I also have some other high-res shots that show all the details.  I may post some bits at a later time.