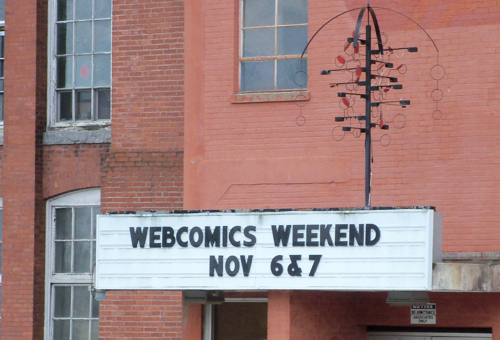 Earlier this month I had the pleasure to head across the river and attend the second New England Webcomics Weekend.  It may yet become an annual event, but this one was held a bit over a year-and-a-half after the first one.

Above is the marquee on the Eastworks building in Easthampton.  The actual building entrance where registration was being held was marked with these wooden cutout signs: 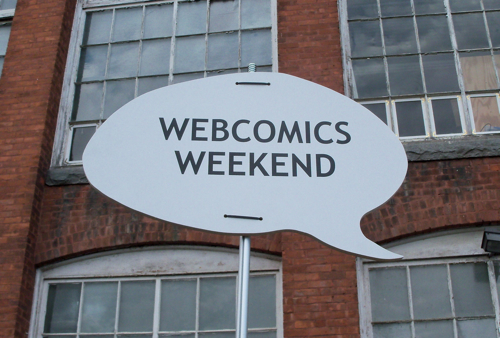 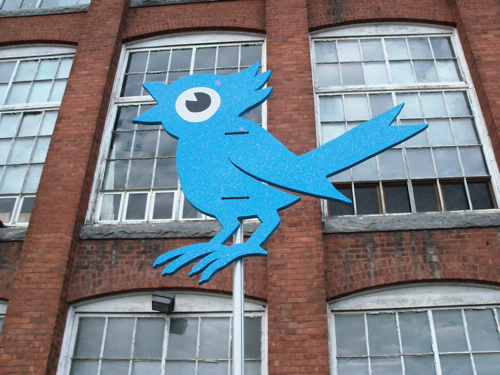 The signs were made by Chris Yates.

I had bought a VIP registration for the con, which got me a tote bag, a couple of other goodies, and better seats at panels.  However, I also ended up volunteering, which got me this t-shirt: 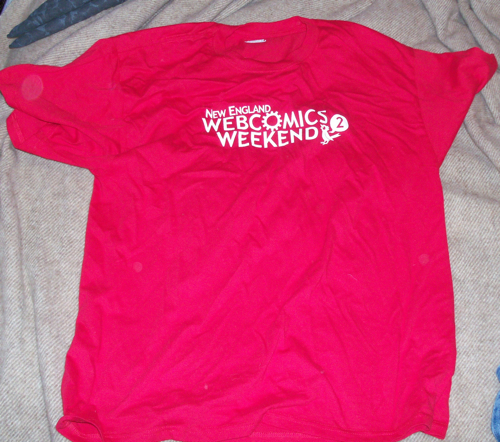 The official uniform of NEWW volunteers.  I did about 5 hours total of volunteering over the 2 days.  More on that in later posts.

Here’s my swanky VIP badge, with art by John Allison: 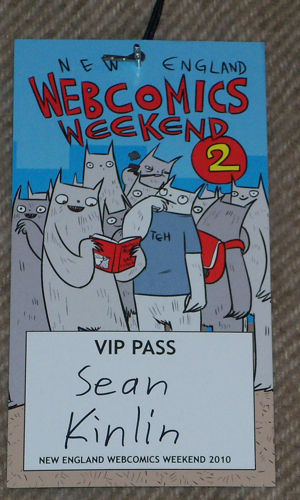 John did a strip called Scary-Go-Round for many years, and though his site still uses that name, his current strip is called Bad Machinery.  He writes dialogue that is often very funny, in a silly, dry, British way.  He was one of the cartoonists I wanted to see there (he having traveled across the Atlantic for the con), and I bought a book from him while letting him know how much I liked the badge.

Other cartoonists I wanted to see included Chris Baldwin, of Spacetrawler (and other stuff); Spike, of Templar, Arizona; Jeph Jacques; Dylan Meconis; Erika Moen; and Chris Hastings.  Convention attendees were given a sketchbook, and I got sketches from a few of them in it.

From Spike (I specified nothing about the sketch): 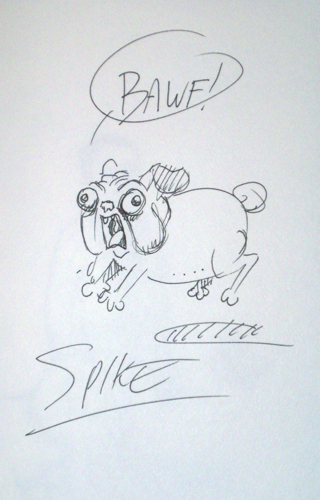 From Chris Baldwin (I asked for a sketch of these 2 characters): 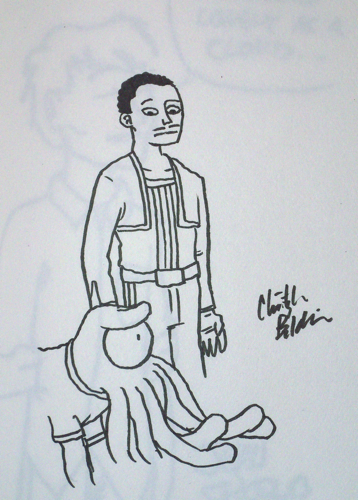 From Jeph Jacques (I asked for this character saying something poetic): 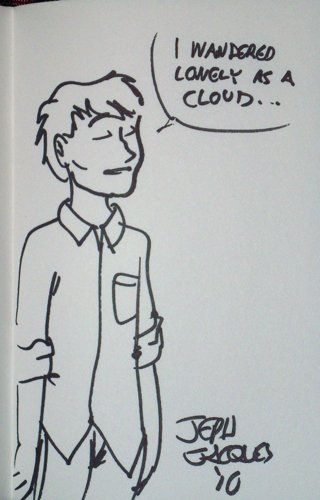