Blog : Lake in the Woods

Lake in the Woods

On Sunday of Labor Day weekend, I got another ride in, trying to avoid getting rained on.  This time I went in a general easterly direction (as well as north).  I went through towns I’ve ridden through in the past, but on some roads I hadn’t been on at all before.

The ride started by heading east into Belchertown, by way of Bay Rd.  When Bay neared its end, I cut over to US 202, and headed north up into Pelham.  Both of those roads have some hill climbing, although nothing like the big hills I did the previous day.

A little ways into Pelham, I left 202 on a road that sort of forked off on the left (called Shutesbury Rd. 2 on the map), and headed north on that into the town of Shutesbury.  It’s a nice route to bike, as it doesn’t have all the ups and downs that 202 does to the north of Pelham.  I stuck with that road until it ended at the main east-west road through Shutesbury (which is known there as Leverett Rd.).  A quick block east of that was the town center, where they have this pillar showing the direction and distance to a few other places: 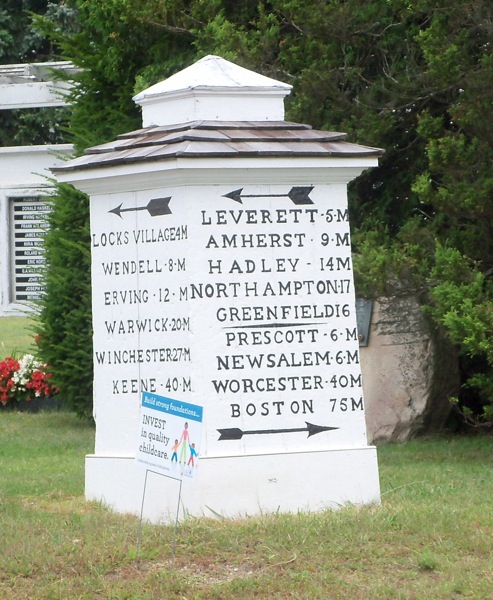 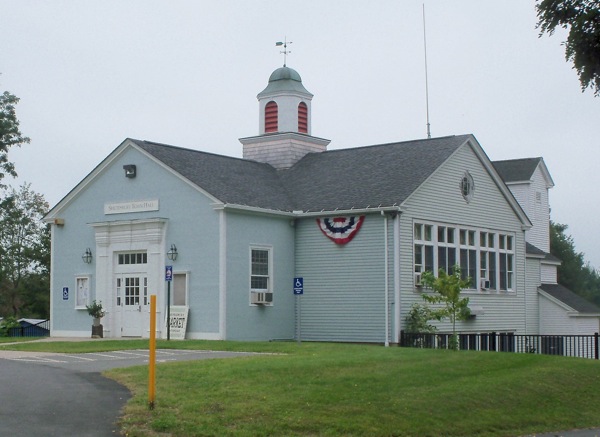 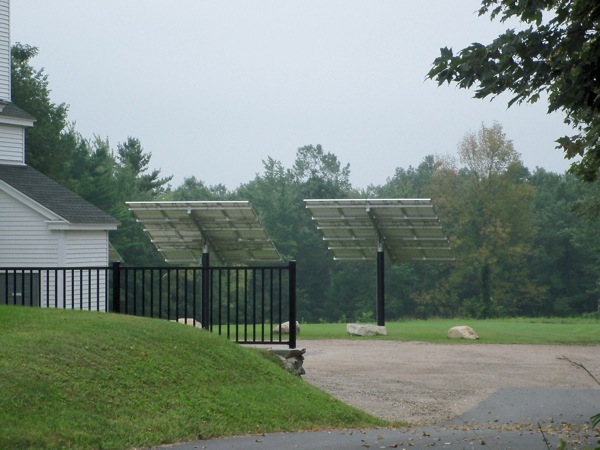 At least, I assume those are solar panels – I didn’t go back there to check it out.

I headed north from this point, on Wendell Rd. (so named because it heads toward the town of Wendell).  This road ended up taking me downhill a bunch.  I kept expecting to have to do a bunch more climbing, but it just kept going down, with minimal uphill bits.  Eventually, I spotted a place that I had heard about, and seen signs for, but not been to in person.  That is, Lake Wyola: 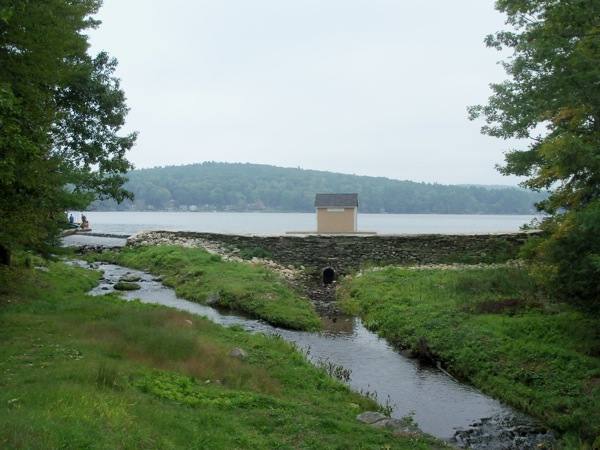 I only saw the lake from its west side, where it is rimmed by private homes (so I couldn’t get too close).  The picture above really doesn’t do justice to how pretty a spot this is, with trees all around and that hill on the other side.  I bet the houses that are right on the lake must cost a pretty penny.

If one continues around to the north side of the lake, there is a state park, so I probably could have gotten closer to the water there, but I had intended to head back west at this point, and so I did.  The road I used took me into the north part of the town of Leverett, and before too long I was at the Leverett Village Co-op, which I had visited by bike last year.

I took a rest there for a bit, had a snack, and then headed a bit further west, before turning south and passing through Leverett center.  I also passed by the Peace Pagoda, or at least, its sign and driveway.  Nothing else can be seen from the road, so I didn’t take any pictures.  I’ve heard that it is a pretty place, so maybe I’ll visit at some point (I believe it’s open to the public, though it may only be for special events).

From there I headed into north Amherst, through the UMass campus, and back home.  I was out for a bit less than 4 hours of riding, and covered 43 miles.  My total for 2 days of riding was 100 miles, though of course that’s not the same as riding 100 in one day. I’m getting there, though.