Blog : Down South, and further South

Down South, and further South

Over Memorial Day weekend I took my bike for a longer ride.  I headed for the rail trail in Southwick, MA, which I’d been on once before.

I began by riding on the usual trails through Northampton and Easthampton.  I came to what used to be the southwestern end of the Manhan trail, and prepared to ride the recently completed extension, seen here across the street: 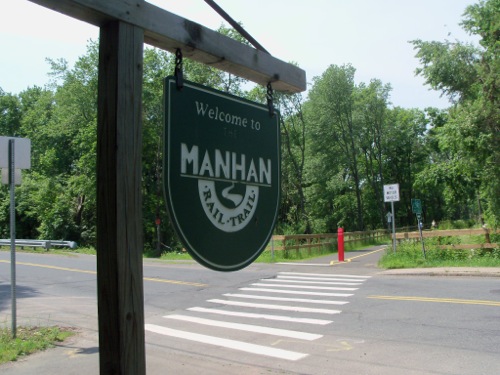 The Manhan trail now goes just over the town line into Southampton.  I rode to its new end, and then headed south on roads toward Westfield.

On the way down, I encountered an intersection with a flashing stop sign.  That is, the sign has little flashing lights at its vertices.  You can see the lights on here: 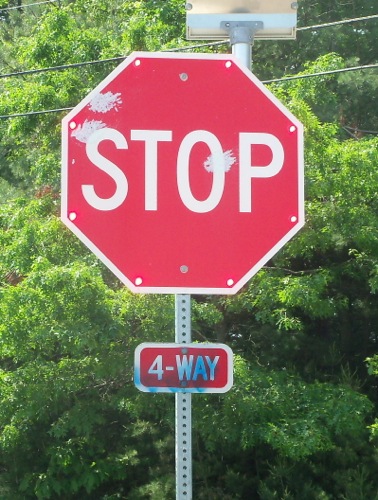 The sign was on a little traffic island, on which there were 3 abandoned shoes: 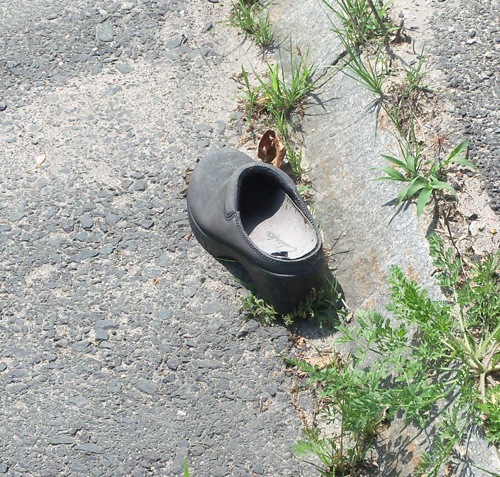 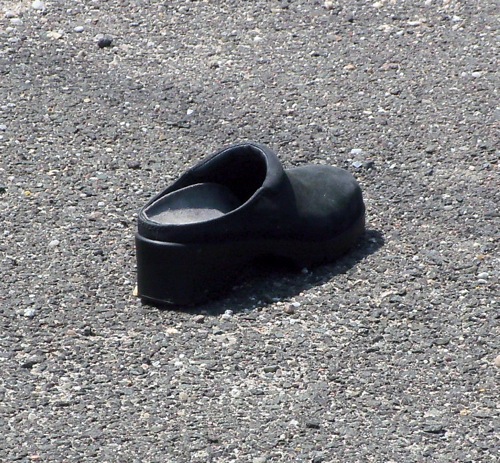 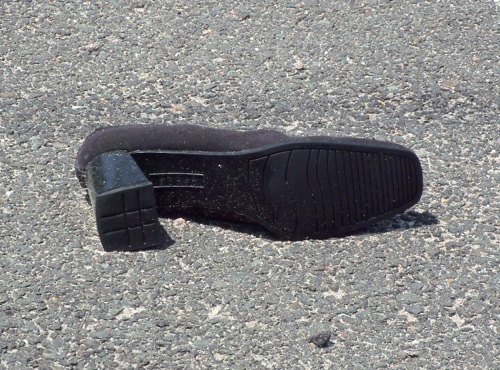 The road I was on passed through the western edge of Holyoke, then into the eastern edge of Westfield.  I went by Western Mass Hospital: 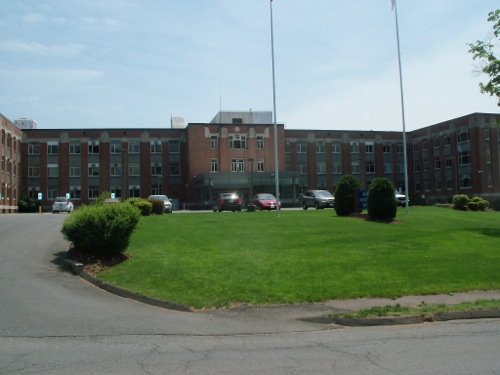 The hospital is on a hill, which is the only real hill that was on my route that day.  One heads down it when going south: 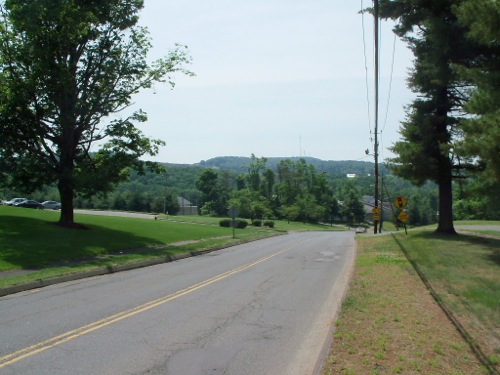 I had to ride briefly on US-20, which is a pretty busy road, but then was able to head through the rest of Westfield on quieter residential streets.  I got to the point where the trail starts in the southern part of the city, to find that work was partially complete on paving this piece of trail: 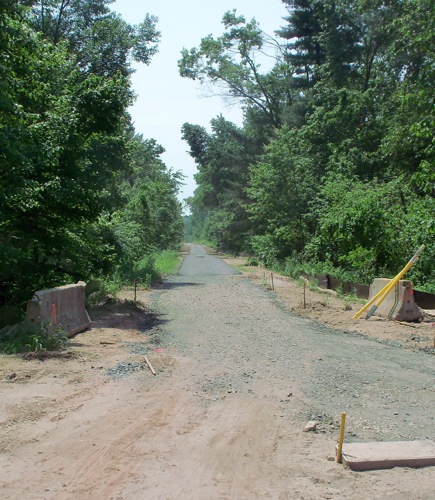 There is no road at the town line between Westfield and Southwick, so one previously had to ride on dirt from this road to the town line, where the pavement began.  Now the bit in Westfield had some of its pavement, but was clearly waiting for another layer or two: 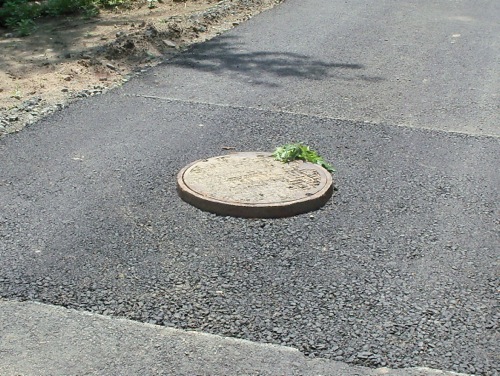 The trail will eventually extend north from here as well, through downtown Westfield, but that may be years from now.

When I’d ridden about half the Southwick trail, I stopped for lunch at this place: 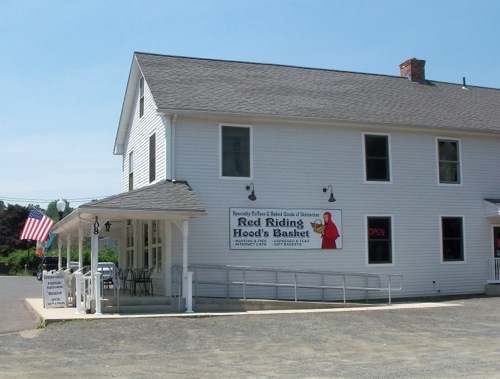 It’s conveniently located right by the trail, and has a bunch of large bike racks.  They also have nice, cold raspberry lemonade.

When I was done and about to get back on my bike, a couple of people who had just arrived on bikes saw the one I was riding and recognized the model.  They had just bought their daughter a Tricross as a graduation present, and we chatted briefly about it and my experience so far.

From there I headed to the state line and into Connecticut.  I went further into the state than I had last year, reaching the first road intersection and parking area (on Copper Hill Road in East Granby, CT): 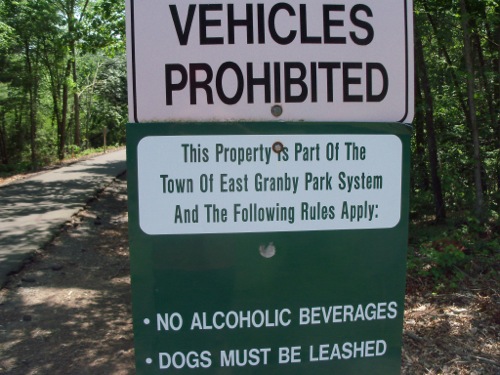 There was a nice board with some maps and info about local wildlife.  This portion showed my having passed through the Great Marsh just before reaching this road: 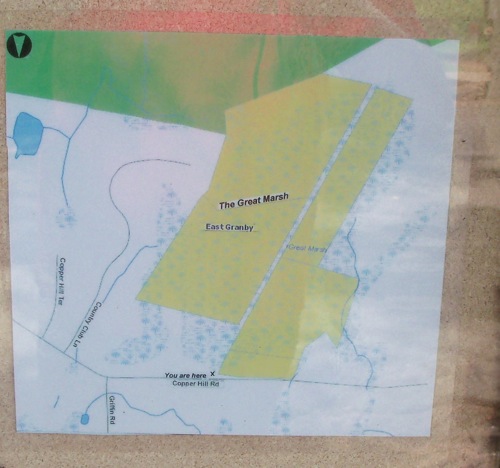 I turned around and headed back north from there.  Here’s a picture of part of the Great Marsh: 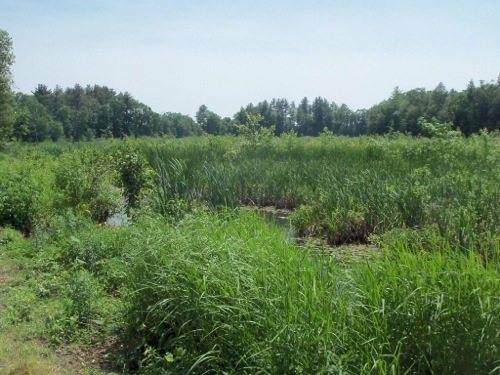 That’s looking west from the trail.  Looking east I saw some turtles: 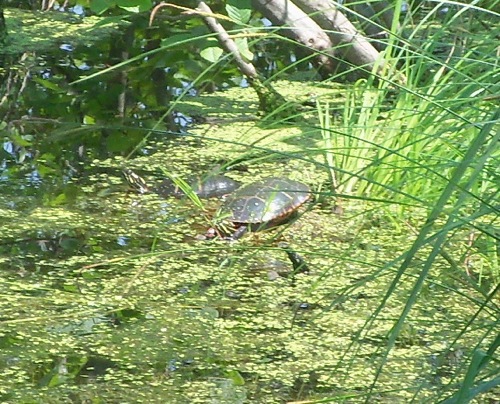 Just after I started taking pictures of them, they both slipped into the water.  Bashful creatures, those turtles.

I did the hill climb by the hospital with no problem, and went back up through South-, East-, and Northampton toward home.  My total distance for this ride was 71 miles, and the total time (including the lunch stop) was 6.5 hours.