Blog : One Trail Opens, Another Closes

One Trail Opens, Another Closes

Here’s a brief summary of 2 rides I went on in late August and early September.  First, I headed southwest to Westfield, to see newly completed bits of bike trail there.

I had ridden down there earlier in the year, when construction had begun on extending the Southwick trail up into Westfield.  I went the same way down – taking trails down through Easthampton, and then riding past this intersection with the blinking lights in the stop sign: 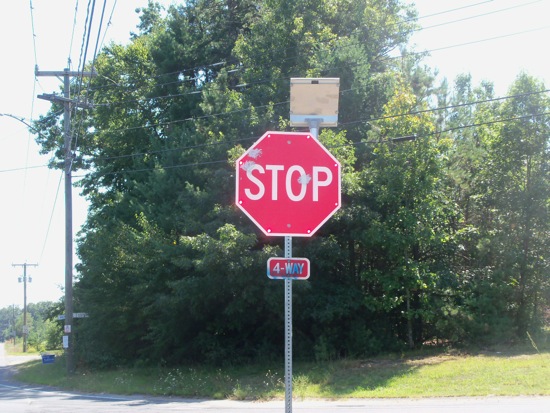 When I rode past here back in May, there were 3 abandoned shoes lying there.  Those 3 shoes were all gone this time… and there were 2 new ones: 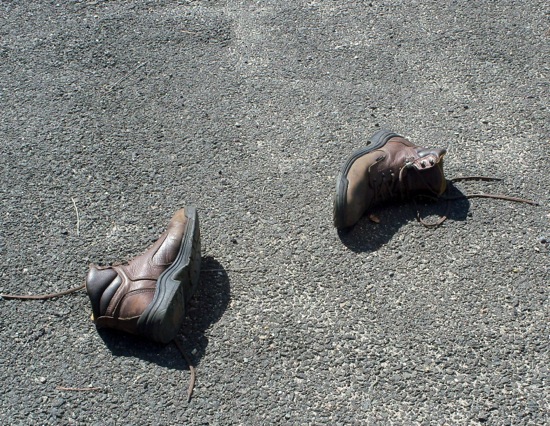 (‘new’ in the sense of being new to this location, anyway)

I got to the trail entrance in the south part of Westfield, where in May there was dirt trail and preliminary pavement heading to the south.  Now there is finished pavement going in both directions from the road.  Here is the view of the trail heading south to join the Southwick one: 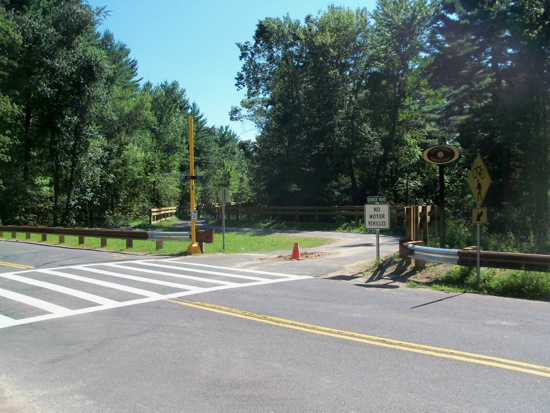 And here is the new section heading north toward downtown Westfield: 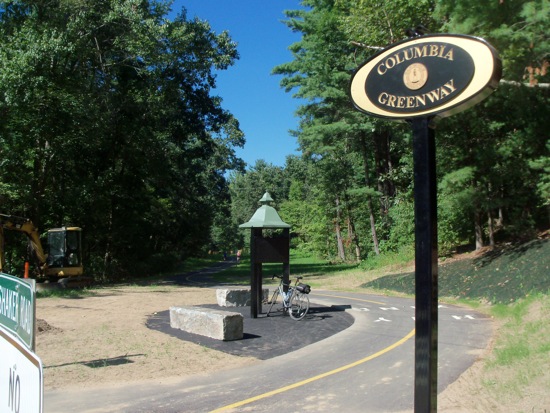 (my bike poses for the camera in the middle, there)

I rode north on the trail, and quickly came to where it ends in the middle of the woods.  There is plenty more length for them to pave yet.  The new section does have a couple of access ramps, though, which head up into quiet side streets.  I went up one of these and then rode up through town via route 10 (and followed that road back to Easthampton).

On Labor Day, I took a trip up to Greenfield.  On the way, I rode from Hadley into Amherst on the Norwottuck trail, and checked out the temporarily closed section: 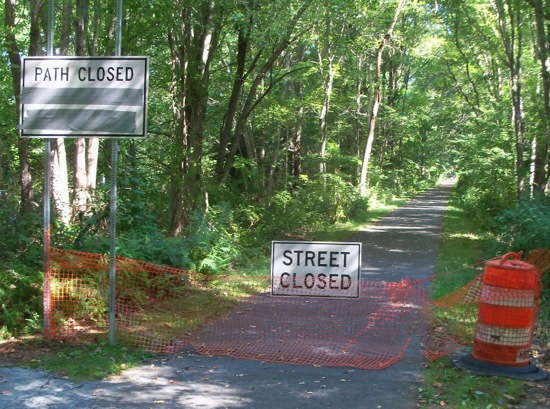 The state conservation and recreation dept. closed it for reconstruction of a bridge that carries the trail over a side street in Amherst.  There was a detour directing trail users onto a dirt/gravel path: 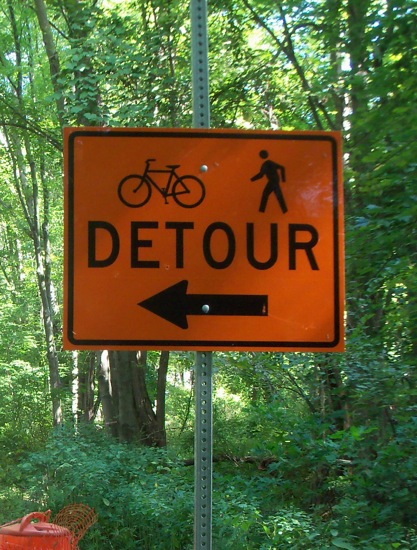 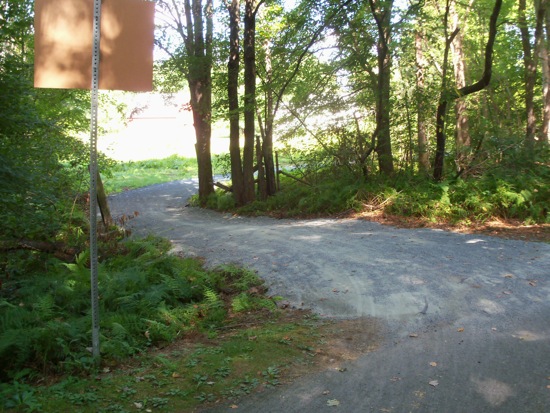 Here’s the new bridge that’s being built, as seen from the road: 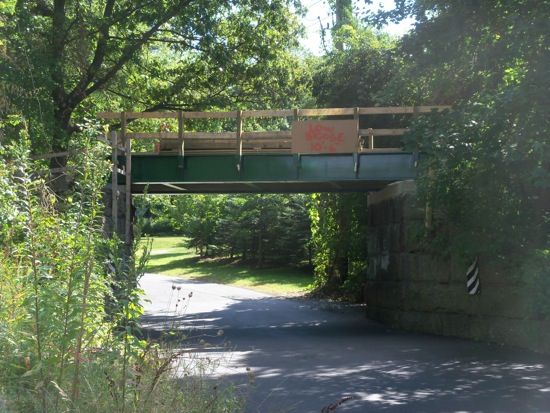 and seen from the other side of the closed section: 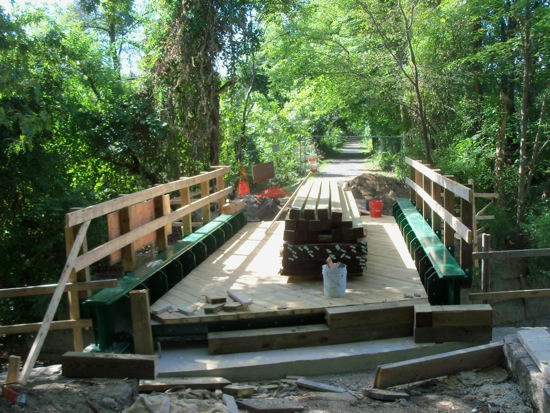 From there, I headed up through the UMass campus, and through Leverett, Montague, and Deerfield to get to Greenfield (including riding on the nice trail in Turner’s Falls).  In Greenfield, I had lunch at the People’s Pint, so as to enjoy their homemade sodas (as I did once last year).  I made sure to have the Orange Cream this time, as I hadn’t tried it before.

I rode home through a section of Deerfield I’d been though on a previous ride, but then followed an unfamiliar road that goes along the Deerfield River for a bit.  Here’s where the road (and the river) passes under Interstate 91: 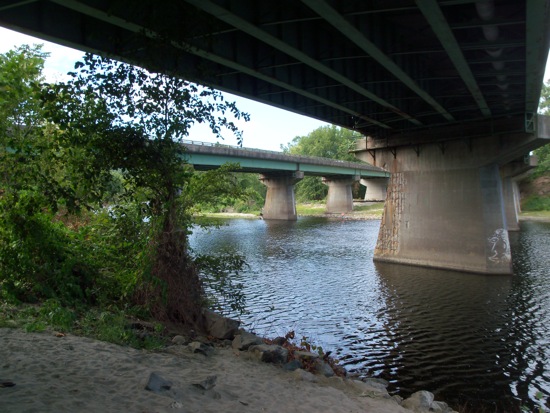 Here’s the view to the right of that, looking downriver: 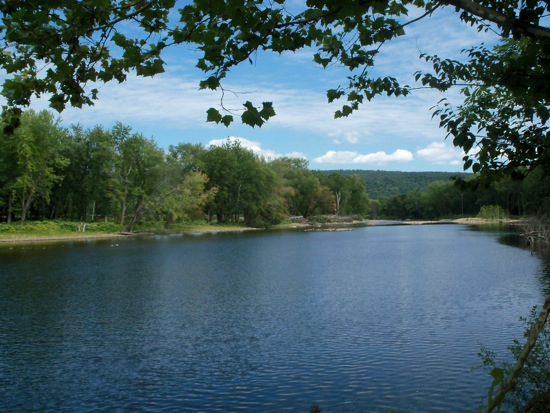 From there I headed through Deerfield center, and headed on more familiar roads down to Northampton, and home the usual way.  Each of these rides was in the neighborhood of 60 miles.