Blog : The Meadow Is Long

The Meadow Is Long

Here’s another bike ride I did this summer.  I rode down to the town of East Longmeadow, which is south of Springfield.  I’d never been there before, so I wanted to take a look.

My ride initially took me through South Hadley and Granby, into Ludlow.  Just before one hits the Mass Pike in Ludlow, there is a municipal beach on a little lake: 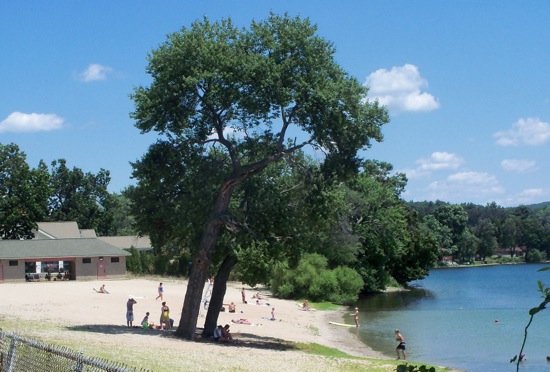 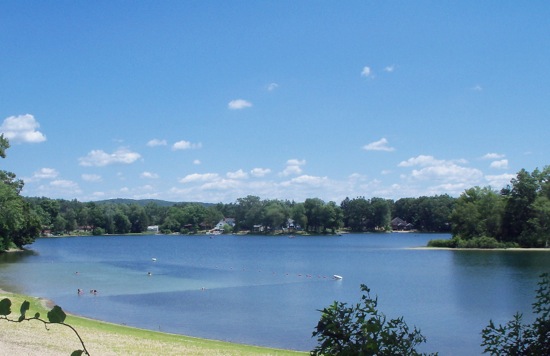 Further south, past the Pike, one can cross a bridge into the eastern end of Springfield, which I did.  I then headed a little further east into Wilbraham, and then went south.  I came to this golf course with a nice view at one point: 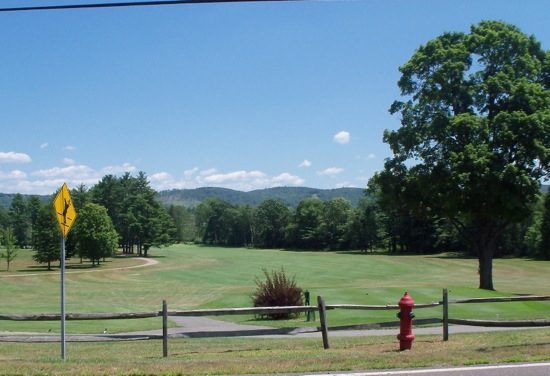 They had this sign there, the likes of which I’ve never seen before: 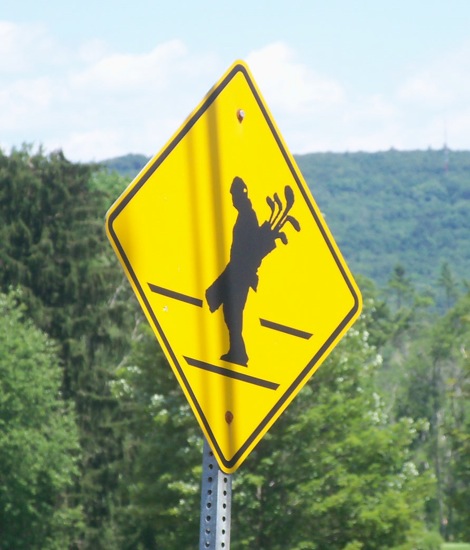 (as I don’t play golf, though, it’s possible that lots of courses have such a sign)

From Wilbraham I angle to the southwest and headed to the town center of E. Longmeadow.  It has a 7-point intersection: that is, there are 7 input/outputs in one spot.  Here are a couple of views of that intersection, though to really get a good idea of it you have to be there (and it’s also clearer on maps – just google East Longmeadow, MA): 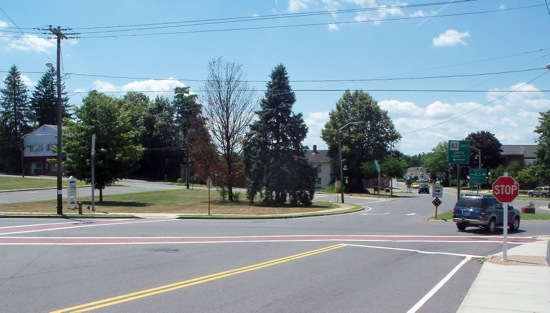 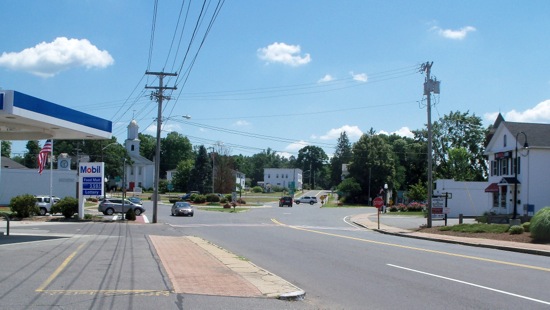 You can’t really see all of the streets in either of the photos, obviously.

On the map, when I was planning the ride, I saw that there was a bike trail of some kind in the town.  I found it and rode it – it’s called the Redstone Trail, and is about 1.5 miles long.  Here is the northern end: 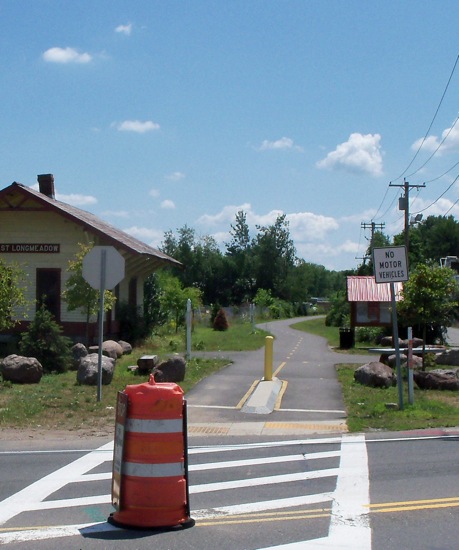 and here’s the south end: 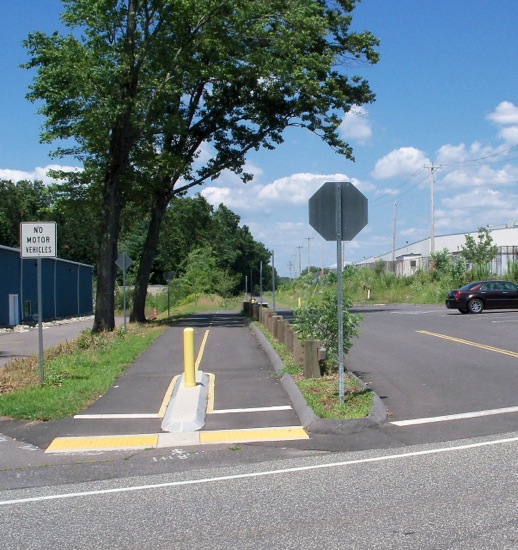 After riding that path I looked for a place to have lunch, but did not find any place especially interesting.  There is a middle eastern place in the town, but it’s closed on Sundays, which is the day of the week I was there.

I headed northwest, and found this little park with a whole lot of geese (not sure if this was in East Longmeadow or Longmeadow, which is a separate town): 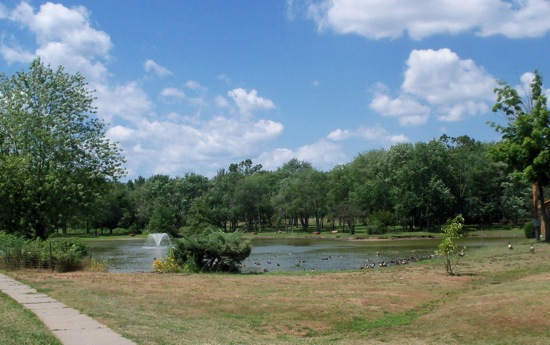 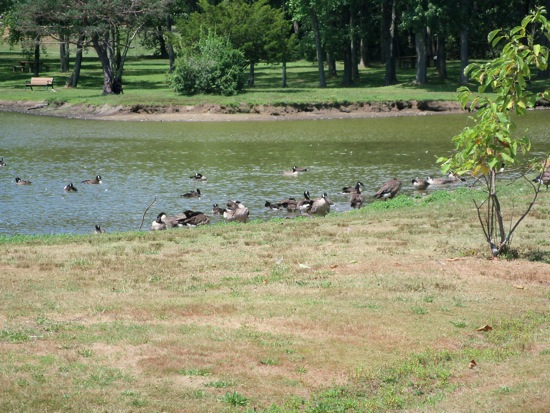 Many of the geese were walking in a series of groups toward the baseball diamond, and then into the diamond: 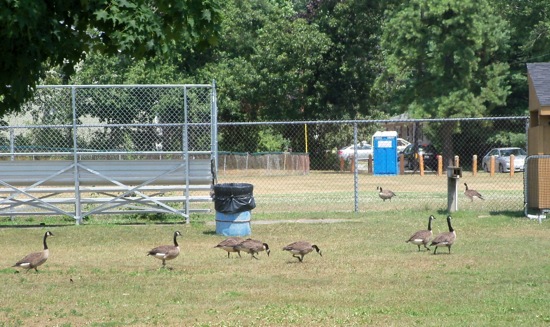 What’s special about that location for them, I have no idea.

I got up into Springfield, and ended up eating lunch at Bueno y Sano (a great burrito place which I’ve eaten at in Amherst and Northampton several times).

As I neared downtown Springfield after lunch, I headed for my other objective on this ride – checking out the riverside trail there, which I’d never seen, only heard about.

The path is part of a riverfront park that is separated from the rest of the city by railroad tracks.  There are only a few places to cross the tracks.  I went over a walking bridge that is up a few flights of stairs.  Here are some views from the platform at the top of the stairs: 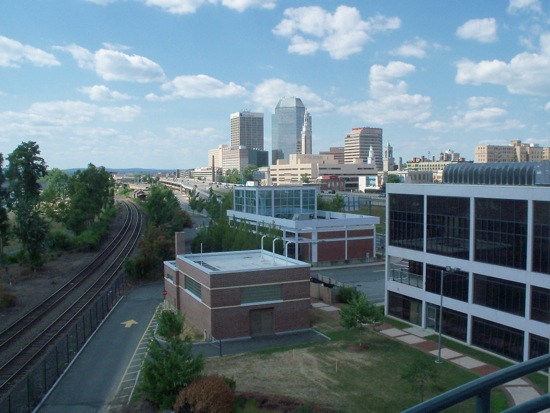 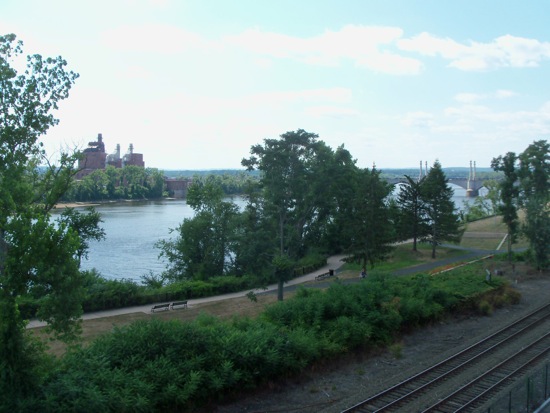 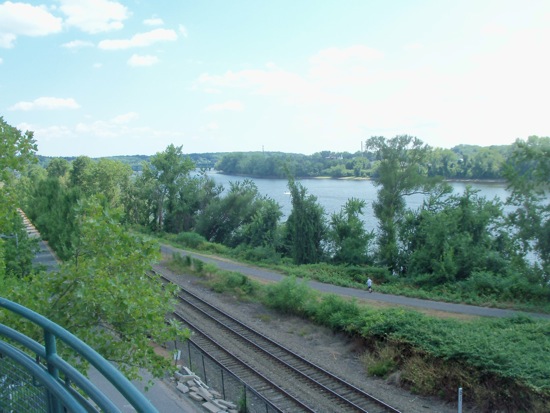 Here’s the actual bridge over the tracks – it’s one level below the viewing platform: 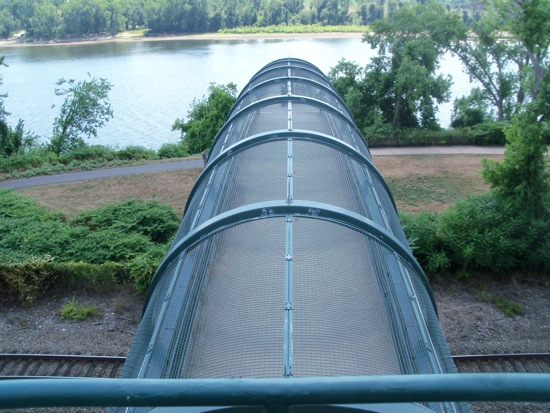 The bridge seen from its own level: 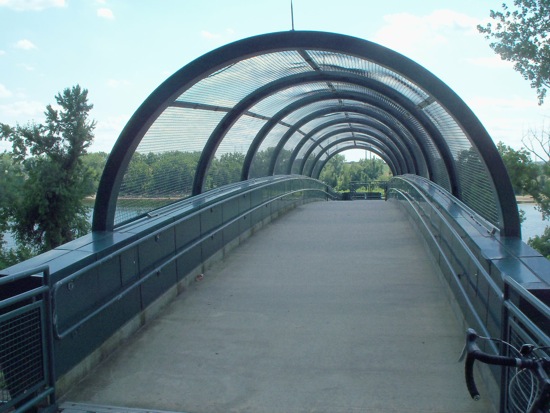 On the far side of the tracks the bridge has a series of ramps to get you to the ground, rather than stairs (technically there is an elevator on the side I came up, but it wasn’t a big deal to carry my bike up the steps).

Once on the path, I rode north to see how far it would go.  Here’s a river view: 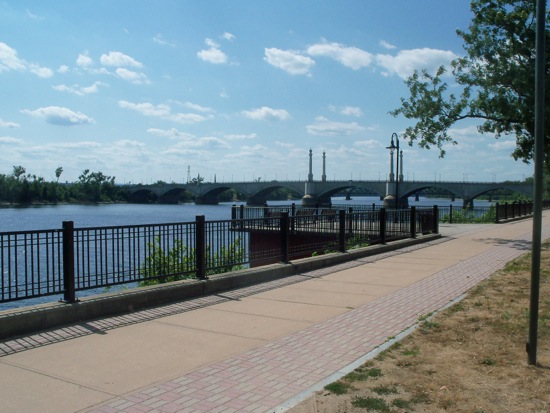 At one point, the path gos into its own sort of bridge, and rises: 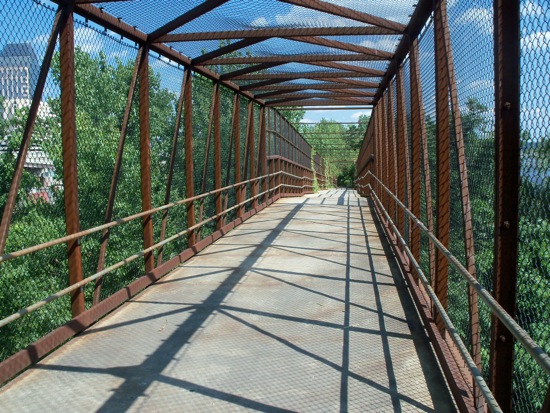 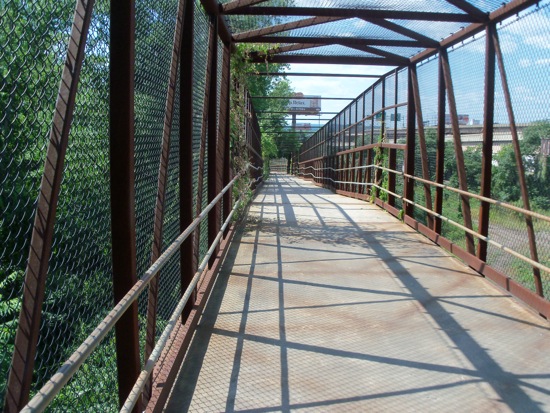 This path bridge is to go over a set of train tracks that cross the river: 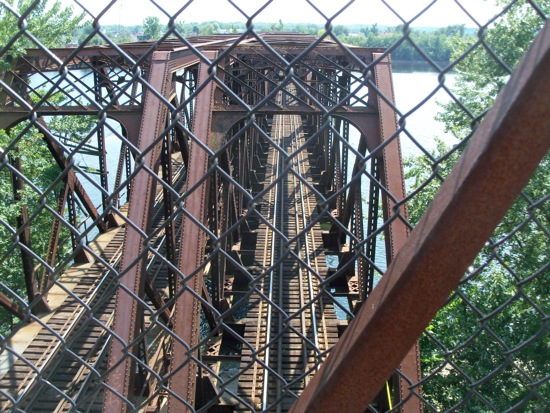 While above the tracks I took this picture (which you may have seen on my Will Bike 4 Food fundraising page): 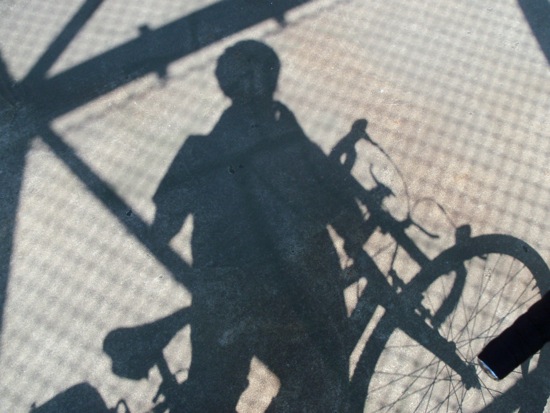 After that, the path descended to ground level again, and headed up into the city’s north end.  I got off where it ended and rode up into Chicopee.  I soon had to cross the Chicopee River, which is accomplished with this little temporary bridge right now: 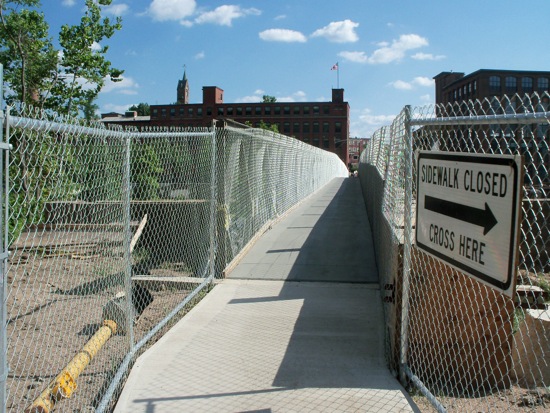 This is there for pedestrians and bikes while a street bridge is being rebuilt: 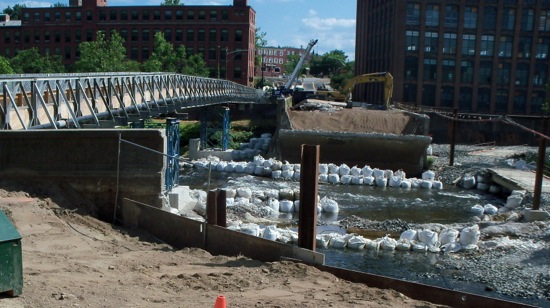 That’s the temp bridge on the left.  Cars have a detour that involves the freeway.

Here is the view upriver: 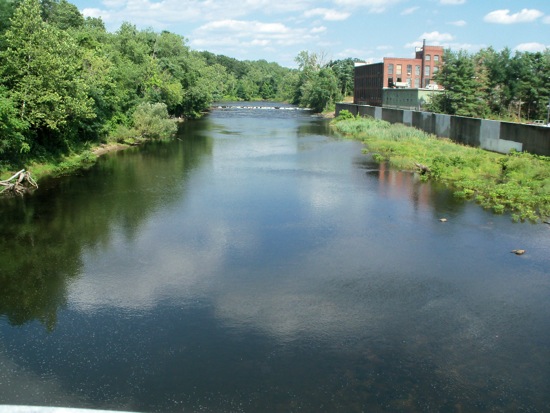 From there, I headed up through a bit of Holyoke, back into S. Hadley, and home.  My total distance for the ride was 56 miles.