It has been quite a long time since I last posted on the blog.  My previous post was about 1 year ago.  There’s no particular reason I went so long – I just kept not getting around to it.  But, now I am back, and will talk a little about what was happening last September.

I had signed up to ride in the second year of Will Bike 4 Food for The Food Bank of Western Mass, and had raised a bunch of money in donations for the event.  The weekend before that ride, I went on a shorter route for the Northampton Cycling Club’s Bikefest.  That took place last year on 9/22, and I was riding 72 miles.

The route covered a lot of roads that I was familiar with, first heading from Florence into Williamsburg, and then north and west to Ashfield (which involves a long, slow hill climb – and I do mean long).  From there it went east on some very quiet country roads into the town of Conway.  The morning was cool and cloudy, and in the section between Ashfield and Conway there was some fog to be seen: 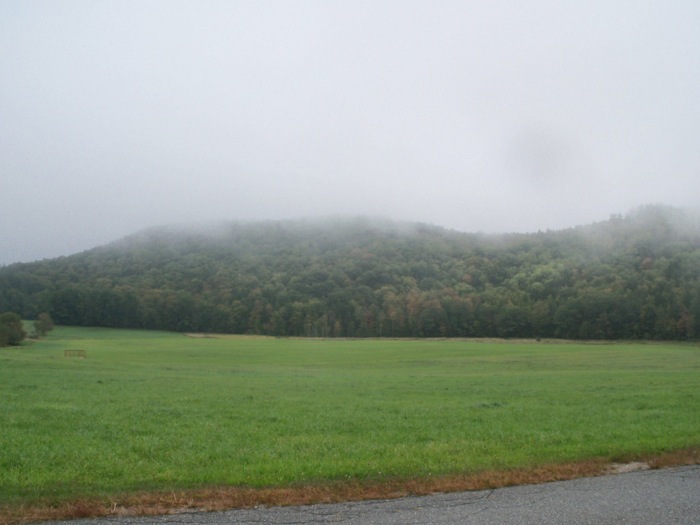 Soon after that, the route went north into Buckland, and to the Shelburne Falls section of town.  Coming into the Falls, I came to the first of 3 water and snack stops: 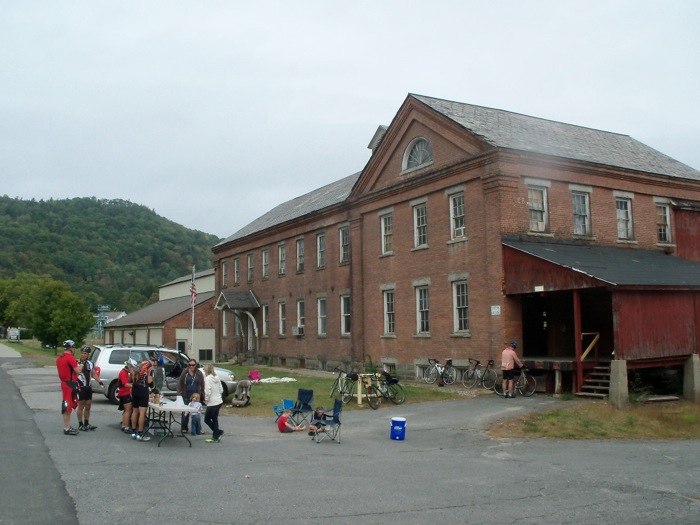 The building is, I believe, a cutlery factory.

From there we crossed the Deerfield River and climbed a bit of a hill in the town of Shelburne.  Here’s a view of the river while heading up that hill: 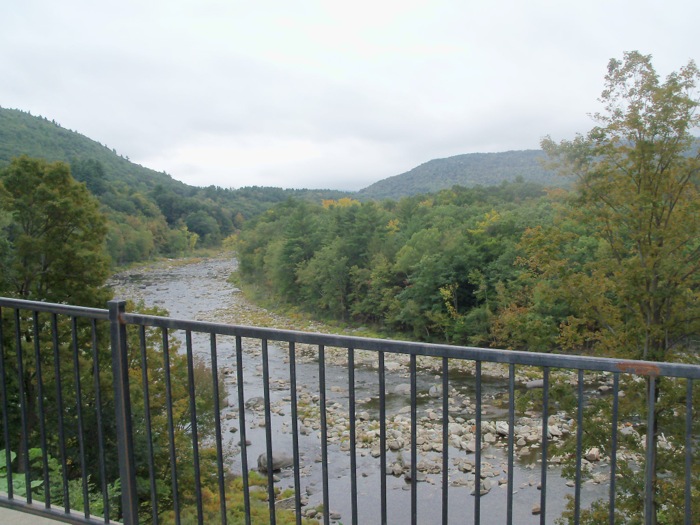 The ride went east for a ways, until we reached Greenfield (this was the part that I had never ridden, and which had some more hills), and then started going south, coming to the second stop, which was outside a bank: 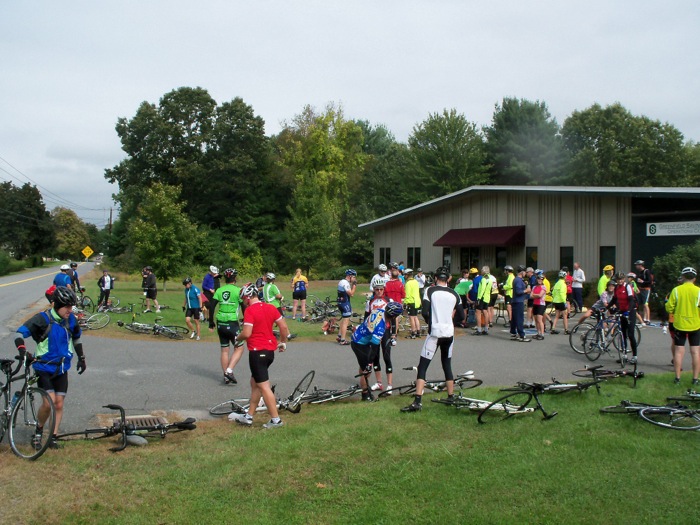 At this stop, there were bagpipers: 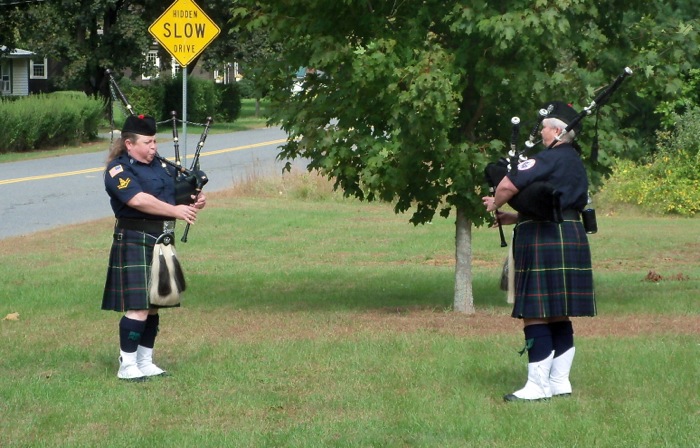 I guess they were there for entertainment.

From here I went south some more, crossing the Deerfield again, and then the ride progressed northeast through Historic Deerfield.  The ride took the bike bridge across the Connecticut River into Montague, and then headed south to the Book Mill.

Just past the Book Mill was the third rest stop.  It was shortly after I left that stop (about 50 miles or so into the ride) that I started to have pain in my right knee.  It wasn’t the usual muscle soreness that one can get on a long ride, but a sharp pain right in the joint as I was pedaling.  I tried to take it easy on that side, but I couldn’t get the pain to go away completely, except by not pedaling.

Fortunately, there were no real hills left in the route, but it was painful to get through the flat areas of Whately and Deerfield before I made it back to the starting point.  I did finish the 72 miles, hoping that my knee just needed some rest.

A couple of days later, I rode my bike to work, and experienced the same pain after only a few miles.  At that point, I made an appointment to see my doctor.  He examined me and had me get an xray, and it seemed that there was some misalignment in my knee such that the kneecap was grinding against my femur.  It only seemed to be painful when pedaling my bike, but he thought I would only make things worse by doing any more long rides, so I had to bow out of the Food Bank ride the next weekend, to my disappointment.

I did start visiting a physical therapy clinic, and over the course of 2 months saw 3 different therapists there.  I got mixed advice from them, but they did give me stretches and exercises to do which seemed to help align things better and strengthen important muscles for biking.  I have not had any further problems with the knee.  Another step I’ve taken to help keep my alignment good is to put pedal cages on my bike, which serve to keep my feet in a consistent position on the pedals.  In the past I might have moved them around a lot and had my legs at various angles when pedaling, which probably contributed to the misalignment.

Coming up, posts on this year’s riding.