Blog : March in May, not June

March in May, not June

This year, my workplace, Holyoke Health Center, registered a contingent in the Northampton LGBT Pride parade, and I was one of the people who marched.  Despite living in the Pioneer Valley for 5 years, I had not before ever seen this parade, mainly because it isn’t held at the same time as in other parts of the country.  Most cities in the U.S. have Pride celebrations in the month of June, but Noho Pride takes place the first Saturday in May each year.  I have not yet discovered the reason they hold it so early, but there you go.

The day turned out to be unseasonably warm – certainly a lot warmer than the days that preceded and followed it.  The staging area for parade groups was in Lampron Park, about a mile from the downtown rally site.  Here are some members of our contingent while we waited to line up:

Other folks around us: 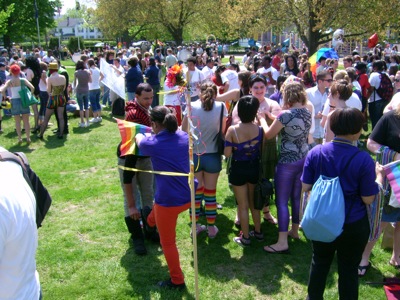 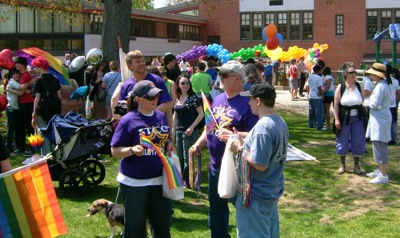 Right next to us was the local shadow cast for the Rocky Horror Picture Show (who perform at the Tower Theaters in South Hadley): 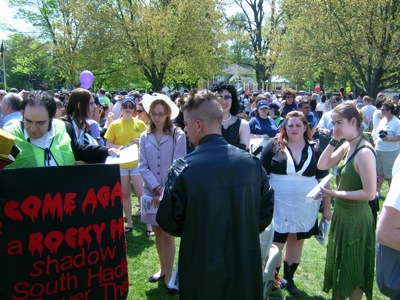 Here’s our banner, which I helped carry in the parade:

After a bunch of waiting, we finally got in line: 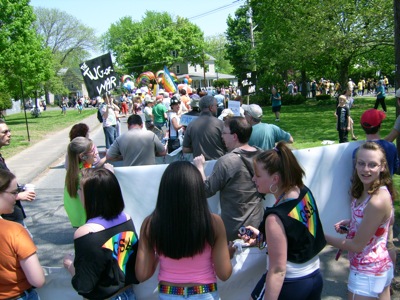 We ended up behind a high school gay-straight alliance, but I didn’t catch which school.

Here are some shots of the crowd as we headed into downtown: 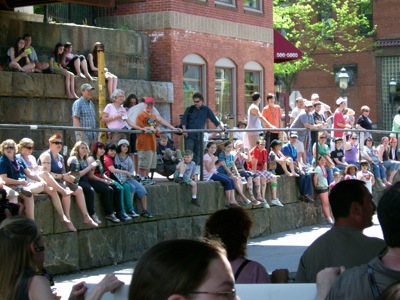 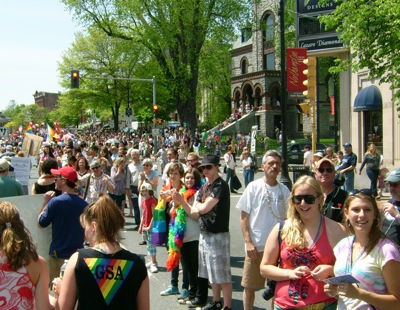 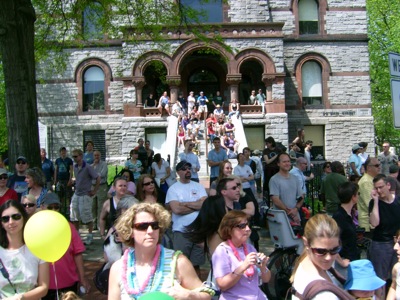 Here’s some of the HHC people while marching: 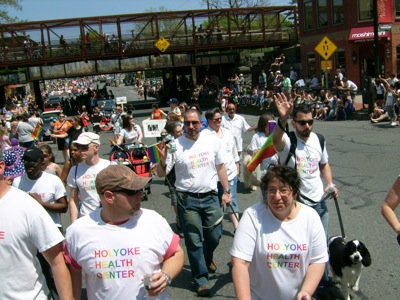 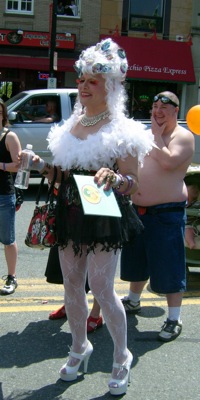 And some more crowd shots as we passed City Hall: 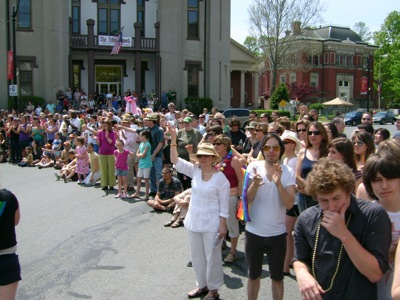 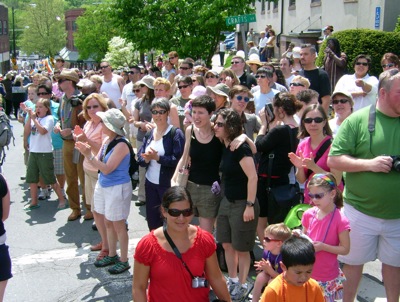 As the parade ended, there was a large drum and hula hoop corps performing:

As I got to the rally, the mayor (who is lesbian herself) was giving the Pride Day proclamation: 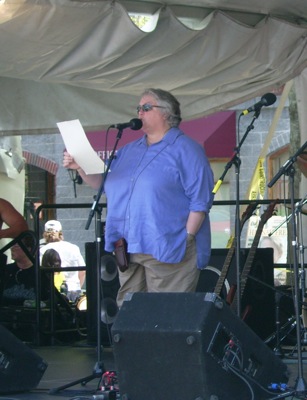 I stuck around a bit to grab some food and look at the vendor booths, but didn’t stay for the afternoon of entertainment.  I did climb up to the top of the downtown parking garage to take some crowd pictures: 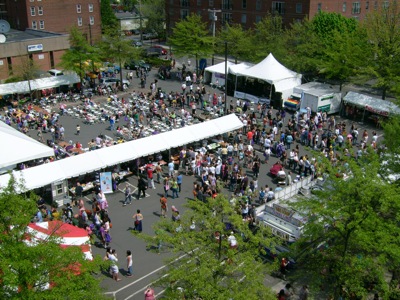 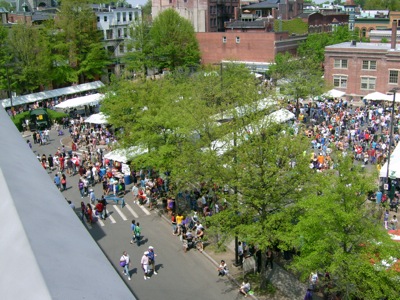 On my way back to the car, I noticed these rainbow sculptures in front of a store: 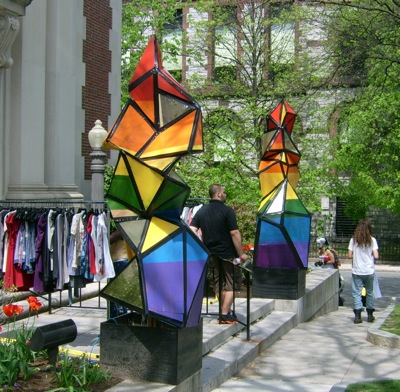 I certainly had a fun time, though very different from past such events I’ve done.  In the past I’d usually participated in pride marches in areas which were more hostile to queer rights (i.e. the Midwest), and enough years ago that the national political and social climate was very different.  It was interesting not to see anti-gay counter-protestors, and not to have a political purpose to present to the local community and/or politicians – basically, just a big party.