Loop Leads from Leeds to Leeds

Back in Mid-May, during Bike Week, I took part in a fundraising bike ride for the Hotel Bridge, a little landmark in the Leeds section of Northampton.  This didn’t involve me raising any money – riders just payed a registration fee and the proceeds from that went toward an engineering/restoration study of the bridge.

I wanted to go since I had not yet been on an organized ride in the Pioneer Valley.  They had 10, 25, and 50-mile routes, and I chose the 25, not feeling like I was up to doing 50 yet this year (I didn’t ride at all over the winter).  The ride began in this business parking lot in Leeds: 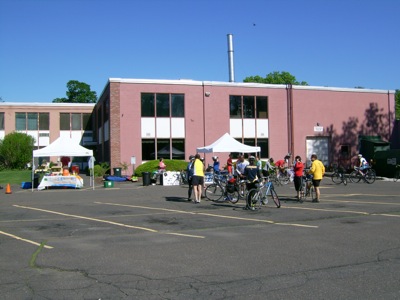 Soon after getting underway, I passed this dam at the base of a reservoir: 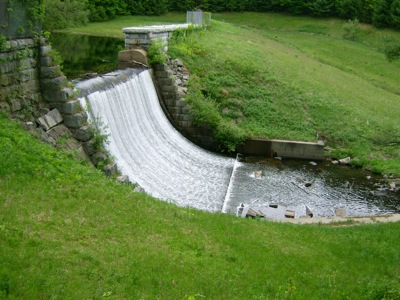 Here’s the other side of it: 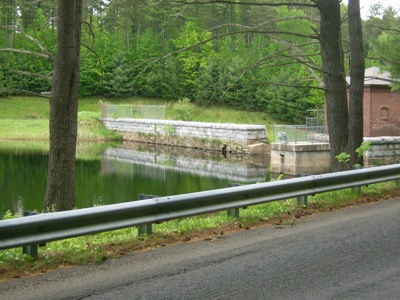 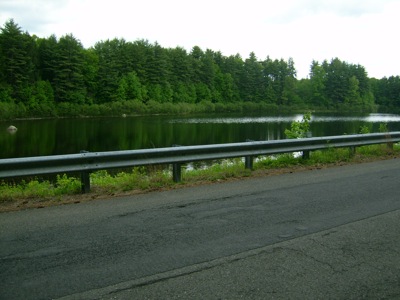 The actual route was a fairly easy one, with only a couple of significant hills.  It did take me through parts of Northampton and Westhampton that I had not really seen before, so that was cool.  The weather was very pleasant, alternating between cloudy and sunny.

There wasn’t a whole lot of interesting picture fodder along the way.  What I did see included this grazing horse: 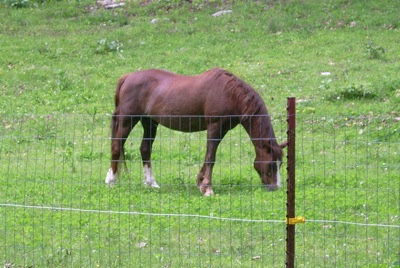 and this stone wall: 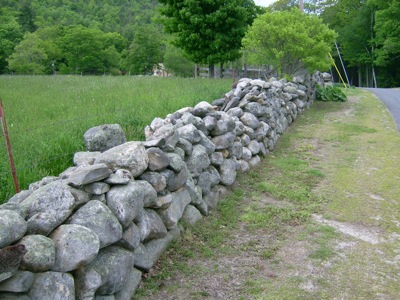 Once I got back to Leeds, the route went over the Hotel Bridge itself shortly before returning to the starting point.  The bridge is open only to bike and foot traffic, but preservationists hope to have it available for cars again one day.  Here’s the bridge before I crossed it:

A view from the bridge: 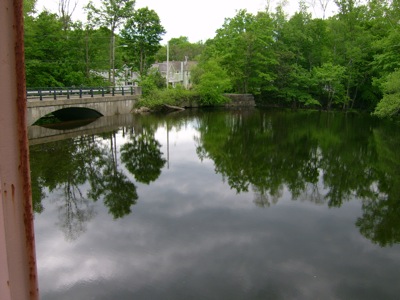 and here is the bridge from the other side, once I’d crossed: 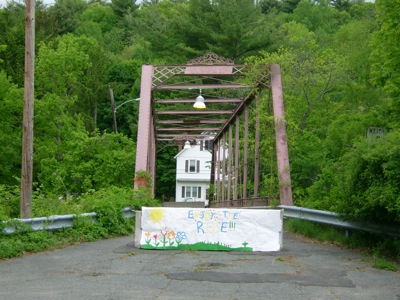 My total time was about 2 hours, 20 minutes.  For doing the ride, I got to take a couple of things home.  They were giving away helmets (which had been donated, I believe) to anyone who filled out a survey for MassBike, and given that I’d been thinking of getting a new helmet, and that I liked the color, I got one: 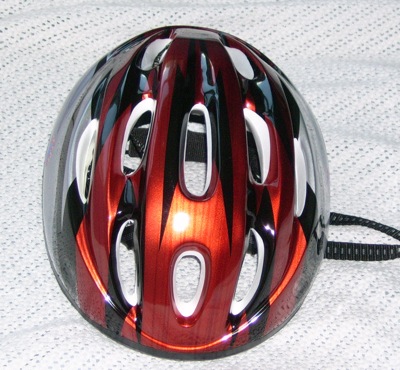 These t-shirts were also available as part of the registration fee: 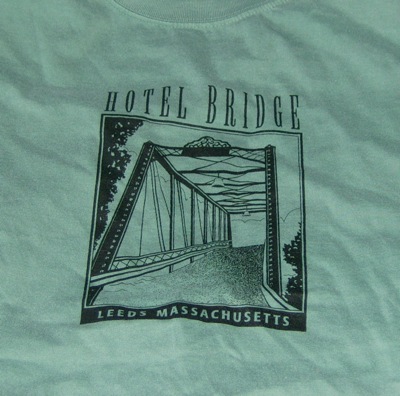 All in all, a fun way to spend a Sunday morning.  I’ve gone on some longer rides since this one, but those will be detailed in future posts.