On my second day in England, I returned to Oxford and took a boat tour of the Thames River (the waterway also known in that city as the Isis).

I walked down to the tour place a bit early and bought my ticket, and then walked around until the departure time.  Here’s the river, seen from Folly Bridge, right near the tour boat launch: 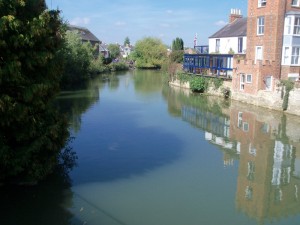 I walked down near the river and saw a bunch of geese feasting on bread someone had thrown there: 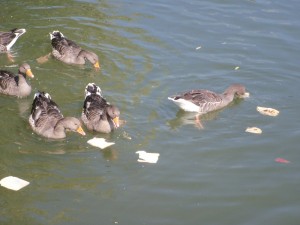 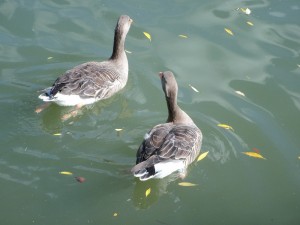 I walked south from there, away from the river, and in front of a house I saw some birds I did not recognize.  I found out later that these are magpies: 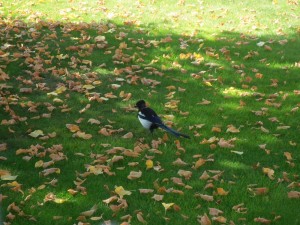 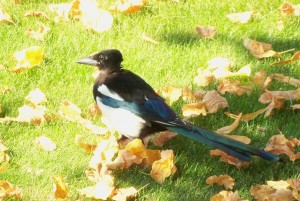 I noticed a path that went off the road alongside some athletic fields, and saw that the sign indicated that it was a public path that went through to the river.  So I walked through there and came out on the Thames Path.  Looking up river there were several University boathouses: 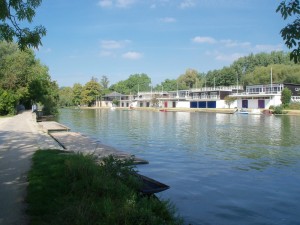 Here’s the view downriver from the same spot: 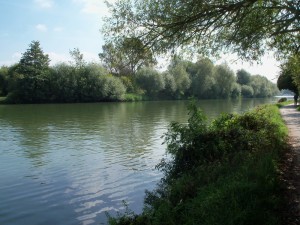 I followed the path upriver, back toward the tour place.  On the way, I saw several houseboats that were moored by the side: 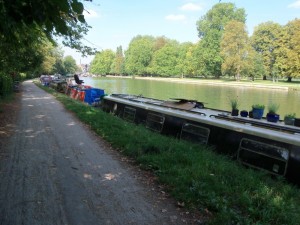 Some of which had a lot of plants on them: 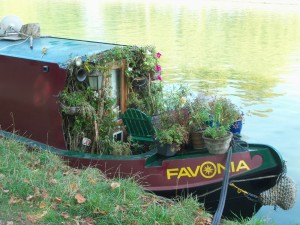 Apparently there are a lot of river sections where the public can moor for a few days at a time.

Here’s a view of a park across the river: 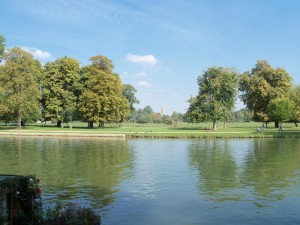 I got back to the boat launch and soon was able to get on board the small boat.  There were about 8 other passengers, and fortunately there was a canopy over most of the boat, as it was quite sunny. 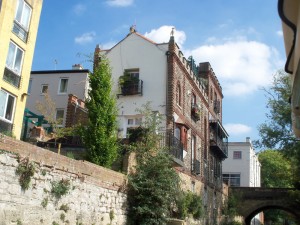 We passed the boathouses I had seen from the shore, and a few more.  These are the oldest ones, apparently: 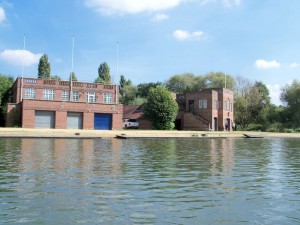 We turned around at Iffley Lock and then headed upriver for the major portion of the tour.

This included going through a lock, where the boat pilot got out and operated the controls to close the doors and fill the lock.

Here we are heading into the lock: 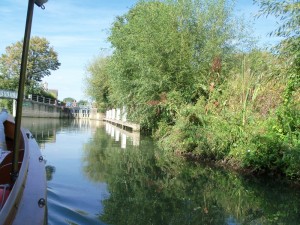 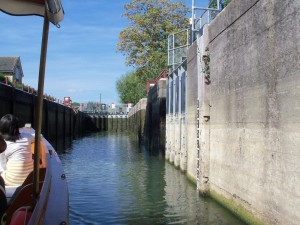 As the water filled it, there was a duck floating there with us: 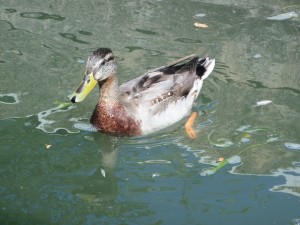 And here is the lock open for us to continue upriver: 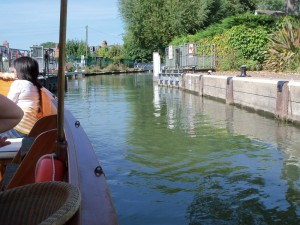 At one point, a person on the shore was taking our picture.  I tried to get a photo of him while he was doing so, but I wasn’t quick enough: 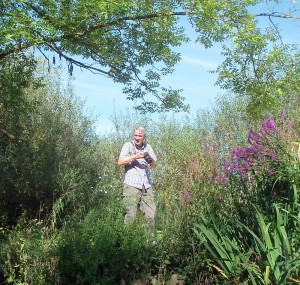 Some other views on the sides of the river: 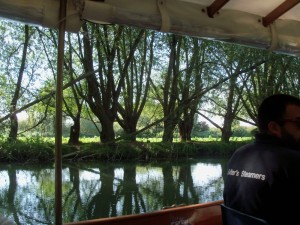 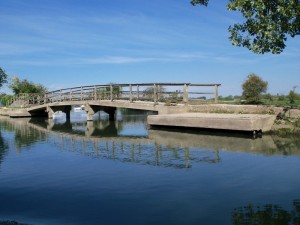 The north end of the tour was at Port Meadow, which is common land in Oxford (and also a floodplain).  There were a whole lot of birds there: 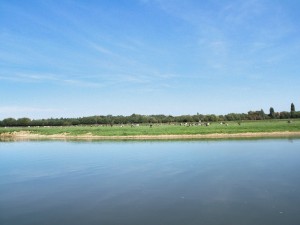 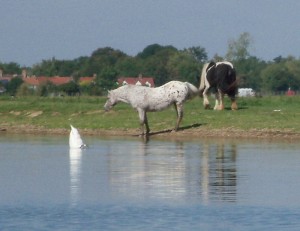 That swan kept dunking its head when I wanted to take its picture.

I did get a closeup of this heron, though: 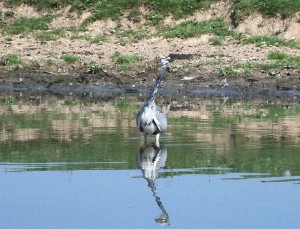 Here’s a building I thought was neat looking as we were headed back downriver: 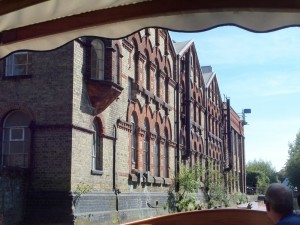 An obelisk along the bank: 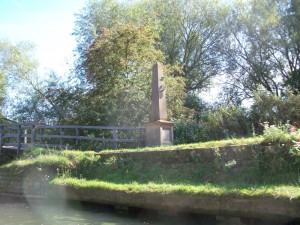 I think this is a train bridge: 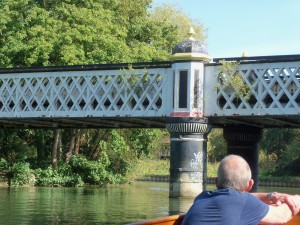 After the tour ended, I walked back toward the train station, happening to pass Oxford Castle on the way: 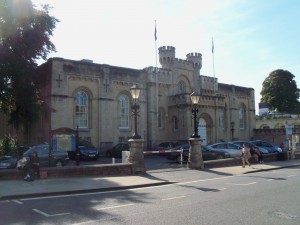 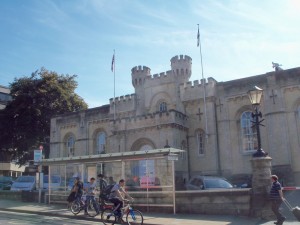 And this is a canal that flows through the city: 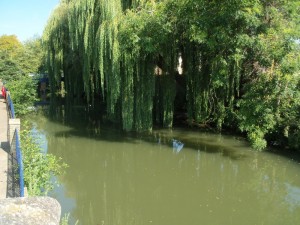 I took the train back to Didcot, where I collected my luggage from my friend’s place, and then boarded another train to head to London, where I would spend the next 5 days.