Once again I attended a concert by They Might Be Giants.  Like the previous 2 I went to, this one took place in the Calvin Theater in Northampton.  Unlike any other TMBG show I’ve been to, this one was on New Year’s Eve.

I took pictures using both my regular camera and my iPhone, so the quality varies.  Some of the images have been enhanced because they were too dark (at some point I will play with the iris settings on the camera so that it doesn’t darken down stuff when the flash is on and the subject is far from the camera). 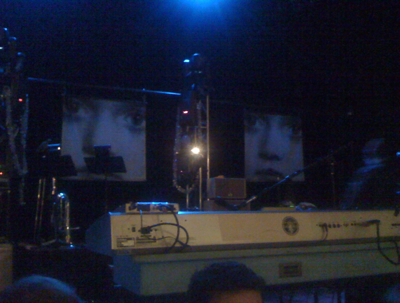 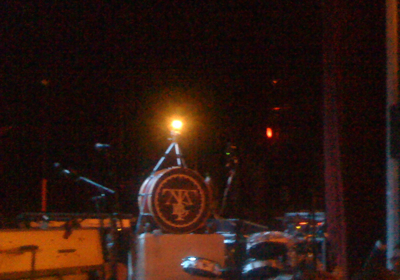 They had plastic pigeons all over the place.  Here you can see a couple on the main drum kit: 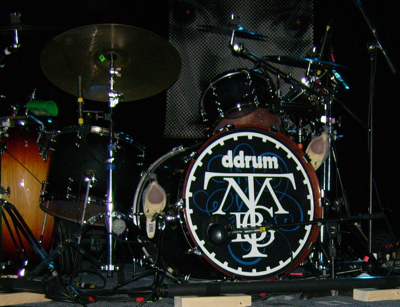 I was pretty close to the stage, having a depth of 2 people in front of me at first, more like 1 as the night went on.

There was a brief opening set by Peter Stampfel, who is formerly of the group The Holy Modal Rounders, and his daughter Zoe.  I was not familiar with Stampfel or the Rounders before this.  It was sort of folksy, bluegrassy, irreverent, and odd all at once.  Fun stuff, though Peter seemed to forget some lyrics a couple of times, and he didn’t seem to have a lot of physical stamina for performing.  The only pictures I managed to get of them are overexposed: 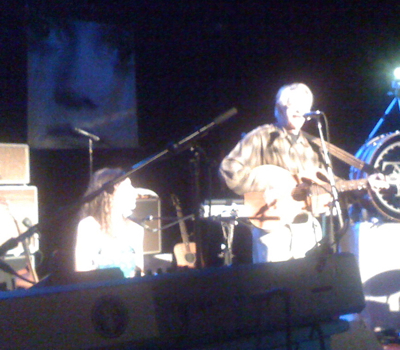 That set only lasted 30 minutes, and then approximately 45 minutes passed before TMBG took the stage.  They had horn players with them once again, in addition to the 5-member group they’ve been for years now.

The stage layout was different than they’ve ever done before, as there were 2 drum sets, one on each side.  John Linnell’s keyboard was at the front of the stage, but was directly in the center, rather than its usual location off to one side (generally he’s been stage left).  Here’s Linnell at the keys: 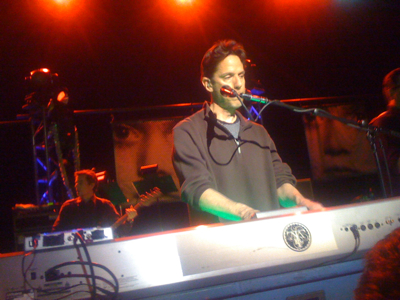 I took notes on the setlist on my phone, so I can reproduce all the songs in order here:

At this point in the show, Marty moved to the electronic drums, and John Flansburgh talked about how Marty had programmed them with special sounds.  Marty demonstrated the odd sound samples that corresponded to the different pads, and then they played

Marty on the little electronic set: 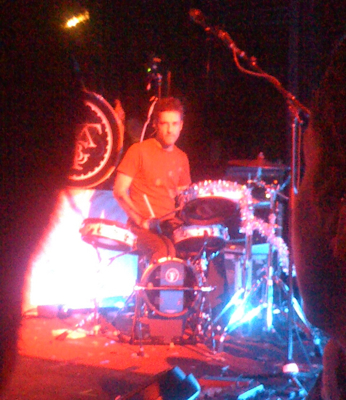 After that, the special guest of the show arrived: The Deranged Millionaire.  This character, played by John Hodgman, first appeared on the band’s DVD Venue Songs, in which he was the driving force behind the band creating special songs for each venue they played in on their 2004 tour (apparently he had bought Brooklyn, and was going to kick them out if they didn’t do the songs).  During this concert segment, they played several of those venue songs, with Hodgman talking about each venue and its city, and maybe explaining the song.  He appeared on a projection screen: 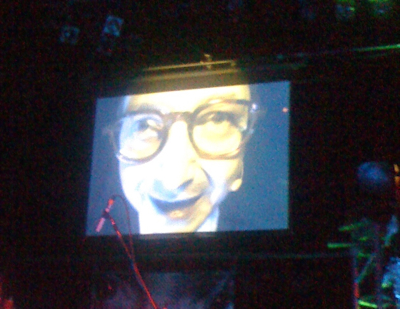 but was doing his thing on stage in front of a little video camera (which was mounted on a lone bass drum): 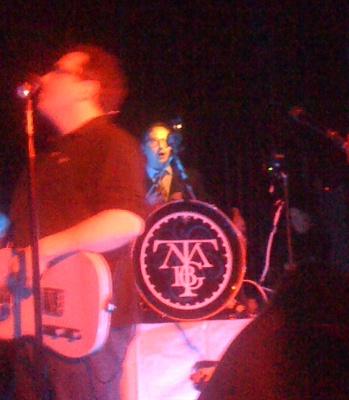 He clearly didn’t have all his lines memorized, as he kept looking at what I assume was his iPhone: 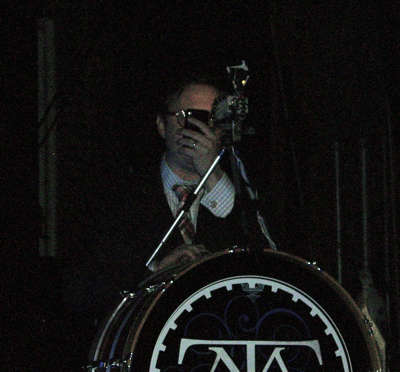 The venue songs that were played:

These songs were done with Marty on the usual drums, and without the horns.  After these, they played:

Here are some shots of the horn players (I don’t remember exactly when in the concert they occurred): 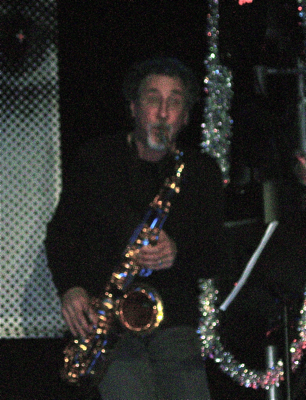 The band exited the stage, and then came back for the first planned encore.  In this, John and John got in front of the video camera with some knit sock puppets: 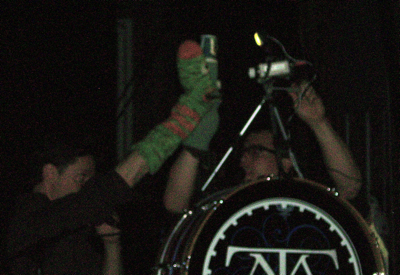 Here they are on screen in a couple of blurry shots: 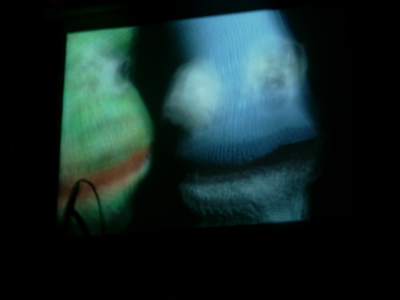 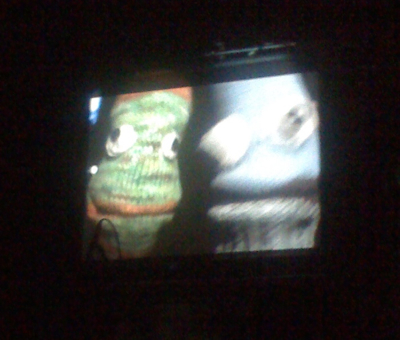 Dan Miller, the guitarist, went to the keyboard at this point, and Marty got out a board with 3 “ring for service” type bells on it. 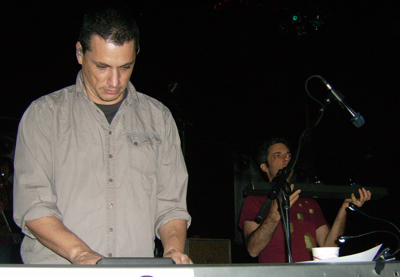 And with this setup, they played:

and then they took up their normal instruments for

They left the stage again, and came back for one more encore, which contained 2 songs:

In this show, they had their normal confetti cannon, which was fired off near the beginning of the evening.  However, they also had a different cannon, which kept firing confetti into the air continuously for a minute or more, fired during the second encore.  I turned around and got a picture of the stuff floating above the audience: 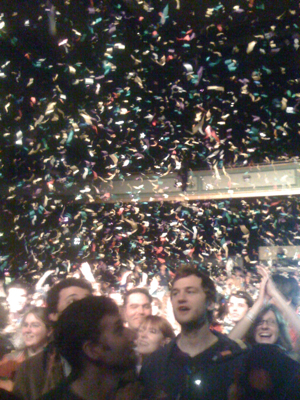 And that was pretty much the night.  It was a good long set – the total time TMBG spent on stage was about 1 hour, 45 minutes.  We got out of the place a little after 11:00, and I headed for home, ringing in 2010 in my own living room.